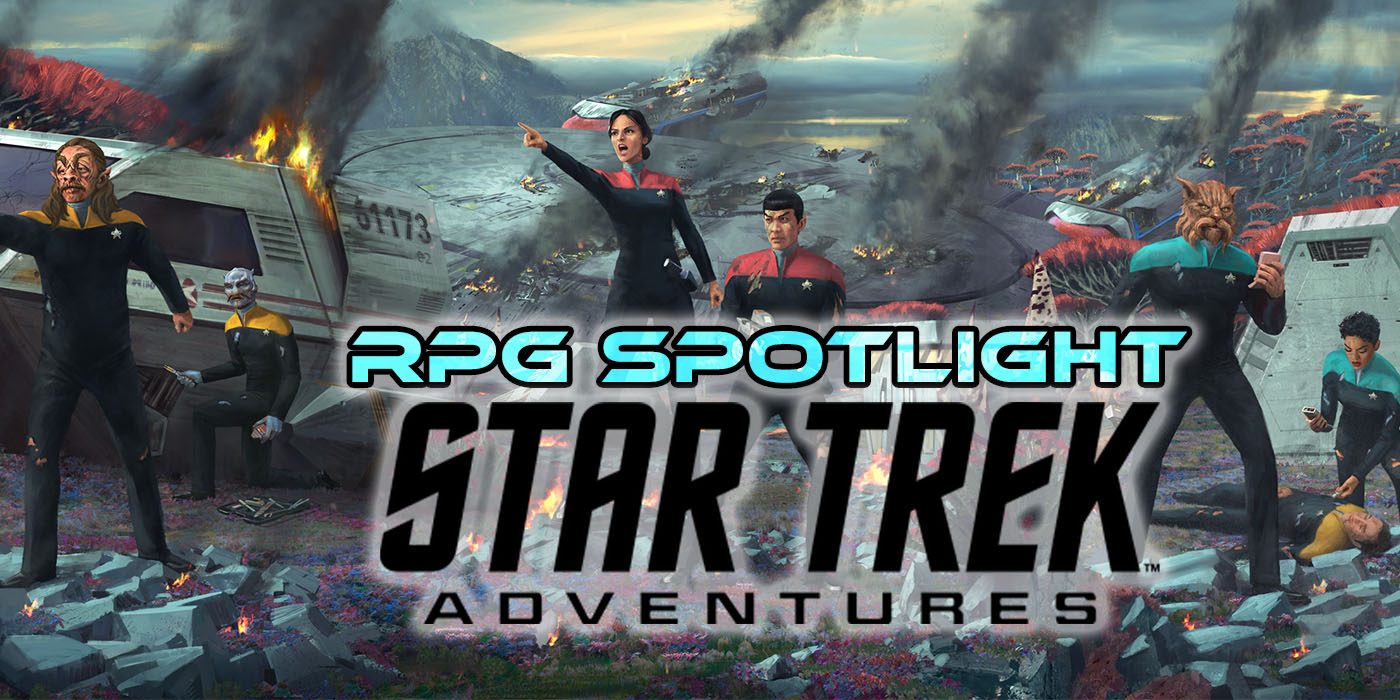 Hide that red shirt and set phasers to fun. This week on RPG Spotlight we boldly roll where no one has gone before with Star Trek Adventures.

In June 2017 Modiphius released Star Trek Adventures, filling an obviously vacant hole in the nerdophere for a slightly more modern Star Trek tabletop RPG. Modiphius aimed to crate a game that feels like Star Trek and darn it, they succeeded. 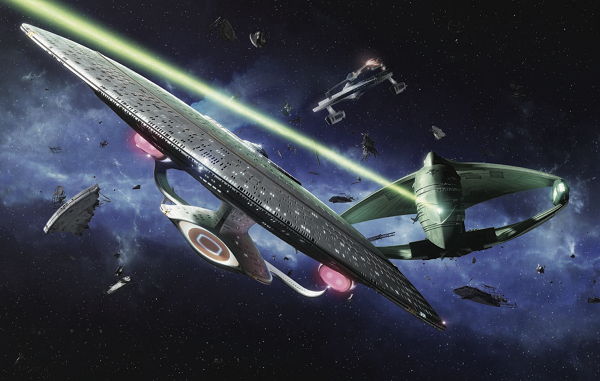 Aesthetically everything from the books to the character sheets to the planetary maps look like Star Trek. Everything either has that colorful retro-future cleanness or art that is frankly beautiful. RGPs with art that manage to capture the essence of an IP that I already love will always stick to me (See the Alien Game), and the visuals team for these books nails it.

But we’re not buying art books here, we’re playing RPGs. Well it’s good at that, too! Character creation and gameplay both aim to give you, the player, a fair amount of freedom. Picking your alien species will give you certain boons, but doesn’t make picking other aspects of your character feel like a trap or a chore. If a player wants their character to have a specific focus, it’s probably possible and they are welcome to lean into it. 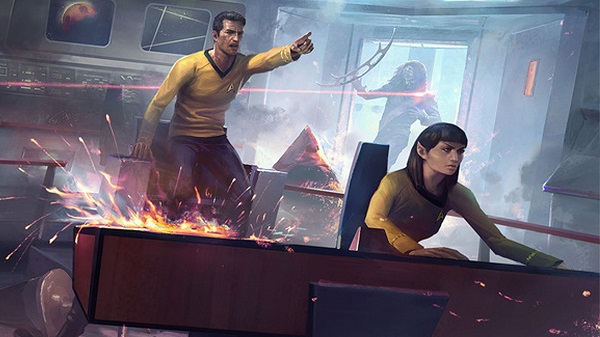 Gameplay is breezier and looser than a D&D, which can be both a blessing and a curse. Players roll a set number of D20 in a attempt to roll under the sum of the character’s Attributes and Disciplines and count the number of die that land with a success. Something simple may require one success while a more complex check may require four or five successes. More dice can be “bought” using momentum, which a player accumulates when they roll more successes than you need. The issues come when player or the GM look at the possibilities on the sheet and have to wonder, “which combination of attribute and discipline are these?” After all, good old fashioned communication and diplomacy can and sometimes should be a big part of a session. But a roll meant to convince or perceive can come from “Presence” or “Insight” or “Reason,” and that’s before even looking at the disciplines. While some of these rolls are easy to suss out, others require a little more creative thinking. All in all though, this is something that a marginally seasoned player of RPGs or or someone who has been playing Star Trek Adventures for at least one session would probably get the hang of pretty quickly. 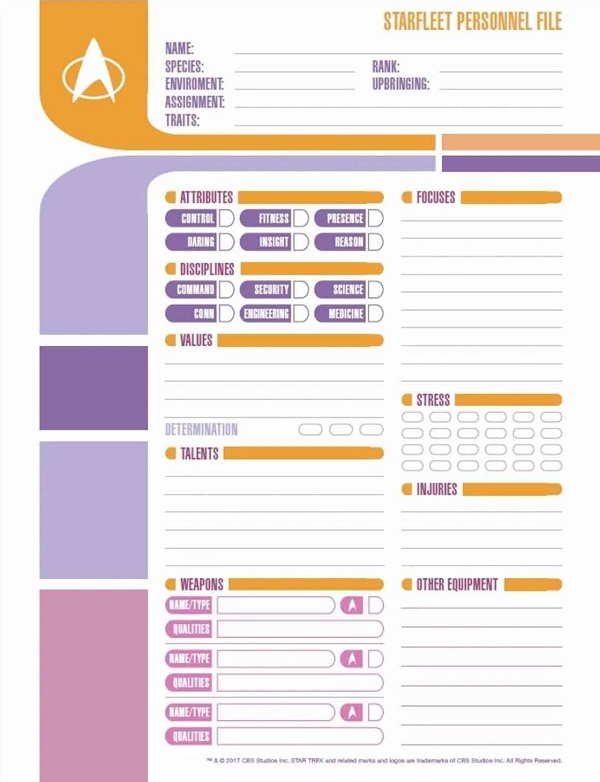 But for the most part, the game isn’t supposed to be difficult. This isn’t the GM versus the players, it’s cooperative story telling. And nowhere is that more evident than in how the players are encouraged and even expected to help manage the ship and the many, many NPC crewmates. The GM doesn’t need to play every single red shirt and not plot relevant space alien, so players not in scenes are able to step in and play those rolls, sometimes to great hilarity. For an example of how this may sound in play, Campaign Podcast isn’t a Star Trek game, but implements the same system of players stepping in to riff out minor characters. And it is wonderful.

Over all, this is an RPG that wants you to think back to the nostalgia and joy you feel when you think about Next Generation and Deep Space Nine (or any of the other series, Star Trek Adventures just has a slight focus on those two) and translate it into something you can be a part of. It’s designed to be as wide open as space itself and create a fun atmosphere where you can bring your Star Trekking OCs to life. Are they a scientist? A calm and level headed leader? A hot head who’s good in a fight? It doesn’t matter, their ship is waiting for them.

If you’d like to check out Star Trek Adventures for yourself, you can find more information on the Modiphius official website.

Have you played Star Trek Adventures? How do you think it compares to other RPGs based on popular series? What was your character like? Let us know in the comments!