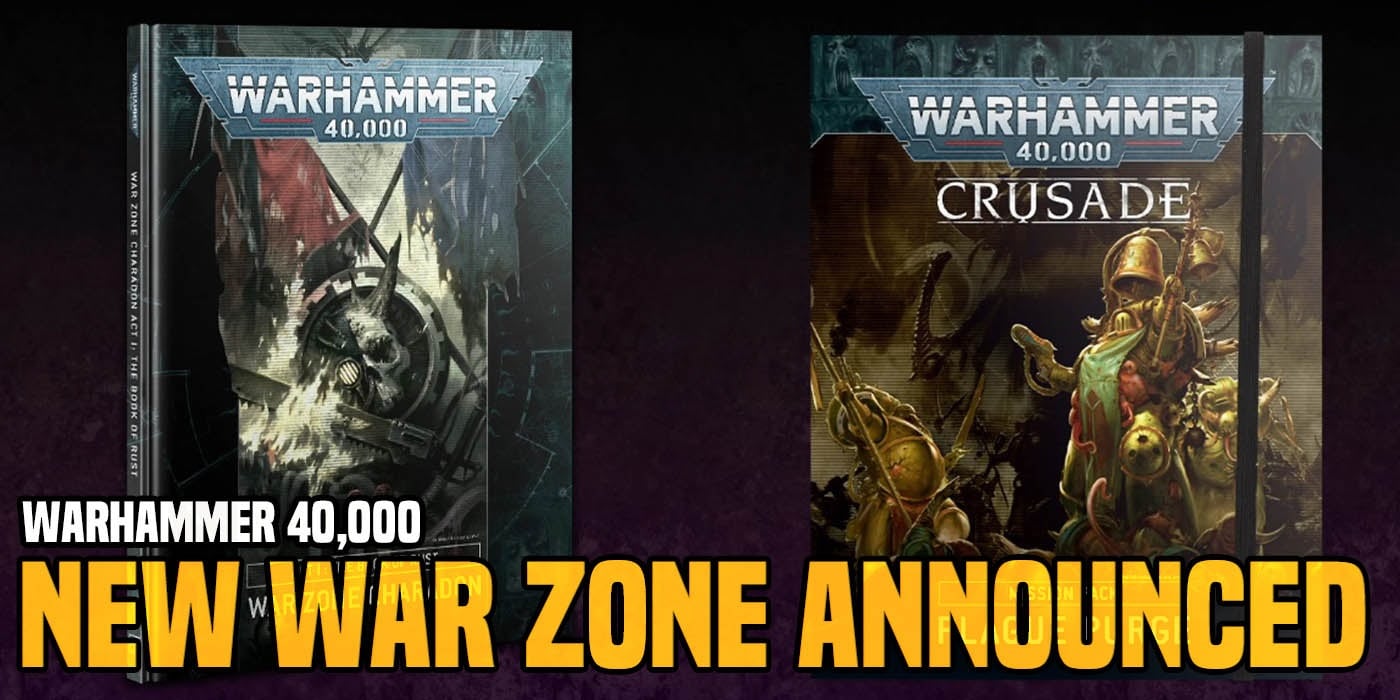 Time to kick things off with War Zone Charadon Act 1: The Book of Rust. Typhus is here to spread Nurgle’s plagues to all – this time he’s attacking the forge world of Metalica home of a famous Adeptus Mechanicus legion. Check out the new trailer: 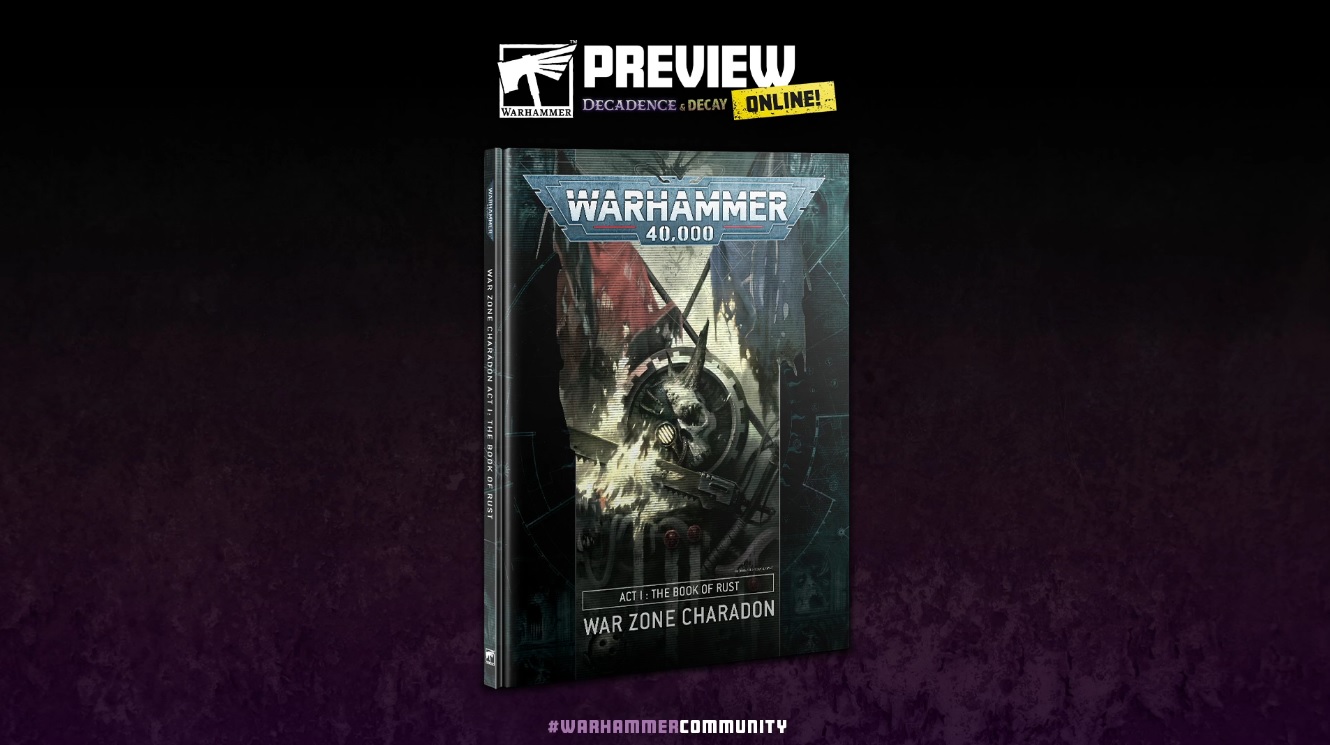 So who’s going to be involved in this throw-down of epic proportions? 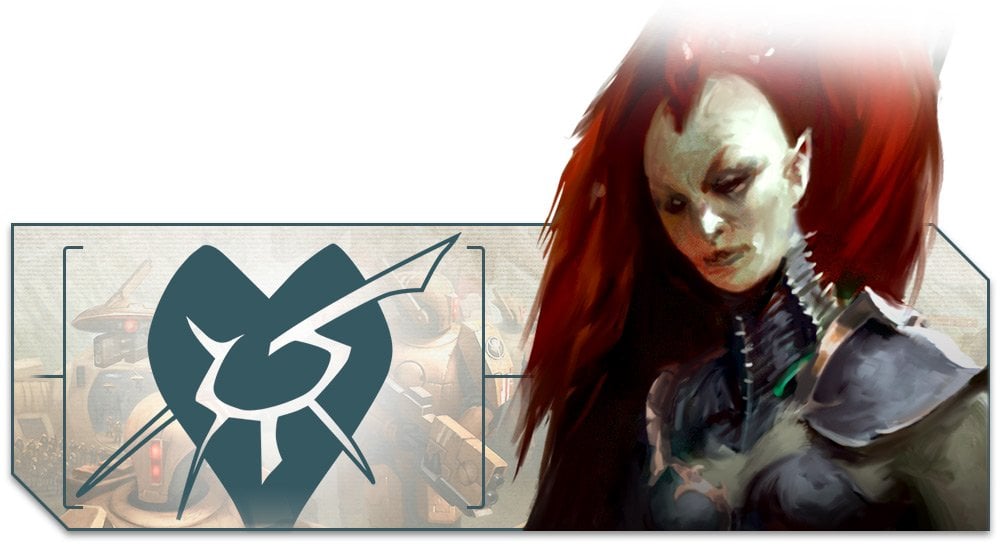 Apparently the raiders of Commorragh are here to take advantage of the chaos and confusion. Certainly there for their own nefarious schemes we’ll have to wait and see what other hijinks they get up to in the new War Zone! 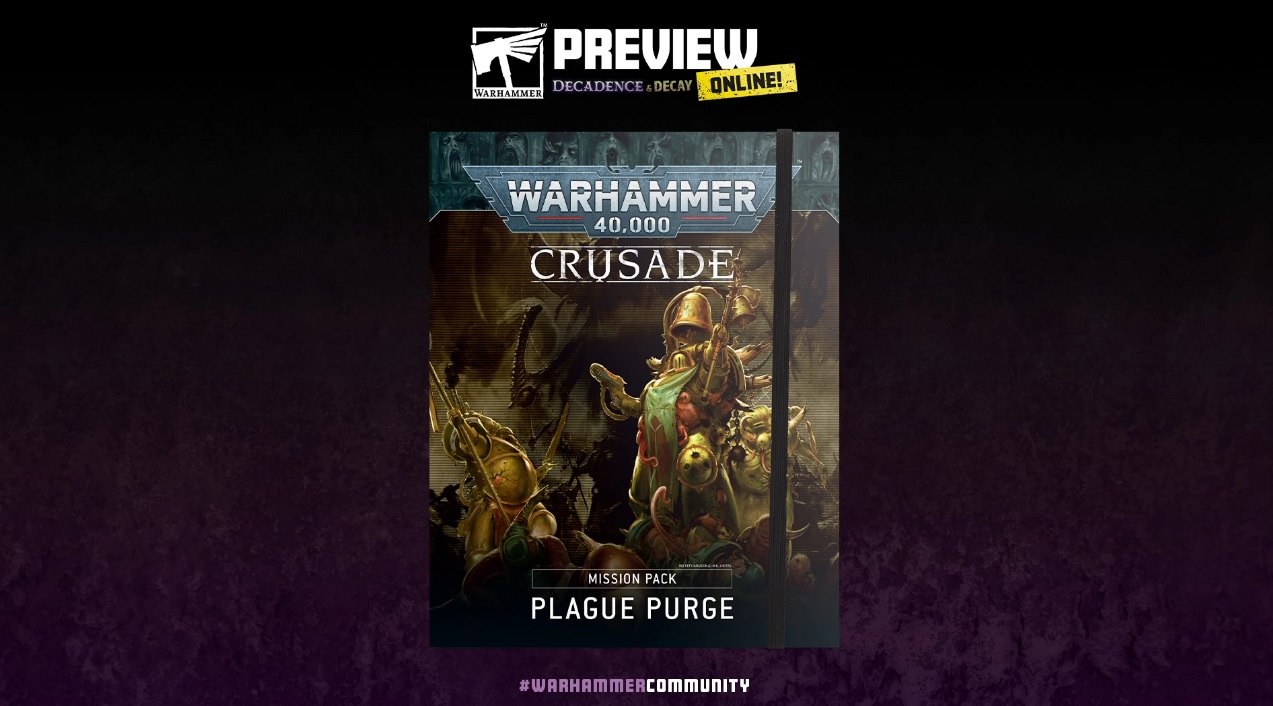 Much the same way that the Beyond the Veil had it’s own new region of space to fight in, the Plague Purge Mission Pack allows you to jump into the campaign with your forces. New missions, new relics, and new sector appropriate rules to enjoy for your Campaign and Crusade armies.

Get ready for more from the Warhammer Team as the narrative is pushing forward! Things are not going to stay the same forever in the Grimdark…

Forge World Metalica is in the sights of Nurgle…All is RUST!