The D&D Alignments of Christmas 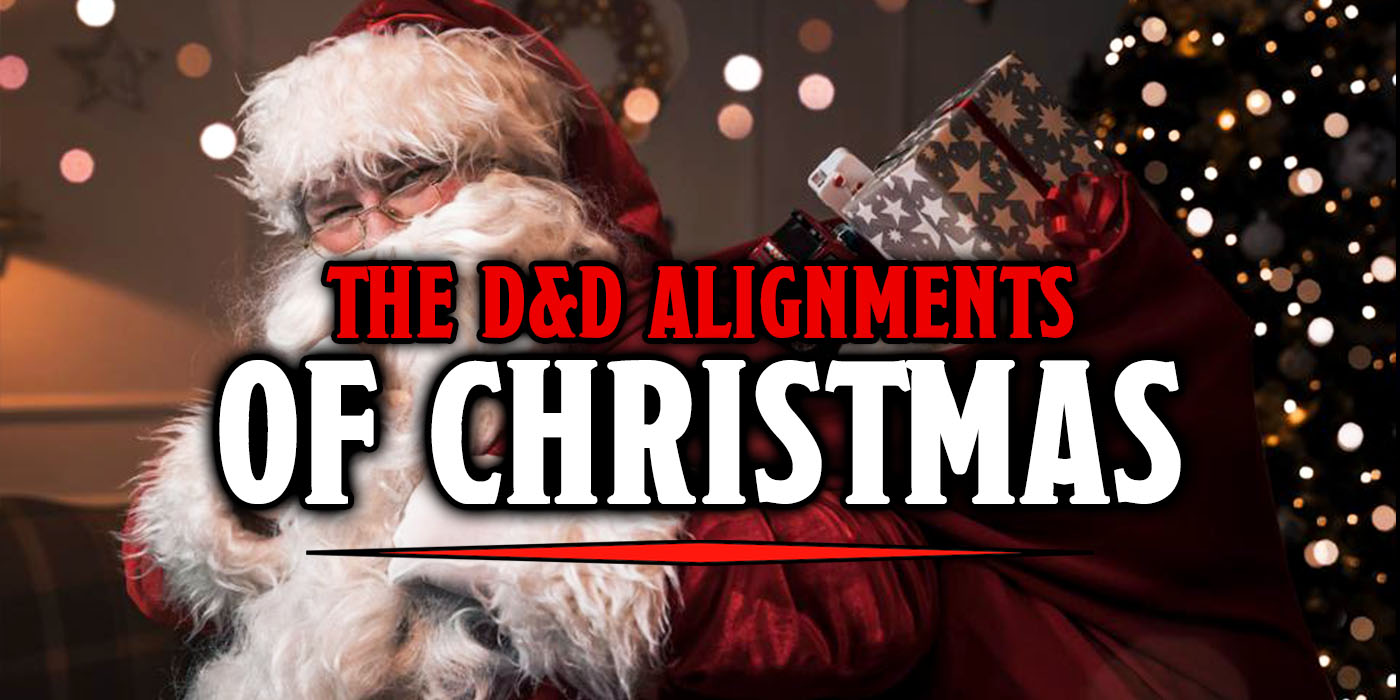 From the kind to the bizarre to the truly horrifying, there are a wide variety of Christmas characters around the world to watch for this holiday season. 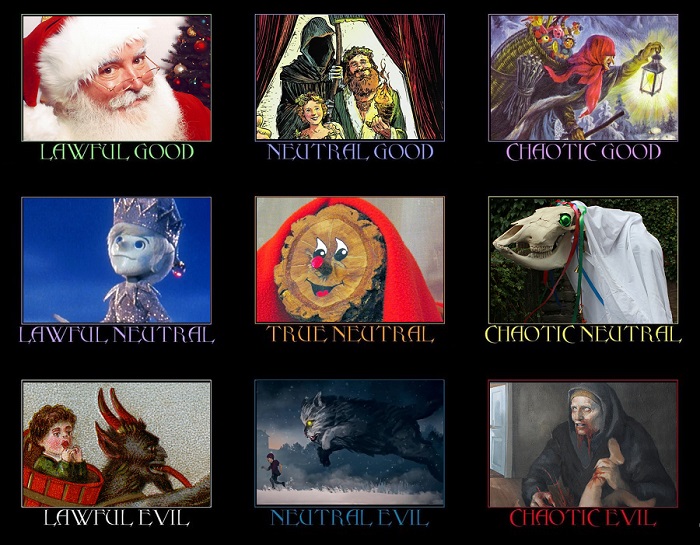 He keeps a list, he checks it twice, and all of the good kids get presents while the bad kids get coal. Between his steadfast system, his personal barometer of goodness, and his general kindness, Santa is epitome of lawful goodness.

Their entire job is to point out all the various places where Scrooge could do better or be happier and then leave. They give him directions to a better path and then disappear so he can make a change for himself. The ghosts are good, but if he doesn’t listen? ‘Eh. They did their part.

La Befana is a lot like Santa, if Santa were an Italian witch who got lost trying to find the baby Jesus and instead just started handing out gifts to all of the children. She also gives coal to bad kids, or sometimes just hard candy shaped like coal as a warning and seemingly does it all out of some chaotically benevolent confusion.

Unless you really love shoveling snow, Jack Frost bringing ice, snow, and sleet to town every year can get bothersome. But we can’t blame the guy for doing his job and making season happen.

Also known as the poo log, Tio de Nadal comes from northeast Spain and is a hollow log on little wooden legs and a smiling face. If the children of the house take good care of the log friend in the days leading up to Christmas it will poop presents for the kids. In reality the parents are leaving presents behind the log when the children aren’t looking. But hey, there’s no wrong way to do Christmas cheer.

Hailing form Wales, Mari Lwyd is a well decorated horse skull that goes door to door challenging residents to exchange rhyming insults in what I can only imagine as a festive Welsh rap battle that usually ends in inviting the horse skull (or the people puppeting it around town) in for refreshments.

On one hand, he’s punishing the bad kids. On the other, he’s hitting the bad kids with branches and sometimes takes them away in his basket. Krampus is lawful, but he can probably stand to tone it down a hair.

Iceland’s Christmas cat isn’t the adorable kitty the internet loves. Instead Jólakötturinn will eat you if you don’t have new clothing to wear for Christmas. This stems from a less than gentle encouragement to finish chores and make new clothing, but let’s be honest, the cat doesn’t know if you finished knitting a new sweater. It just wants to eat you for Christmas.

Another Icelandic Christmas character and Jólakötturinn’s owner, Gryla is described as scarier than Krampus. While he has a fun caricature of himself parading around during the holiday season, Gryla and her cat and her many, many rowdy children create Christmas trouble. Only her variety of trouble involves kidnapping, cooking, and eating children who her Gryla senses tell her weren’t obeying their parents. Which is every child ever.

Which holiday character or monster would you have put in each of these alignments? Would you have swapped in one that I overlooked completely? Do you even use alignment charts aside from fun thought projects like this? Let us know in the comments!