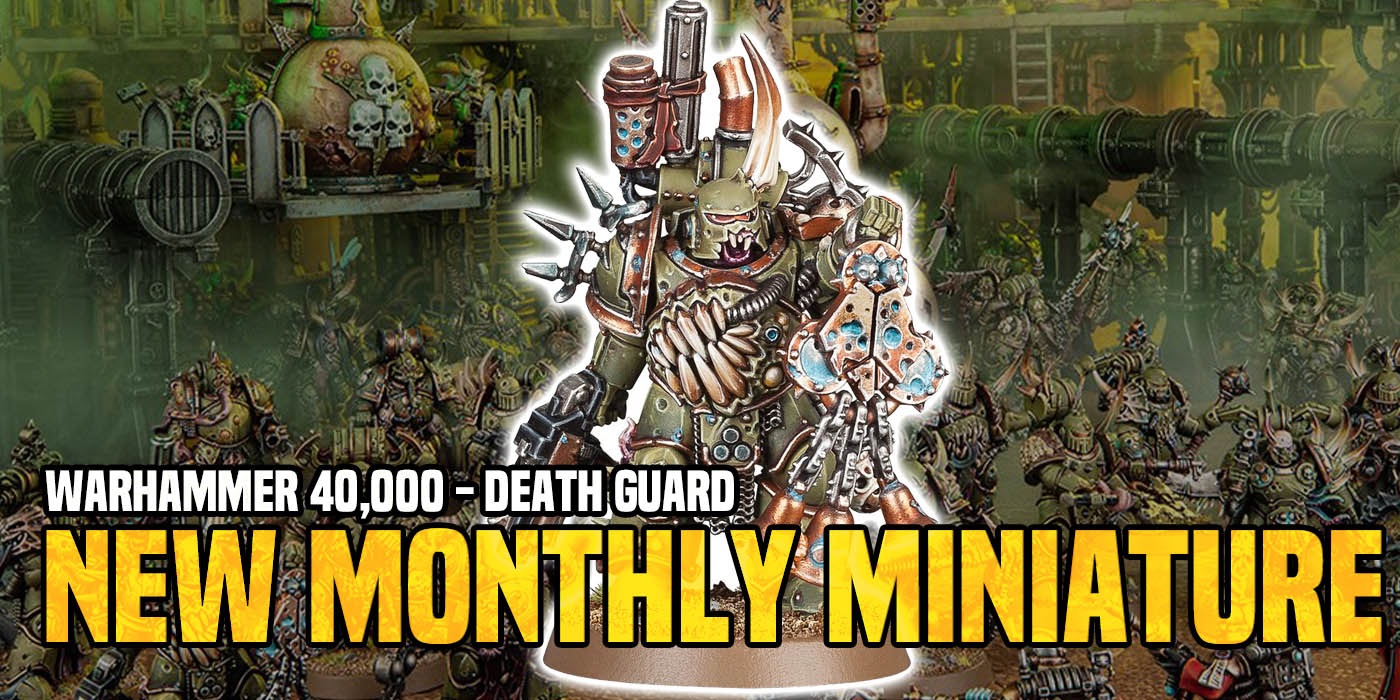 Games Workshop has a new Death Guard Miniature up for grabs at your local Warhammer Store along with a fancy coin!

If you’ve been needing one more reason to visit your local Warhammer Store here’s another. You can pick-up one of these limited* Death Guard miniatures and their collector’s coin to match.

“A new month is here, and with it, your chance to pick up a new miniature and collector’s coin from your local Warhammer store. This month’s theme is the pestilent Death Guard, who’re on the cusp of getting their new codex.

To celebrate their new tome, the staff in your local store have a number of pox-ridden Plague Marine models available.” 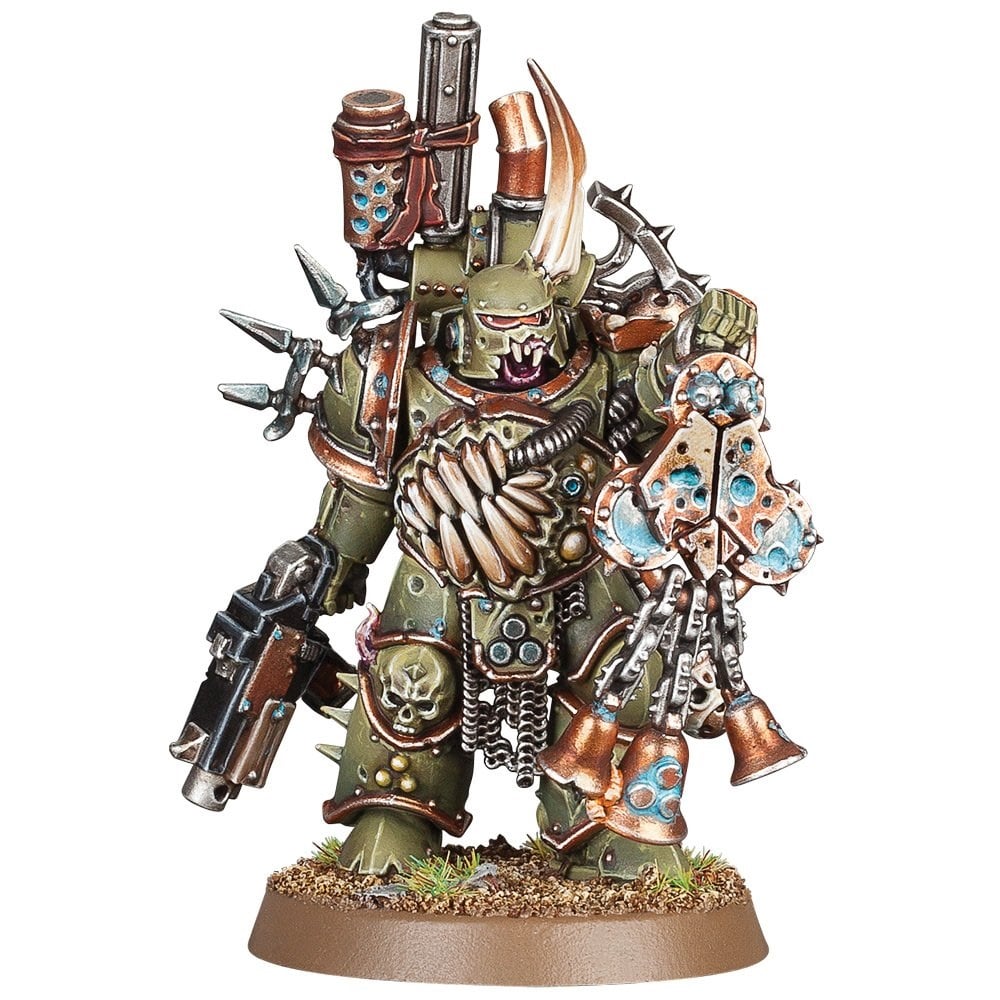 It’s a pretty cool looking Death Guard Model. I particularly like the exposed jaw. It’s got all the marks of a Death Guard Plague Bearer as well. Holding an Icon of the Death Guard and packing a bolter, it’s pretty clear whos side this model is on. The three bells are a nice touch. 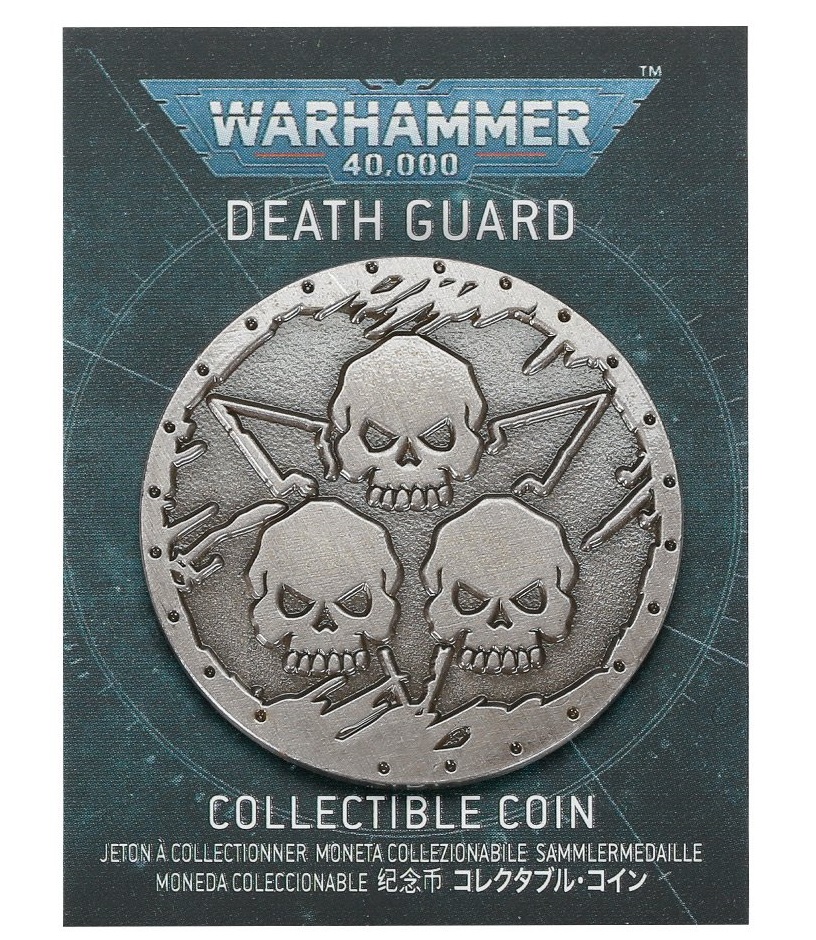 As far as the coin – here it is. It’s got another great design for the Death Guard. If you’re a Death Guard player this would make a great addition to your collection. So how do you get your hands on these?

“Head into your local store from Saturday the 5th of December and ask the staff how you can claim your very own Plague Marine (while stocks last). Some stores are running painting events based around the Miniature of the Month, so ask your local store what they’re up to. You can also get this month’s collectible coin featuring the Death Guard’s infernal sigil when you spend over £60, €80 or $100 USD (or local equivalent).”

I hope you all still have some shopping left over to do to hit that 100$ mark for the Death Guard Coin. At least the Death Guard are getting a new codex soon which might help you hit your goal. Plus it might be a good time to get some Blighthaulers or Plagueburst Crawlers as they are going to get some boosts in the new codex.

What about if you’re local store is closed due to the your regional restrictions because of the pandemic? That’s okay! Games Workshop has a back-up plan for you.

“When stores that are closed due to national or local lockdowns reopen, they’ll have this month’s models and coins available for you to collect.”

So there you go – the coins and minis will be there when they eventually DO reopen. 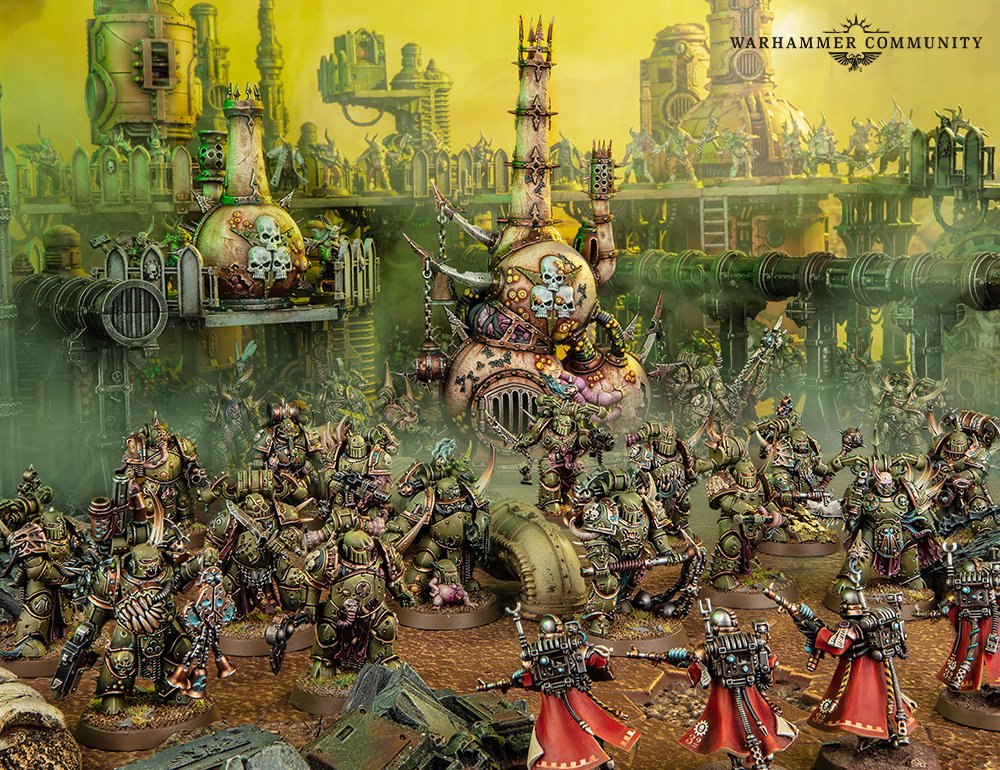 In the meantime, get ready for a new wave of the Death Guard to hit the tabletop. A new codex is coming, new terrain kit, and a batch of new rules updates is on the way!

Death Guard Plague Marines are gonna be even tougher very, very soon…I wonder if that coin would make a good objective marker. I had better prep a Death Guard wishlist to hit that 100$ threshold if I want the coin.

*Edit: Thanks to our reader ReverendTiberiusJackhammer who pointed this out and we’re adding it here for clarification. The model is not a new one, but rather a single miniature from the Death Guard box. 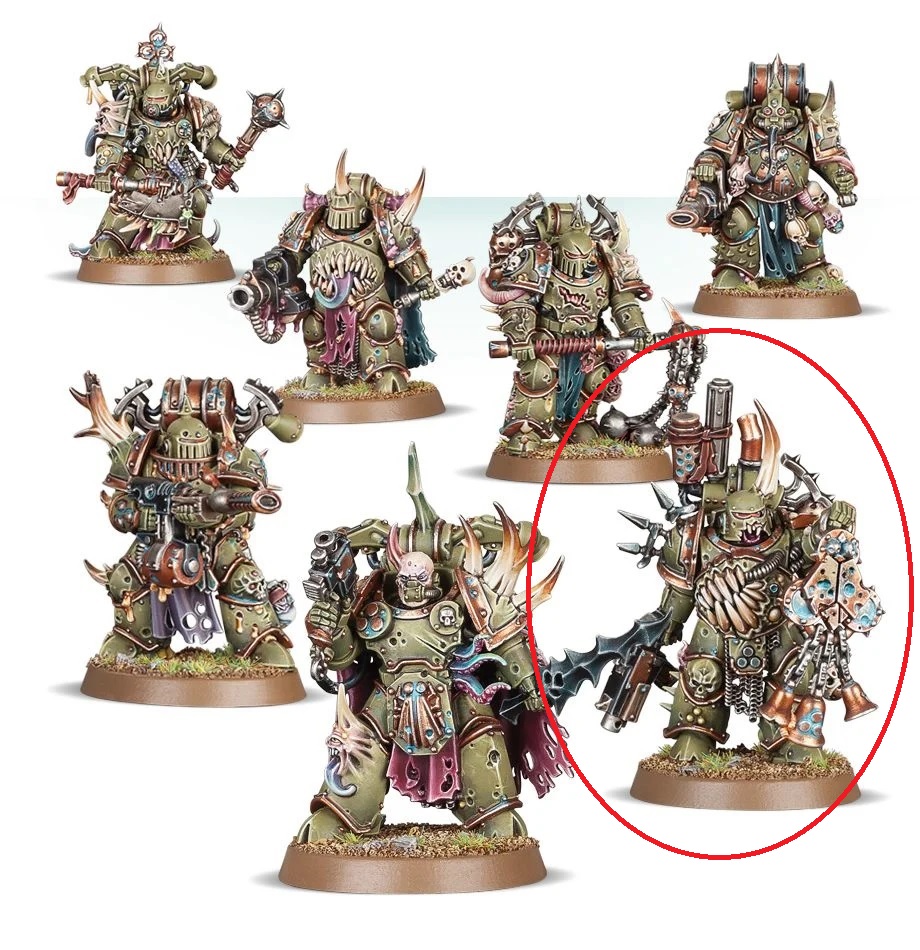 Again, it is a single miniature however, so we’re not 100% sure if this is a “new” reboxing of this miniature or how this will be distributed to the stores. Perhaps GW meant a “new to your collection” miniature and not a new sculpt? In anycase, if you do pick one up let us know if it was a new package in a blister or box. Now we’re really curious!

What do you think of the new Death Guard Miniature? Are you going to want to pick-up a collector’s coin?