Warhammer 40K: What I Love About the Battle Forge 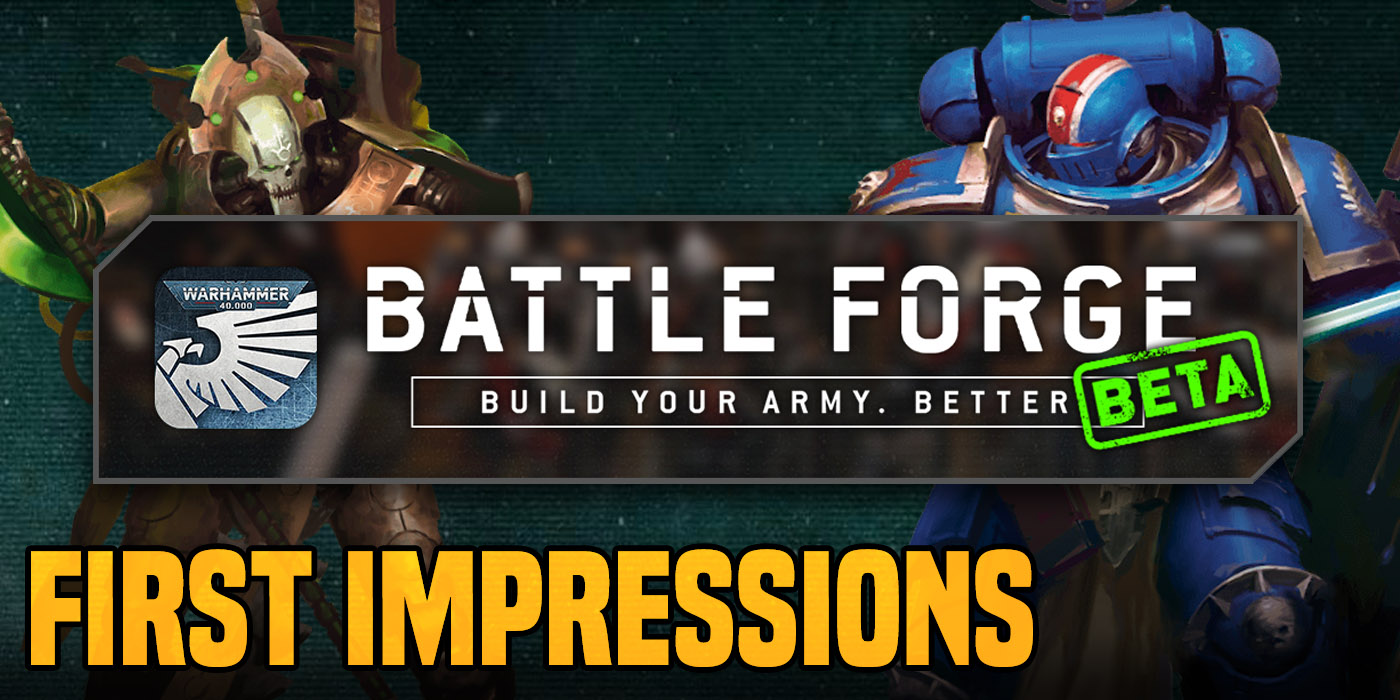 After years of hopes and dreams, GW’s 40K army construction app (the Battle Forge) is here. Here’s why I think it’s a winner.

Ok first of all we need to get some big picture things out of the way.

The community has been pleading, hoping, and dreaming of an official 40K army construction program for years and years, extending way back before the advent of smartphones. It’s 2020, and we have one. So right there we should be happy.

Software Launches Are All the Same

Second – It won’t be perfect from day one. This has nothing to do with GW – welcome to the software industry. Trust me, I used to work in software for 15 years before starting BoLS. – I know how these things work. Did you know that Google launched Gmail  in 2004 and it was in “beta”(meaning don’t bother us if it doesn’t work) for years, and years, and years. 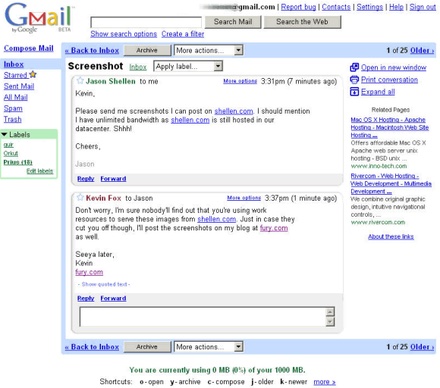 Looking at 40K, I would estimate there are roughly 700-1000 units in the game, and each of those has 9 main stats.There’s roughly 10,000 datapoints right there, before multiplying out for point costs, special rules, army construction modifiers, wargear options, and every other thing, and exception to exception that some rules allow. It wouldn’t surprise me if the total dataset for 40K is about a million. Trying to create a framework to construct legal armies was almost certainly a bear for the programmers, and that’s not even counting inputting all the data itself.

So please by all means hit up that bug submission form. Like the videogame designers know, you can polish all you want but there is no substitute to having the entire playerbase beating on your software to find all the little issues. 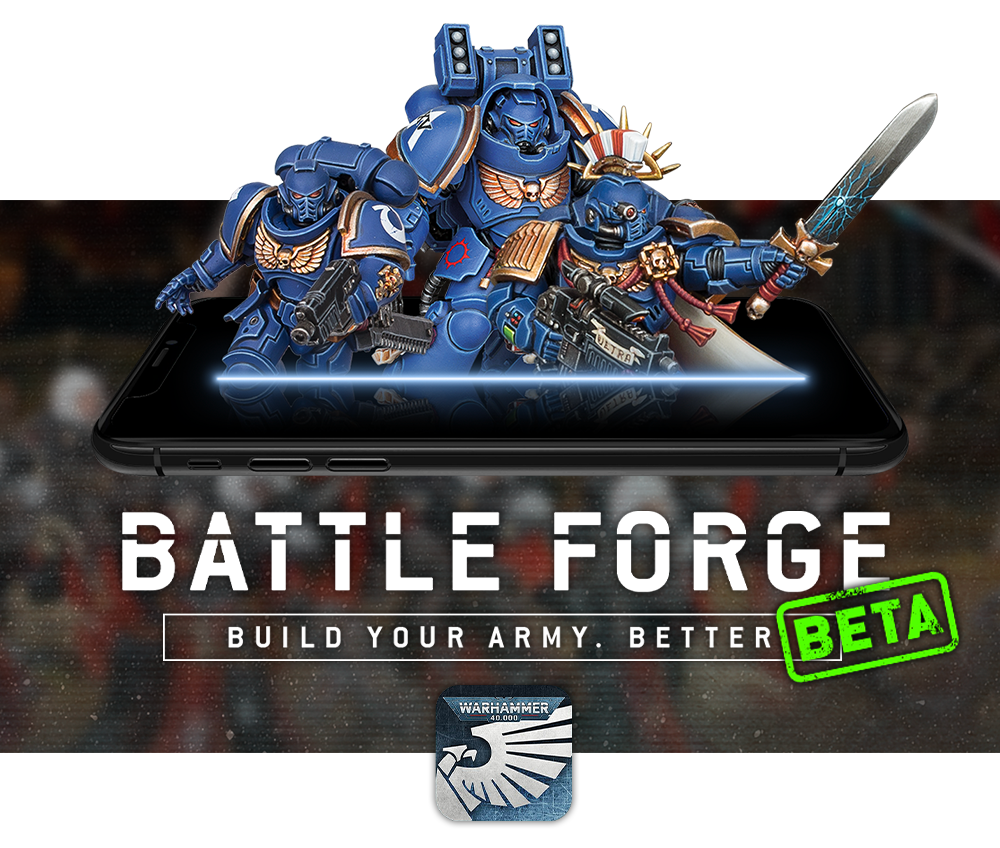 But I’m here to talk about what I see on first impression that I really like about the Battle Forge. 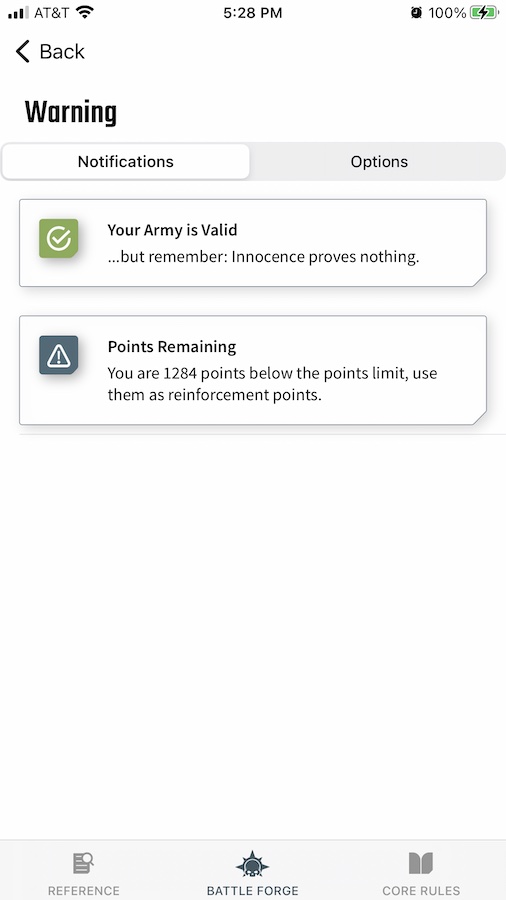 This list was way longer when on my first pass…

Oh let me tell you how much I make mistakes when I play games, and I make a lot more when I’m assembling armies. There are just so many little things in 40K that you can forget. I really appreciate the page of army validation notes that updates in realtime as you build the army. It’s just visible enough, to catch the eye without being irritating and let’s you go down the checklist of things to make sure I’m not only legal but not forgetting things I may have overlooked. It’s a subtle but important aid that will overnight tighten up your army construction and increase the effectiveness of your lists. 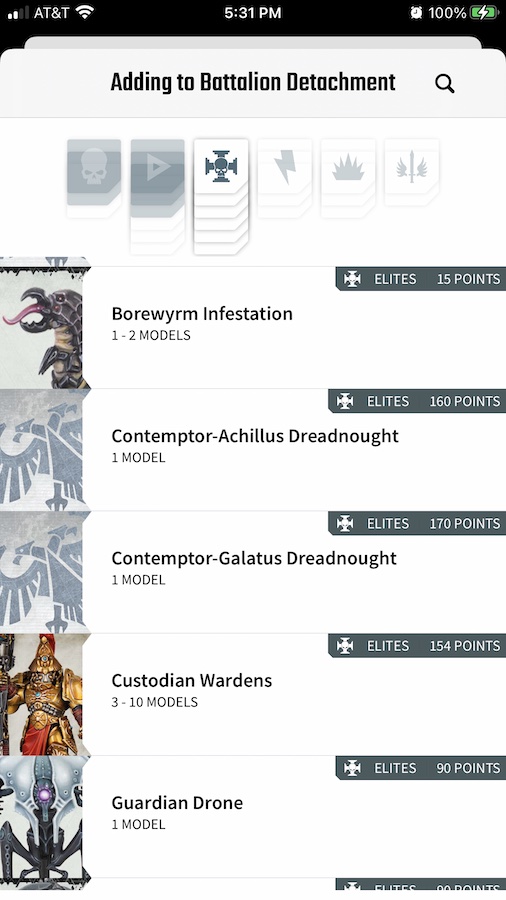 I really like the process of selecting units. What I think I most appreciate is the full set of GW models that are in there by default. It’s easy to remember all the bread and butter basics in your codex, but when you see the full listing of all the Forge World and oddball units available, my brain always starts to come up with intriguing combos I want to try out, or add to my army.  “They’ll never expect that Spindle Drone!” 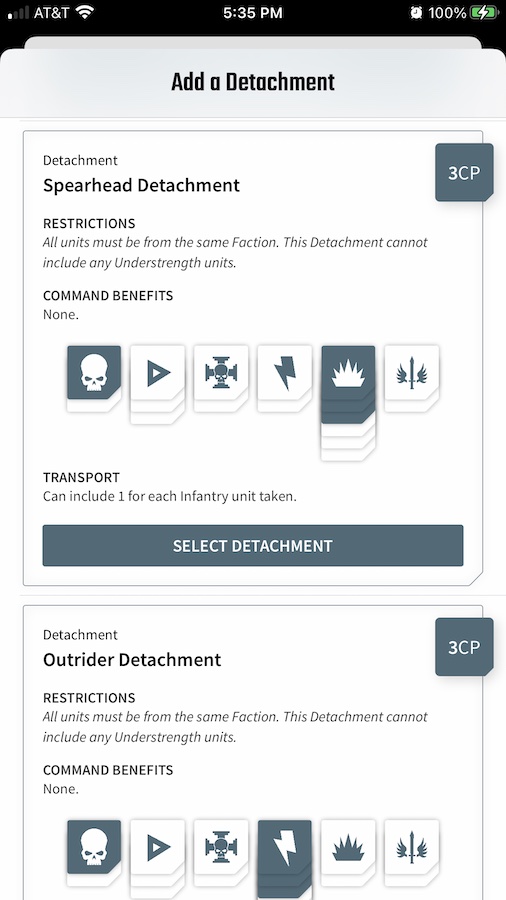 The process of selecting Detachments and adding and equipping units is great. This is more a visual design accomplishment than anything else. I love the use of the accurate detachment layouts and logos, as it ties the app closely into the visual language already used in the codexes and the main rulebook, making army construction feel familiar right off the bat.  All the official rules that govern things are there in italics, and makes the app a perfect replacement for flipping back and forth endlessly between several books. Yay. I can already see the day of heading to the store to play with just my phone and my army in the bag – no books at all! 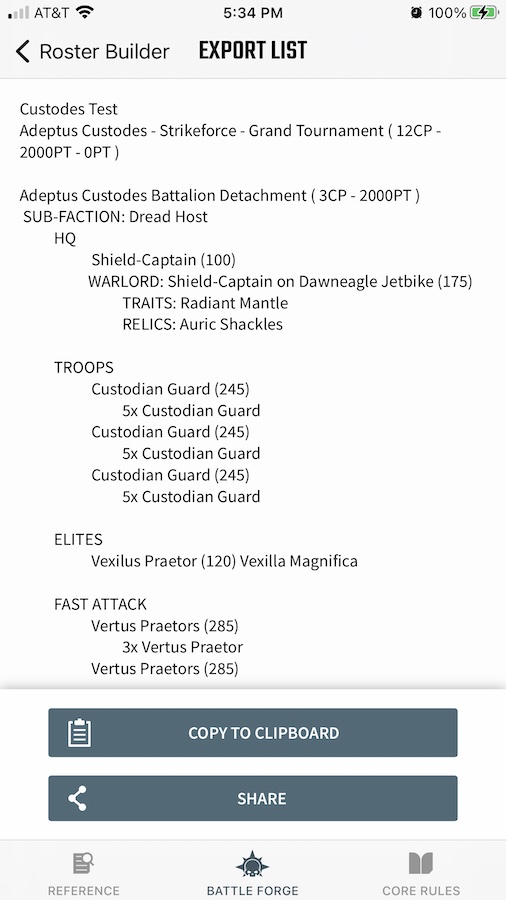 Once you are done – then what?  The set of multiple sharing options is a good start. Between copying to the clipboard, to sharing via all the standard mail and social media apps, I think the Battle Forge will make it easy for players to pass around their creations. There is a lot of road ahead that GW can expand this into, and I fully expect this format to grow into the standard expected by Organized Play events. It’s a solid start.

I’ll have more on what I see in the road ahead for the entire 40K App, but right now, I give it a thumbs up. I’m pretty excited and getting used to the new normal for 40K army building! 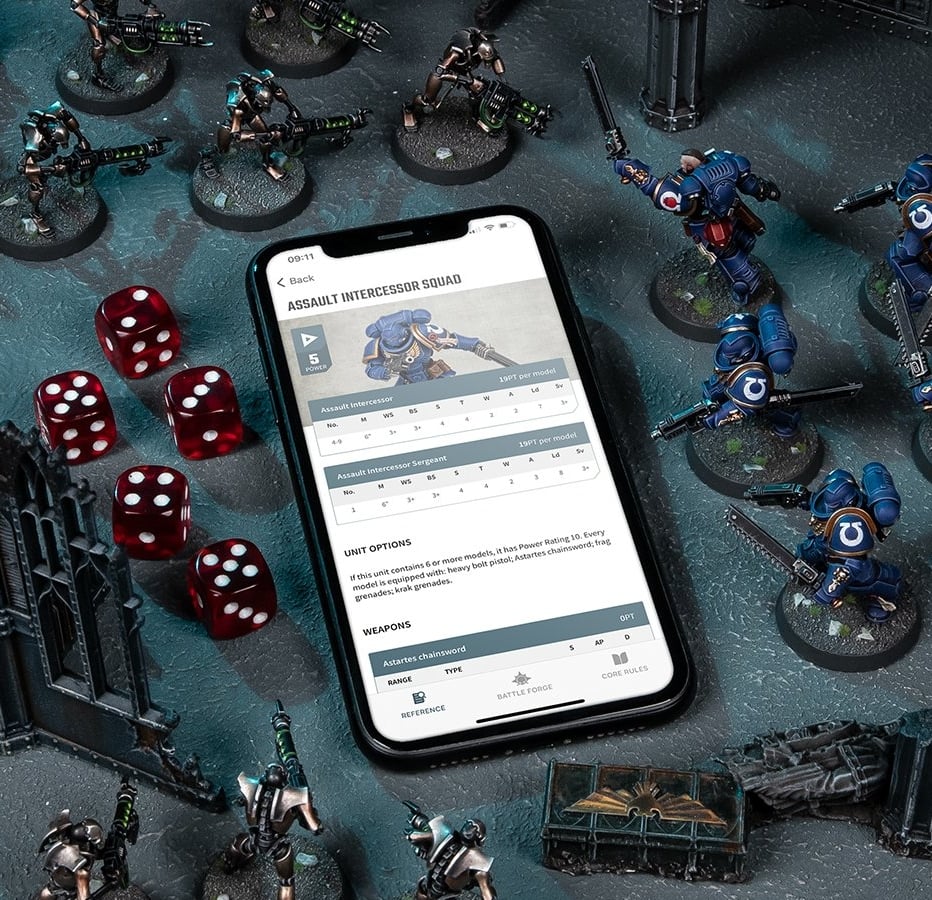