D&D: The Most Useful Feats 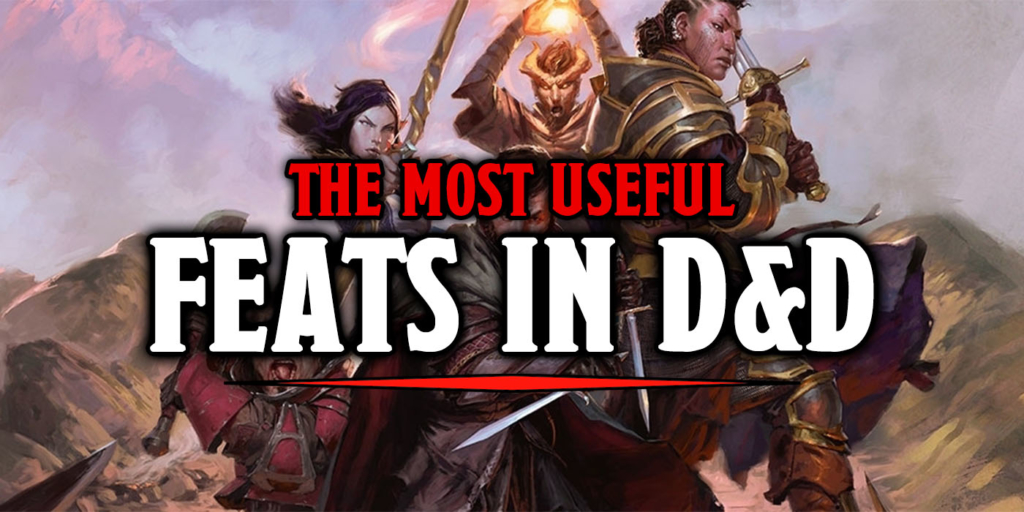 The list of feats in D&D is huge, and all of them are pretty good. But which will give you the best bang for your magical buck?

Feats are one of the most interesting and useful tools in D&D and one of the most underutilized. Less experienced players may not be aware that feats exist as an option, while a more seasoned dungeon crawler may know but just not want to be bothered. And while there’s no wrong way to get into RPGs or make your characters, for players who are interested in putting in a tiny bit more time, feats in D&D can be a gamechanger. They’re all pretty great with some being more specifically suited to specific races or classes, but I think these are some of the most useful for anyone.

Sometimes you roll the d20 and know that you’ve just rolled a stinker. It doesn’t have to be a critical failure or even a two, but sometimes you’re in a situation where you know the DC is probably pretty high and you didn’t meet it. That’s exactly what lucky is for. Three times per long rest you can reroll the attack roll ability check, or saving throw of your choice for a (hopefully) more favorable outcome. I can say from personal experience though, the trickiest part of this feat is remembering that you have it when you need it and not exactly twelve seconds after the moment has passed.

If you want to play a fighter but would LOVE some magic or are one of a party of tanks with no healer and would like for somebody to have a couple of healing spells, magic initiate will give you two cantrips in a spell of the of highlighted casting classes of your choice. Every character is a little more formidable with a magic missile.

With an increase to strength or constitution, a nice little boost to unarmed strikes, and the ability to turn anything you can pick up into an improvised weapon, tavern brawler is a feat that’s only limited by your creativity and your character’s temper. If you plan on playing a character who will get into a physical scrape or two, this feat will give them the edge.

Healer lets you stabilize your friends as an action and does a decent amount of healing all without using a single spell slot. While an individual can’t take more than one round of healing from you per rest, as the healer your ability to restore hit points to lots of different people is only limited by how many healer’s kit uses you have stored up. This feat makes you an emergency medic, saving your party members from failed death saves and giving out hit points wherever you go.

Mobile is one of those feats that is useful almost every single session. A speed increase in D&D is huge, as is limiting the effects of difficult terrain. But my favorite effect is the ability to attack and zip away without provoking an opportunity attack, even if you miss. And unless you’ve made a character who is tragically uncoordinated by design, this is a feat that just about anyone can use in an adventure and have it fit thematically.

Which feats are your favorite in gameplay? Do you utilize feats in D&D or do you focus on ability improvements? If you could design your own feat, what would it do? Let us know in the comments!