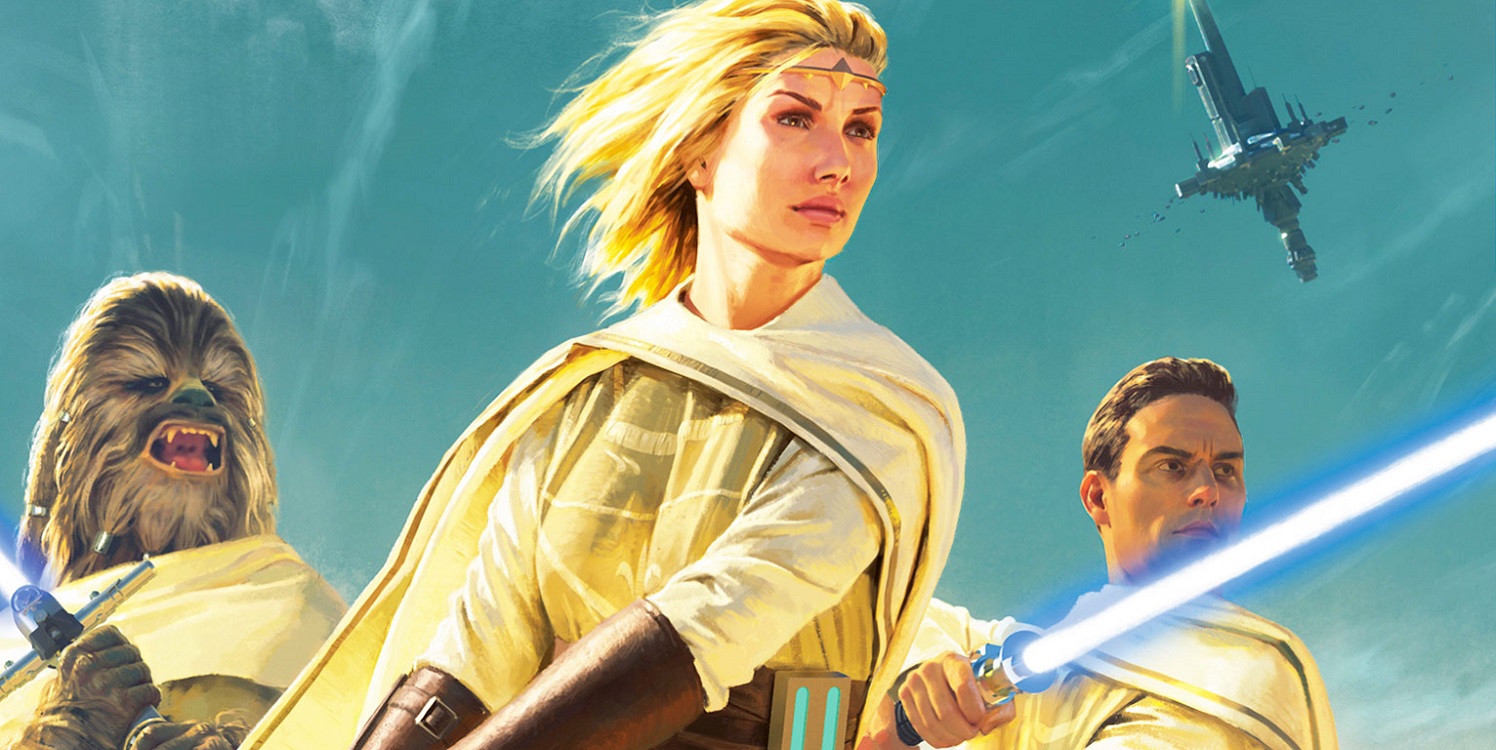 Light of the Jedi, the latest Star Wars novel, delves into the era of the High Republic and finally gives us a look at the galactic before times.

Taking place in a time that should be peaceful, the return to the High Republic came about when a bunch of Star Wars writers got together and asked themselves what would scare even the Jedi? Full of lore, history, and a few rogue tie-ins with Legends novels, Light of the Jedi is well worth the read. But how does it tie in with the galaxy we know and love now? And what are the strings tying the two time periods together?

Even the most casual Star Wars fan has seen a Bacta Tank. The healing liquid that people are given in the form of a patch or sometimes submerged in completely has shown up a few times as a keystone of galactic medical technology. We learn fairly early on in Light of the Jedi that Bacta is currently in development on Hetzal. Considering the centuries of use that this invention gets throughout the Star Wars canon, it’s a pretty big deal that it wasn’t available until close to the events of this book, and more importantly, it is theorized within the book that bacta’s creation is tied to the potential antagonist’s motivations. 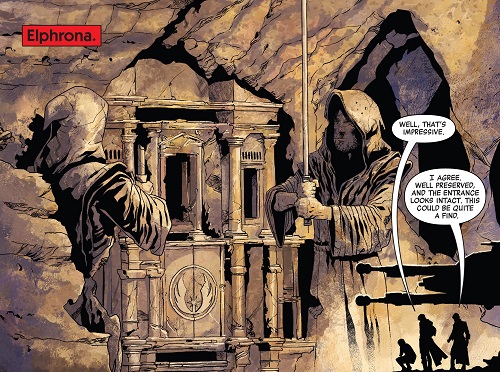 The Jedi Outpost on Elphrona is a prominent location in this book, but it can also be seen in the Rise of Kylo Ren comics. Visited many years later by Luke Skywalker and Ben Solo, Elphrona is an important location in the latter’s life and fall to the dark side. In the days of the High Republic, it was a trove of important Jedi artifacts. 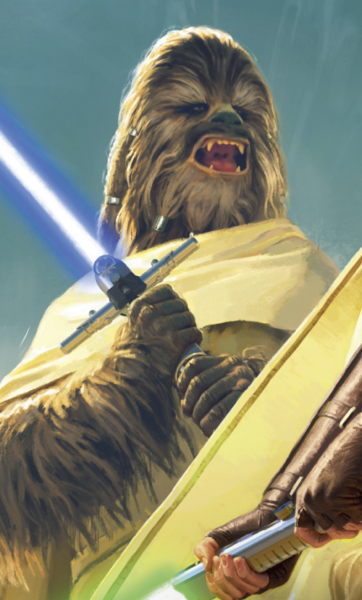 Wookie Jedi Burryaga has a lightsaber made from the amber of a white wroshyr tree. While these trees have been native to Kashyyyk since the legends books, the white wroshyr and their amber first appeared in Claudia Gray’s Master and Apprentice. Additionally, a lot of thought went into Burryaga’s lightsaber with Charles Soule wanting to make sure he had something larger and more specific to a Wookie so it didn’t feel like the character was fighting “with a toothpick.”

Jedi Master, Jora Malli purifies the kyber crystal of a sith lightsaber. This results in a white lightsaber very similar to Ahsoka Tano’s and happens to be the same way she goes about getting crystals for her own white lightsabers. Jora is also described as a petite orange Togruta, so this feels like a purposeful homage to a fan-favorite character while also giving Ahsoka’s lightsabers a little more background. 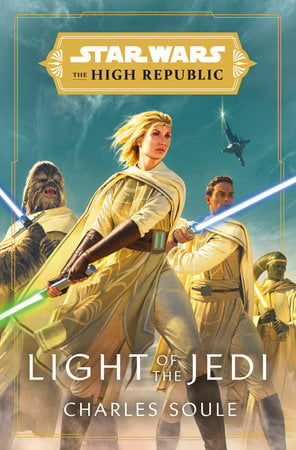 Have you read Light of the Jedi or any of the other High Republic tie in comics yet? Have you picked up on any of the Easter eggs that I didn’t highlight? How about any of the nods to the Legends books? Let us know in the comments!

Star Wars: What Is The Galactic Republic? 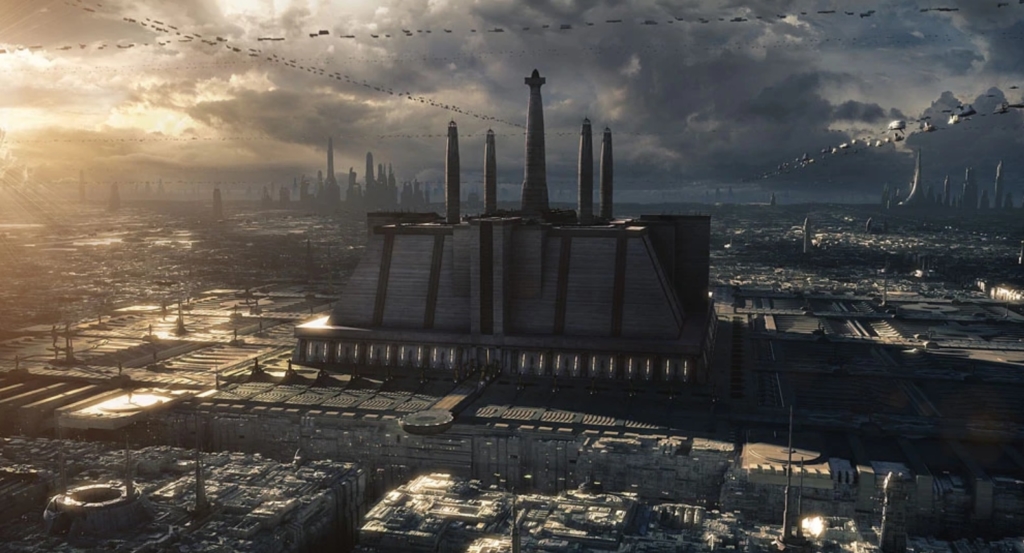