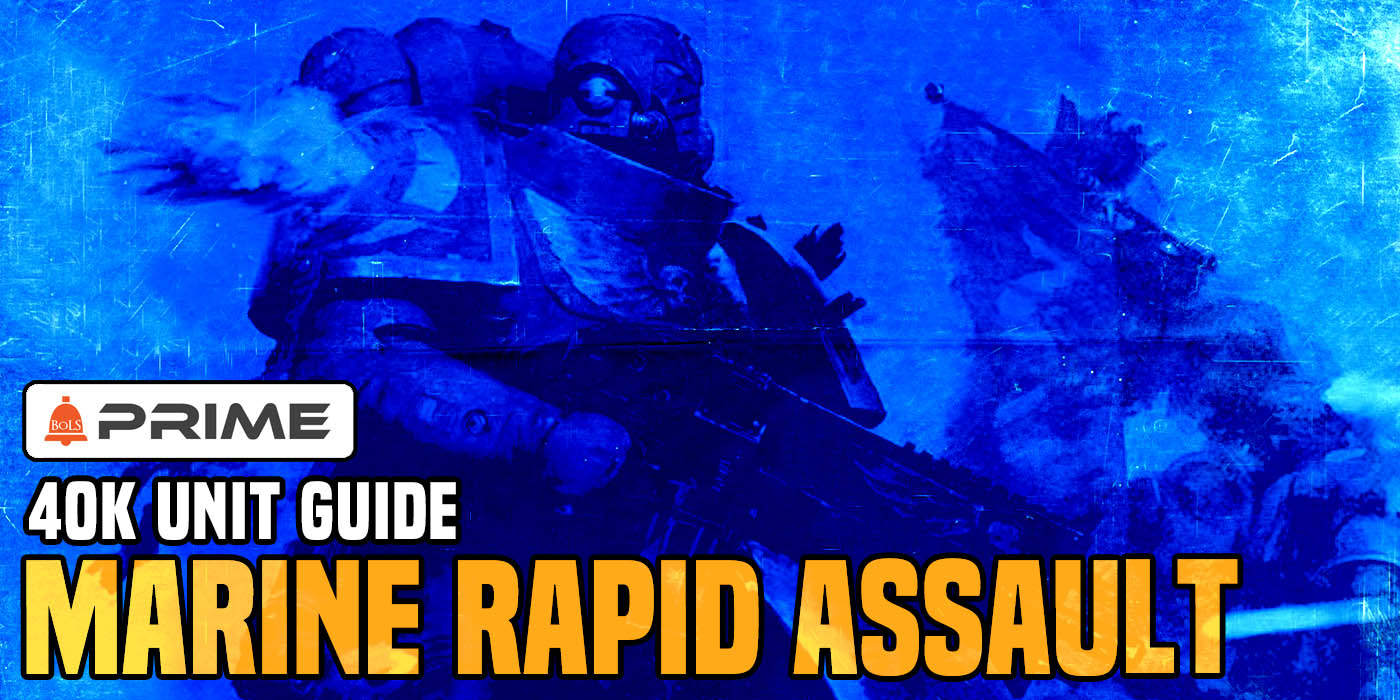 Today let's continue our in-depth look at the massive roster of Space Marine units and how to use them. Today we talk Fast Attack!

If you haven't heard, Space Marines have a brand new (well OK, newish at this point) Codex with a truly staggering amount of units. Such a massive roster (and that's just the units in the main codex) can be overwhelming. Luckily Marines are overall a fairly forgiving army. Still, skill is required to make an excellent list. We looked at Marine HQs and Troops, and some elites and more elites and, Throne, even more elites, today let's continue our deep dive into the army and its datasheets, taking a look at the massive roster and how to best use them.
Assault Squad
The Assault Squad is one of the oldest Marine units and a truly classic close combat unit. Sadly, the game has mostly passed it by. For stats, the Assault Marine shares the normal Firstborn statline, used by Tactical Marines. They however swap bolters to be armed with an Astartes Chainsword and bolt pistol.  In addition they have limited access to special weapons, in the form of flamers, plasmas pistols and some eviscerators. The sergeant has access to better weapons as well. While they come on foot as a basic option, they can, and should, be given jumppacks letting them deep strike, fly, and move 12 inches.

The issue with the Assault Squad is a simple lack of rea...