WFRP: Check Out The Power Behind The Throne Companion

Getting ready to embark on the next leg of the Enemy Within campaign? Be sure and check out the Power Behind the Throne campaign.

The Companion book to the Power Behind the Throne campaign is up for pre-order now from Cubicle 7. But it’s slightly different from the usual pre-order one might expect from C7 in that it’s more like an actual pre-order–you won’t get a pdf immediately upon pre-order, which is the usual method of release for Cubicle 7, but once the pdf is actually done.

We’ll go into more detail below, but wanted to get that out of the way up front. As for what you’ll find in the Companion, there’s a lot here for folks looking to dig into both Middenheim and the Enemy Within. You’ll find deleted scenes, a bonus adventure that serves as a preview for part 4 of the Enemy within, as well as a lot more detail about the Old World that you’ll be exploring in the campaign. Check it out! 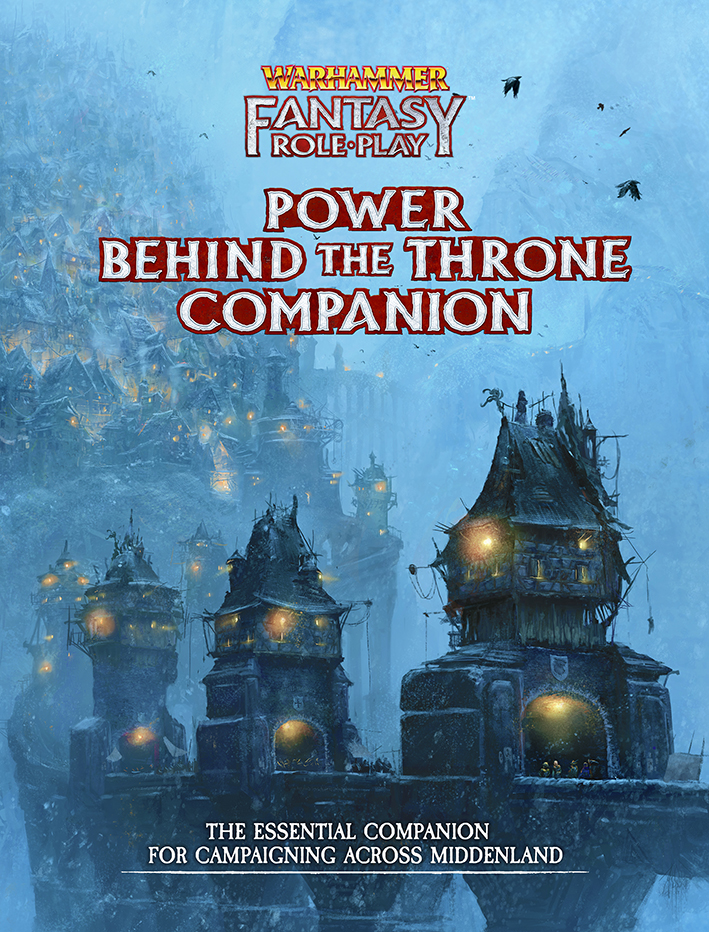 Unlike our normal pre-orders, this product comes with a complimentary PDF when the PDF is completed. While the PDF for the companion is not quite ready, we wanted to launch this product to allow those who wish to bundle postage the opportunity to order multiple products at the same time. The PDF for this title will follow as soon as it is complete – we anticipate its release in Q1 2021. We will continue to update those who pre-order on its progress.

WFRP: Power Behind the Throne Companion

Power Behind the Throne Companion Includes: