Age of Sigmar: Unboxing The New Hedonites of Slaanesh Units 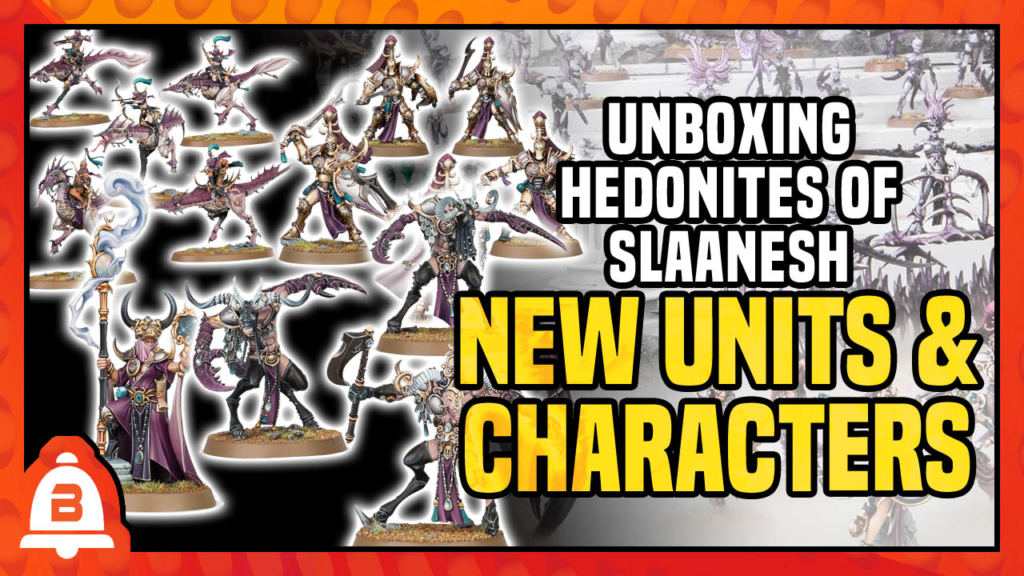 Just how impressive are the new Hedonites of Slaanesh Kits? Take a look for yourself!

We got our hands on the new units and a couple of the new characters for the Hedonites of Slaanesh. Our takeaway: They are looking pretty cool!

Let’s talk about the new units first – I think those are a bit more interesting due to the fact the two characters come in clam packs. We’ll start with my favorite of the batch: The Slaangor Fiendbloods! 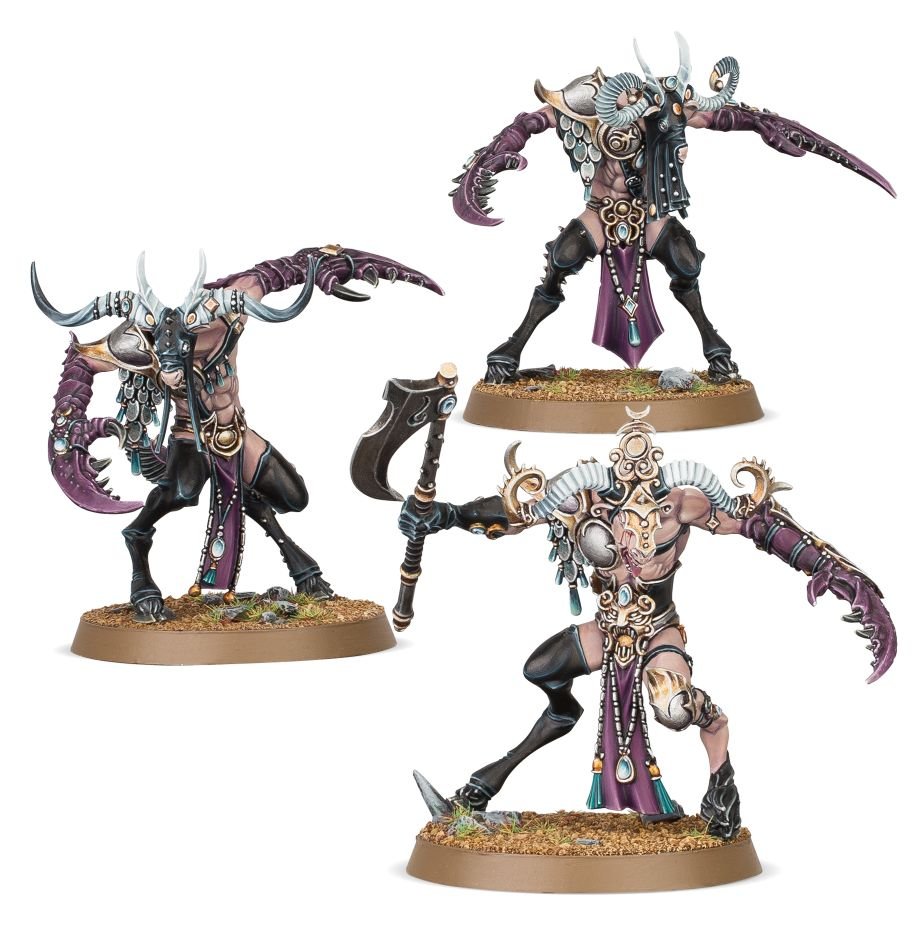 “Why Slaangors?” Because they are so very different from previous ‘Gors. They are longer and leaner than their other ‘Gor-kin and they have some additional Slaaneshi tidbits. Their kit is also suprisingly simple, too. The sprue is densely packed – like you’d expect from GW – but it’s not exactly the biggest challenge. 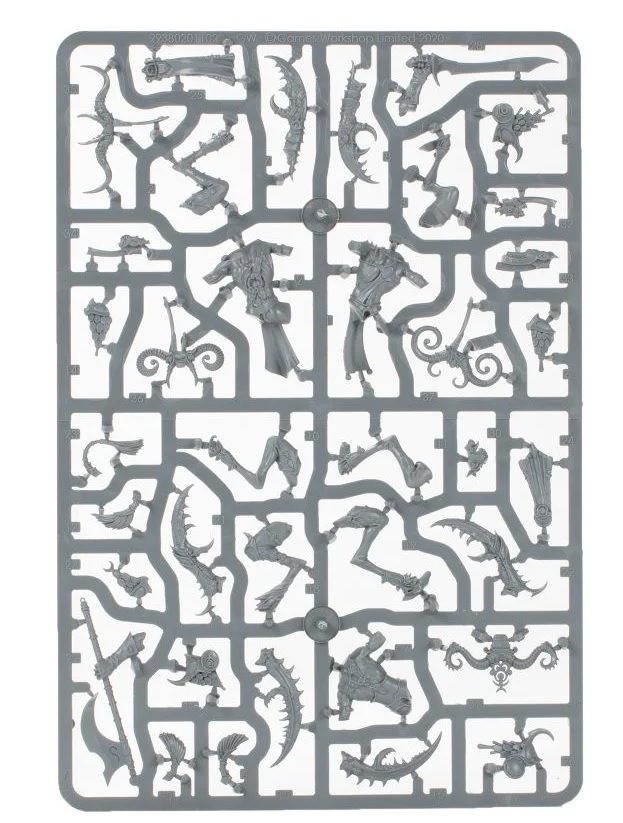 The downside is that it does look like these bits are pretty set in their design. Which means if you want to run a bunch of these, you’re going to have to get creative to differentiate the units/models. I still really liked this kit! 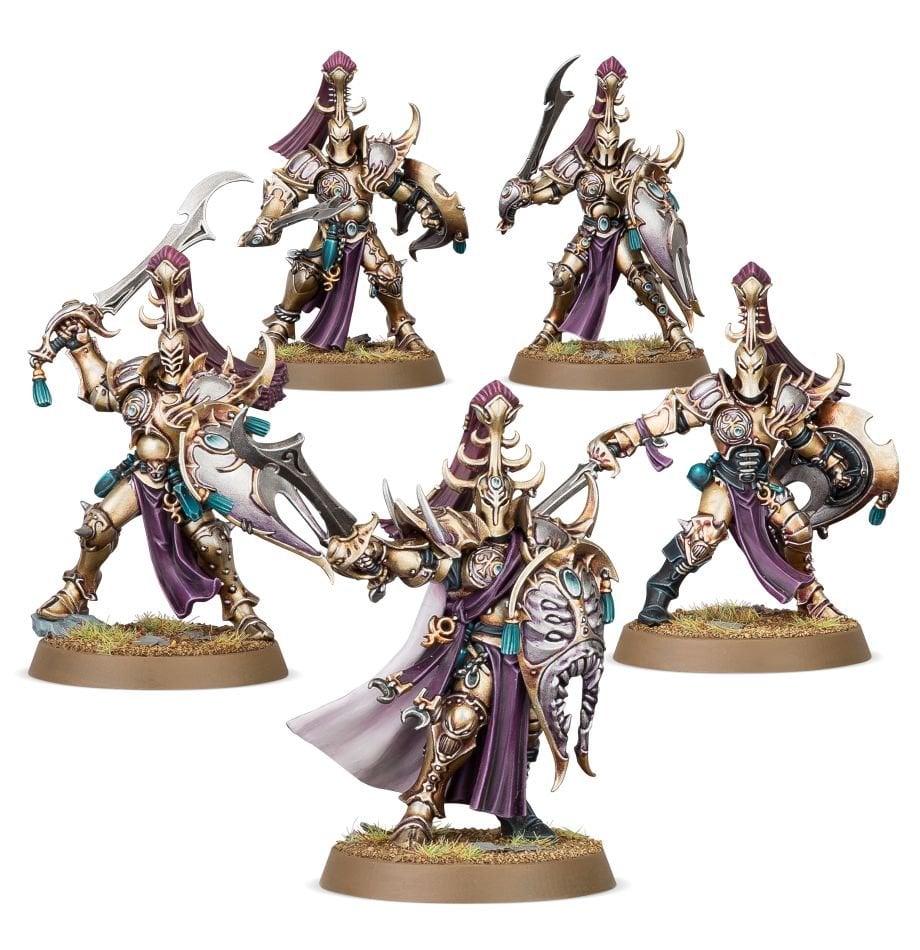 This kit is another one of those dual kits from GW. You can either build 5 Myrmidesh Painbringers or 5 Symbaresh Twinsouls. Which one should you go with? Well they are both similar but the Twinsouls are a little more expensive and hit a little better. It’s kind of up to you in that regard. The Twinsouls also seem a little more complex thanks to their rules – you’ll have to pick which form correctly to get the most benefit. But that’s another topic – we’re here to talk about the models! 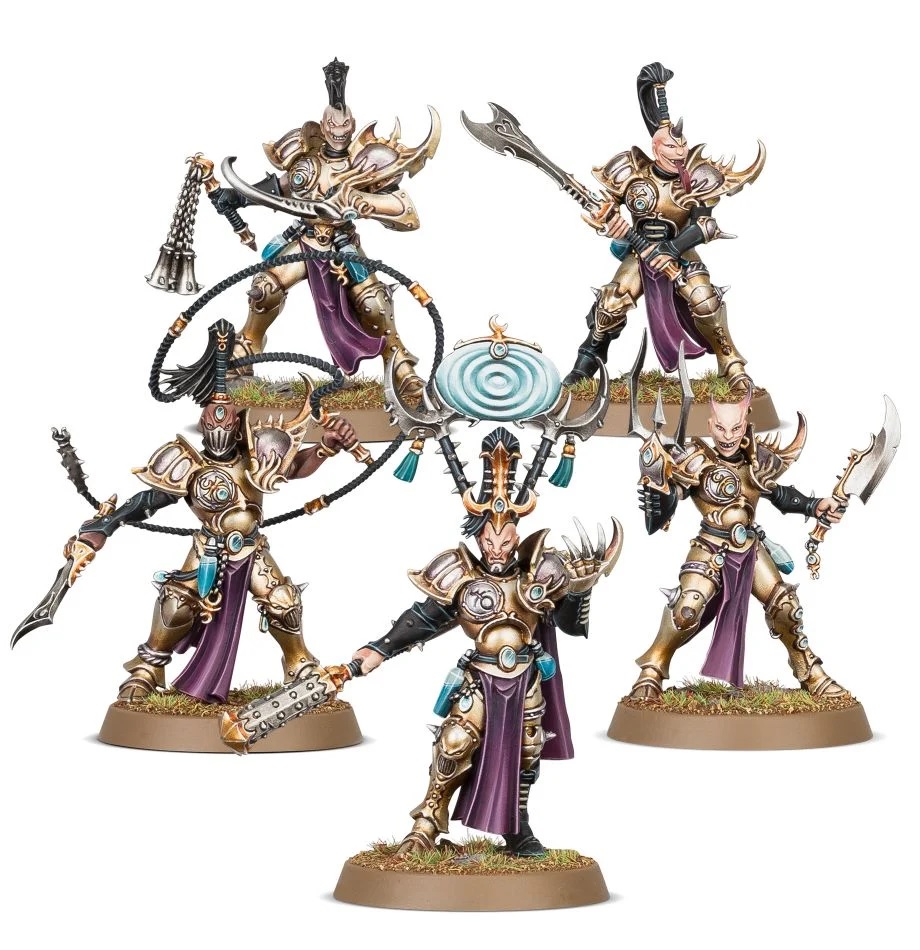 As you can see in the video, the sprues are again densely packed and come with a ton of bits. I have a feeling you’re not going to need everything so you’re going to have some cool leftovers to spruce up your Slaaneshi forces. I think even 40k players might want some of these Slaaneshi bits for their chaos champs so hang on to the extras for some good trade bait! Other than that, I do like these models a lot! GW created/updated them in the same way they did for the Chaos Warriors, only these are Slaanesh versions. And they did a bang-up job, too. 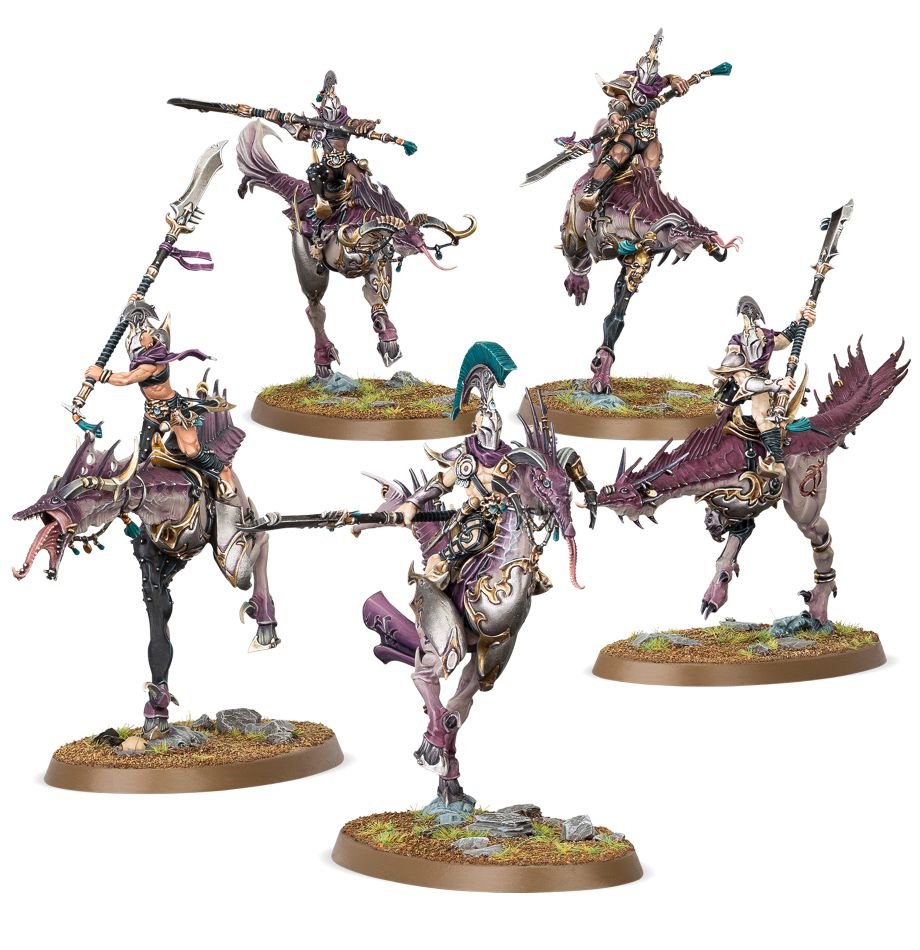 The new Seeker models are also great.  I’ve got nothing bad to say about them and think they are going to look fantastic on the tabletop regardless of which unit option you go with. The Slickblades are more punchy while the Blissbarbs are more shooty – as you might expect. These are a big step up from the older Seeker models, too. These seekers just look more dynamic and more action-oriented. The riders are also more mobile looking. 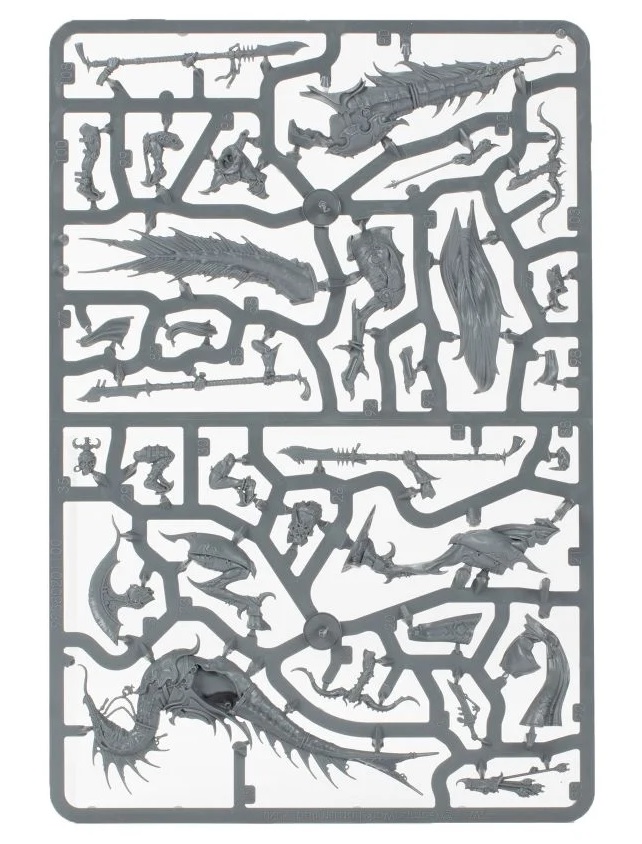 The kit comes with 3 different sprues but you can see how large these seekers are from the single sprue above. Loads of details and lots of cool extras, GW did a fantastic job on these models. I say that because I haven’t had to build them yet (ha!). We’ll see how that process goes… 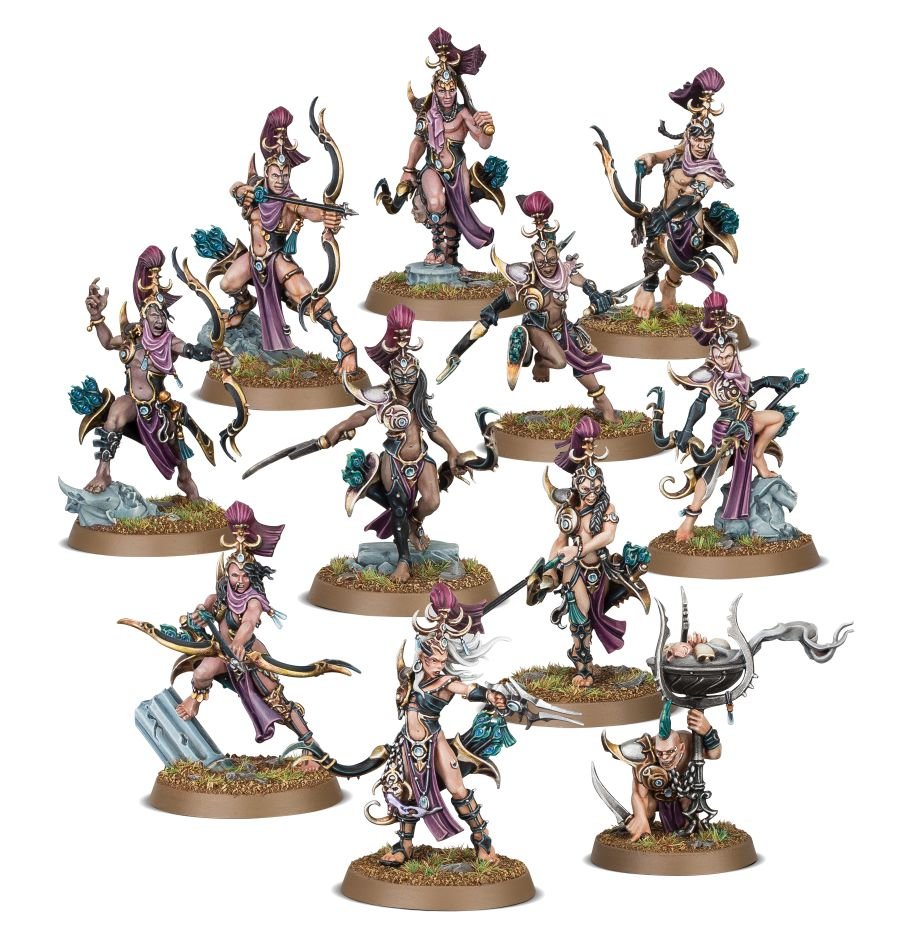 The final kit is the Blissbarb Archers and it’s more of the same – loads of details packed on some densely packed sprues. There seems like there is a LOT going on with these models, too. Lots of skin, lots of cloth, lots of metal, lots of …well, everything. This is Slaanesh after-all! 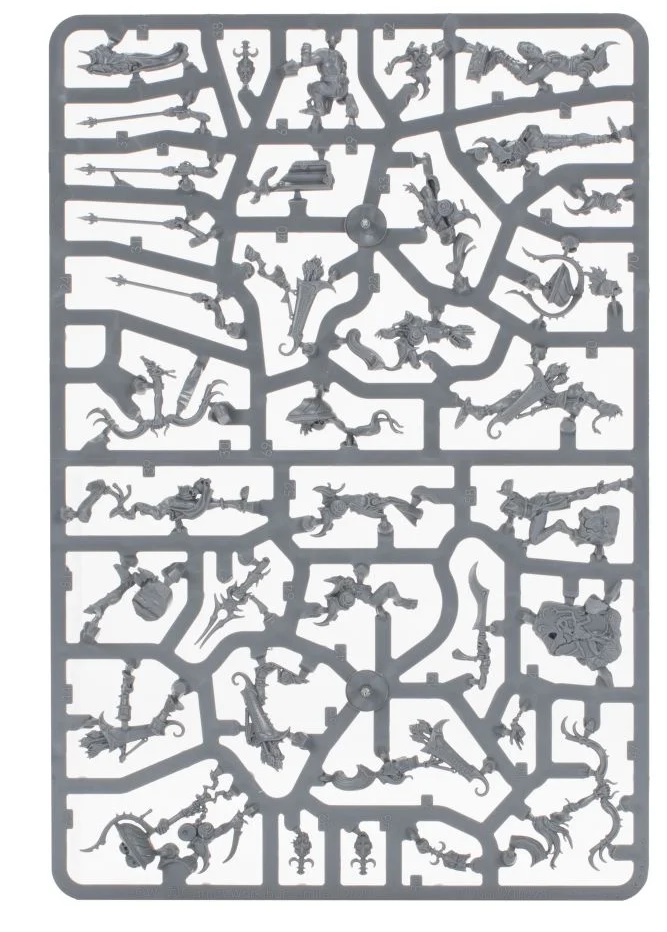 You’ll get two sprues and enough stuff to build a total of 11 models – although one is that strange brazier bearer. That said, it does look like a fun kit to assemble as you do have quite a few sculpts to put together. That should help keep things visually interesting if you decide to run multiple copies of this unit in a list. That’s never a bad thing in my mind. 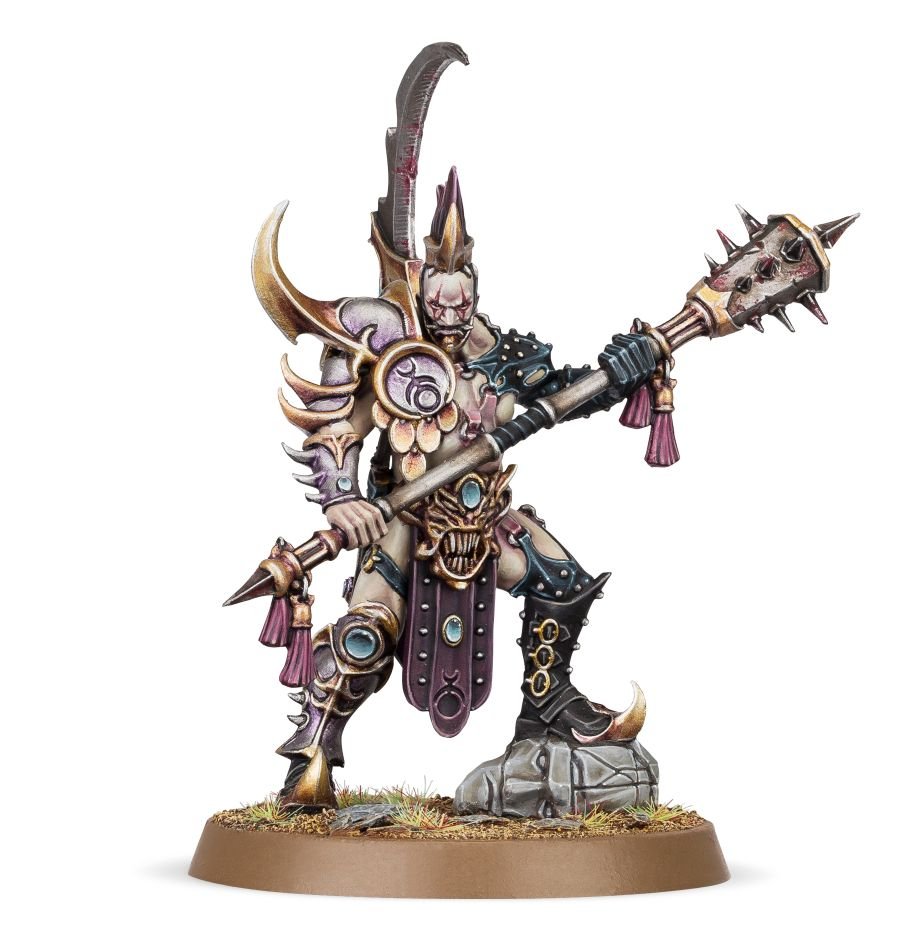 Okay, let’s do the characters really quick – the Lord of Pain isn’t new but it is a pretty cool model. It was only available in the Shadow and Pain box, but now it’s available as a solo option. He’s got a beat stick and just so happens to be one as well. He’s called the Lord of Pain for a reason! 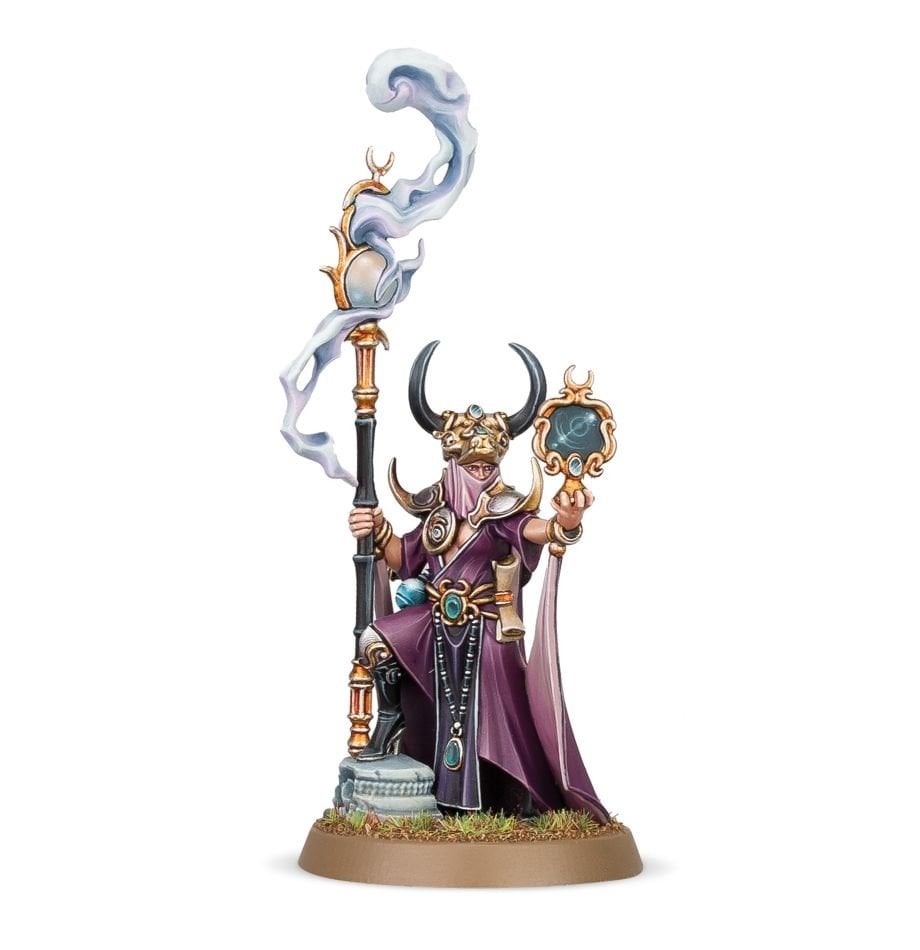 I do actually like the Slaanesh characters – but there just isn’t much else to say about them. They look cool and their kits go together pretty easy. I like this Slaaneshi take on a wizard, too. I think you could have some fun assembling and painting this model up as well.

We’ve got another video coming for Sigvald and the Lord of Gluttony. They deserved a bit more time on those models.

What did you think of the new Slaanesh Units? Let us know in the comments! 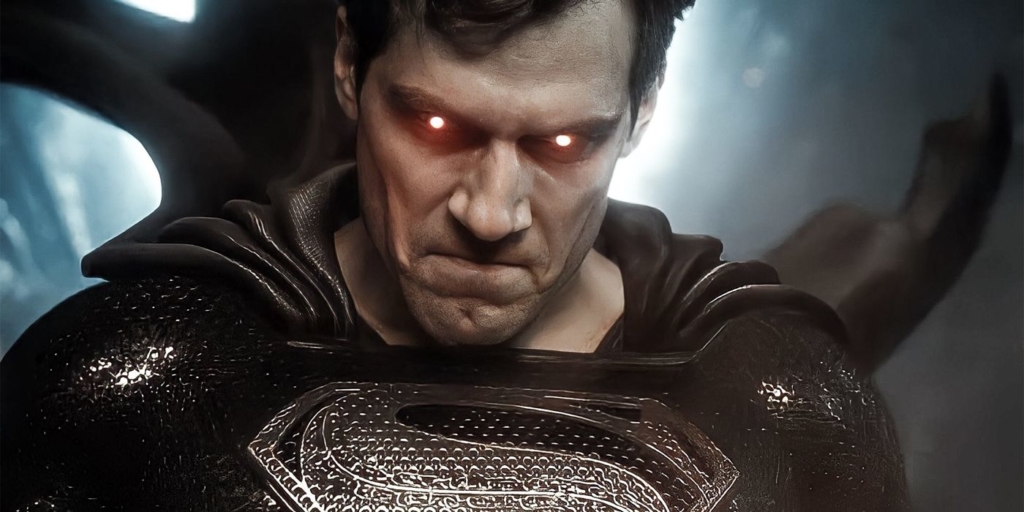