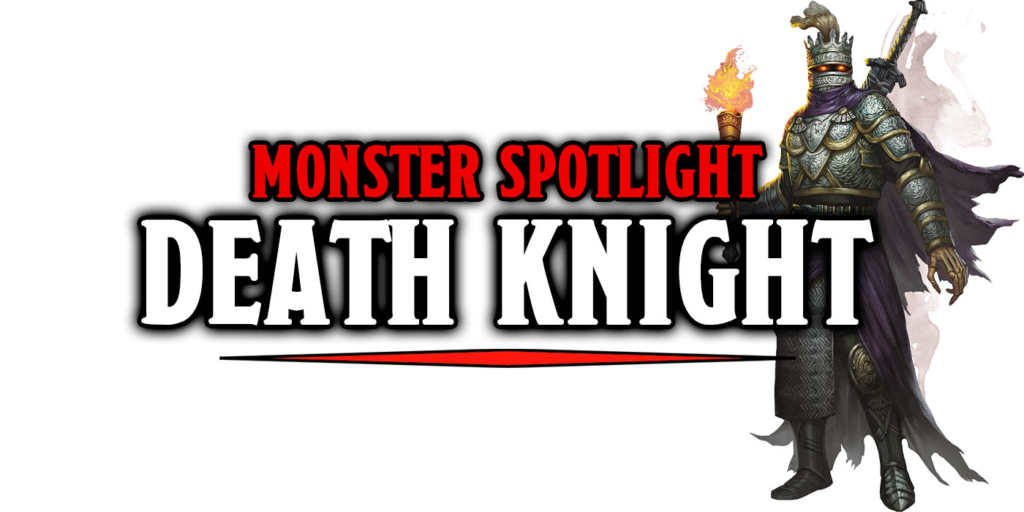 With sword combat, magic, and a nonexistent morality, you may think something called a death knight would be bad news. And you’d be right.

Only twelve Death Knights are known to exist, making them some of the most most rare fiends in the folio. They’re a sort of lich created by a demon prince which may or may not be Demogorgon from the bodies of fallen human paladins. They cannot be dispelled through magic, can control undead with the power of a sixth level cleric, and are often seen riding nightmares. A Death Knight’s main attack is their magic and their continuously generated five foot radius fear bubble, but ice, fireball, and gate are also favorites.

I can hear this drawing and it sounds like 80s Saturday Morning Cartoon villains.

Second Edition lets us know that the Death Knights are pretty physically imposing by human standards, standing at about six feet tall and weighing more than 300 pounds with a blackened skull for a face and two glowing pinpoints for eyes. Depending a a dice roll, a death knight could have a long sword or a short sword of life stealing, and its fighting style leaves very little regard for personal safety or self preservation. They generally manage to regain most of their combat skills from their paladin life and don’t know the meaning of surrender, making them a terrifying prospect to take on in a one on one skirmish. Plus, they’re still fear producing magic users.

3E Death Knights are fancy. They were powerful and important people in life so they wear expensive or magic clothing and armor with flowing capes in their post life to reflect that. Or perhaps because they never changed after they died, either way. If disarmed they can use a tough attack that uses negative energy to deal damage equal to 1d8 + the Death Knight’s charisma as well as one point of constitution damage.

Death Knights keep their soul in their weapon which, like their armor, is the same that they carried in life. Taking a Death Knight’s sword from it will daze and weaken anyone who wields it unless the Death Knight has been destroyed If you destroy the weapon hoping to destroy the Death Knight’s soul, it will just restore the weapon with a touch. Fourth Edition also brings us the addition of dragonborn death knights as well as human…. which just seems much worse somehow. 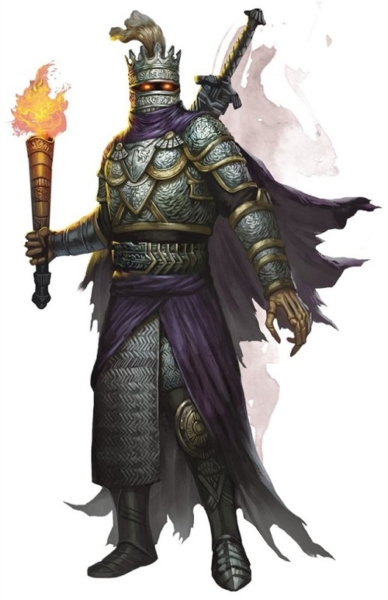 Not much changes for the death knights in fifth edition, but with magic resistance, a hellfire orb, and the ability to give itself and any undead within sixty feet advantage on saving throws, it’s definitely not boring. Death Knights can rise again even after being destroyed, and only truly escapes the cycle of death and un-death by atoning for their wrongdoings in life.

Have you run into a death knight? Which edition or variety did you take on and how did that encounter go for your group? Did you convince it to atone or is it still wandering somewhere? Let us know in the comments!

The Dragon Prince RPG Is Open For Playtesting Now 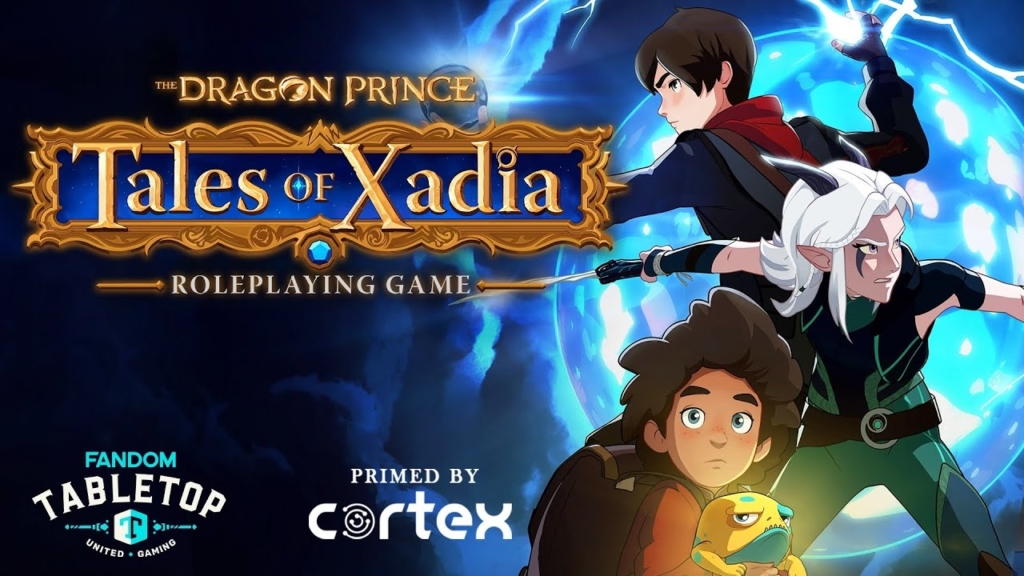