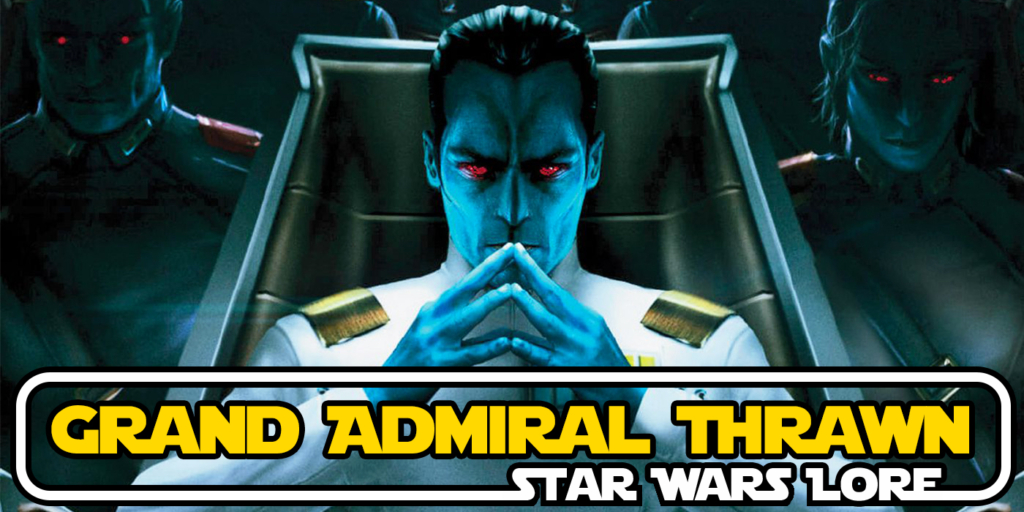 Grand Admiral Thrawn once helped the Empire rise… but who is the mysterious figure mentioned in The Mandalorian?

The recent season of Disney’s The Mandalorian hinted at a bigger galaxy and major events taking place. Among them was ex-Jedi Ahsoka Tano’s searching for the shadowy Grand Admiral Thrawn. But just who is this mysterious Imperial, and what does he want? 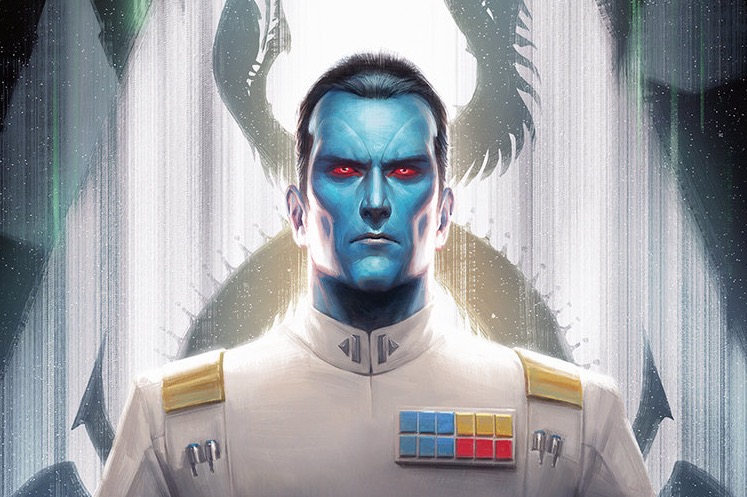 Grand Admiral Thrawn, whose full name is Mitth’raw’nuruodo, is one of the greatest tactical minds in the galaxy. His exploits are legendary– so legendary that they seem to have been one of the few things to survive the great canon harvest.

But how does a Chiss go from the Chiss Ascendancy to a position of prominence in the Empire? The organization is notorious for state-sponsored xenophobia. Heck, it wasn’t just the order of the day, it was actively promoted by COMPNOR!

The simplest answer? By proving to be too indispensable for even the Empire to promote a human over you. Born Kivu’raw;nuru with the core name Vurawn, he was recognized early on as Mitth’raw’nuru.

Chiss names are multi-syllabic, and Chiss use their shortened form among non Chiss. Thrawn, as he would come to be known, proved to be a formidable commander early on.

Originally a member of a small, poor, lower-class family in the Chiss Ascendancy, Thrawn trained in warfare. He entered a military academy before joining the Chiss Defense Fleet. There, he distinguished himself enough to survive being relieved of command by the Supreme Admiral of the Ascendancy to be reinstated by the Supreme General.

Eventually Thrawn left the Ascendancy, venturing out of the Unknown Regions and into known space. There he encountered the forces of the Galactic Republic.

During the Clone Wars, as General Anakin Skywalker is exploring near Batuu, the legendary Jedi encountered an unidentified freighter. Well, kids, that was none other than Thrawn himself. He offered to aid the Jedi in exchange for information about the Clone Wars.

Skywalker and Grand Admiral Thrawn fought against assassins, droids, and exposed a Separatist plot– ultimately rescuing Padme Ammidala together. Skywalker’s admiration for Thrawn sowed the seeds for his eventual rise in the Empire.

This was fantastic for Emperor Palpatine. His dreams of casting aside the democratic government of the Republic and spreading the terror of the new Galactic Empire would be most welcome to the Chiss. 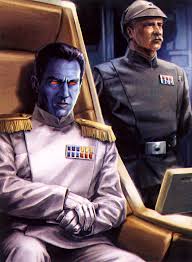 Thrawn would have to concoct quite the scheme to gain the Empire’s attention though. The Ascendancy, wondering if this new Empire would be a suitable ally, assigned Thrawn to infiltrate the Empire.

His job was to determine whether it could be an ally. Or he could choose to make it an easy prey for the Grysks, a dangerous, mind-controlling empire lurking in the Unknown Regions.

Grand Admiral Thrawn faked exile from the Chiss Ascendancy and eventually made his way to the heart of Imperial power. In order to get there, he had to make himself a threat to the Imperial soldiers he first encountered.

Brought before Emperor Palpatine himself, Thrawn parleyed a commission in the Imperial Navy, trading information on the mysteries of the Unknown Regions in exchange for a slot in the Royal Imperial Academy. There, Thrawn proved to be a wily student, fighting tooth and nail to distinguish himself among the prejudiced Imperials. 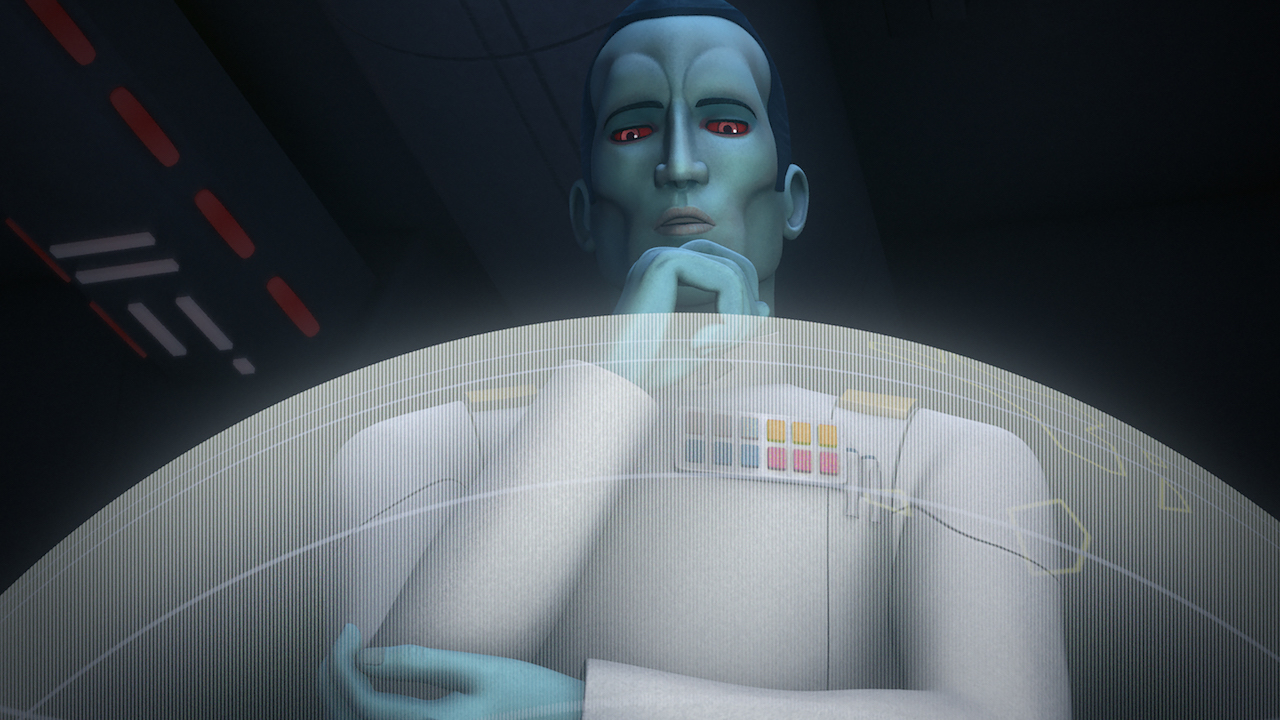 Even after finishing his tenure at the Academy, Grand Admiral Thrawn proved to be a cunning commander. With a keen eye for talent and a willingness to thoroughly know his enemy, Chiss fought and won key victories for the Empire.

The soon-to-beadmiral captured smugglers and criminals, and proved to be indispensable to the Empire. But it was during the battle of Batonn that Thrawn proved his worth to the Emperor, leading beleaguered Imperial forces to a campaign of victory that, while costly, ultimately landed Thrawn a role as Grand Admiral.

During the Galactic Civil War, Thrawn was wounded during battle with Ezra Bridger, and his ship was was taken into Hyperspace by the alien purrgil. He disappeared from the known regions of the Galaxy. But Thrawn seems to have survived. At least for a time…

Disney Confirms Gina Carano Will Not Be Returning to Star Wars 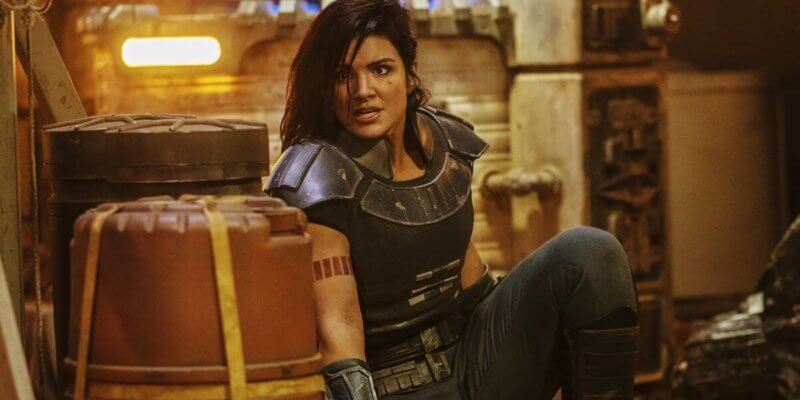