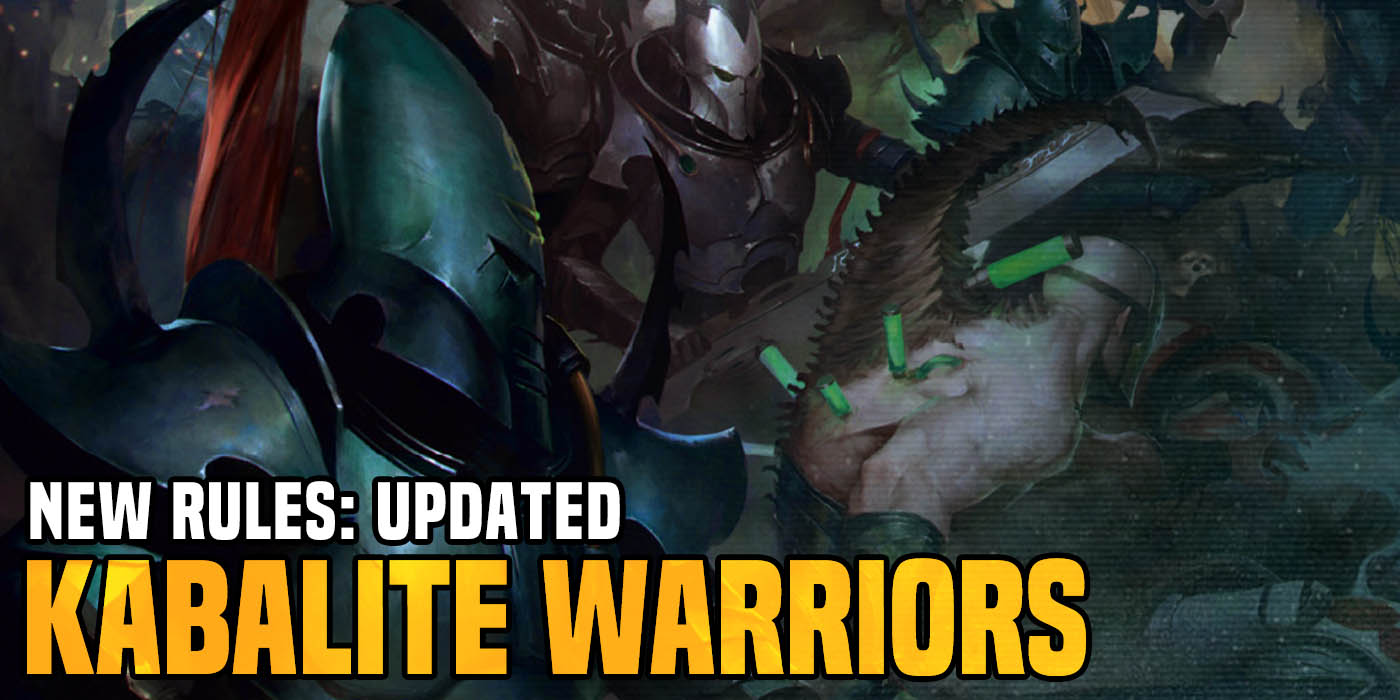 The Druchari Warriors are back with an updated set of stats and weapons for 9th edition. Take a look.

This image from a miniature assembly guide has been doing the rounds. It appears to be from a new repacked 9th Edition Kabalite Warriors.  It is all over facebook, and various forums. 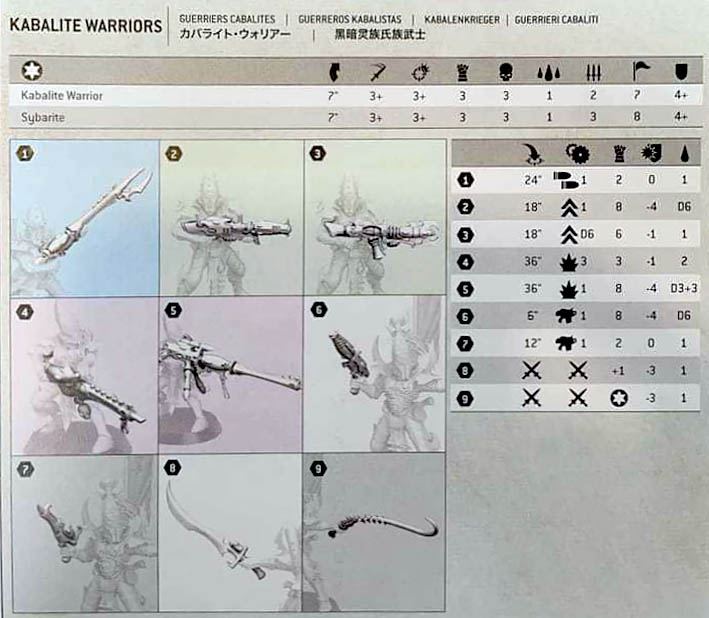 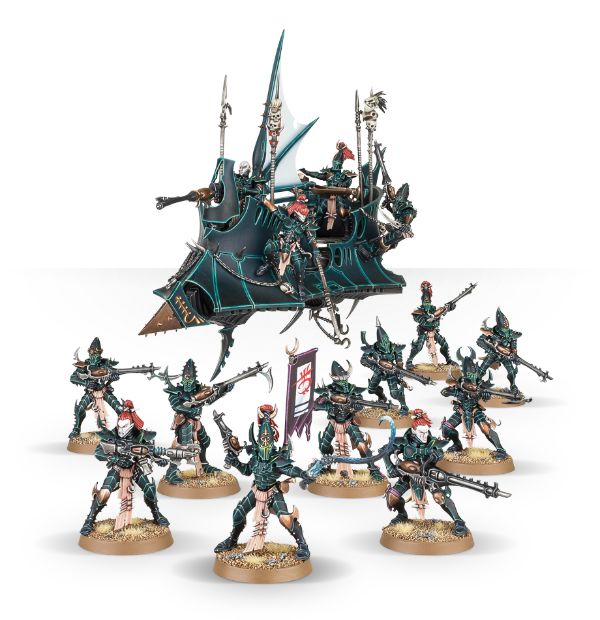 This is a dramatic increase in lethality across the board. The common Heavy weapons of both Dark Lance and Splinter Cannons are both substantially more effective. The Dark Lance’s D3+3 damage is just so much better than than the completely unreliable D:d6. The Splinter Cannon if it remains dirt cheap is the new marine killer moving to D2.

With the incredible increase in durability of the entire Astartes range, we have been wondering for months exactly how the Xenos races are going to compete. Doubly so the Elday who by design just can’t be increased in wounds, yet are not a horde army. We have been thinking that the only way the Design team can give these factions any chance of competing is to increase both their lethality and skill. Here we see bothin spades. These are the bog-standard basic troopers of the army, now with Aspect Warrior 4+ armor, double the attacks to better use those improved melee weapons, and of course much deadlier weapons. 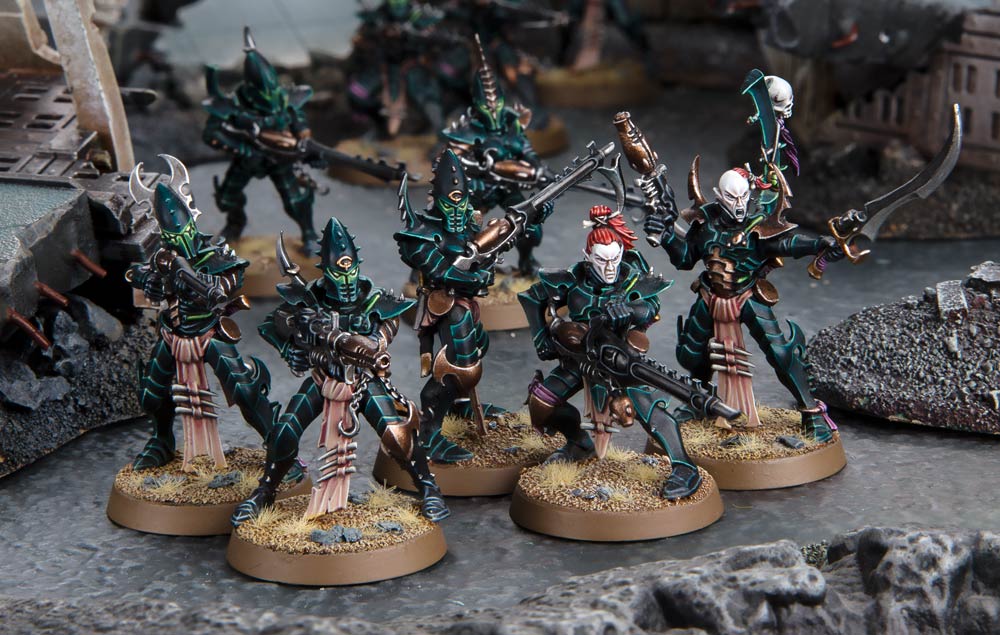 I’m curious to see the poison rule replaced by S2, but these assembly instructions are famous for leaving out the fine details. I would expect some additional special rules for the splinter family in the full codex.

No one leaves the Dark City! 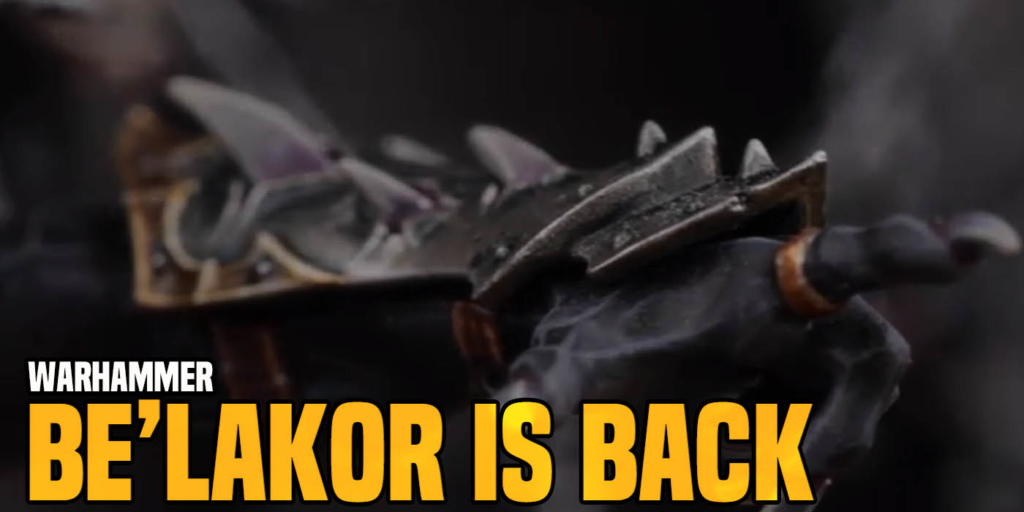