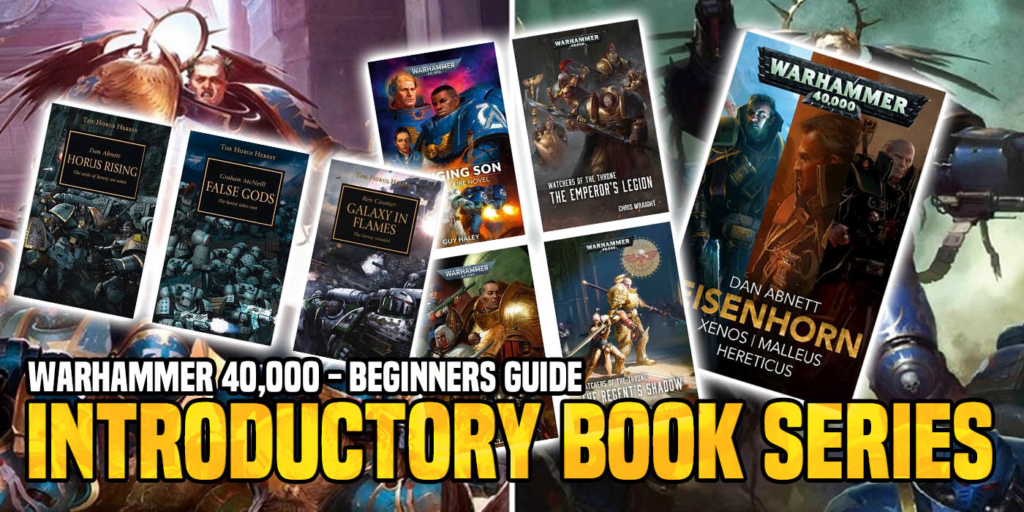 Warhammer 40,000 has a LOT of lore to cover. So where should you start? Here’s a few suggestions.

Let’s pretend for a moment that you’re completely new to Warhammer 40,000. Maybe you saw it being played and thought it looked cool. Maybe you picked up one of the video games and gave them a whirl and liked them and wanted to learn more. Then you did a quick search and just as quickly got overwhelmed. Turns out Games Workshop and the Black Library have been cranking out books for a LONG time. So where should you start?

Don’t worry – we’re here to help. These series are just the tip of the spear that is the Warhammer 40,000 lore. If you’re looking for a starting point these will point you in the right direction. We’re listing them in the order you want to read them with explanations why.

If you want a starting point: read these books. To understand the Grimdark universe you need to know how it started – or rather, what made it go both grim and dark. If you only read the first three books in the Horus Heresy series, you’ll have a pretty good grasp on things. You can keep going if you want to – but if you truly want to “Get It” you need to read these books. We debated on including Flight of the Eisenstein but three books is plenty to get started. 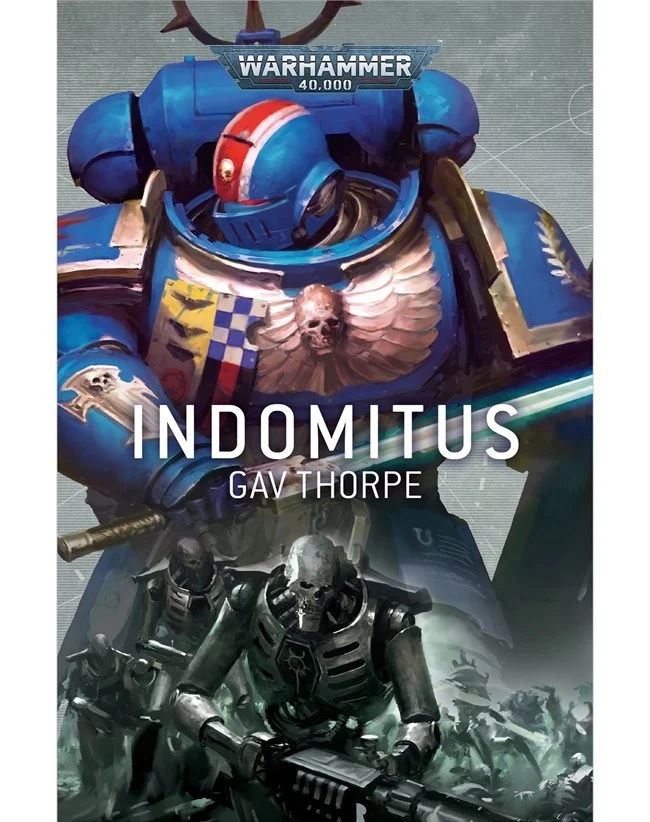 Next up, we’re fast forwarding 10,000 years. Indomitus takes you right to the current happenings of 40k. Longtime players might eyeroll and talk about how “there are so many other series to read” – but you’re new and not jaded yet. And we’ve got some suggestions down the page for those, too. Plus this book  will help you understand what the heck is going on right now.

We’ll get you up to speed with the current events of the Grimdark and then back track a bit for more explanation. Indomitus does a great job of getting you caught up with the Warhammer 40,000 of today. Welcome to the modern and current edition of 40k – 9th edition. 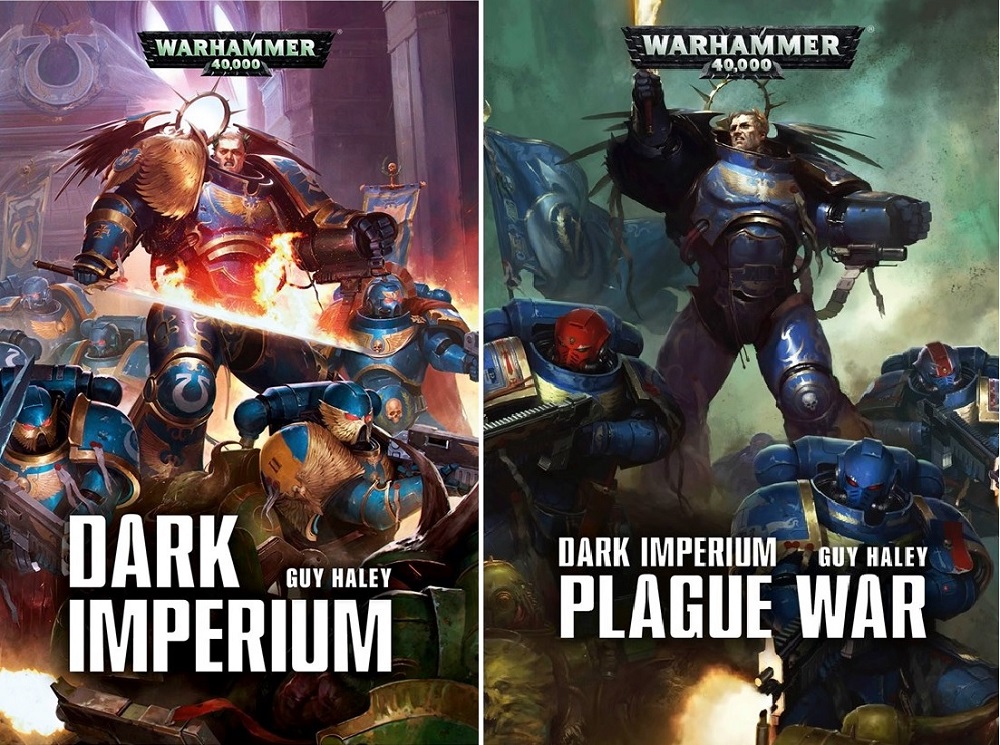 Alright – you’ve got an idea of how it started, and you know where the Grimdark is at right now. The next step is actually backwards in the timeline, just a tad, to get you enlightened on some of the previous events in the Grimdark. Dark Imperium covers the events after the Gathering Storm – which was the campaign series for 7th Edition. So in a way this is basically 8th edition 40k in a nutshell (sort of). Funny thing is the series is still on going with a book (Godblight) slated for release in 2021.

Anyhow, this is a basically a re-introduction of Roboute Guilliman, how we collectively ended up with Primaris Marines, and the new “normal” for the Grimdark.

Dawn of Fire Series / Watchers of the Throne Series 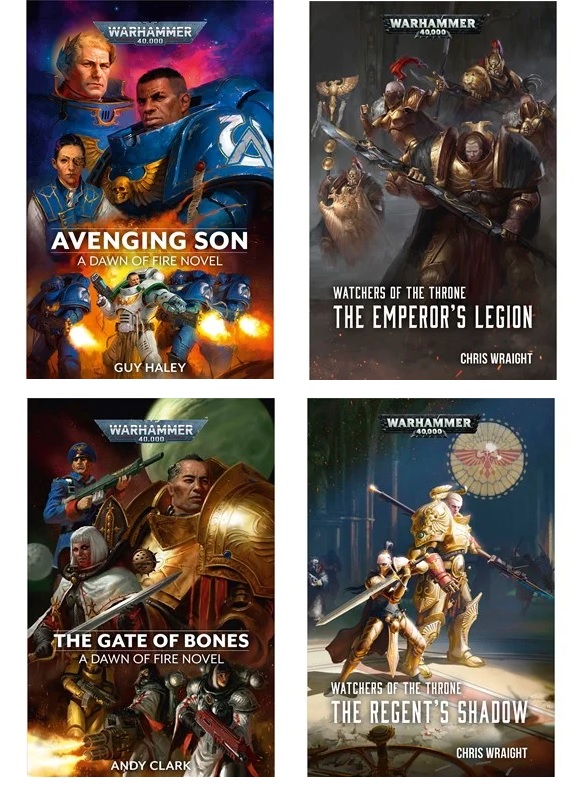 Yes, this is two series in one entry. Why are we combining them even though they are different series? Well, these books show the aftermath of Guilliman’s return. They also introduce some new points of view as the previous entries have all been pretty Space Marine centric. Don’t get me wrong, still lots of Space Marines, but this also shows off some of the other major players in the Imperium. Plus, with Watchers of the Throne, you get to see how the Adeptus Custodes are changing thanks to Guilliman’s return. Political intrigue in the Grimdark? Yep – it’s a nice palette cleanser.

Okay – so that’s technically Five series to get you up to speed on the Grimdark. However, we’ve got a couple bonus ones that you’re probably going to want to read to really get a taste of the Grimdark from before the Great Rift. 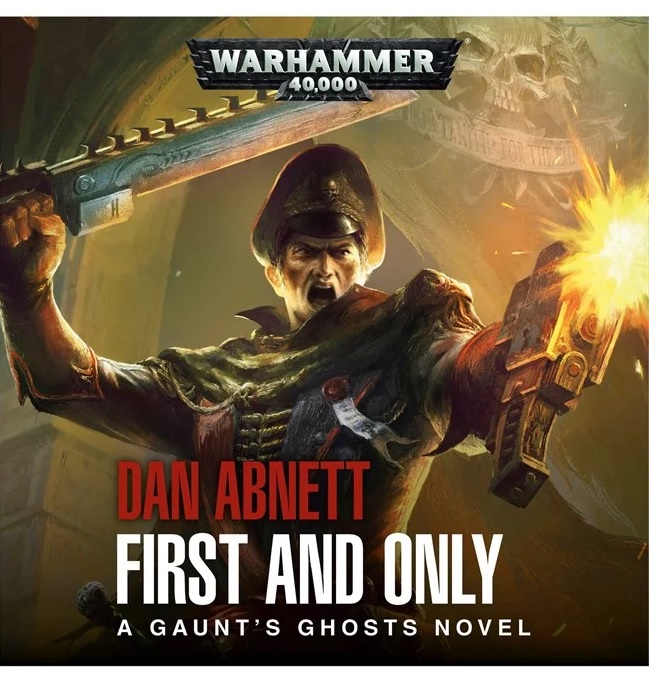 Ask anyone who’s been around for a recommendation and this series is bound to pop-up. It’s a fantastic series from Dan Abnett and it really shines a light on the Imperium from a completely different Point of View. That perspective is that of a “normal” human in the Imperial Guard. This series follows the tale of Colonel-Commissar Ibram Gaunt and the Tanith First and Only. No spoilers here but this series is how the Grimdark works for those folks not in Power Armor. 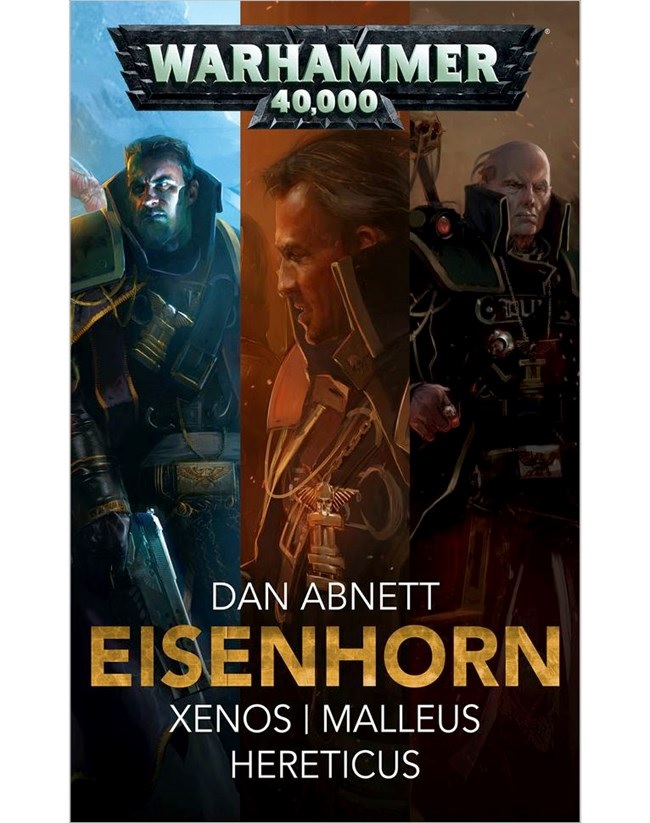 Yet another perspective from the Grimdark – this one is from an Inquisitor. You’ll probably want to read this one just for the fact that it’s in development for a TV show. Get ahead of the curve and read this one before the show comes out. Then impress all your friends with all your Grimdark Knowledge. And now YOU are the Loremaster and no longer the apprentice.

Hopefully these suggestions helped if you didn’t know where to start. If you’re a loremaster and have some good starting suggestions, drop them in the comments and help your fellow lore-junkies out! 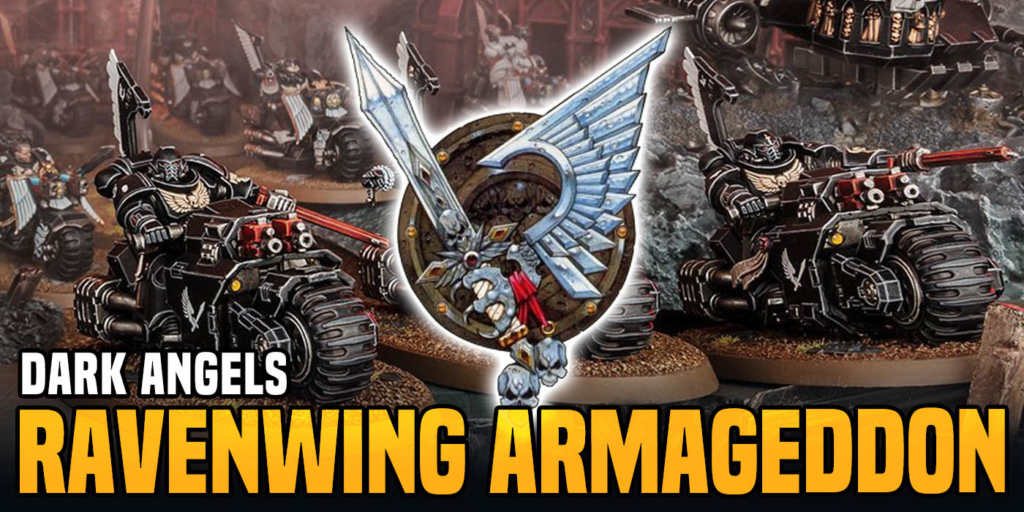