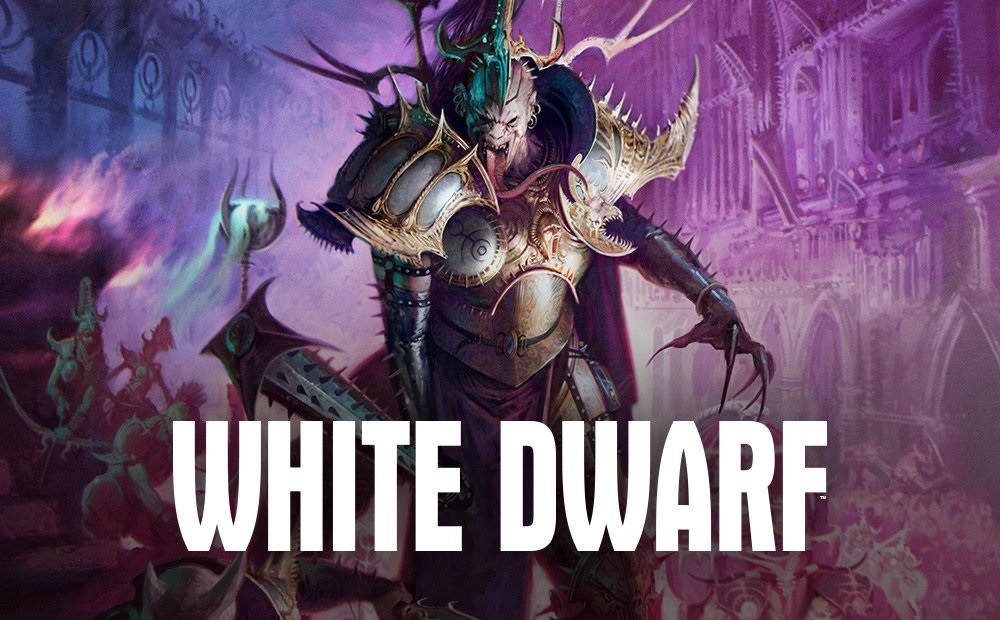 Rules for Maelstrom of War are returning in this month’s White Dwarf – plus we get a look at the rest of the contents!

Hedonites of Slaanesh might be on the cover this month but there is a whole lot more going on in the February issue of White Dwarf. First up, let’s take a look at the Table of Contents: 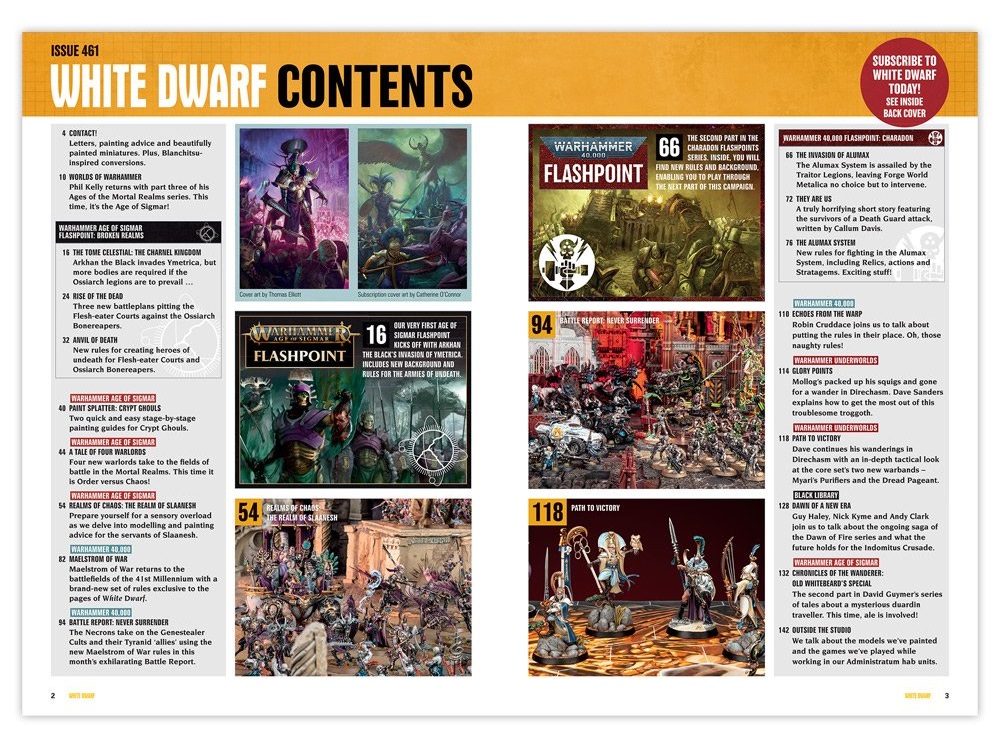 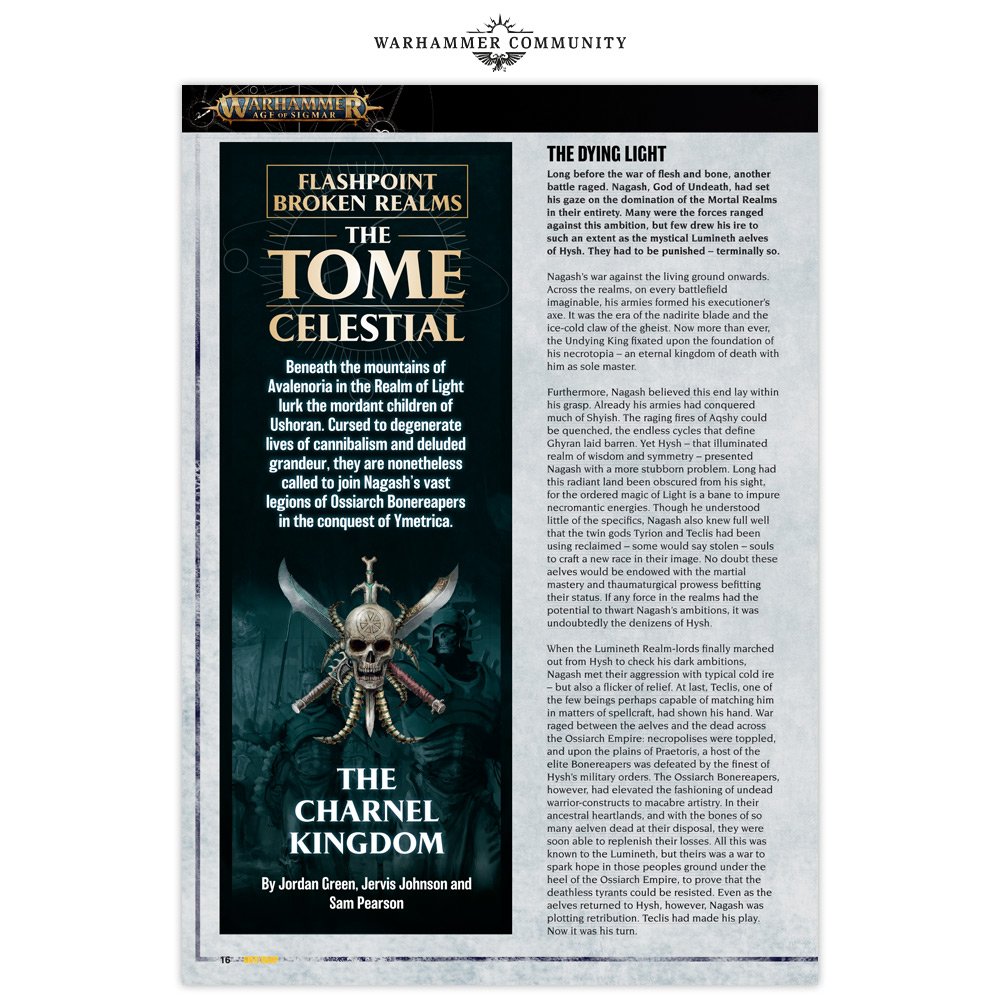 This is going to be must read lore for AoS fans – Arkhan the Black is up to no good with the Ossiarch Bonereapers. They are marching on Ymetrica so the Lumenith Realm-lords might have something to say about that. This series looks to tie directly into the events that are unfolding with the Broken Realms series so get ready for some lore shake-ups to happen.

Return to the Maelstrom

For 40k fans, get ready to give the Maelstrom of War another shot. It’s back for 9th edition with a vengeance! 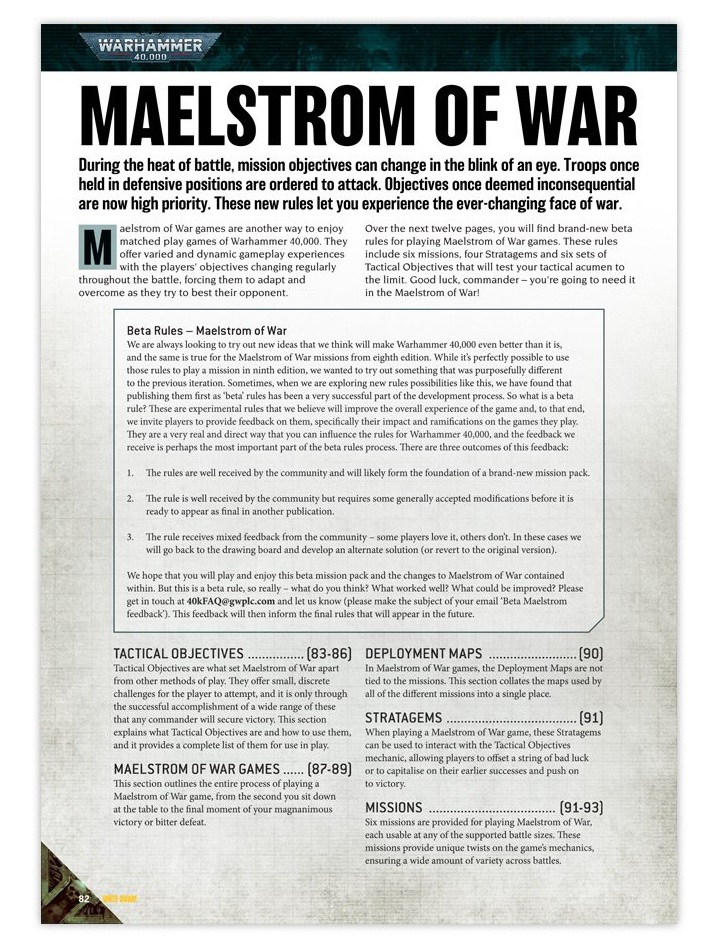 “Anyone who played Warhammer 40,000 during its recent editions will remember that matched play missions were divided into two formats.

Eternal War missions represented battles fought over specific objectives, with clearly defined victory conditions. Meanwhile, Maelstrom of War challenged players to think on their feet and react to events as they unfolded. One moment you would need to claim or hold an objective, another you might need to eliminate an enemy Psyker, Vehicle, Monster, or perhaps even the enemy Warlord.”

Well now the Maelstrom of War missions are returning via White Dwarf. This issue has the full rules to give these ever changing missions a go. It’s a true test of your tactical skill and generalship to take on these missions (or just a random prayer to RNG in some folks eyes). Can you deal with the constantly shifting objectives? Sometimes the key is to prevent your opponent from scoring as much as it is trying to take your own objectives. 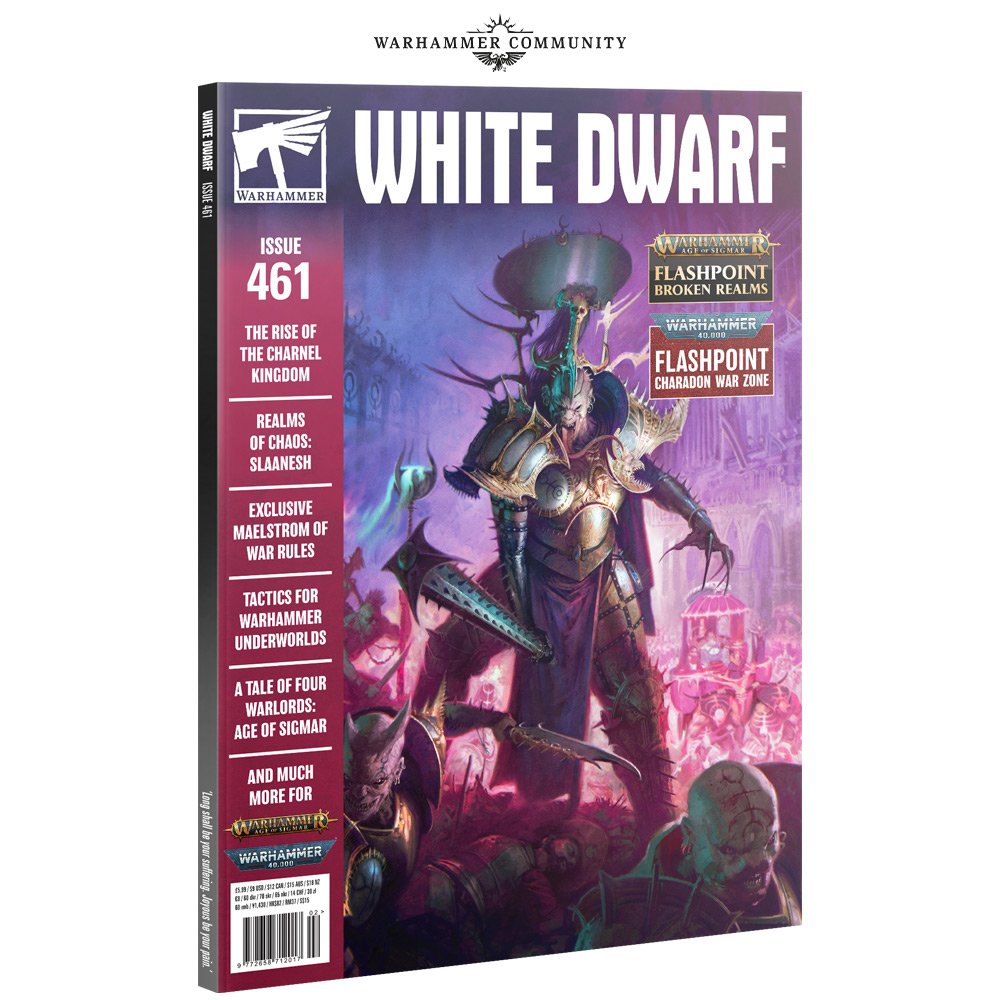 There’s a ton of great stuff in the White Dwarf – are you ready for it? 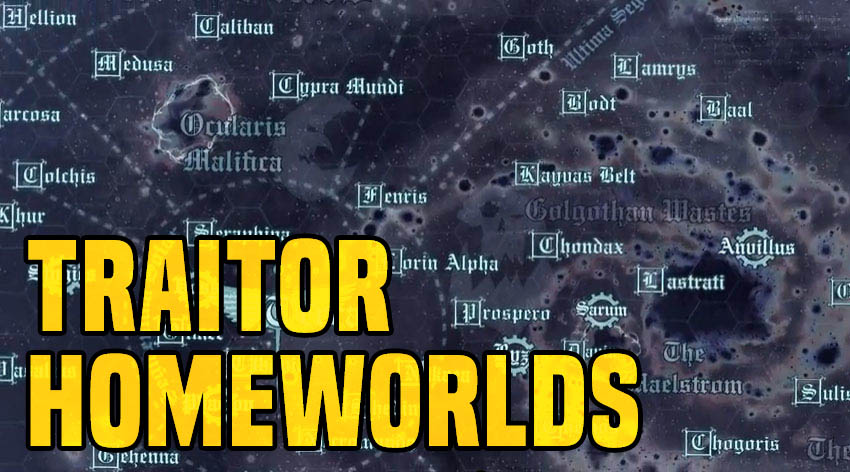