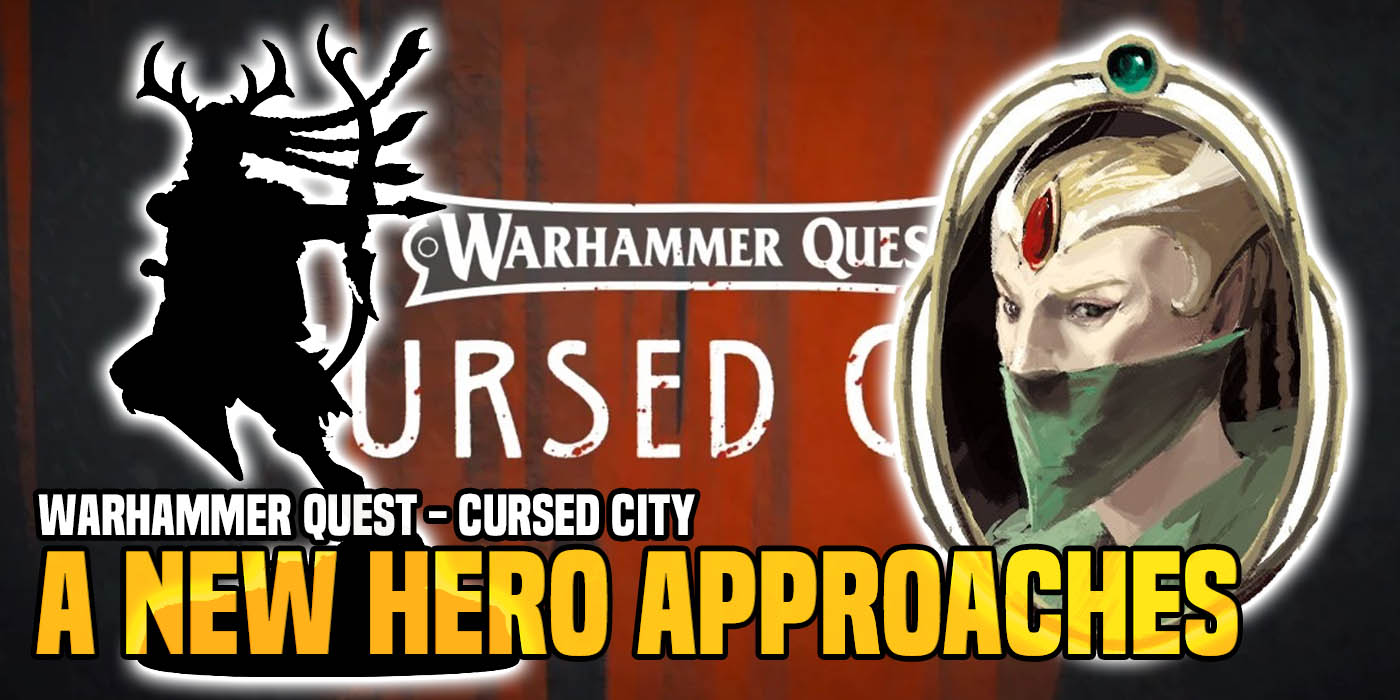 Warhammer Quest: The Cursed City is shaping up to be a new spin on the adventure game from GW and to spice things up they are introducing a new batch of heroes. Today, we’re getting a look at Qulathis the Exile. She’s in this one for revenge against the Undead and she’s got the skills to get the job done. 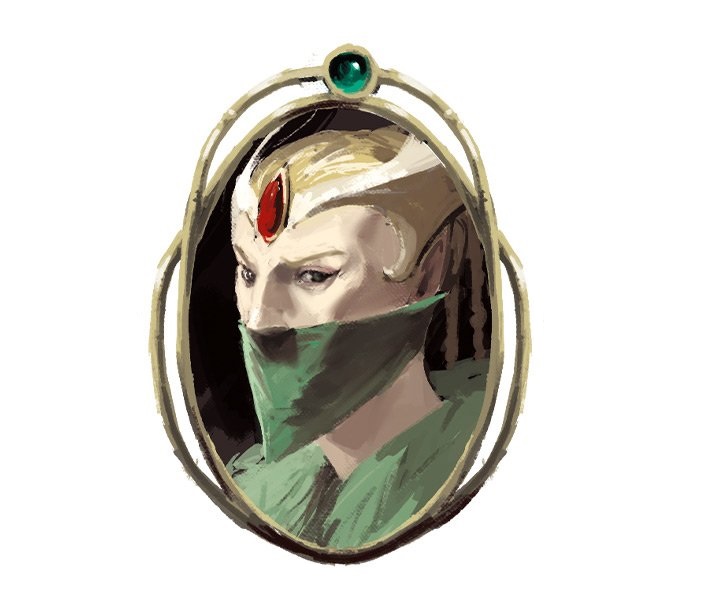 “In the realm of Ghyran, there is a strange annex called the Enga’la Weald, once known only to the Sylvaneth. Then the Soulblight came. Qulathis and her kin fought a savage guerrilla war against the vampire invaders, but they could not match the brute strength and the resilience of their undead foes.

Qulathis’ clan lost hope and withdrew, seeking to restart their lives elsewhere. Qulathis, however, refused to give up and vowed to bring true death to the vampires, even though her elders expressly forbade it. With her blade and her bow, she made her way to Ulfenkarn to seek her revenge.” 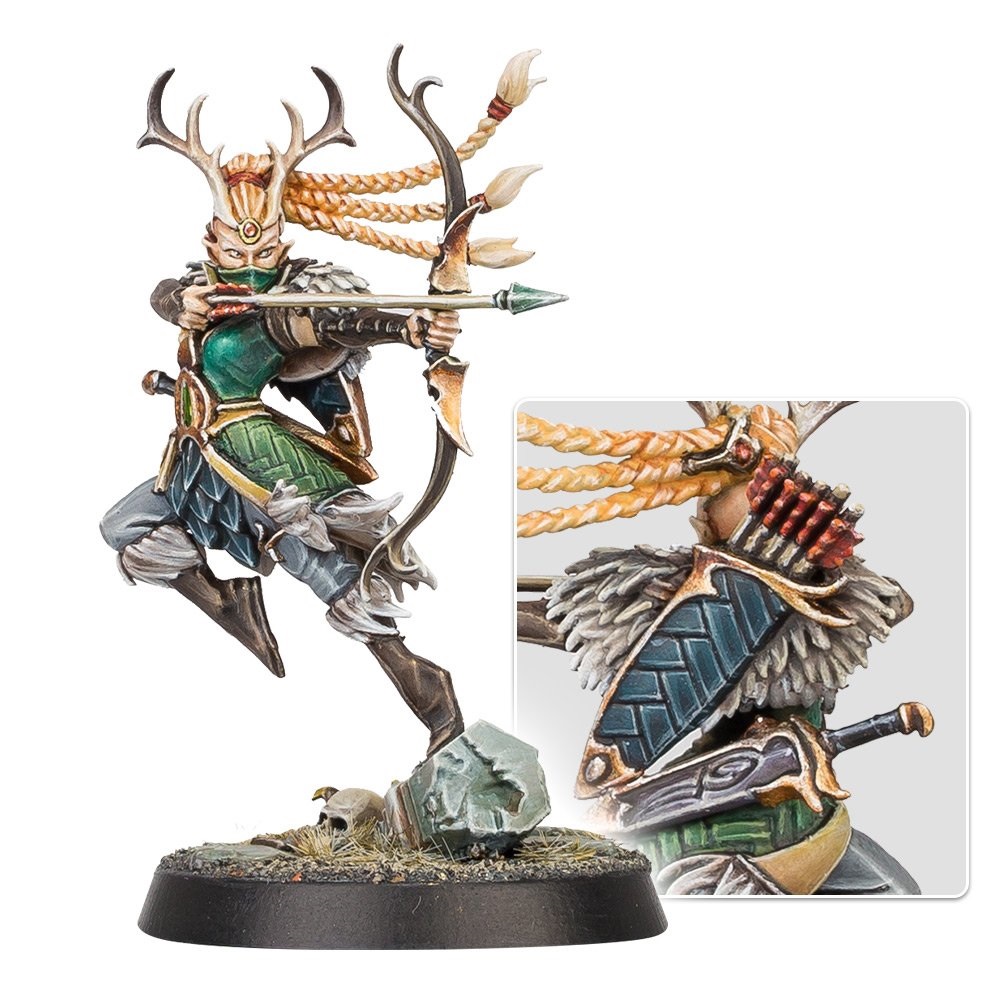 Qulathis is packing magical arrows crafted from an arm-thick splinter from the Oak of Ages. Those arrows are perfect for putting down the Undead and ensuring they stay down. A nimble looking fighter with a trusty bow and sharp blade, Qulathis the Exile is going to be a great asset for fighting the tide in the Cursed City.

In terms of heroes, that’s now two of the four teased from the trailer.

However, we’ve got a pretty big hint there may be even more on the way: 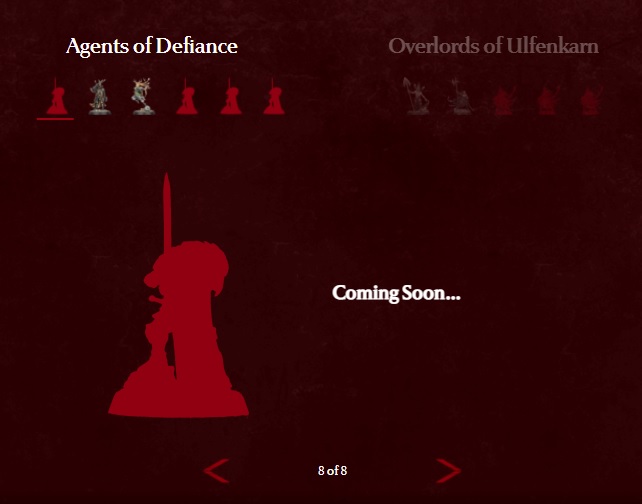 We’ve got two down out of eight for the Agents of Defiance. I can’t wait to see more from this new boxed game from GW!

What do you think of this new hero? Are you excited about Warhammer Quest: Cursed City?