Age of Sigmar: How to Play Slaves to Darkness – Idolators 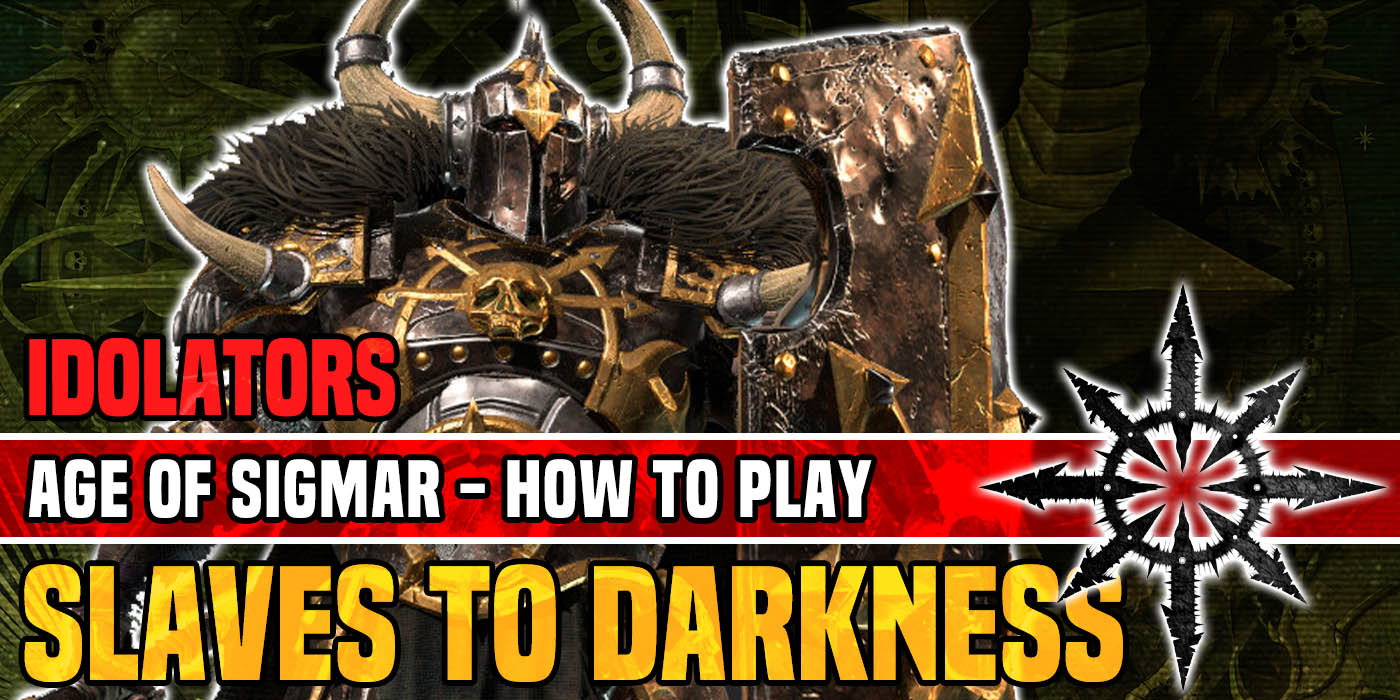 Today we look into the Idolators faction of Slaves to Darkness. They say the squeaky wheel gets the oil, and sometimes that oil is the blood of your enemies…

Rounding out our Slaves to Darkness series, we have the newest addition to the forces of Archaon, the fanatical Idolators released in Broken Realms: Morathi. They strive to desecrate the idols of the “false gods” and lift up their own chaos entities. Here are some quick tips for playing the Idolators and a few models to consider if you want to bring them along. 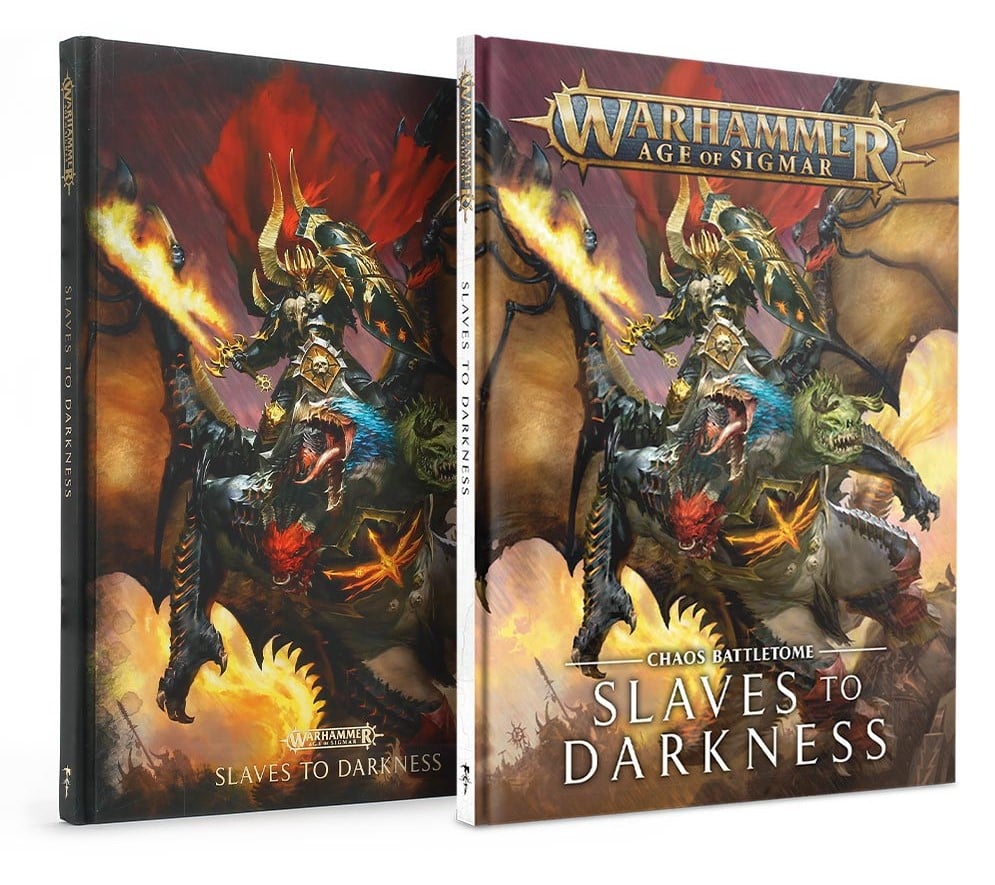 Like the Cabalists, the Idolators are made up of charismatic leaders and the hordes of cultists who follow their every word. However, where the Cabalists show their devotion to Chaos through sorcery and sacrifice, the Idolators show their faith by tearing down the religious iconography of the other factions and raising their own. The largest concentration of Warcry clans can be found in the ranks of the Idolators, each hoping to show their superiority in the eyes of the wild-eyed priests and, by extension, Archaon himself.

Idolators are to Priests what Cabalists are to mages, and since your opponent can’t really stop prayers, they have a slight edge. Your primary leader will be in a chariot, and you’ll be able to field all the warbands from Warcry, so you’ll have a unique-looking Chaos army that still has a ton of tricks.

Signature Rules
The following rules apply to all Slaves to Darkness armies.

The following rule applies only to Idolators.

Subfactions
Slaves to Darkness don’t have subfactions in the traditional sense, so this doesn’t apply.

The Idolators will have a lot of heroes and a massive horde of lesser followers, but unlike Cabalists, you’ll want to be aggressive with your heroes. 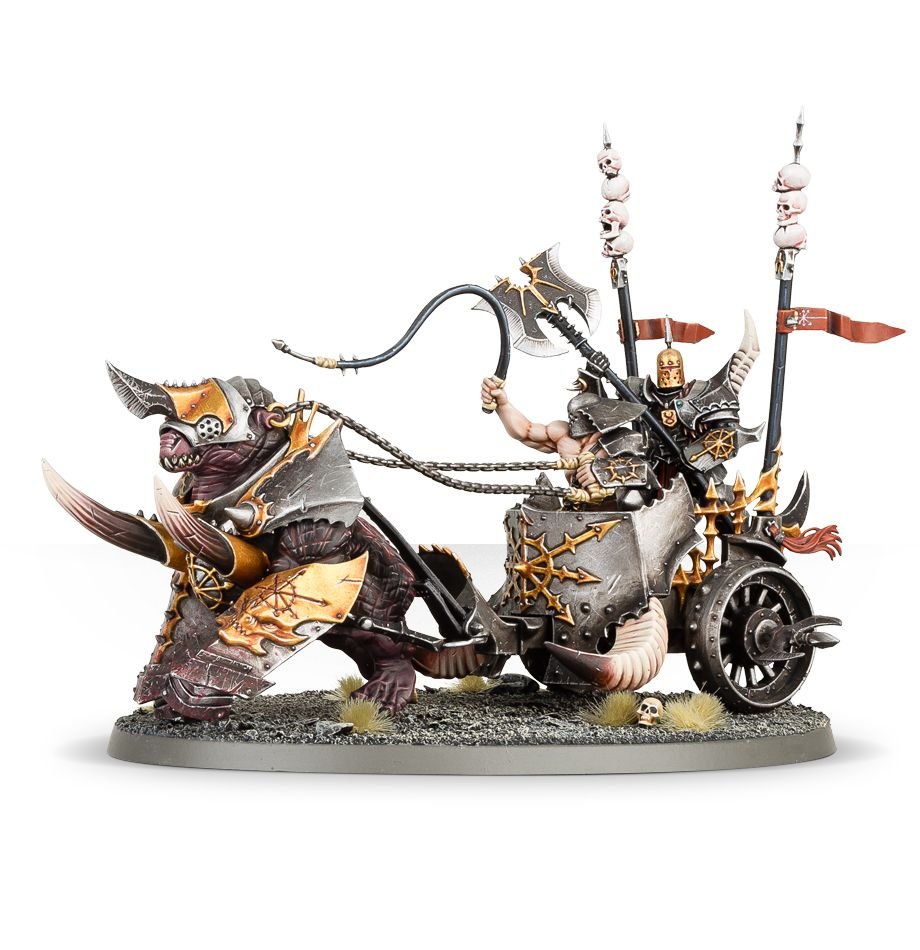 Gorebeast Chariot – Between the two Chariots, I think this one is a little better for your Idolator Lord since it’s a little tougher and the damage is a bit more consistent. Without the benefit of artifacts you want your hero to have as much punch as possible, so this is definitely the way to go. 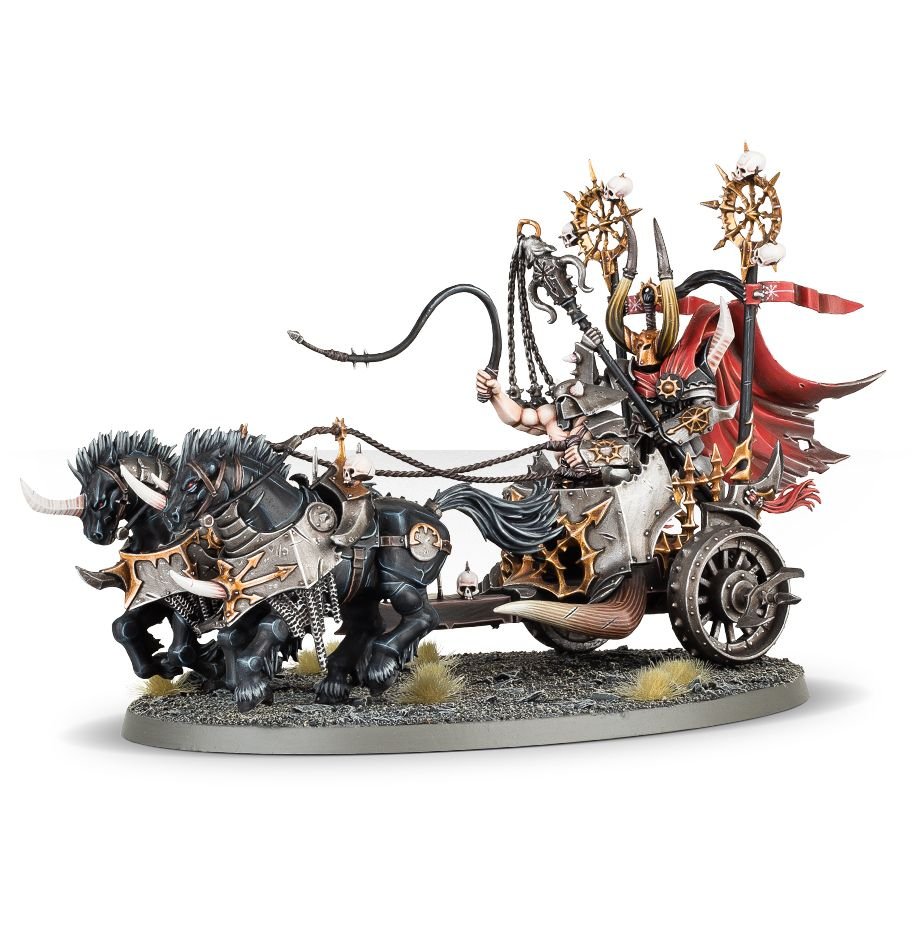 Chaos Chariot – Battleline in Slave to Darkness and great regardless. Very fast and can run and charge once per battle. Take them in units of one to get the most out of their charge rule. 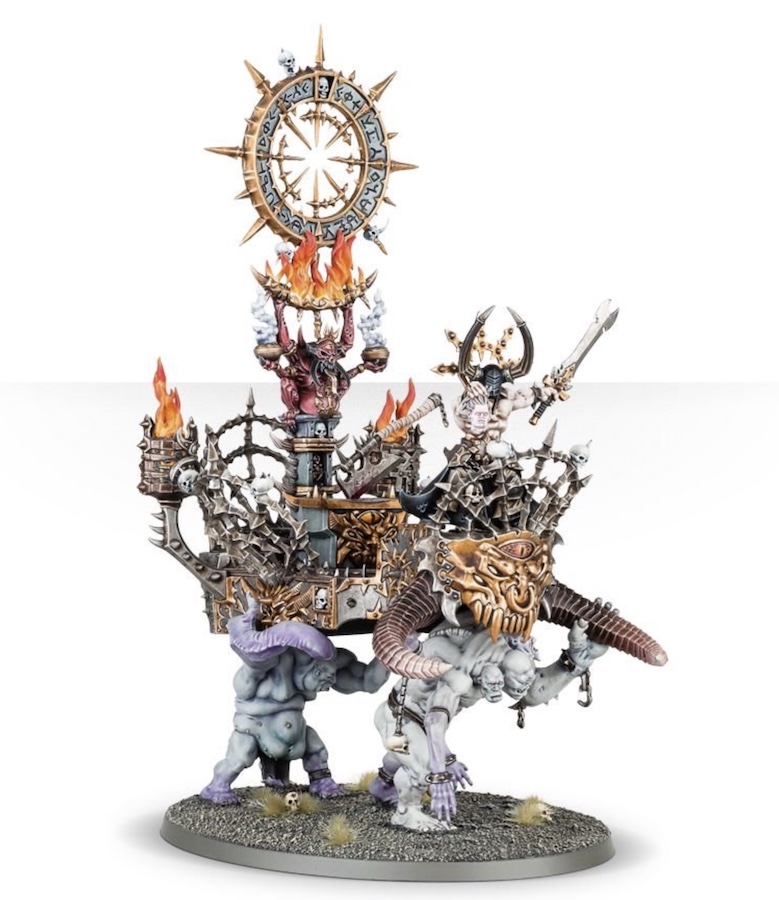 Chaos Warshrine – Leaders in your army since they’re priests. A good secondary leader to follow your Idolator Lord around. 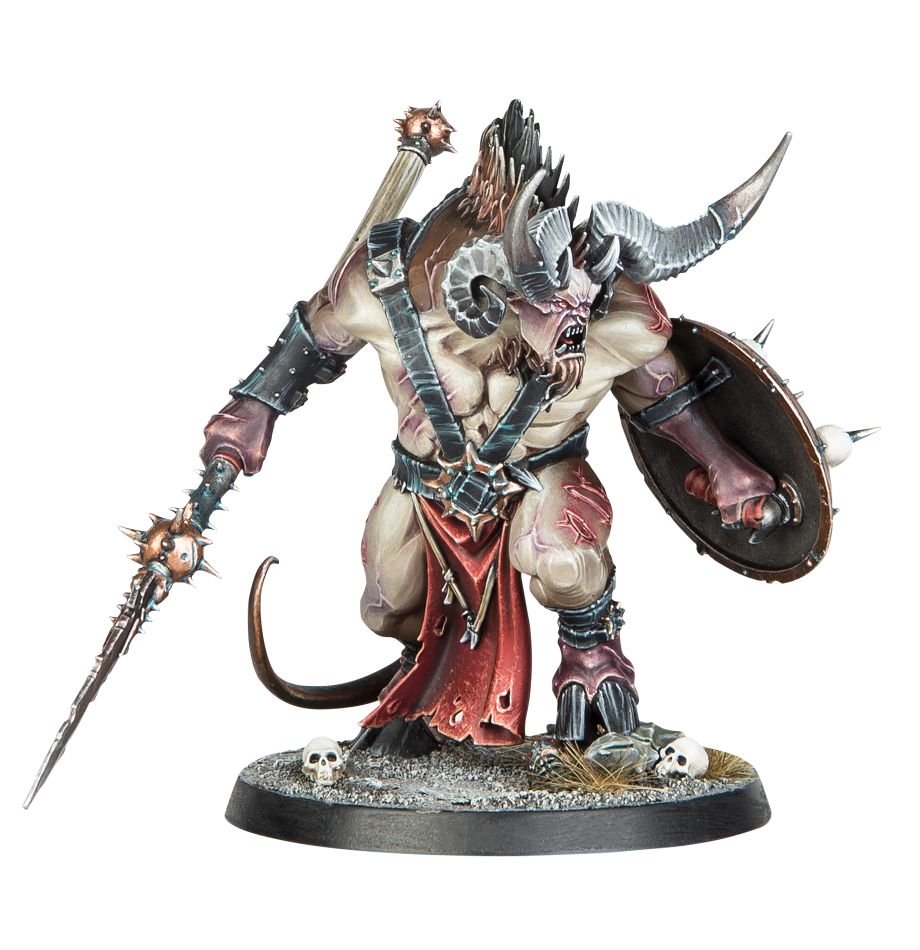 Ogroid Myrmidon – A Cultist-buffing machine and a powerhouse in his own right. Use him to keep your fragile Cultists from running away. 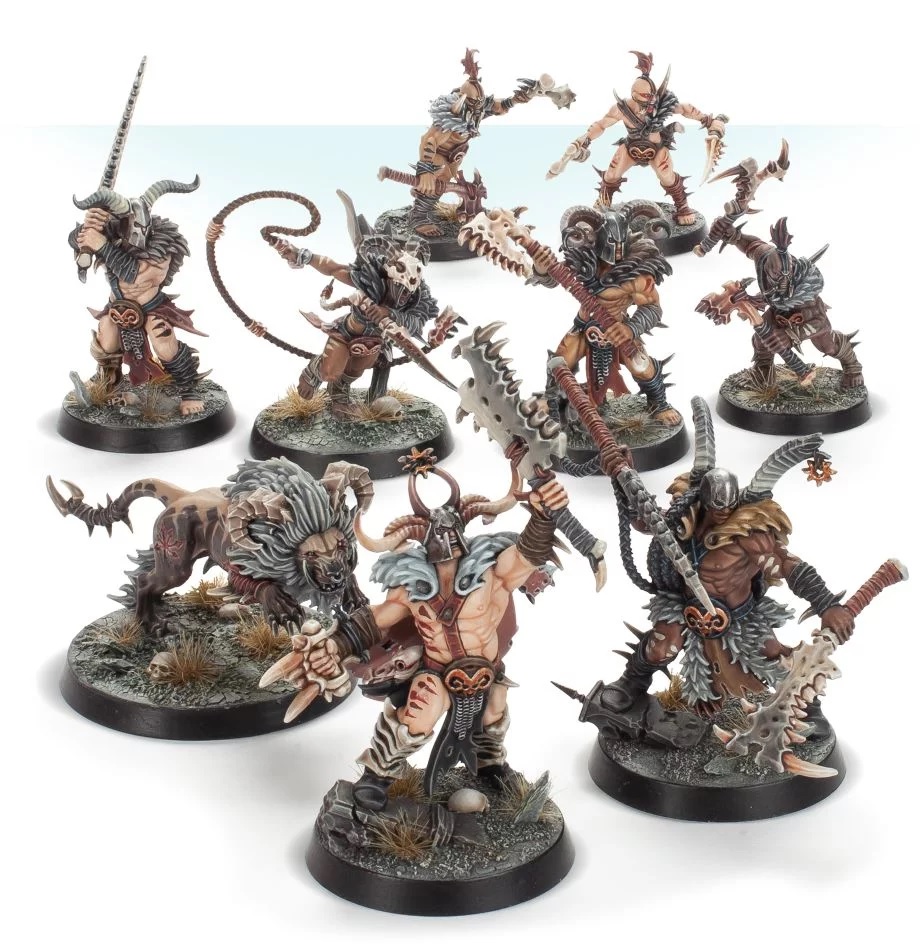 Cultists – Any of the Warcry units are a good addition to an Idolator army, so pick your preferred flavor. Use them to screen your tougher units. 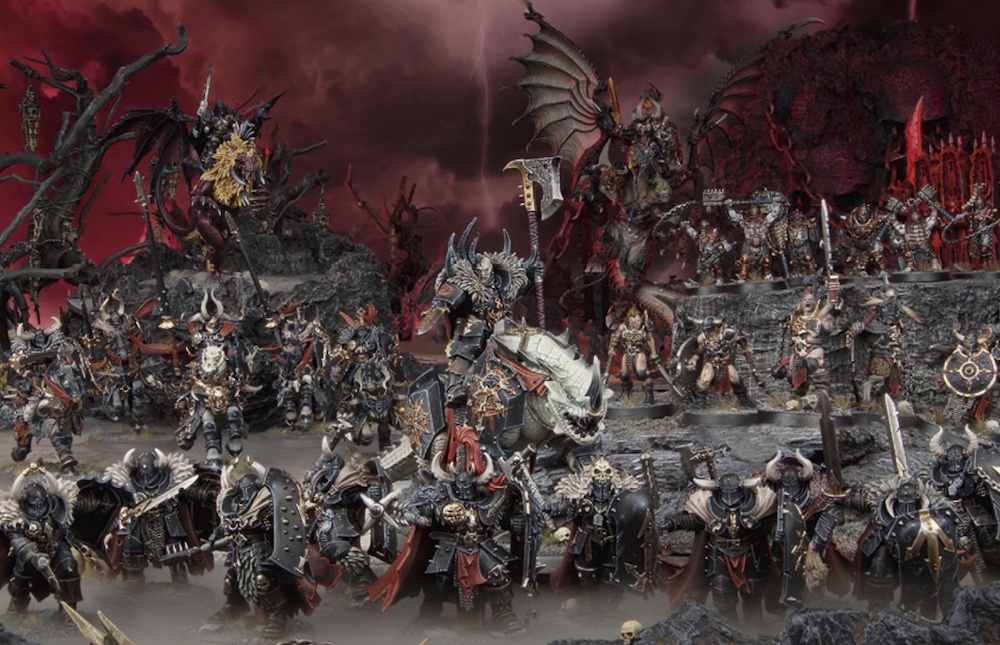 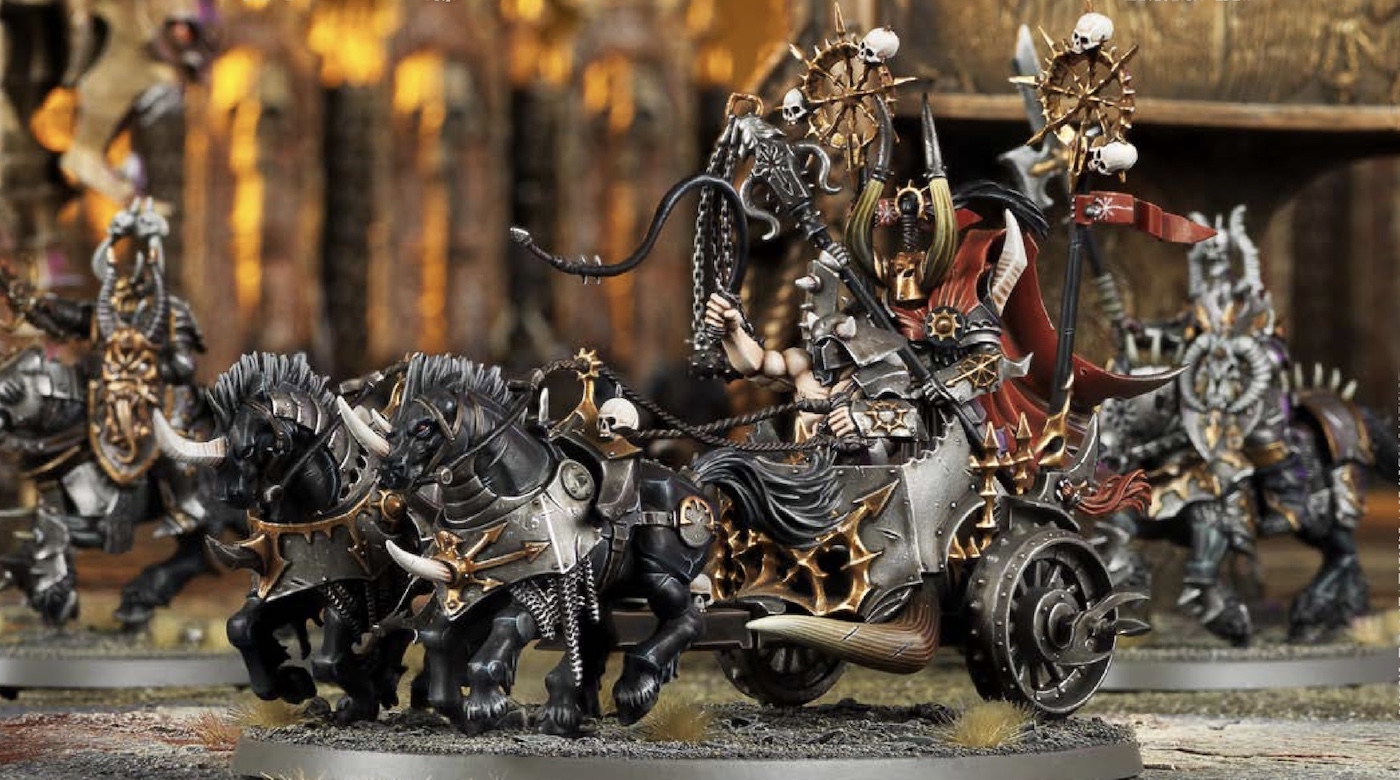 How to Play Idolators

Try to outflank with your Chariots and pick your charges carefully. You are a small but powerful force, so make sure you make the most of every move.

Author: Clint Lienau
Originally from North Carolina, Clint comes to Austin as the latest in a long list of haunts of a wandering actor. An avid gamer, writer, actor, pyrotechnician, and general nerd, he writes two Age of Sigmar weekly articles for Bell of Lost Souls from a slightly less than meta angle, plus a weekly tournament roundup. When not busy being a clueless cowboy, Winterfell Bannermen, or whatever else acting life throws at him, he enjoys reading folklore from around the world, writing narratives for his Wargaming armies, or watching all the movies he can. Look for his storytelling podcast, By the Dancing Fire, or find him on Twitch at RedWendigo13.
Advertisement
Age of Sigmar AoS Chaos How to Play Tactics
Advertisement 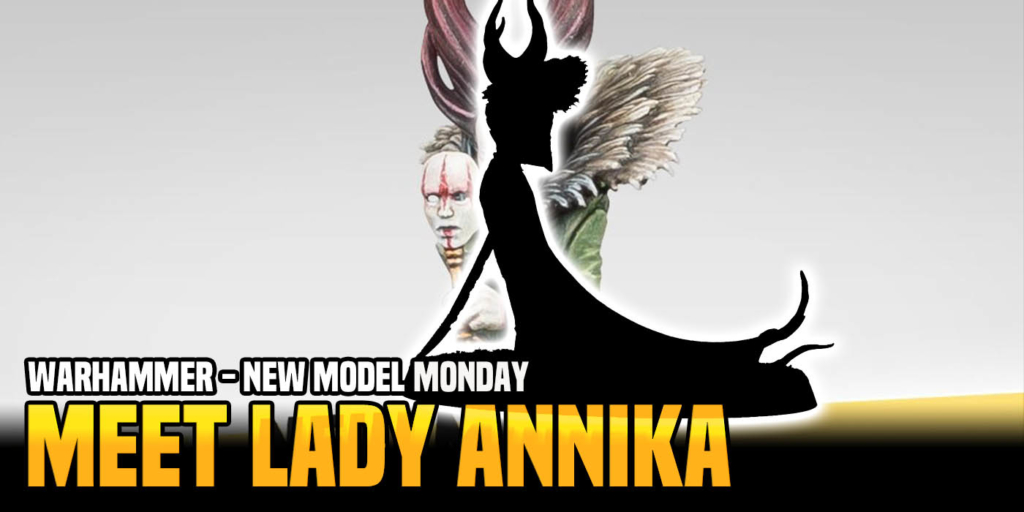