Anansi Is A Game About Achieving A Perfect Balance 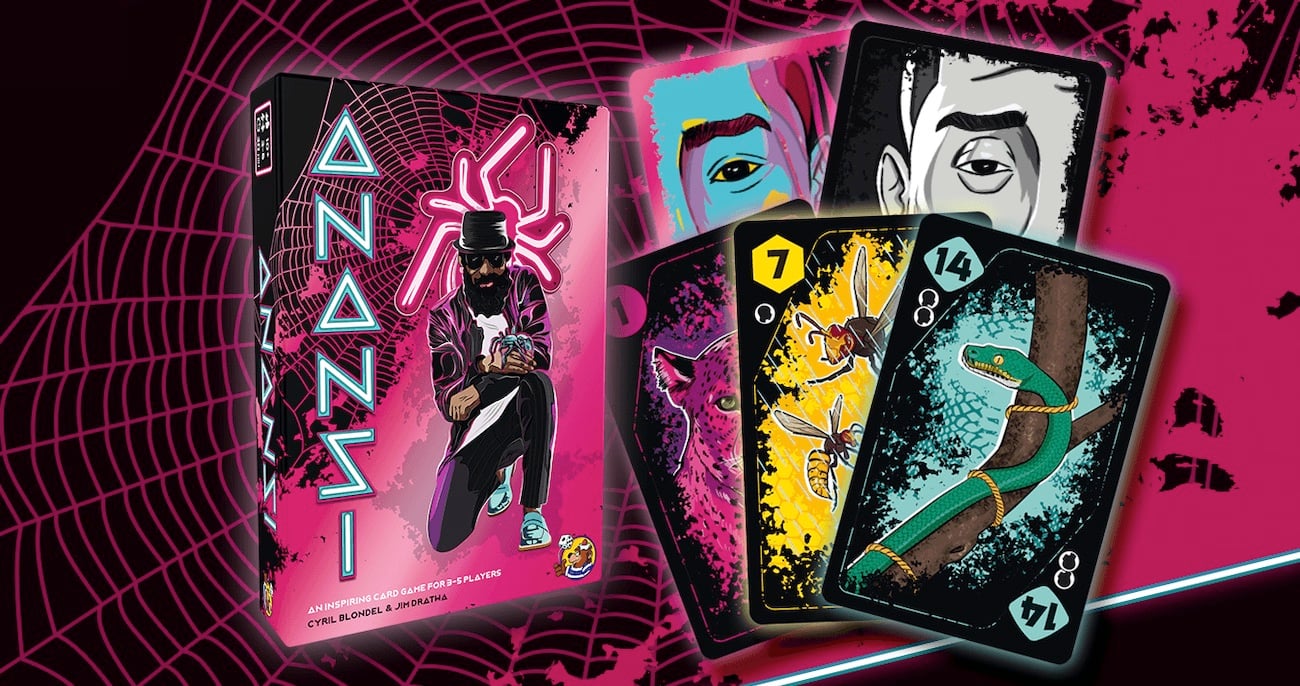 As all things should be.

Anansi is a competitive trick-taking card game. Now, considering by the loosest definition of the word, I’m technically a professional tabletop gamer, you’d think I would know what “a trick-taking card game” would mean. But it was a glaring hole in my knowledge. I knew games like Bridge and Hearts were in that sphere, but I had no idea what it meant. Well, I say, no more!

So, turns out it just means “play the best card”. Whoops.

Anansi is based on the African and Caribbean myth of the trickster spider of the same name. Anansi wanted to collect all the stories in the world to become the wisest of all. But he realized hoarding knowledge wouldn’t get him there and sharing that knowledge was true wisdom. So, he went out inspiring others by telling all the stories he’s gathered.

In Anansi, players are competing to earn the most points by the end of the third round. Points are earned at the end of each round based on how the players managed to inspire their followers with the stories they have collected. 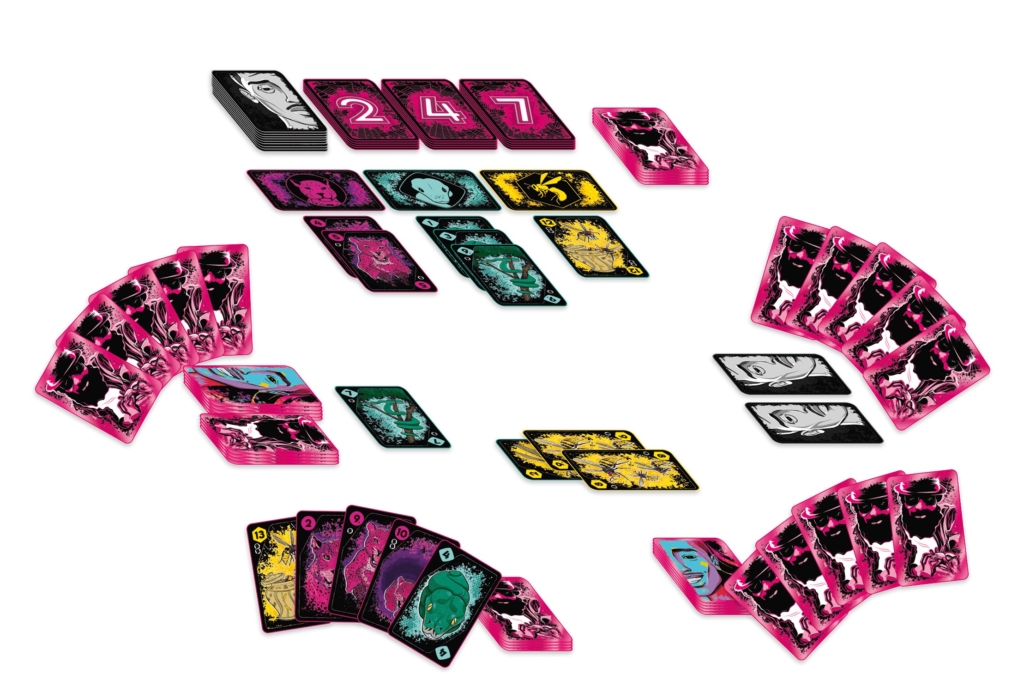 The game is set up with what’s called the trump display. This shows each of the three suits of cards: Snake, Hornet, and Leopard. The story cards are numbered from 1 to 14 in the 3 suits. At the beginning of each round, 2 story cards are drawn and placed on the trump display, under their suit. Whichever suit has the most cards is the trump suit. Then each player draws 8 to 10 story cards, depending on the number of players. 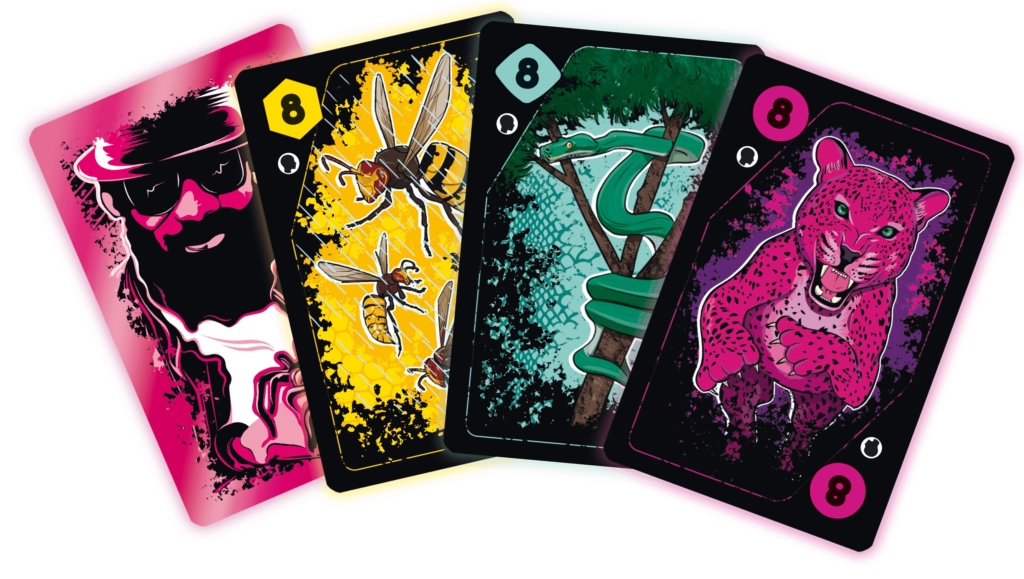 Each trick begins with the first player playing a card face up in the middle of the table. This determines the leading suit for the trick. Then, each other player can either add any card in their hand to the trick or play a card sideways in front of them, in order to gain followers. 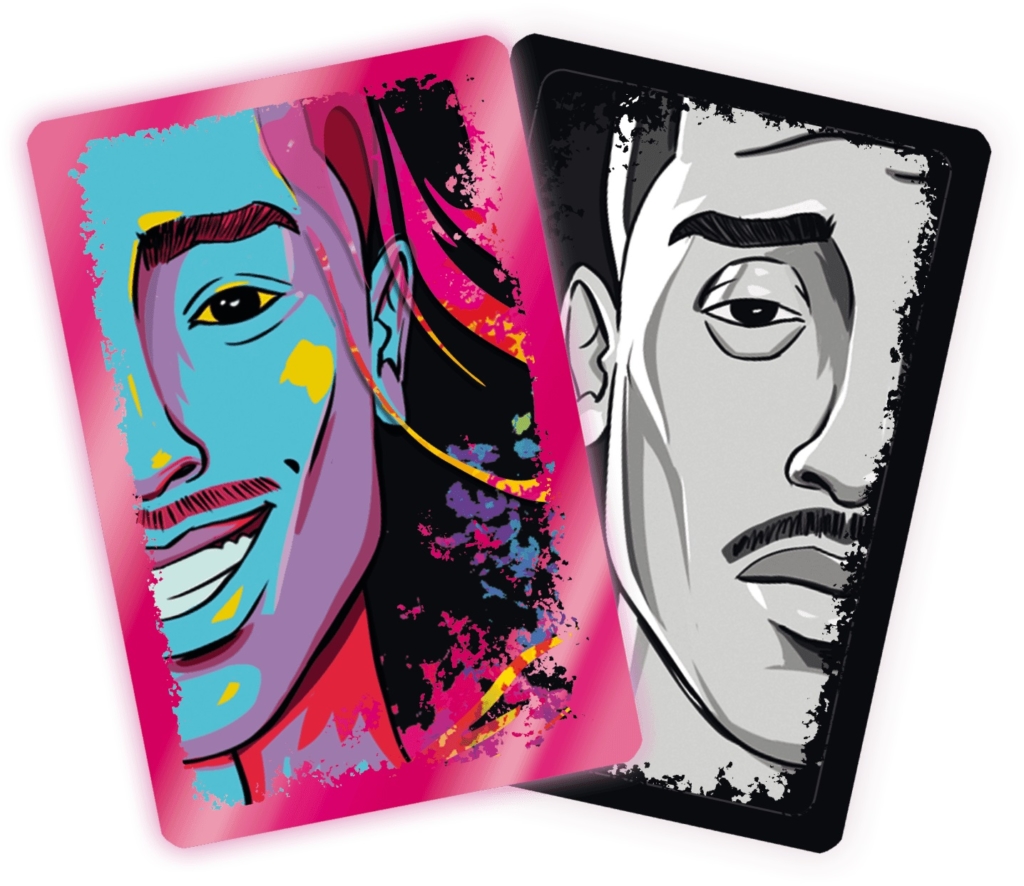 Once each player has played a card, either onto the trick or to gain followers, the trick is resolved. If any player played a card of the trump suit, the highest valued such card wins. If no trump card was played, whichever player played the highest card of the leading suit wins the trick. The winner of the trick collects the cards and places them in front of them. This is a story they have collected. All collected stories should be kept separate.

If a player chose to gain followers, they draw a number of uninspired followers equal to the number of icons in the corner of the card. This can be anywhere from 0 to 2. Then the story card they played is added to the trump display. This could potentially change the trump suit since the trump suit is whichever suit has the most cards underneath it.

This part’s important. At any point during a round, a player can use their stories to inspire their followers. They take any uninspired follower and place it on top of one of their collected stories, with the follower inspired side up. Each story can only inspire one follower.

Gameplay continues, trick after trick, until players run out of cards. Then the round ends and scoring begins.

The trickster bonus card is worth 2 points in the first round, 4 points in the second round, and 7 points in the third and final round. So this is a huge jump in points and pretty important to achieve.

After the third round, the game is over and whichever player has the most points wins! 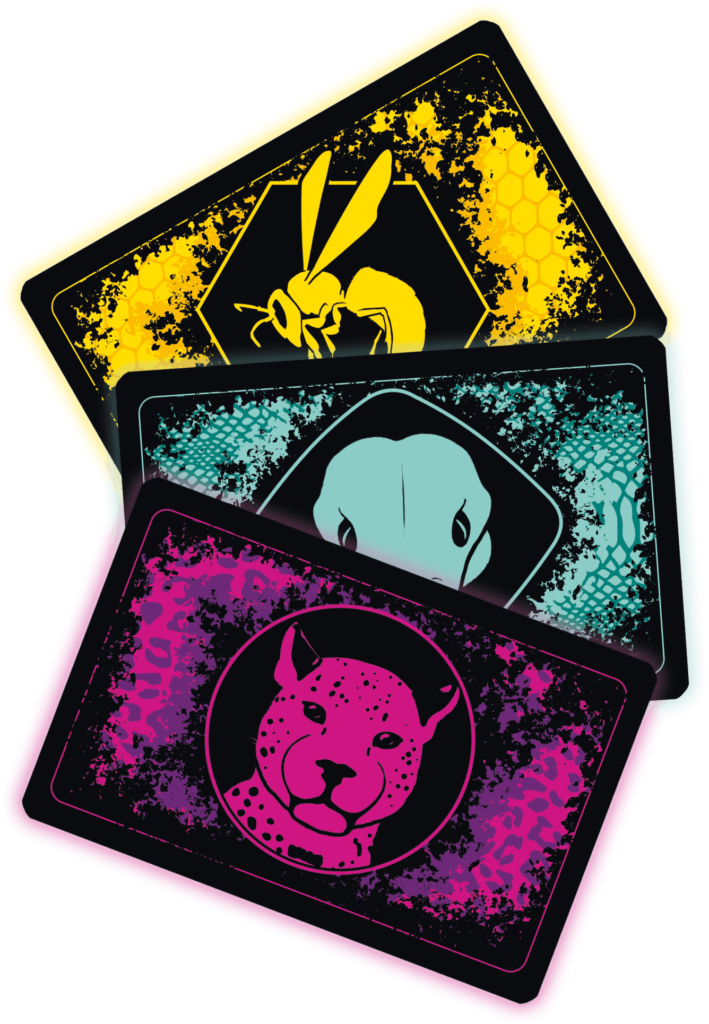 One thing that really got me about Anansi was how connected all the pieces of the game are to each other. The story cards are used to gain followers, which determine the trump suit, which determine how you win a trick, which you use to inspire the followers that you gained with those same story cards.

I really like Anansi for how simple it appears on the surface (despite the comparatively lengthy rules explanation) but how strategic is gets once you understand the inner workings. Or maybe I’m just a sap for any theme involving inspiring stories. 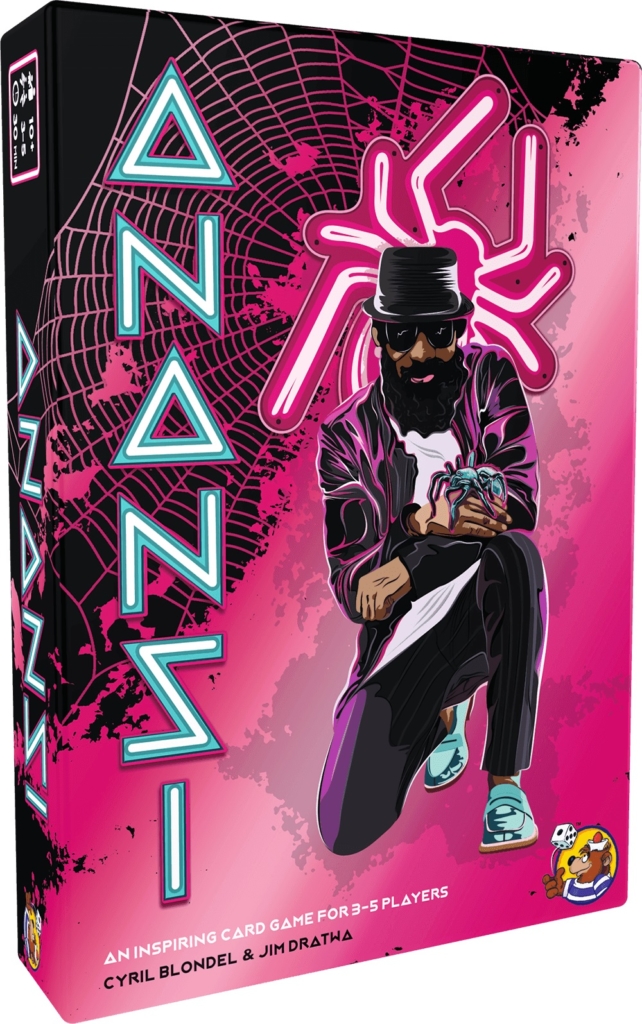 Some say Anansi is a trickster, but he is a spider for sure and sometimes even a man. Let me tell you why he is also known as the “Keeper of Stories”.
Once Anansi decided to gather all stories and become the wisest of all. After many years he finally had all the stories in the world, but poor Anansi did not feel any wiser. Eventually he realized that true wisdom is not achieved by keeping knowledge to yourself and so he decided to share his stories and inspire people with them.
And believe it or not, this is how this game was made!

Author: Matt Sall
Matt has loved games of all kinds his whole life: board, video, war, roleplaying. He's worked as a writer for BoLS since 2017. He's worked as freelance editor for board game rulebooks and has designed many of his own games as well.
Advertisement
Asmodee Board Games Card Games Rules Tabletop News
Advertisement 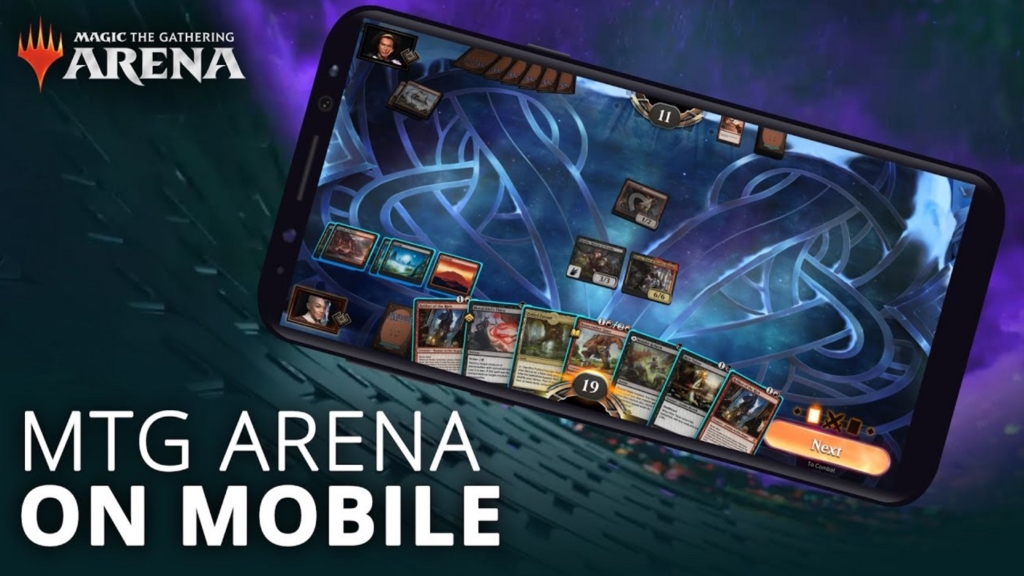