D&D: Dark Alliance’s New Boss Fight Proves That Nostalgia Is In The Eye Of The Beholder 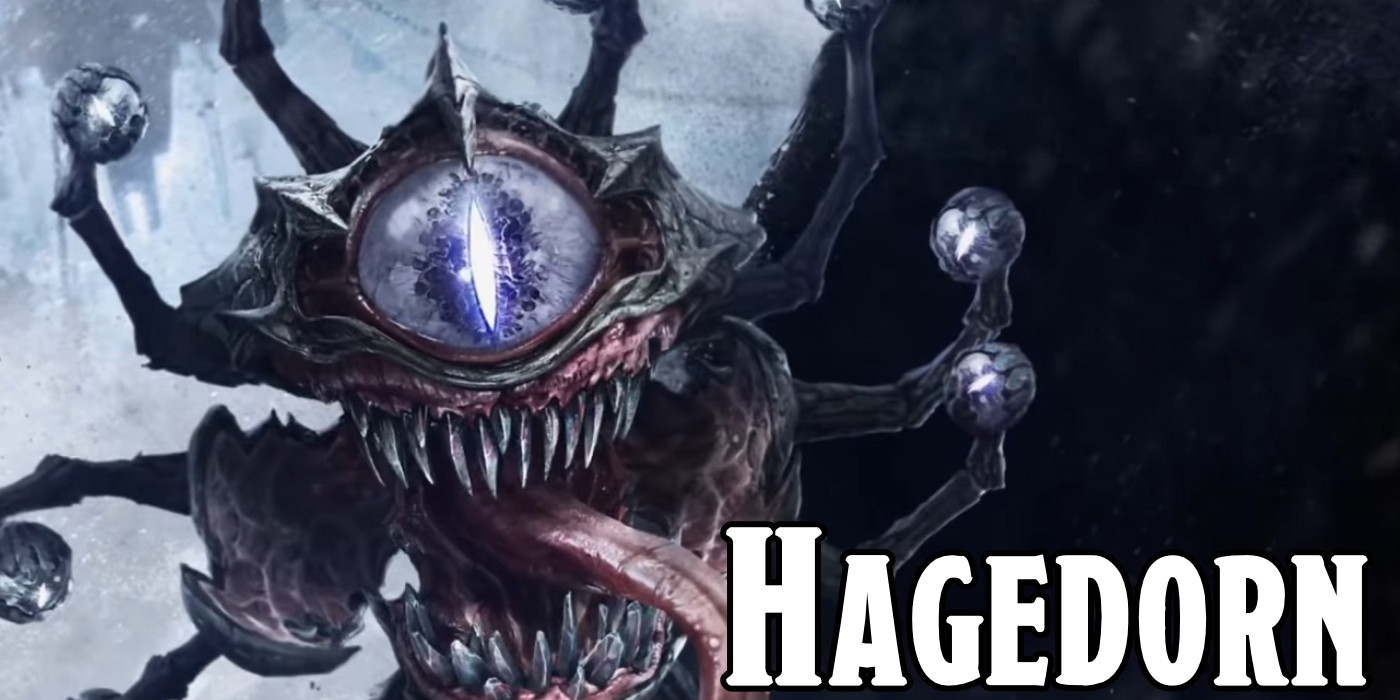 Come get your first look at one of the boss battles out of the upcoming new D&D: Dark Alliance video. See why danger is in the eye of the beholder.

Dungeons & Dragons is full of iconic monsters–in fact, arguably, monsters are the most iconic part of Dungeons & Dragons, and everything else is just what books did you read/modules did you play growing up. But almost anyone can identify a Beholder or a Dragon or a Vecna.

They say that beauty is in the eye of the Beholder, but what they don’t tell you is that also within you’ll find a deadly anti-magic field that renders spellcasters harmless. And, as we’ll see in the newest video showcasing Dark Alliance’s boss battles, quite a bit more is in its central eye as well. Come and meet Hagedorn, the Dreamer.

Hagedorn the Dreamer, as was revealed to IGN, has a “distinctive chitinous shell” which affords him quite a bit of protection. And that’s but one part of the beholder’s unique look–Hagedorn’s armored shell also splits open in four directions to reveal a hideous mouth (and not much else) lies behind the central eye. Each of his stalks seems to be attached to the shell, so they move along with Hagedorn as he roars, and so on. 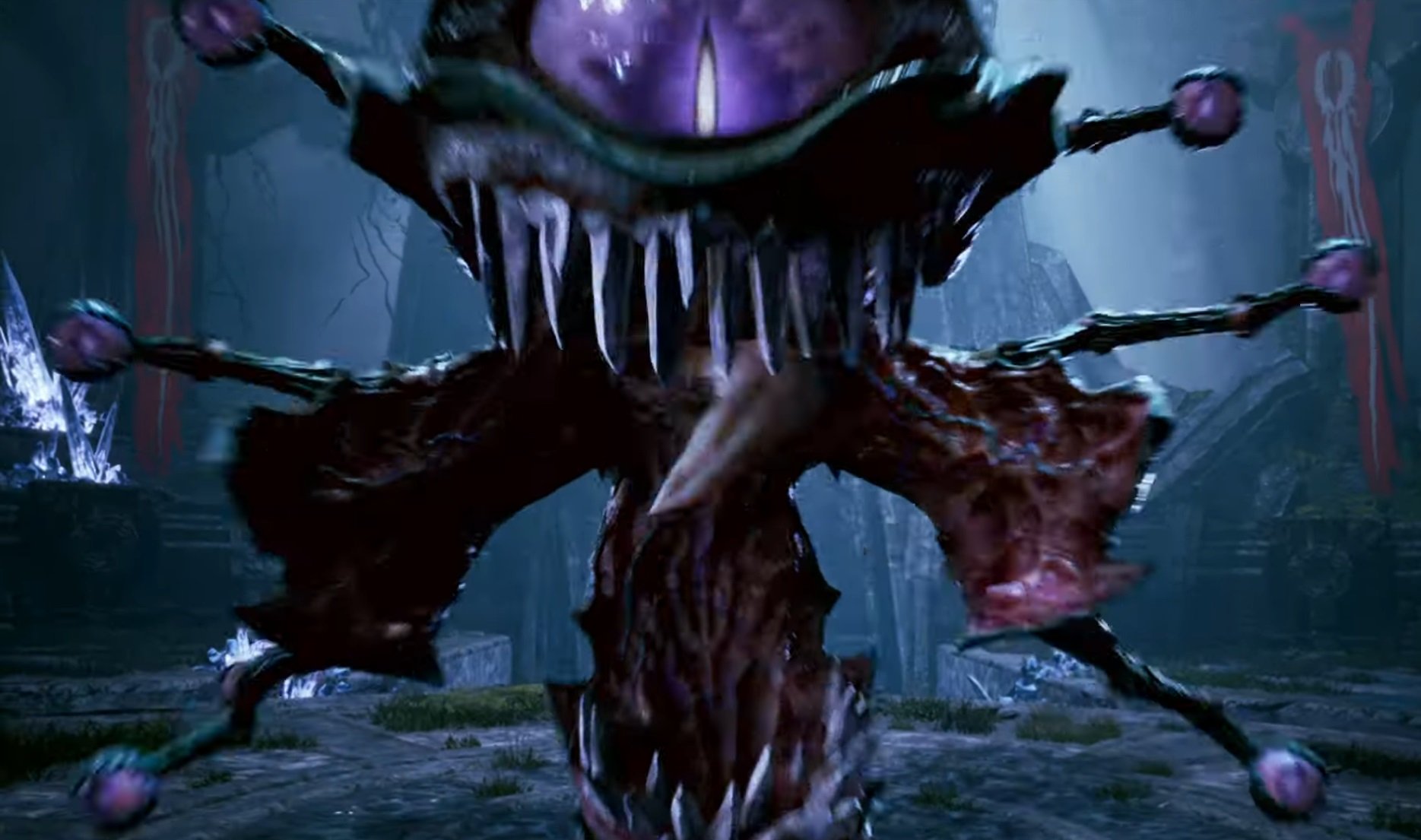 When it comes to translating the many abilities of a Beholder into a video game, Tuque games had a difficult task. You can see some of the abilities on display here–though they’ve been revamped to be imagined as a more powerful video game boss fight kind of thing. I can see a giant eye that opens up and causes both damage and debuffs, a massive death ray style beam, a big aura attack, a lightning storm, and what looks to be a spinning barrage of death. 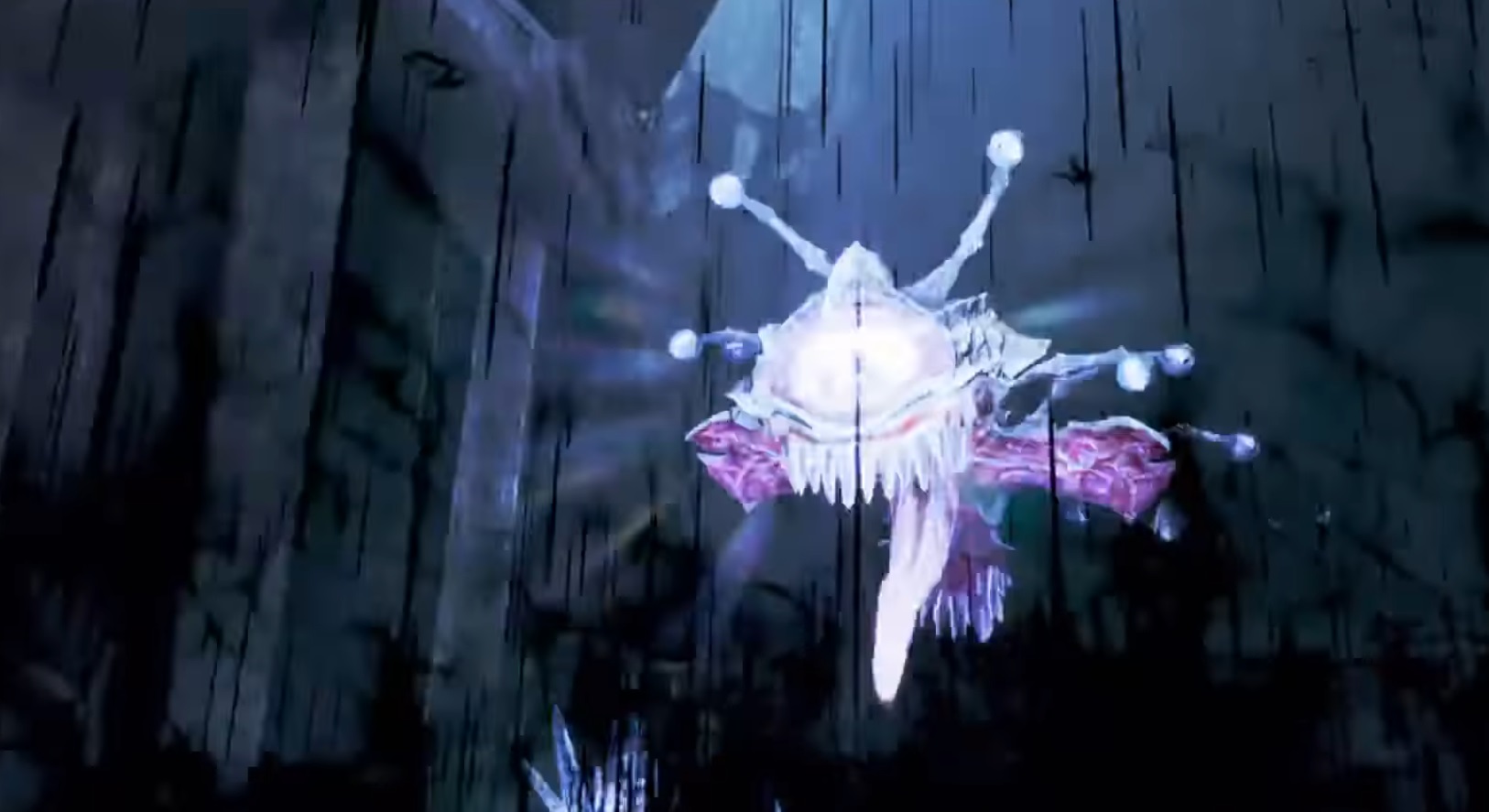 But interestingly enough, Hagedorn seems to use many attacks that your typical Beholder doesn’t. There are plenty of times where he seems to bite an opponent (which typically Beholders eschew in favor of their eye rays) and he also seems to have some kind of breath weapon? 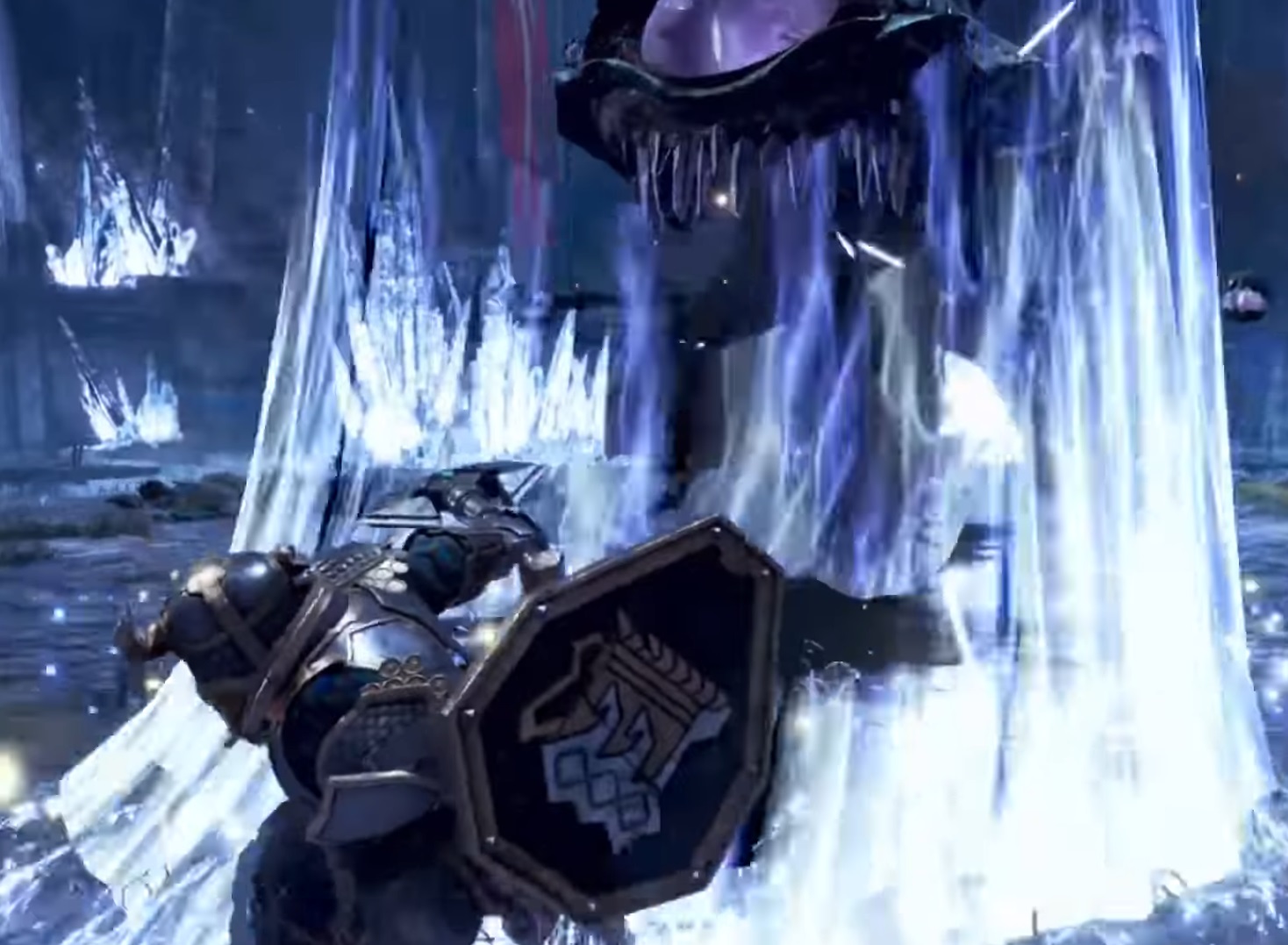 It’s interesting. It shows that the team at Tuque is willing to play with what we consider canonical to Beholders, as well they should. Because you’re not just going in and fighting the eye tyrant in the monster manual, you’re fighting this specific boss.

And that tracks with the lore for beholders as well. Each of them is their own sort of individual being with deviations from one another that can drive them mad. Beholders consider themselves to be the apex of evolution, and that anything that deviates from their form is a failed beholder that must be destroyed. 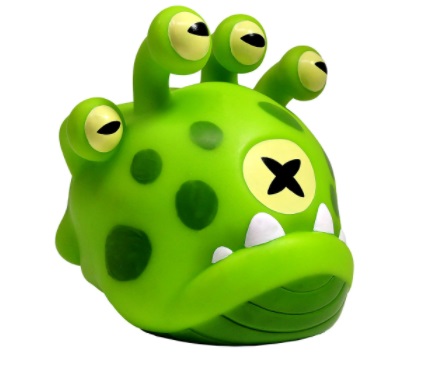 Even this lil guy

Beholders also reproduce in dreams–the nightmares these creatures have sometimes can take form in the waking world, meaning a beholder might wake up with a rival/offspring right next to it. Which makes Hagedorn’s epithet of “the dreamer” have even more weight to it. According to IGN’s description, the boss fight gets more intense as you go on.

“The arena is made up of a central platform and outer ring. As the boss fight progresses, Hagedorn becomes increasingly enraged, and begins to lose control … causing chunks of the outer ring to disintegrate. This puts more pressure on the player, as they have less space to maneuver, and increases the overall intensity of the fight.”

So get ready for an all-out brawl. Hagedorn is just one of many bosses we’ve seen that players will face as Drizzt and his companions in the upcoming Dark Alliance, which is due out June 22nd.