D&D Monster Spotlight: The Worst of Both Worlds, for Adventurers – Meet the Dracolich 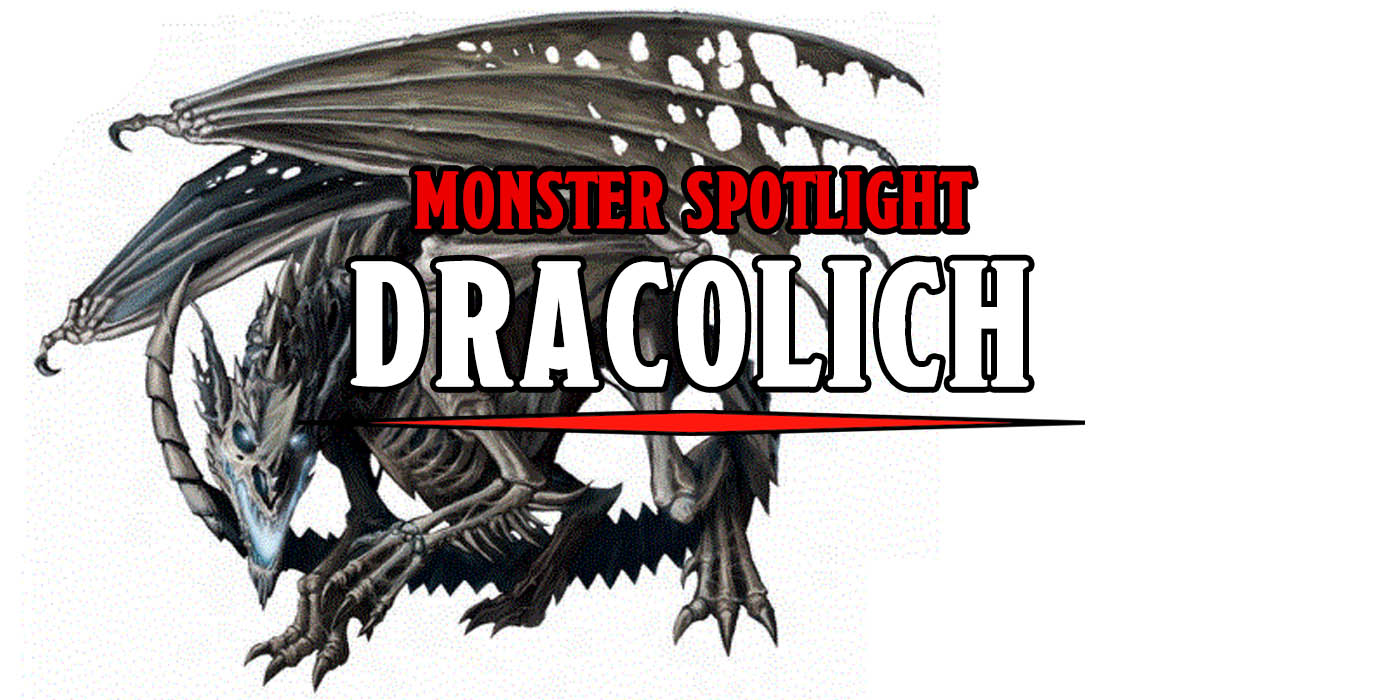 Every adventurer dreads encountering a Dragon or a Lich, so let’s combine them into the worst thing I could ever think of fighting – the Dracolich!

Dracoliches are basically all of the worst aspects of both dragons and liches, being powerful, undead, and strong willed. Their movement, hit points, attacks, and armor class are based on the kind of dragon that they were in life (blue, green, gold, etc.), but usually with slightly more power because of their undead nature. For example, their AC is two better than whichever kind of dragon they once were and enemies must make a saving throw one point more difficult to avoid the Dracolich causing them fear reactions.

Any evil dragon can become a Dracolich, but once a wizard choses their potential new buddy, the dragon’s life force must be stored in a solid object that cannot decay and has a value of at least 2,000 GP… Making Dracoliches one of the most expensive pets you can hope to own in Dungeons and Dragons.

In Third Edition the Dracolich appears in a book called “The Dragonomicon,” which isn’t important, but a fact fun enough that I thought it was worth paying forward. Dracoliches join into their lichy pact with their spellcasting partner by choice, consuming a poisonous concoction to facilitate the not alive process, but on rare occasions, a dragon will be tricked or coerced into the transformation against their will.

Once this process is underway the dragon’s spirit can return to its own original body – an option that will always work and result in a Dracolich – or attempt to take control of another corpse. This option is more difficult, requiring a successful Charisma check and results in a Proto-Dracolich for 2d4 days until the transformation is complete.

The first thing that the 4E Monster Manuel tells you about the Dracolich is that they are “selfish, greedy, and interested only in amassing more power and treasure.” But if you’re familiar with other D&D dragons, you may notice that this isn’t a personality description specific to the Dracolich. What sets them apart is their skeletal look, lack of what you may normally recognize as “life,” and that sometimes they are controlled by entire evil cults. Like most dragons, they prefer to use their breath weapon from the air as well as Frightful Presence, sometimes implementing Blackfire, a fire and necrotic combination blast. 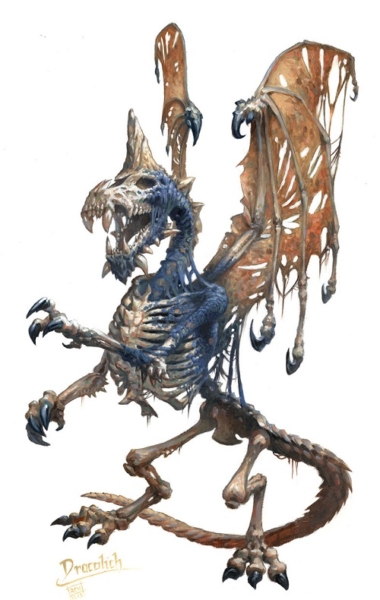 The rules for killing a Dracolich change slightly over the editions, sometimes requiring the destruction of the phylactery their soul is stored in while other editions tell you that destroying their original (and likely current host) body will also destroy their phylactery and kill them. The latest version of the Dracolich’s soul however will return to the gem it is linked to and can move onto another host  if it is brought in contact with another dragon corpse. Only bringing the gem to another plane, destroying it, or otherwise leaving the Dracolich’s soul with nowhere else to go will force them to move onto the afterlife.

Have you encountered a Dracolich in your D&D travels? Have you, like me, been calling it the “Dragon Lich” this entire time without thinking about it? Would you bring a Dracolich into existence if you have the opportunity? Let us know in the comments!