The best part of Neverwinter Nights is back. Create your own custom dungeons with Solasta: Crown of the Magister’s new digital dungeon maker.

Creativity is at the heart of any good RPG. Whether it’s being able to imagine your own character and bring them to life, or simply the freedom to make all of the dragons in the game be wrestling legend Macho Man Randy Savage, there’s always a thriving hub of community creations around a given RPG. Today, we’re here to talk about a new 5E digital dungeon design tool from Solasta: Crown of the Magister.

If you’ve been sleeping on this game, you might want to jump in while the early access is still going. As we’ve said before, Solasta, Crown of the Magister is the most complete adaptation of 5E D&D’s rules. There’s very little ‘reinterpretation’, so while Baldur’s Gate 3 has been struggling to implement things like reaction spells and things beyond “attack of opportunity” Solasta, Crown of the Magister has translated the rules into a gorgeous dungeon crawl experience.

But the best part of any of these games comes from their toolset. Neverwinter Nights wouldn’t have been half as legendary a game if it hadn’t also introduced the Aurora toolkit, which was basically a game design course in a box–users could create their own dungeons, add NPCs, scripted behaviors, and so on, to create whole worlds of interconnected maps and rooms and tiles.

The toolkit was so omnipresent that game companies like Bioware would ask prospective employees to create levels using Neverwinter Nights’ toolkit. And user-driven communities brought to life whole swaths of the Forgotten Realms across multiple servers. For a time, there was basically a living Forgotten Realms campaign where you could explore along the sword coast, and into the North or the wizard-choked lands of Thay.

Now, Solasta: Crown of the Magister, has their own entry into the community-creator ring with the imminent release of their digital dungeon maker.

It looks so straightforward: pick a dungeon, determine how big, what mood and music you’ll want to have along with it, and you can just construct a dungeon and populate it with new monsters, treasures chests, and hidden doors…

…you’ll also even be able to add your own lore text to the dungeon. So if you want to have the story of a fallen god be revealed to players as they explore the tomb, you’ll be able to tie it to areas that your players explore. 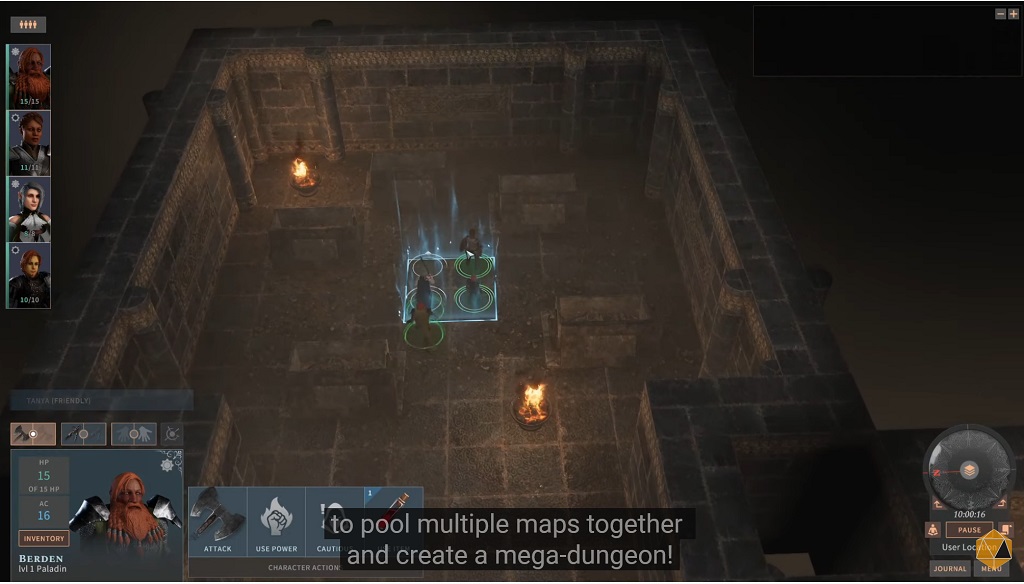 Even more excitingly, you can connect with other players of Solasta to work together to create strings of multiple maps for a whole mega-dungeon.

And all of this is just the start. Solasta’s devs are going to start with a small “beta” at the game’s launch and will improve it post-launch by adding new environments, the ability to add merchants, and even a quest system.

The possibilities are endless here, and we’re excited to see what players can come up with. Even if you’re not into the game, this is surely going to be an easy way to draft your own dungeons and translate it to the tabletop.

Especially since, as we’ve seen, Solasta encourages modes of movement that can sometimes get left behind in tabletop play with lots of verticality built into the levels. With the game launching later this year, we’re sure to see more in the coming weeks.