D&D: Unearth These Ancient Empires The Next Time You’re In Faerun

Faerun is just lousy with ancient empires who once crafted artifacts beyond your imagining. Here’s a few, ready to lurk in the shadows of any adventure.

If there’s one thing D&D l0ves, it’s ancient empires that somehow were much more advanced than anything the shlubs of today are possible of. Ancient ruins full of still-functioning magical guardians, powerful relics, and even flying cities (now not-so-flying) can be found across the length and breadth of Faerun. Take a look at some of the ancient empires, both famous and obscure. 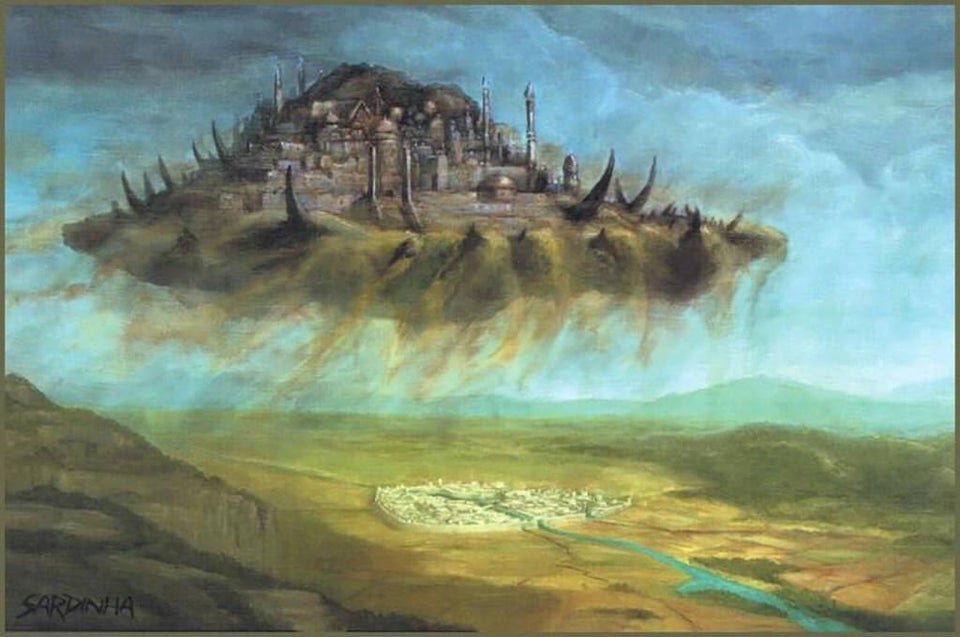 If there’s some kinda magical BS going down in Faerun, odds are good it is because of some device or rite that the Netherese either discovered, hid away, or accidentally unleashed upon the world. This ancient magocratic human empire had a very defined class system, where if you were among the wealthy elite you literally lived above it all in the floating cities of High Netheril.

Right up until their hubris caused them to try and become gods and destroyed their ancient empire in a matter of hours. You know the drill. 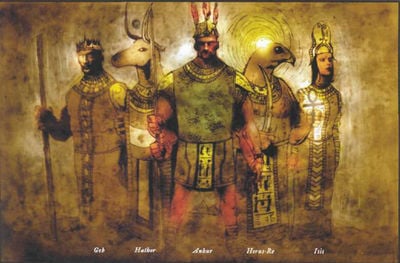 Another ancient magical empire–though this one was specifically full of godless wizards, who enslaved peoples by using portals that brought them peoples that they enslaved. Depending on which version of the lore you read, they either kidnapped people called the Mulan and the Unther, or, in older editions, people from ancient Earth, which is why ancient gods from Faerun have names like Horus-Re and Set.

The Sarrukh Empire of Okoth 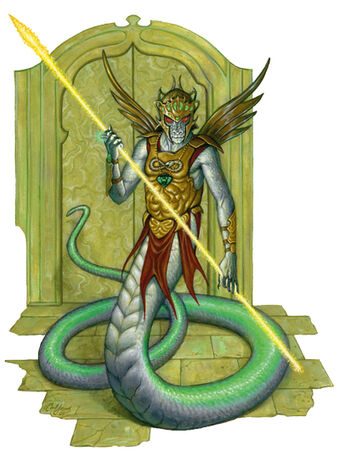 There are old empires and then there are old empires. And nobody is more old school than the Sarrukh, even though they weren’t introduced to the Forgotten Realms until 3rd Edition. They are one of the five progenitor races of Faerun, and are responsible for pretty much all of “scalykind” which is a pretty broad and ambiguous way of saying anything vaguely reptilian. They were shapeshifters and depending on what book you read, are probably the first ones to discover arcane magic with any kind of sophistication–unlike the more “primitive” warmbloods, they dabbled in genetic manipulation, body transmogrification, and a host of other things.

Their reign is known as the Days of Thunder, because they’re the lizards of Thunder, and D&D may be many things, but subtle it ain’t–and their empire ruled over Faerun during “caveman times.” 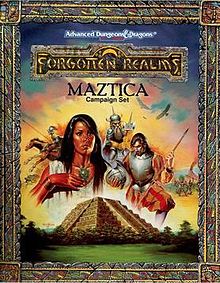 The lush continent known as Maztica was discovered only relatively recently. Before people from Amn showed up and ruined everything in a tragic mirror of the colonial expansion of Europe into Central and South America, the Mazticans had a flourishing empire.

Maztica was originally the name of the Maztican goddess of earth and life. It was believed that she, along with her husband and her children (the other deities of the Maztican pantheon), created the land, the plants and animals, and humans. Early in the continent’s history, the gods Qotal and Zaltec fought over it, until a crime against his sister caused Qotal to retreat from the land for ages.

Later on, the Payit people of Payit and Far Payit built a mighty civilization. They were a peaceful people, but they gained much knowledge and wisdom during their golden age. They also built great cities of stone and made wondrous works of art. However, the Golden Age of Payit eventually came to an end in treachery and murder.

Shortly after the golden age ended, a tribe of Dog People arrived in the western Valley of Nexal. The Valley of Nexal had its own people, and their own culture, but that small tribe eventually built a city-state of their own, Nexal. They went on to conquer and rule a mighty empire, the greatest in Maztica, for almost 300 years. 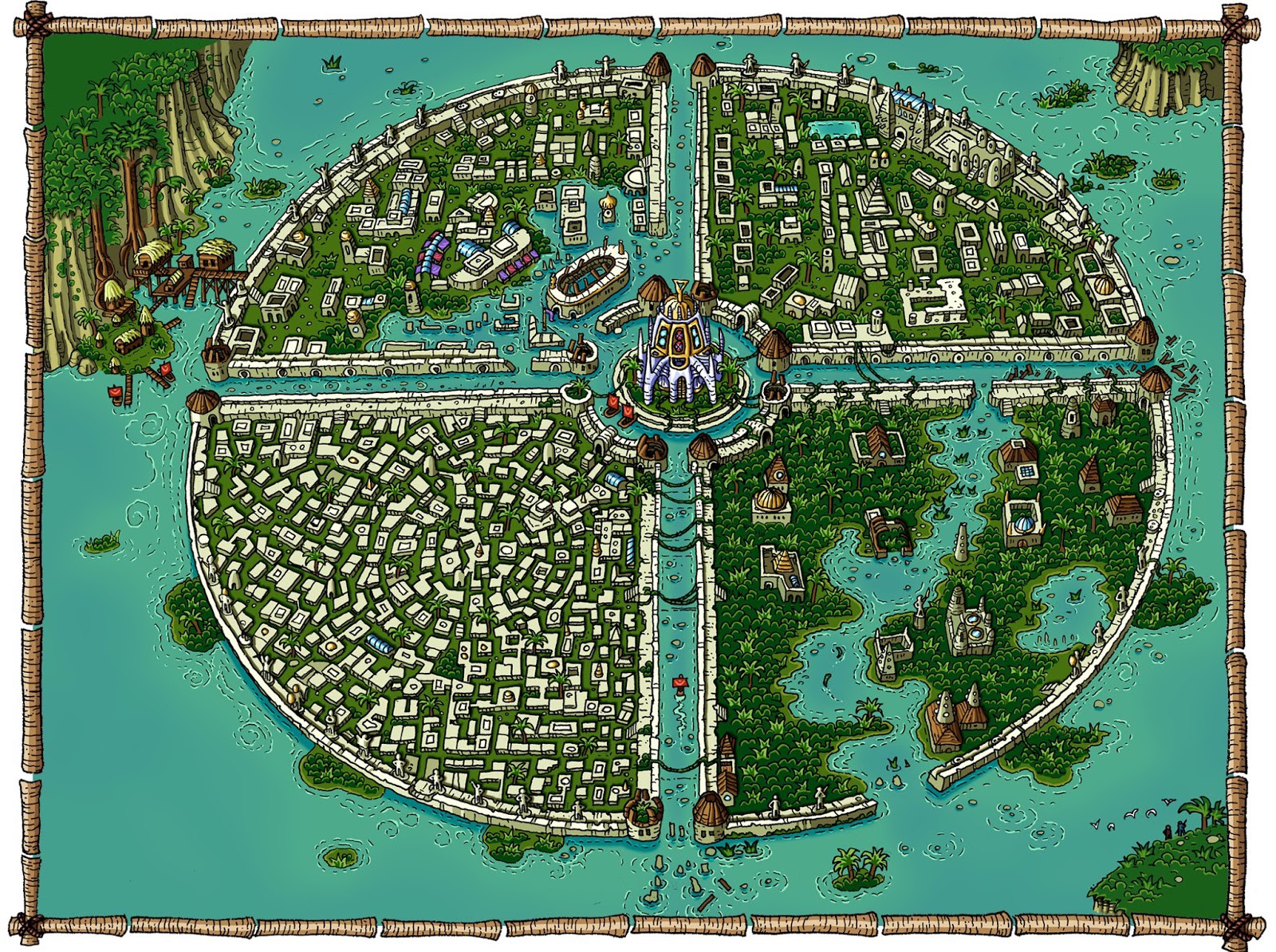 An ancient city that was founded on the continent of Chult, Mezro was home to one of that region’s oldest civilizations. Up until just a hundred or so years ago, the city was surrounded by powerful magic which prevented people from reaching it, or even knowing it existed.

Mezro was the largest civilized area in Chult and a holy city to the Chultan tribes. The city was generally peaceful and few people, except for outsider-adventurers, carried weapons. The city was protected by the undying baras of Ubtao and six paladin-esque chosen who ruled the city. It then served as a safe haven for explorers battered by the harsh jungle until the Spellplague, at which point it collapsed into the earth.

Keep these in mind the next time you need an ancient empire.