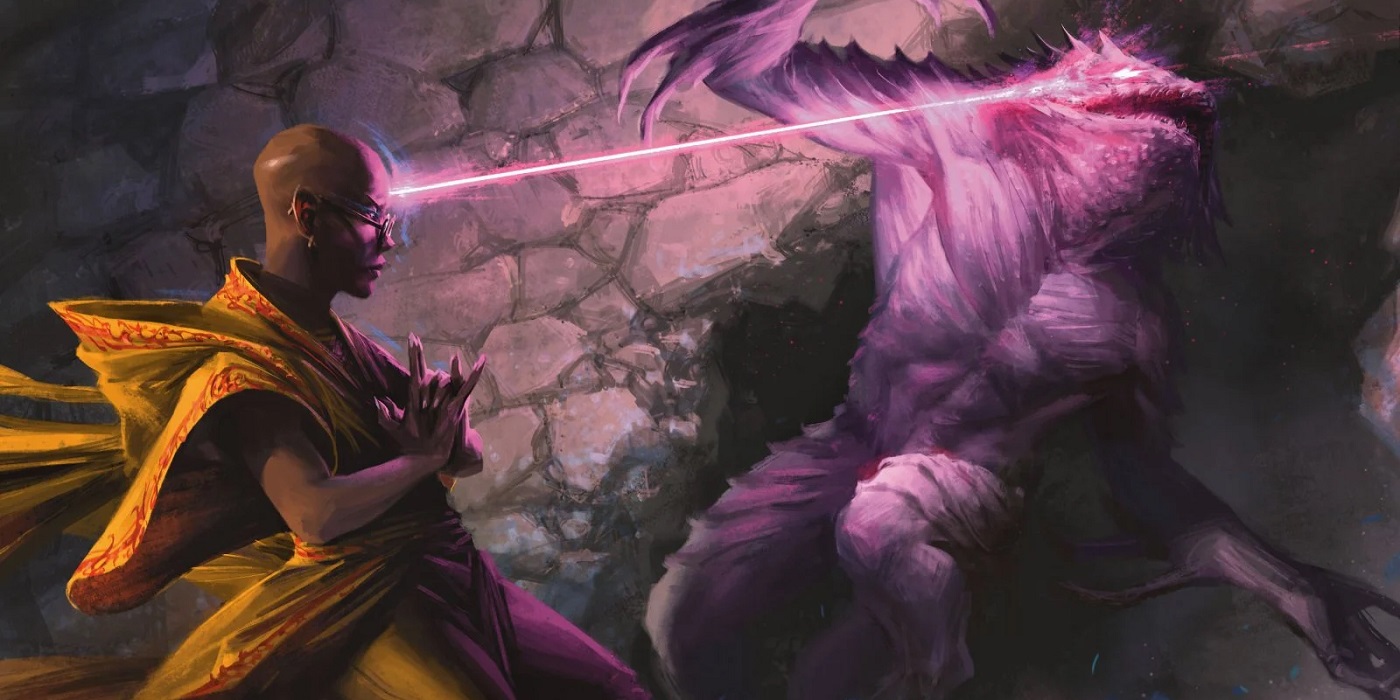 There are lots of ways to deal dungeons and damage in Dungeons & Dragons, but with so many options, which are best? Find out here.

When it comes to Dungeons & Dragons there’s nothing quite as satisfying as finding new ways to deal damage. You might swing a sword, a hammer, shoot a blast of fire, or unleash cosmic radiance upon your foes, bathing them in deadly light. But if you’re newer to the game, there’s a lot to dig through. Witheverything from deadly psionic spells that warp a foe’s mind, to gouts of acid–here’s your guide to dealing the best kinds of damage in D&D. 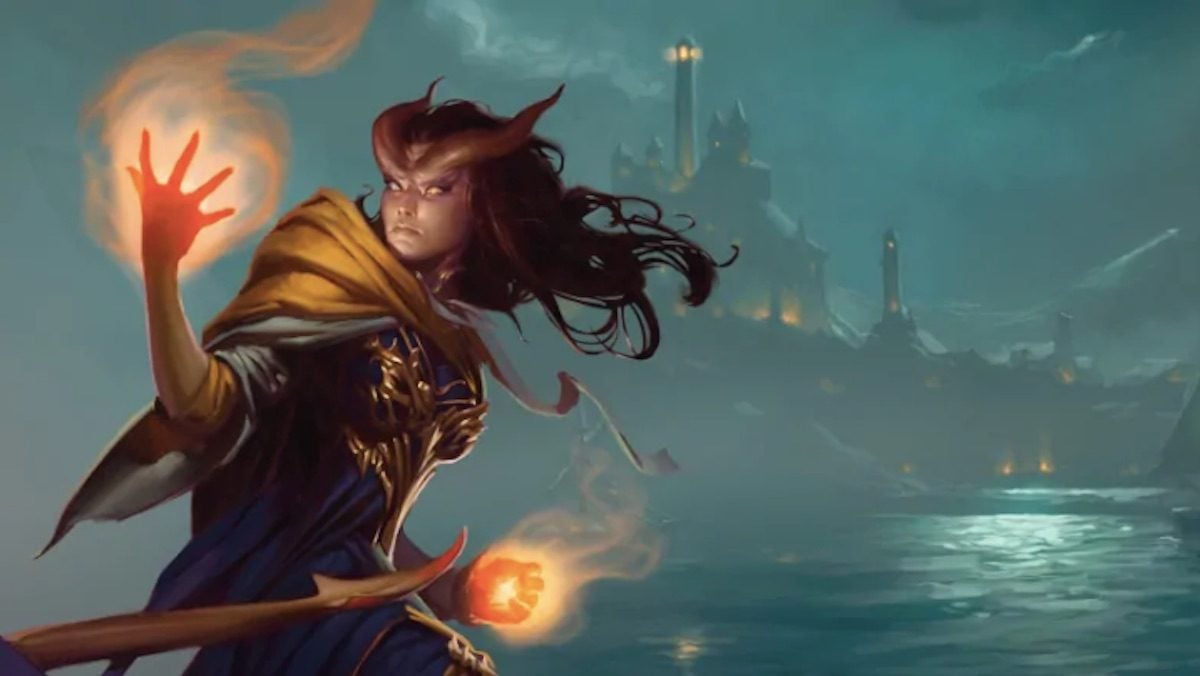 Real quick, let’s talk about what makes a damage type good in D&D. Functionally, they’re all the same. It doesn’t usually matter to the game if you’re getting stabbed with a sword, a flaming sword, an icy sword, or whatever. Damage is damage usually–right up until it isn’t. Most people tend to rank damage types by how many creatures are resistant and/or immune to it. After all, if you’ve ever fought an Incorporeal Undead you know how frustrating it can be to see your greatsword damage get cut in half.

Usually it’s the greatsword that does the cutting in half. So, that’s how we’re ranking them today. Here’s the 13 types of energy–coincidentally, one for each ghost of Scoobyy Doo. 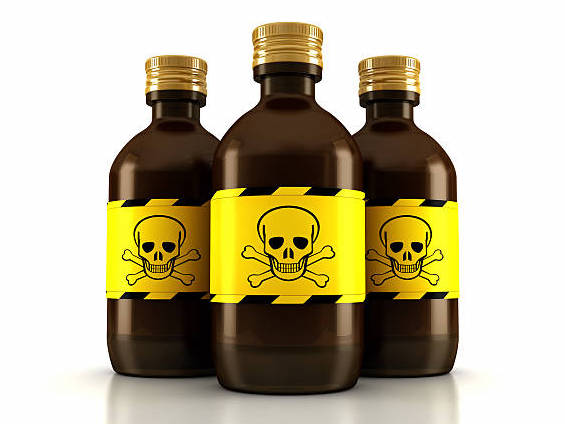 Poison might be a great name for a band, but it’s one of the least useful damage types. There’s a reason that, even though the Poison Spray cantrip does a solid d12 damage, it’s one of the least-used cantrips. 5 creatures are resistant in the Monster Manual, but then another 95 are totally immune, more than any other on the list. Odds are good it just flat out won’t work.

Next up comes the mundane damage type. These are your standard weapons that don’t have any enchantment, typically–and you’ll note that some full 60 creatures are resistant to nonmagic weapons, making it an excellent tool if you want to run really challenging fights–but beware, 17 monsters are immune outright.

Fire might be one of the most common damage types–and it’s also a good point why you should consider this ranking a little lightly–for even though Fire is just barely above normal damage, it’s capable of doing damage in high enough amounts that people might not notice. But another 77 creatures are resistant and/or immune to fire, with 37 resisting and 40 immune to flames altogether. 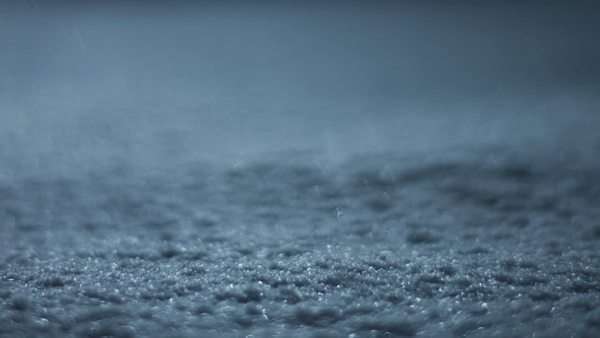 Now we’re getting somewhere. Cold is a damage type that associates with cool spells like Cone of Cold and can do a lot of damage–provided you aren’t battling the 46 odd creatures that are resistant to cold, or one of the 20 immune outright. 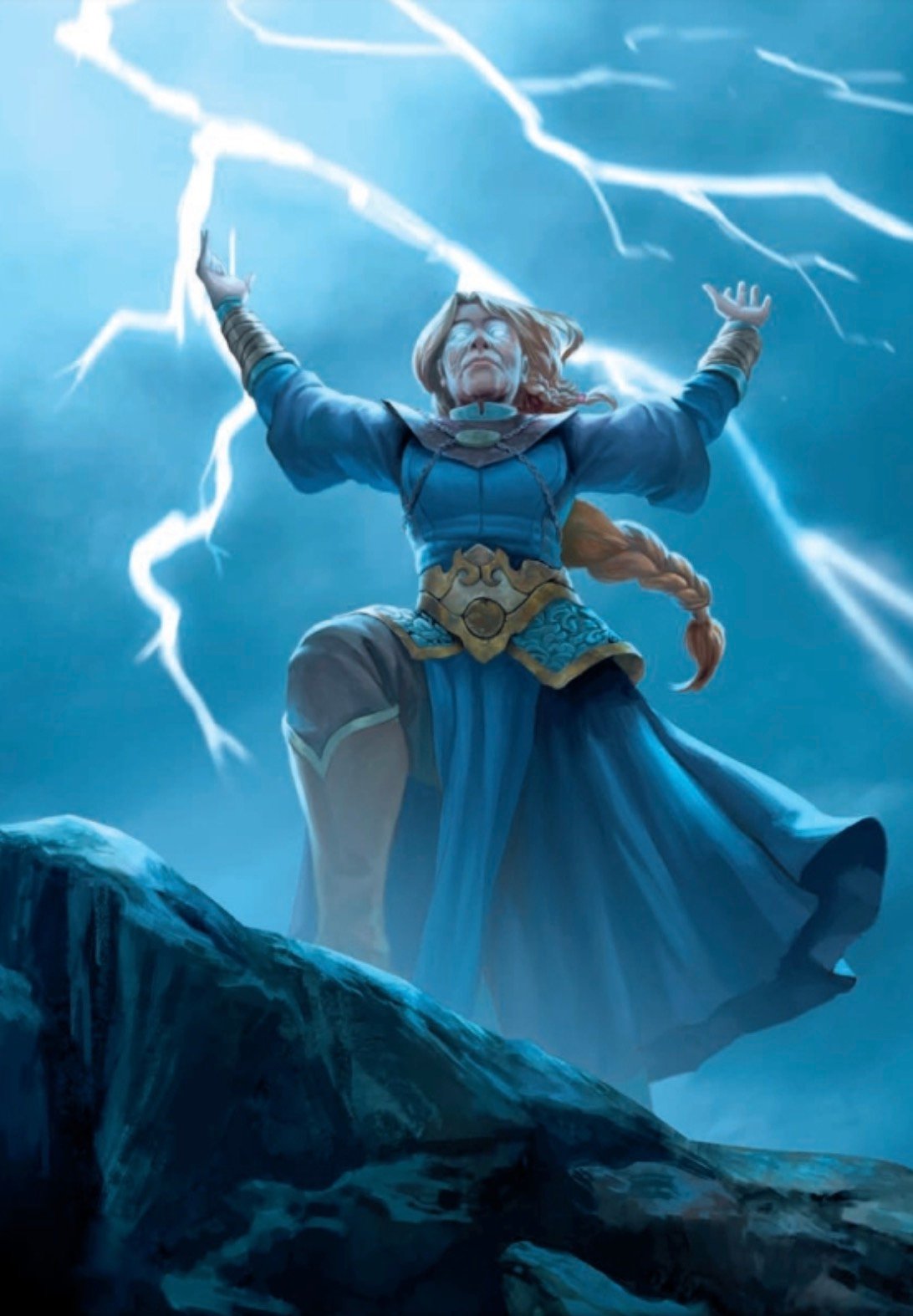 Lightning is the undersung hero of elemental damage–sure it’s not the most powerful, and a good 45 or so creatures have little-to-no effect from it with the 35 resistant creatures and 10 lightning-immune monsters lurking in the pages of the manual. But if you’re playing a Tempest Cleric, when they’re not immune, it’ll feel oh so good when you start maxing out your damage. 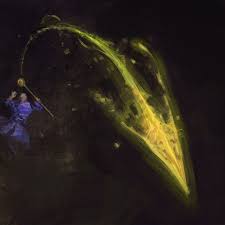 Now we’re talking. Acid is the best kind of damage for dealing ongoing damage. If you want to burn a foe now and then have it linger, acid is your best bet. And with only 18 acid-resistant creatures and 15 acid-immune ones lurking in the pages of the Monster Manual, there’s a much better chance you’ll have some effect. 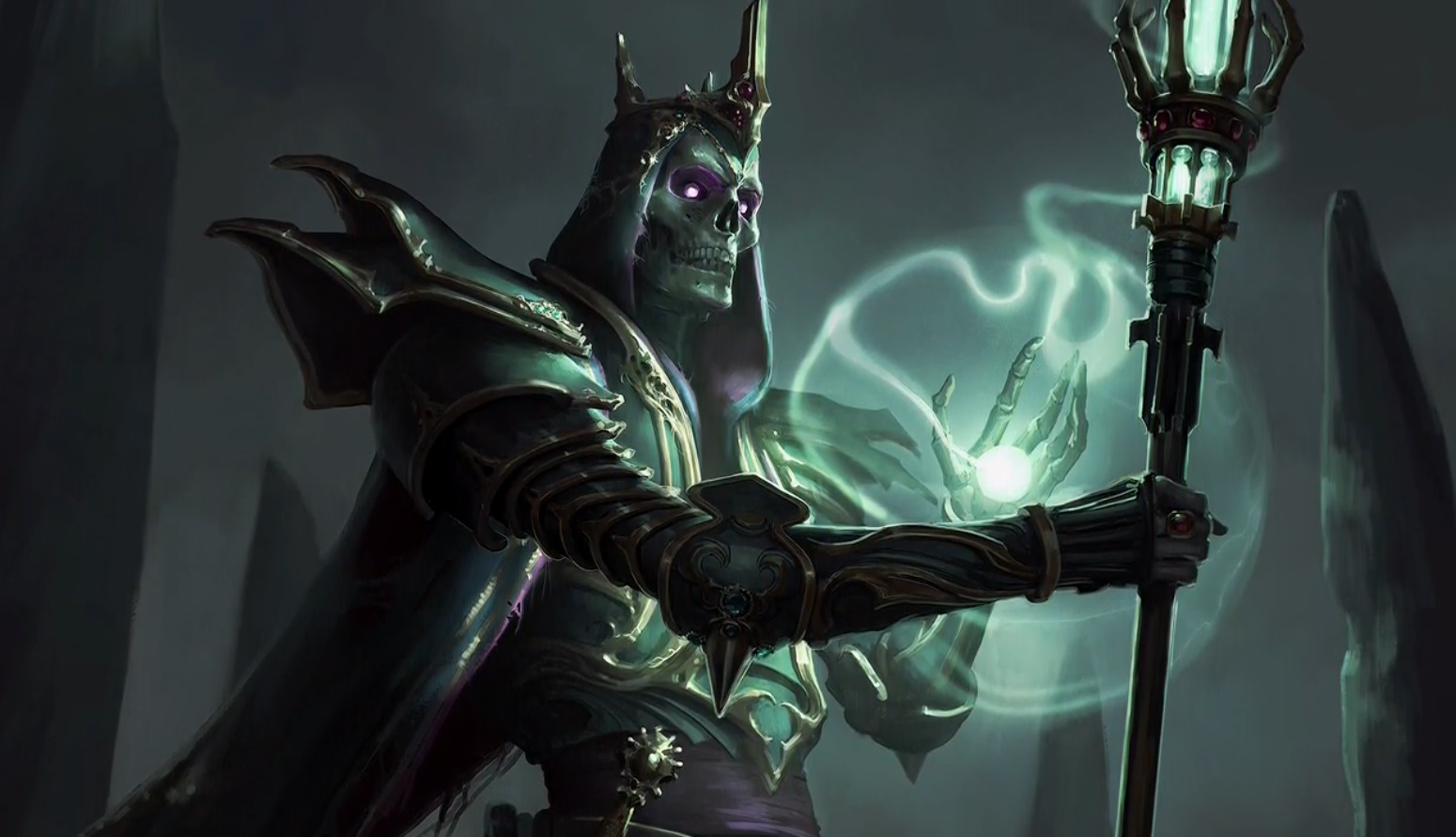 Now we get to the good stuff. Necrotic is one of those damage types that gets associated with evil, because these tend to be spells that damage the ability to heal/recover hit points. So. Maybe they have a point. And with 22 creatures either immune or resistant (11 each), it’s not bad. We’re in the top five now.

Thunder almost takes us out of the double digits. Only 14 creatures resist thunder damage and only 2 are immune outright. Sure, thunder spells don’t tend to do as much huge damage numbers as the other elemental damage types, but it’s usually accompanied by some secondary effect,

Sometimes you have the power to kill someone with mindbullet. Yes, that’s telekinesis Kyle. Psychic damage is resisted by only one lone creature, and 10 out of the entire Monster Manual immune to it, this damage type is surprisingly good. Especially now that you have spells like those introduced in Tasha’s Cauldron of Everything which put a new twist on the oft-underrated damage type. 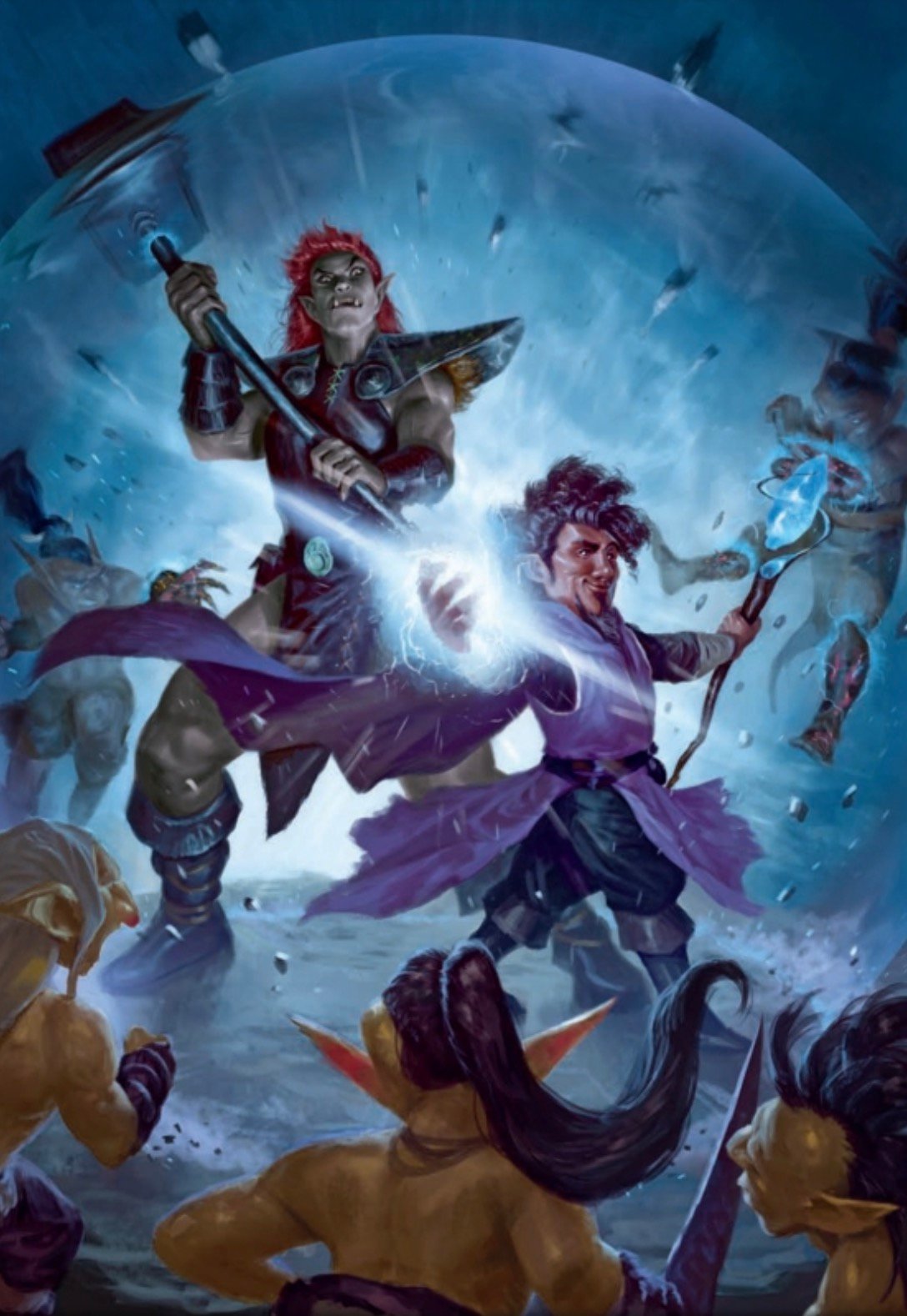 Now when it comes down to it, the damage types at the top are very close. Sure Radiant damage has 4 whole creatures that resist it, but no one is immune. And Radiant damage tends to disrupt things like regeneration (which fire does also, depending). 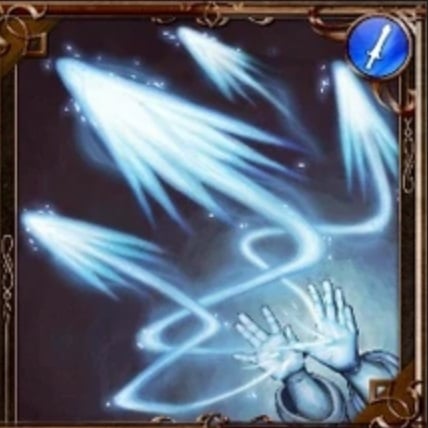 Force, meanwhile, is resisted by nobody–and only one creature in the whole book is immune to it (the tarrasque).

Your mileage may vary. How do you rank the damage types?