Age of Sigmar – How to Play Orruk Warclans: Ironjawz 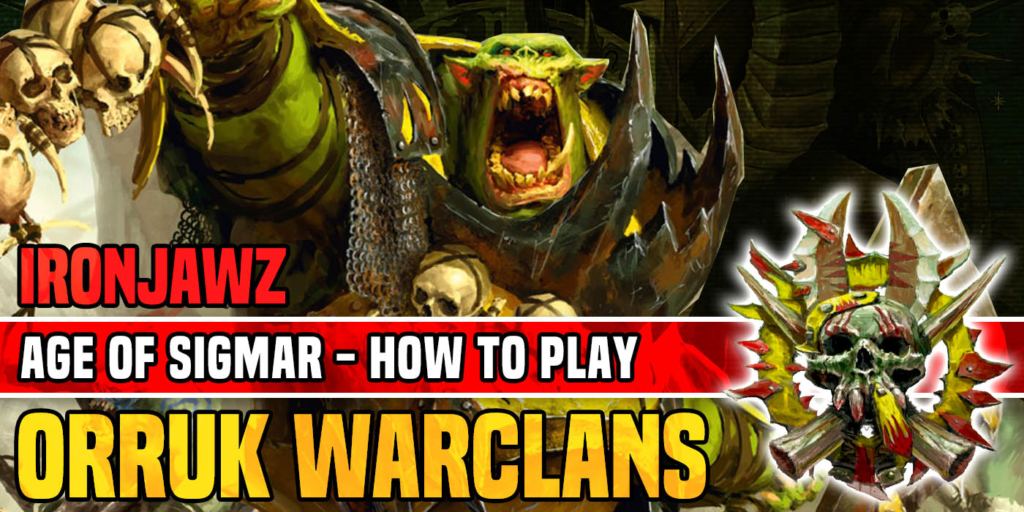 Today we look into the Ironjawz Orruk Warclans faction of Age of Sigmar. Might makes right, and no one understands that better than the Ironjawz.

Old school Warhammer players will remember the likes of Grimgor Ironhide, the biggest and strongest of all da Orcs, and the Incarnate of Beasts for a while during the End Times. Well, unfortunately, he didn’t make it across the great veil into the Realms, but his legacy lives on in the heavily armored Ironjawz. These Orruks hammer crude plates of armor into their bodies and hunt down the biggest and strongest enemies they can find to prove their might. This anger and strength extend to their Gore-Grunta and Maw-Krusha mounts. In fact, there is a slightly humorous belief among some human hunters that a Maw-Krusha is only able to fly because gravity is scared of it. Here are some quick tips to make the most of the Ironjawz on the battlefield and some good units to make sure you bring along. 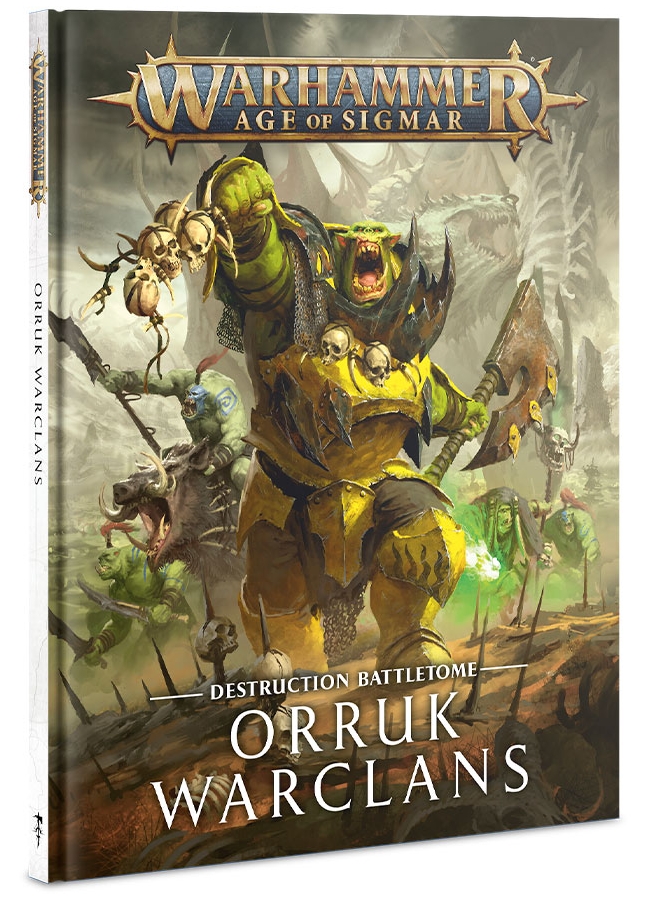 The Ironjawz are those Orruks that prefer to put their faith in good ol’ fashioned pig iron rather than ritualistic tattoos or wild spiritual energy. They are massive, and their leadership is decided by who is the biggest and the strongest. They love nothing more than to charge into battle with a mighty warcry and reduce their enemies to a pulp before moving on to the next fight. They have no grand plan and crave no conquest; they only want to fight and wage endless war, much like their space-faring cousins in 40k. They are the primary faction of the Destruction Alliance, and the greatest of their leaders, Gordrakk, is probably the closest that Alliance comes to having a general. 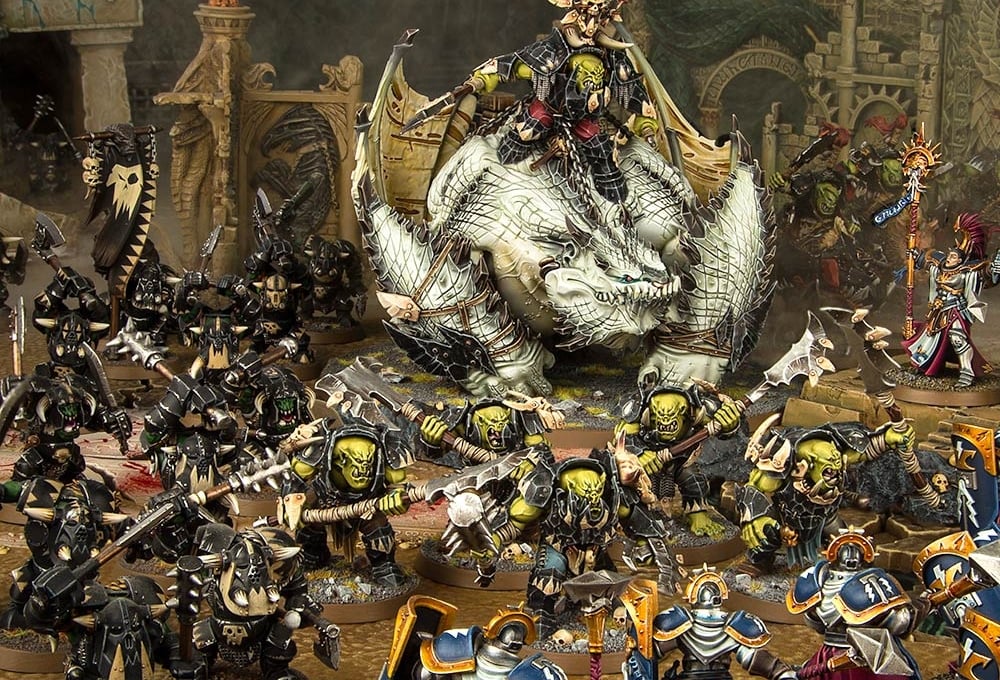 Ironjawz are tough, and they can do an insane amount of damage on the charge. They aren’t a very big army, so you won’t have to worry about painting too much, but each Orruk is worth its weight and will likely take down several enemies all by itself. If you want an extremely resilient army that can dish it out even better than take it, the Ironjawz are the choice for you.

Subfactions
The subfactions for the Ironjawz are called warclans, and each approaches battle a different way. You’ve got the cunning Ironsunz, the hyper-aggressive Bloodtoofs, and the city-hating Choppas. Each one gives you a unique command trait and artefact, so if you feel like being more specialized, give them a look.

There really isn’t much to an Ironjawz army because why mess with the perfection of bashin’. That said, here are the 5 primary units that should be in your army. 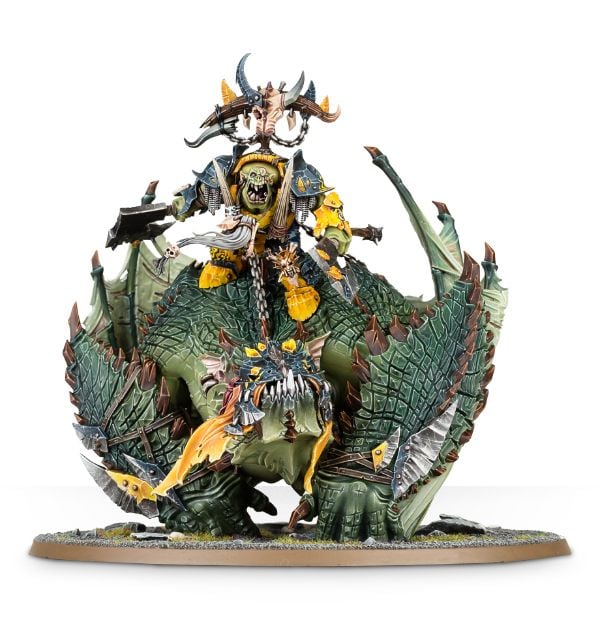 Megaboss on Maw-Krusha – Always your general, and that will never change, either on foot or the monster (though the monster makes it easier to get command traits off sooooo). He has an amazing command ability, hits like a jet-fueled boss with foot-long spikes on the front that is also on fire, and gets stronger the more enemies he kills. Never, ever leave him at home. 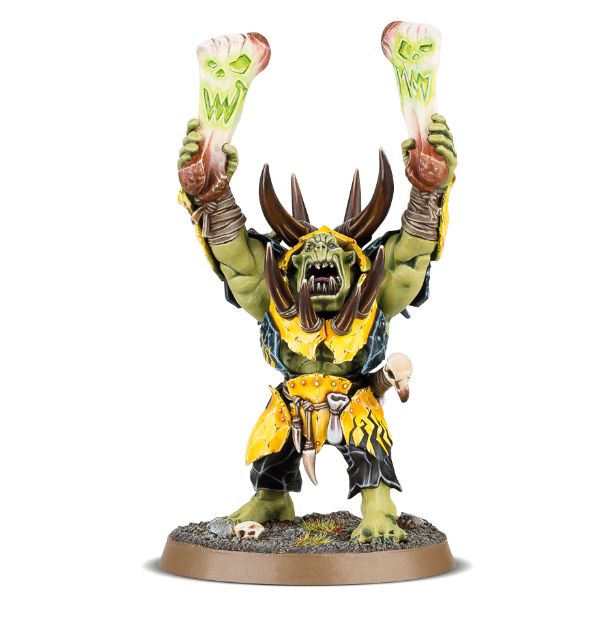 Warchanter – Animal from the Muppets if he also wanted to kill Kermit for being green. It has a potent buff that will make your already killy units even more dangerous. You’ll really want to have more than one of these to get the most out of the rhythmic destruction. 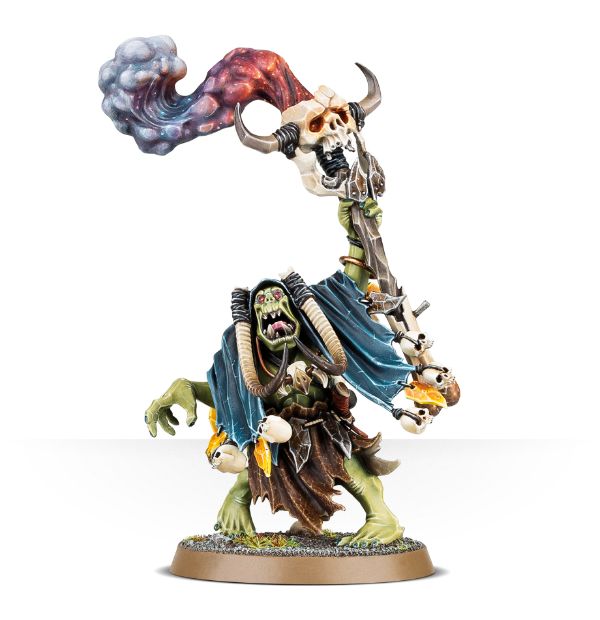 Weirdnob Shaman – Your one and only wizard and your main source of mortal wounds. Keep him near ‘Ardboyz or bigger units of Brutes to get the most out of his casting. Just keep them out of his way, his magic doesn’t discriminate. 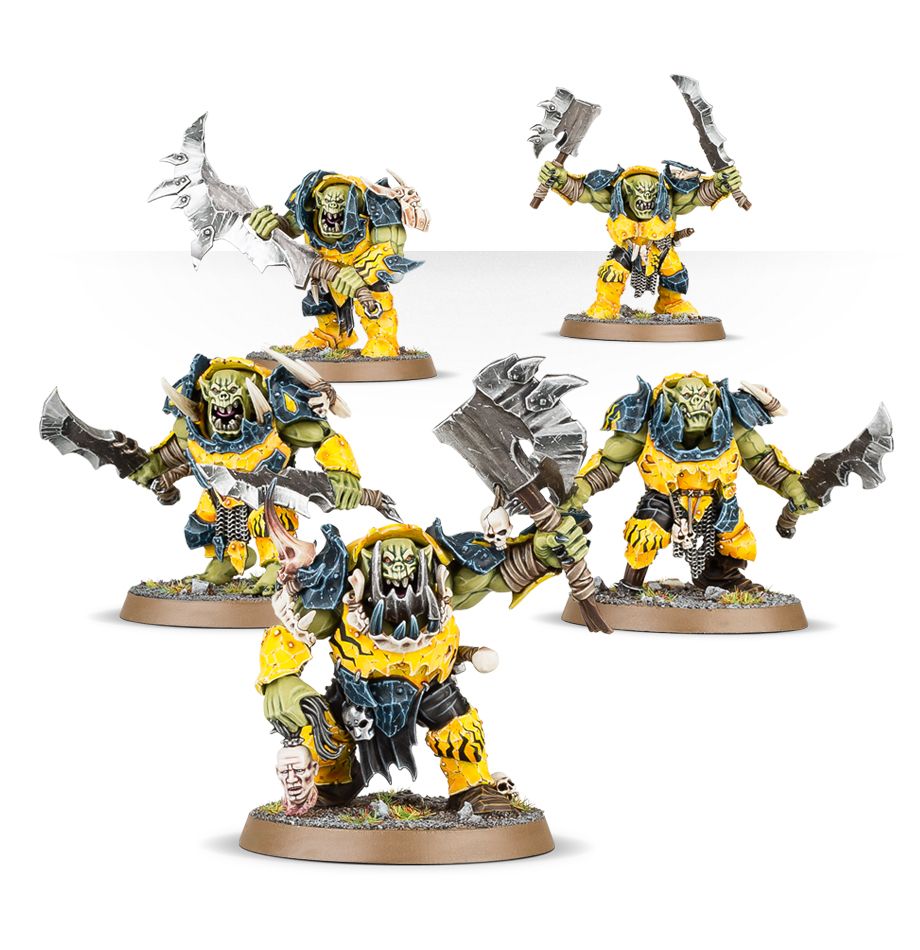 Brutes – These lads are your primary battleline and can deal an insane amount of damage. Can be equipped with either a pair of Choppas or a Gore-Hacka, and I would suggest the Hacka so that all models in the unit can fight over their massive bases. 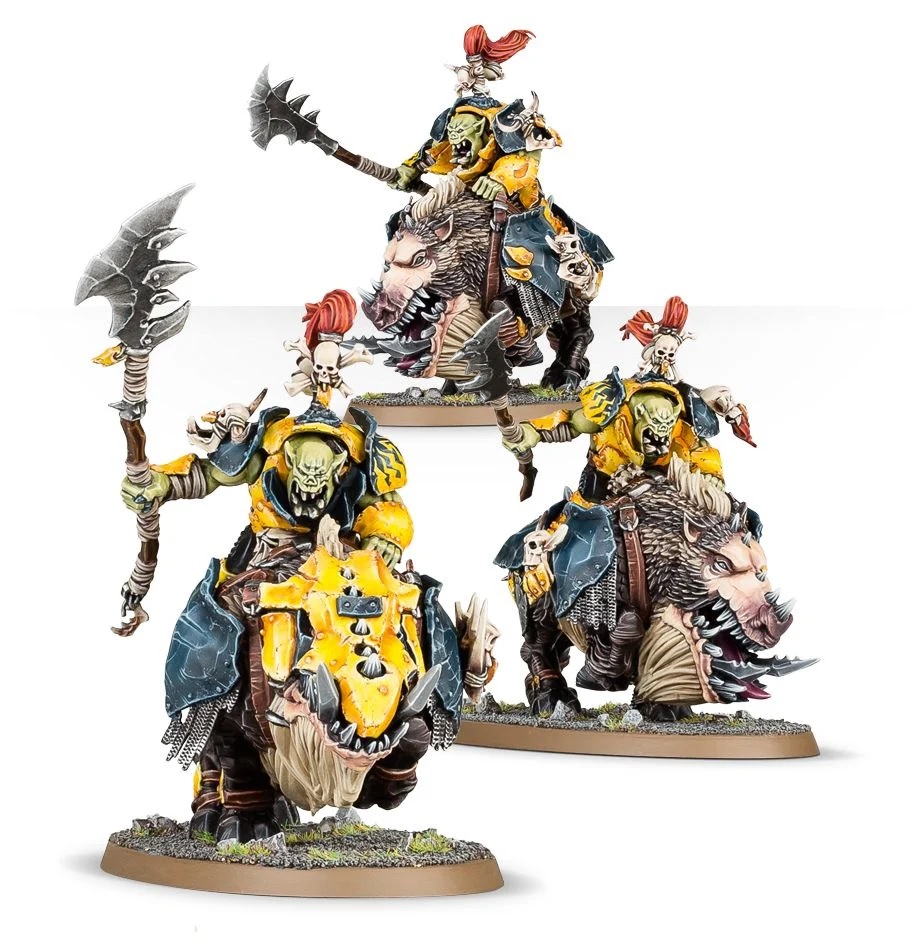 Gore-Gruntas – Take a Brute and add an angry boar that literally eats metal, and you get the Gore-Gruntas. Provide some much-needed speed and an incredible amount of damage to the army. Can be used to clean up after the Brutes or soften up a unit for their charge. 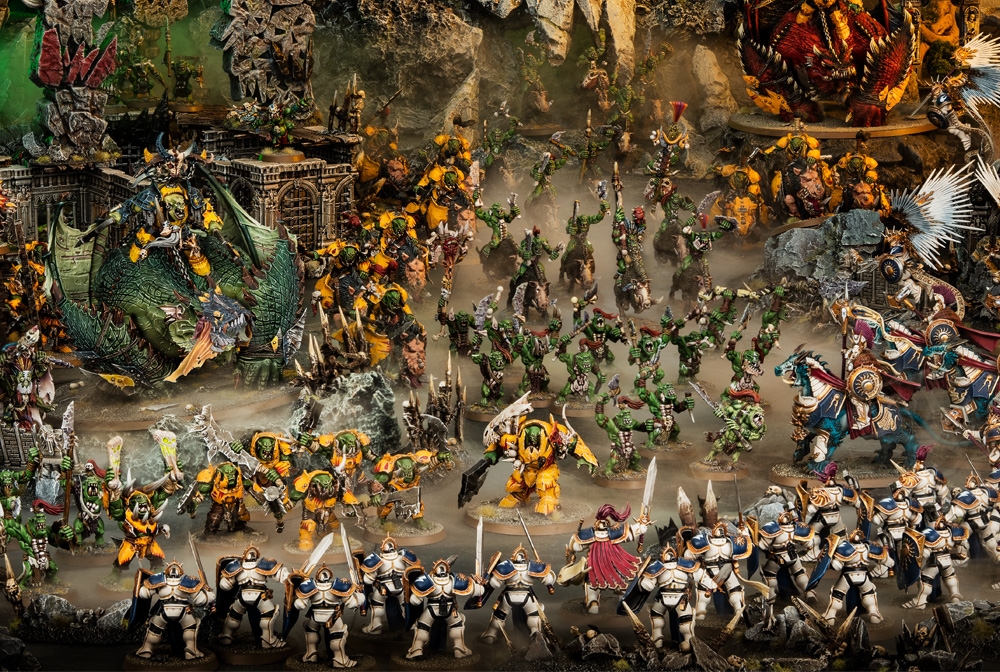 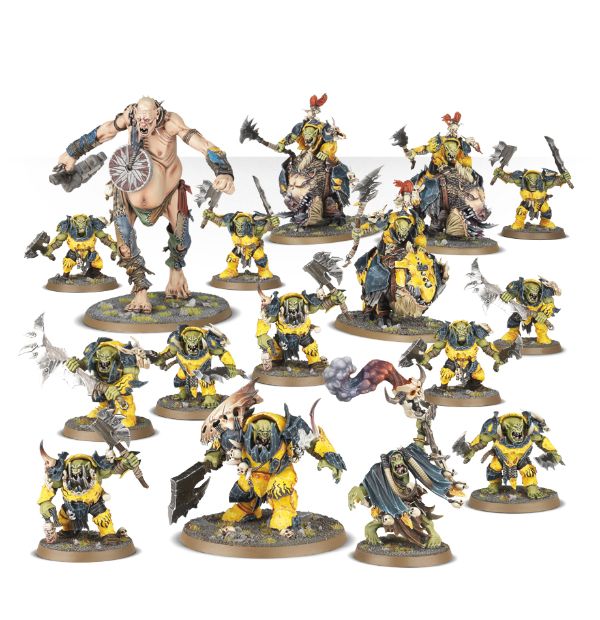 How to Play Ironjawz

Hit hard, double up on enemies if you can, and try to always be in combat. Make the most of flank charges and make every hit count. Save your command points for Megaboss stuff. 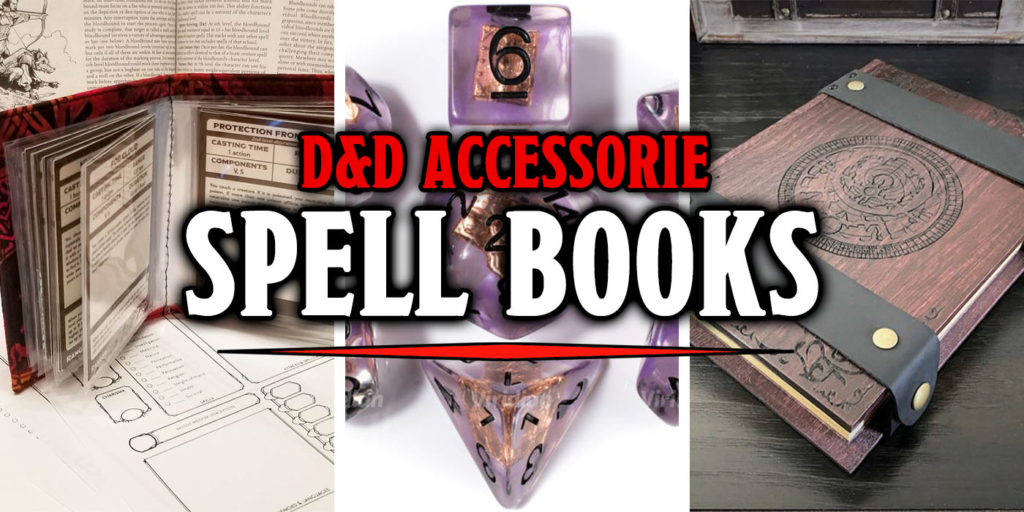