“They Sue Regularly” The Many Lawsuits Of TSR – Prime 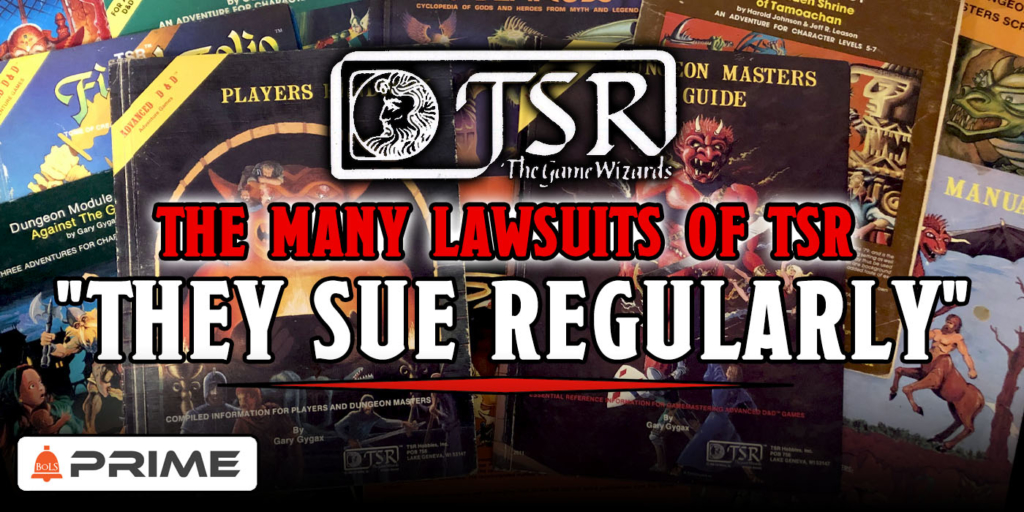 Back in the 80s and 90s, people joked that TSR stood for “They Sue Regularly” and when you look at their court history, you can see why.

One of the most persistent problems for the development of Dungeons & Dragons has been legal troubles–and more often than not, legal troubles of their own manufacture. Throughout the company’s second two decades it was known for lawsuits. Come step back in time with us as we look at “They Sue Regularly.”

Legal troubles are part and parcel with most businesses, but TSR picked up quite the reputation for litigiousness as the years went on which many people found quite odd considering the work they did to create and promote an entire industry. But, you don’t get to be at the top of an industry without crushing the competition. And when you can’t outsell them, the executive management at TSR was fond of using legal tactics to remove their opponents. The RPG industry could be a surprisingly cutthroat business in the 80s and 90s. Here are just a few. 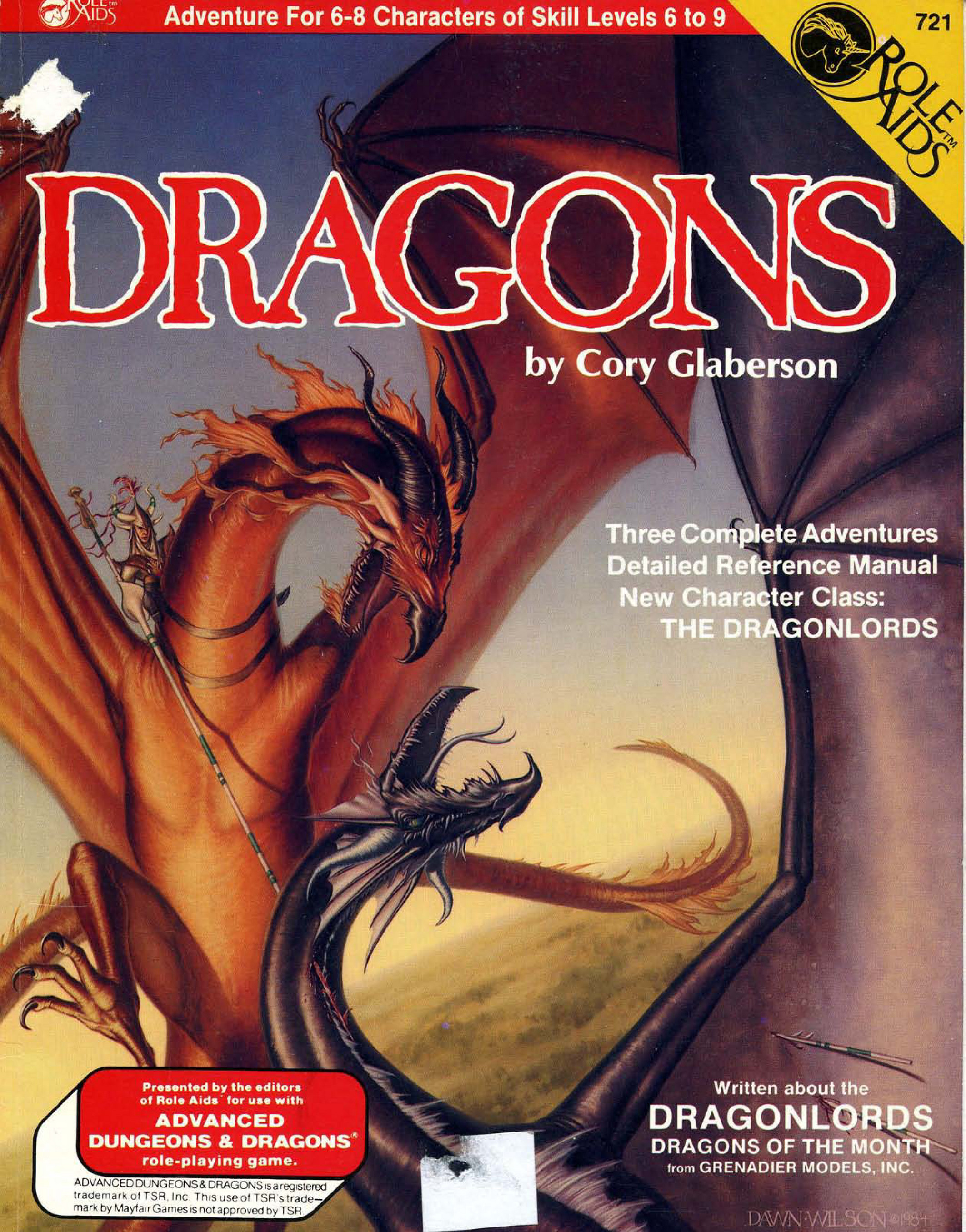 Mayfair Games (who published “generic adventures” that were designed to be run with AD&D) and with their “Role Aids” line famously included the words “suitable for Advanced Dungeons & Dragons” on their marketing to let folks know these adventures could work with their favorite systems.

This prompted a lawsuit from TSR, but Mayfair games held their ground–and rather than allow for a precedent, TSR ended up settling with Mayfair. This granted them a royalty-free license to keep their works as long as TSR’s trademark was used with certain stipulations:

Within a specific emblem form 6 in which Mayfair would state that the Role Aids product involved is for use with the AD&D role-playing game and that AD&D is a registered trademark of TSR, and would disclaim TSR’s approval of that specific use of TSR’s trademark by Mayfair”

Mayfair also agreed (2) to phase out all noncomplying packaging, (2) not to use TSR’s trademark in any other manner and (3) not to include statements on Role Aids modules carrying the AD&D trademark that such modules were suitable for use with other role-playing games.

And all would stay quiet for about seven years before, TSR, “unsatisfied with Mayfair’s performance” would file suit in January of ’91. This new complaint alleged licensing agreement violations on a number of products, specifically with City-State of the Invincible Overlord, which stated that it came with “an introduction by E. Gary Gygax, creator of Advanced Dungeons & Dragons.” You can see it below. 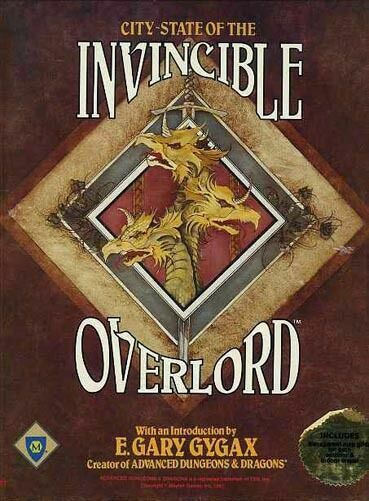 It seems like such a little thing, but TSR’s trademark wasn’t placed as specified within the agreement, and no disclaimer was visible–so with Gygax’s statement and name attached to the project, TSR sued. After two years of legal battle, Mayfair lost their will to fight–and though a judge had ruled that there were minor violations Mayfair sold off all the Role Aids properties to TSR, who took their products off the market quickly. 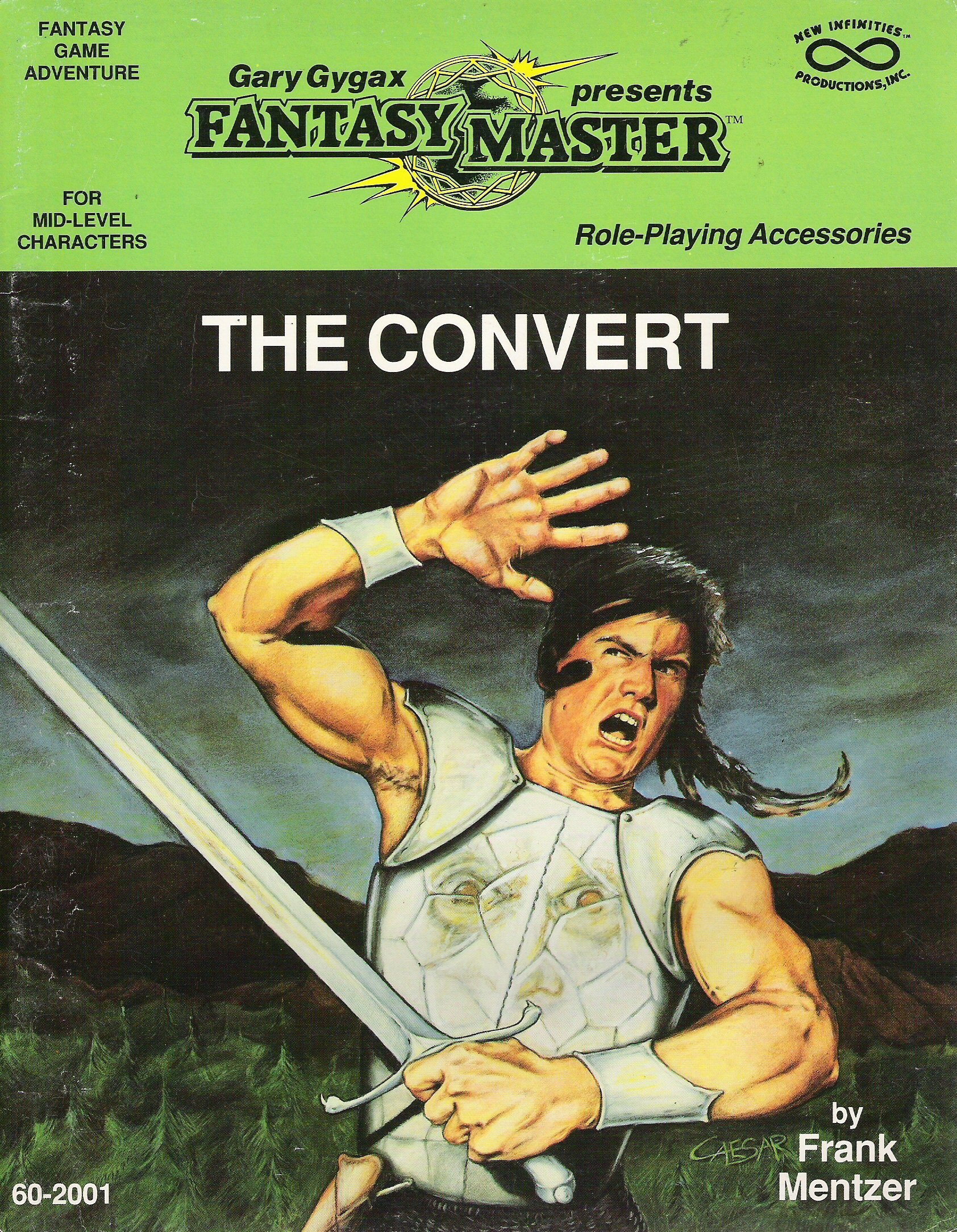 After Gary Gygax left TSR under contentious negotiations, he tried to get back into the industry he helped create with a new venture. Gygax started a company called New Inifinities Productions, which published the sci-fi RPG Cyborg Commando as well as Gygax’s Gord the Rogue novels, which he had a license to publish (along with other Greyhawk novels) from his severance agreement with TSR. But it was their third project, a fantasy series that would launch with The Convert, an adventure by Frank Mentzer, that was initially developed as part of an RPGA Tournament. Mentzer had verbal permission to publish the adventure, but as there was no written agreement, TSR swooped in with their lawyers and filed an injunction that kept the company in court until their investors forced them into bankruptcy. 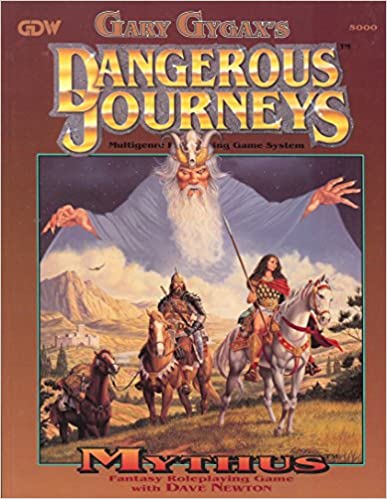 In 1992, Gary Gygax created another fantasy RPG called Dangerous Dimensions for GDW, the company that publishes Traveller. However, TSR was there again with a suit that would be laughed out of court today. They hadn’t yet learned the lessons Games Workshop would learn about copyright and mechanics–their initial complaint was that Dangerous Dimensions (which had since been changed to Dangerous Journeys: Mythus) was too derivative of AD&D.

A look at their complaint reveals… a lot of creative interpretation of the word “derivative.”

(4) The concept of adjusting a character’s abilities
corresponding to its age found in MYTHUS (pages 104-105) is derived from
the similar concept in the AD&D 1st ed. DMG (page 13).

Here’s a couple of choice examples. Heaven forbid you have age adjust a character’s abilities. And as we all know, famously, AD&D invented Elves and Dwarves and was never sued by the Tolkien estate, not even once (they totally were):

And the mentioning of Deities and Demigods is a particular overdose of irony, considering that particular book is full of figures derived from myths. Other popular things that TSR wanted to sue over include the idea of a character class or job or vocation:

(8) In MYTHUS (page 67), the concept of and the method by which
the game characters’ attributes are defined by randomly-generated
numbers, and the players’ choices of vocations precede and alter such
attribute generation, are derived from a similar concept and method in
the AD&D 1st ed. DMG (pages 11-12) and the AD&D UA (page 74).

The list goes on, taking issue with almost every single point of the game’s rules, painting with a broad enough brush that TSR could then theoretically sue any and all other RPG companies out there for “using dice to determine the outcome of an action.” Let me leave you with this:

And all that’s before TSR sued the Internet, which is a story worth diving into all on its own. By the end of TSR, they had two very distinct reputations. The creative team was beloved by gamers and their community, but management was often vilified for anyone who dared poked the bear that wanted to ensure that Dungeons & Dragons would be the world’s only RPG.

And all this is just scratching the surface of TSR’s legal troubles, which plagued them from beginning to end.

D&D: The Birth Of Dark Sun, A World Of Apocalypse - PRIME 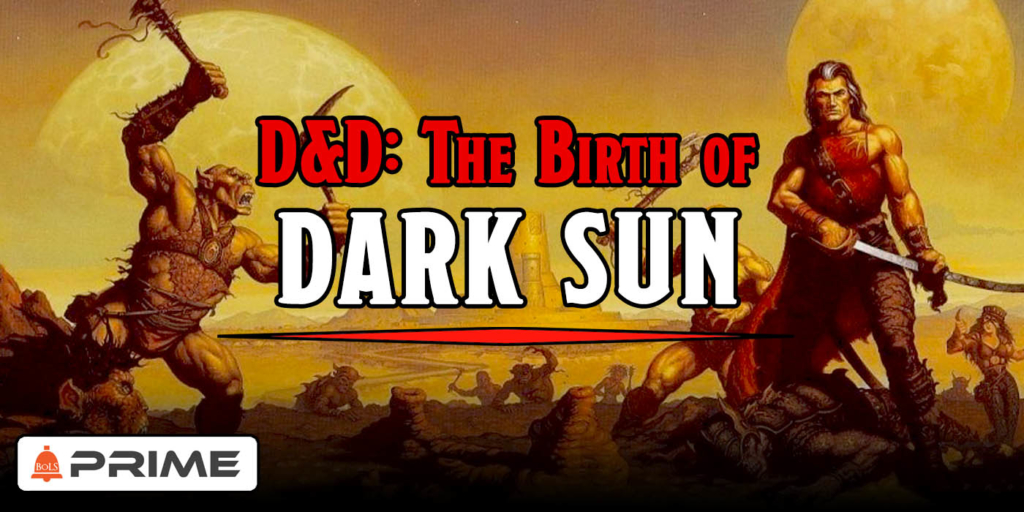