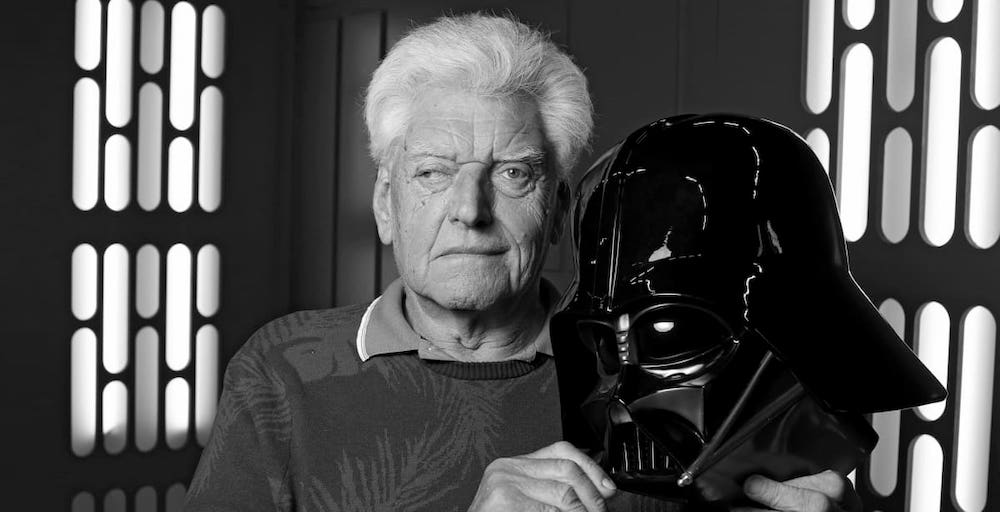 David Prowse was given a choice to play Chewie or Vader by George Lucas – ultimately choosing Vader because he wasn’t a fan of the furry costume and because bad guys are more memorable. History was made in that moment. On May 4th you have a chance to own his copy of The Empire Strikes Back script and a bunch of other pieces of Star Wars history. 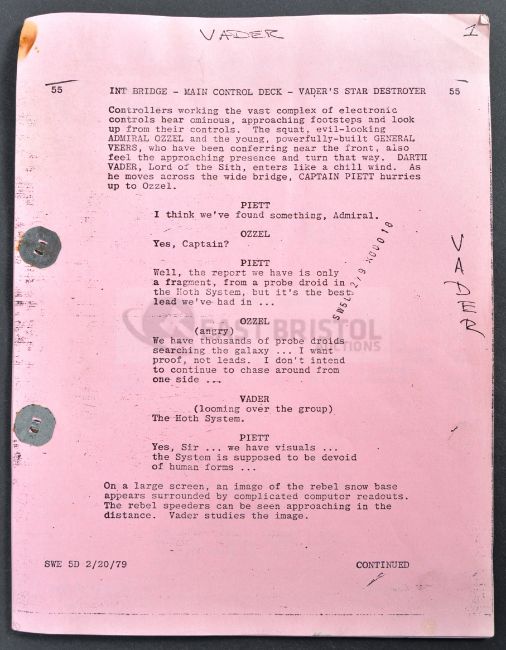 Auctioneer Andrew Stowe helped organize the collection – he spoke to The Guardian about the experience.

‘‘When I was rummaging through the boxes from his house, every now and then I’d come across something special and it would send my brain racing. In one box I’d find his Empire Strikes Back script, in another I found an actual piece of the Millennium Falcon, then a little deeper down I’d find a letter from Peter Cushing.” 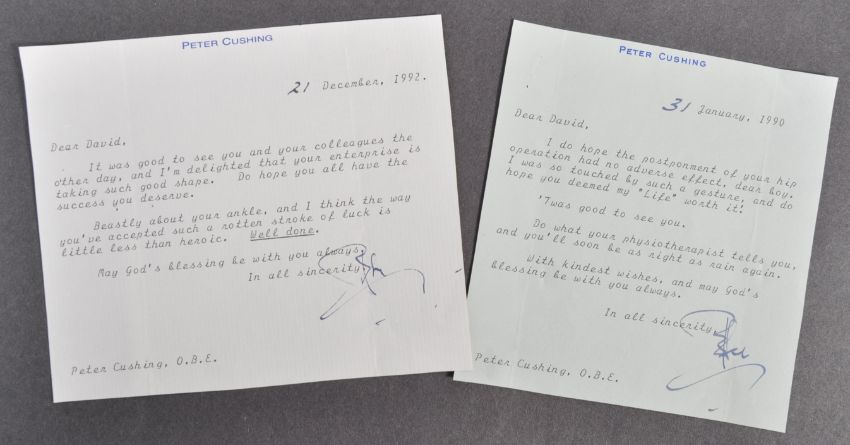 More than 500 items are on the block, and the collection goes beyond Star Wars. Prowse kept scripts and posters from other projects and his body-building career. You can check out the full catalog here. The auction is being run by East Bristol Auctions and starts on May 04, 2021 at 9:55 AM BST. All proceeds benefit Alzheimer’s Research UK.

A few of the available items…

The bulk of the collection is made up of signed photos from across the galaxy of Star Wars – from the OT to Force Awakens. 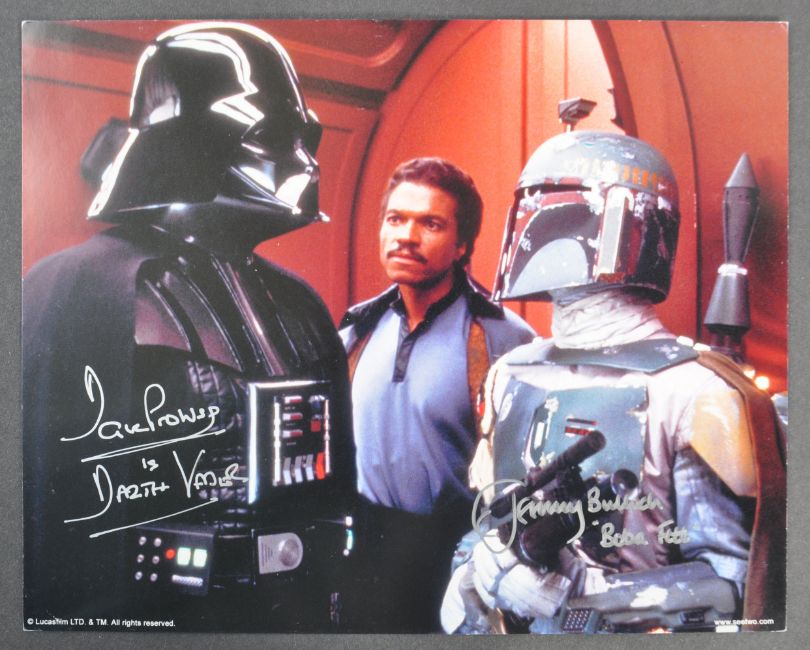 Standard figure, but on a custom cardback showing Dave Prowse in costume. Made for Mr. Prowse’s website, for a very limited time. Mint and unopened. 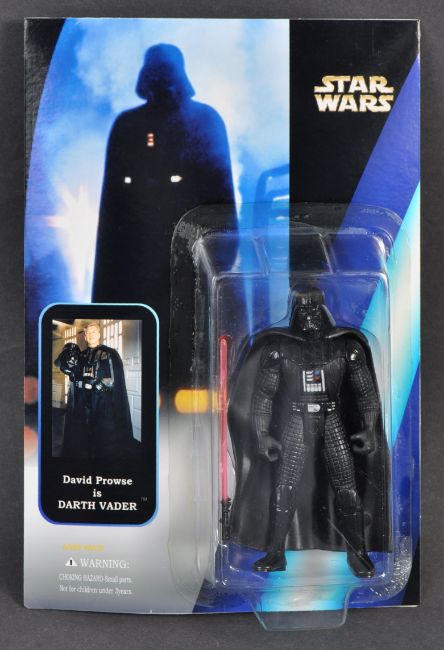 Metal construction, originally from a kit which got discontinued as a Lucasfilm Ltd license could not be obtained for mass production. Unfinished prototype. Measures approx; 28cm long. Unknown origin, gifted to Mr Prowse when production ceased.

Star Wars (1977) – Mr. Prowse’s original production used Cast List and Unit List from the movie. The Cast List being No.3 and features cast details, names, and addresses for those concerned. 4pp on yellow paper. Noted is the original title for Mark Hamill’s character ‘ Luke Starkiller ‘. Dated 7.4.1976. The Unit List No.6 being similar but for Crew members and runs to 11pp on white paper. Both stapled to the corner. These documents were used by Cast / Crew as a quick reference for contacting each other during production. Scarce documents, with a unique history, that they were owned by a key cast member – Mr. Prowse. 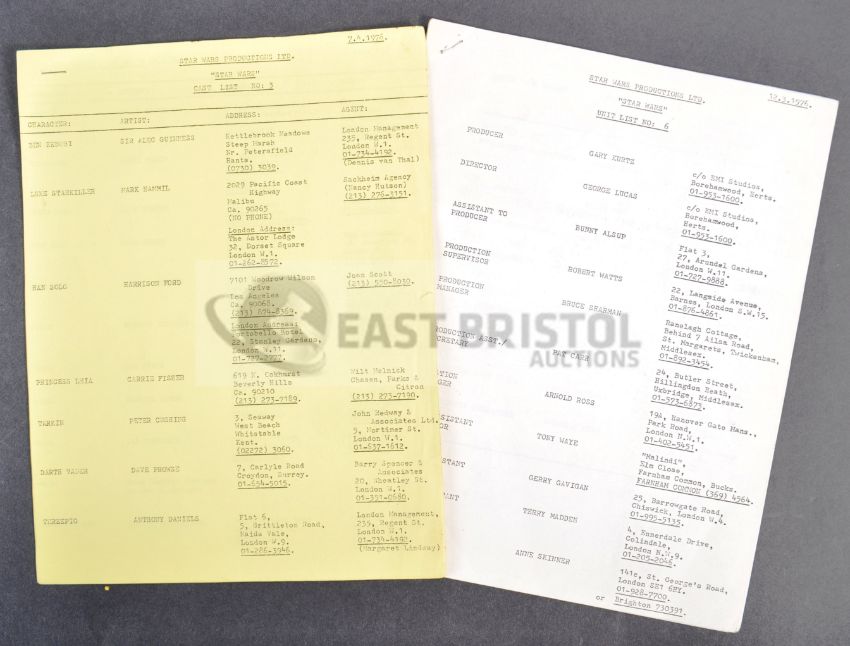 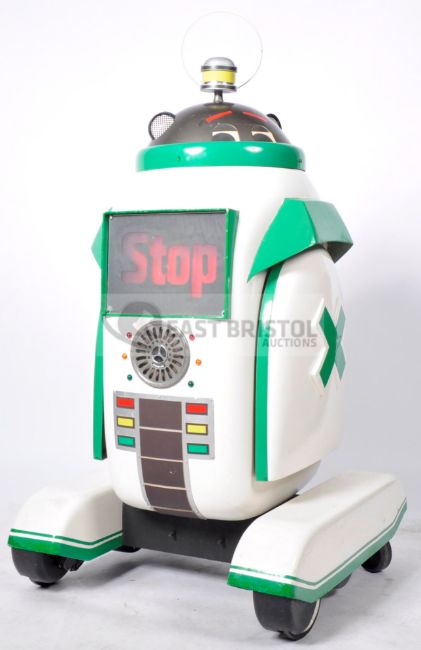 Star Wars: The Queen's Gambit Has A Truly Epic Scope of Battle 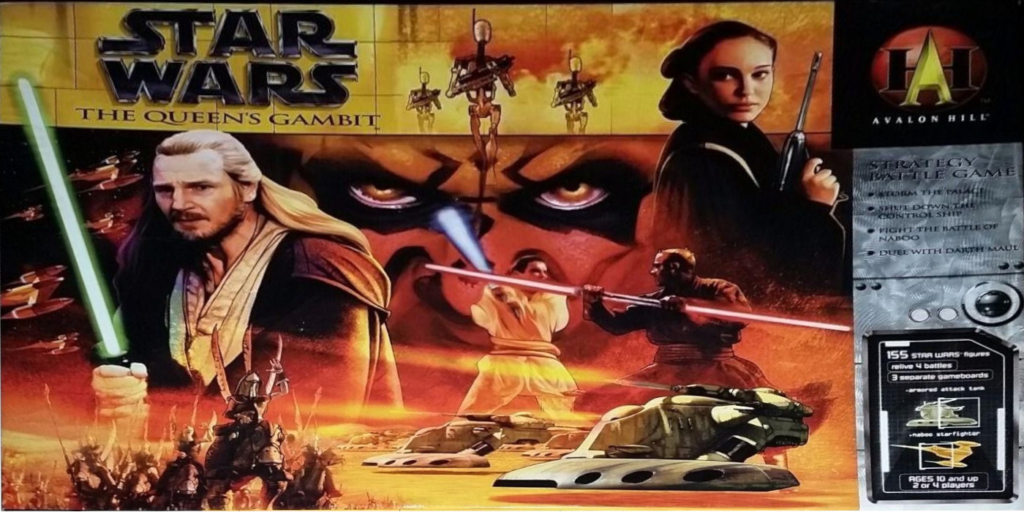