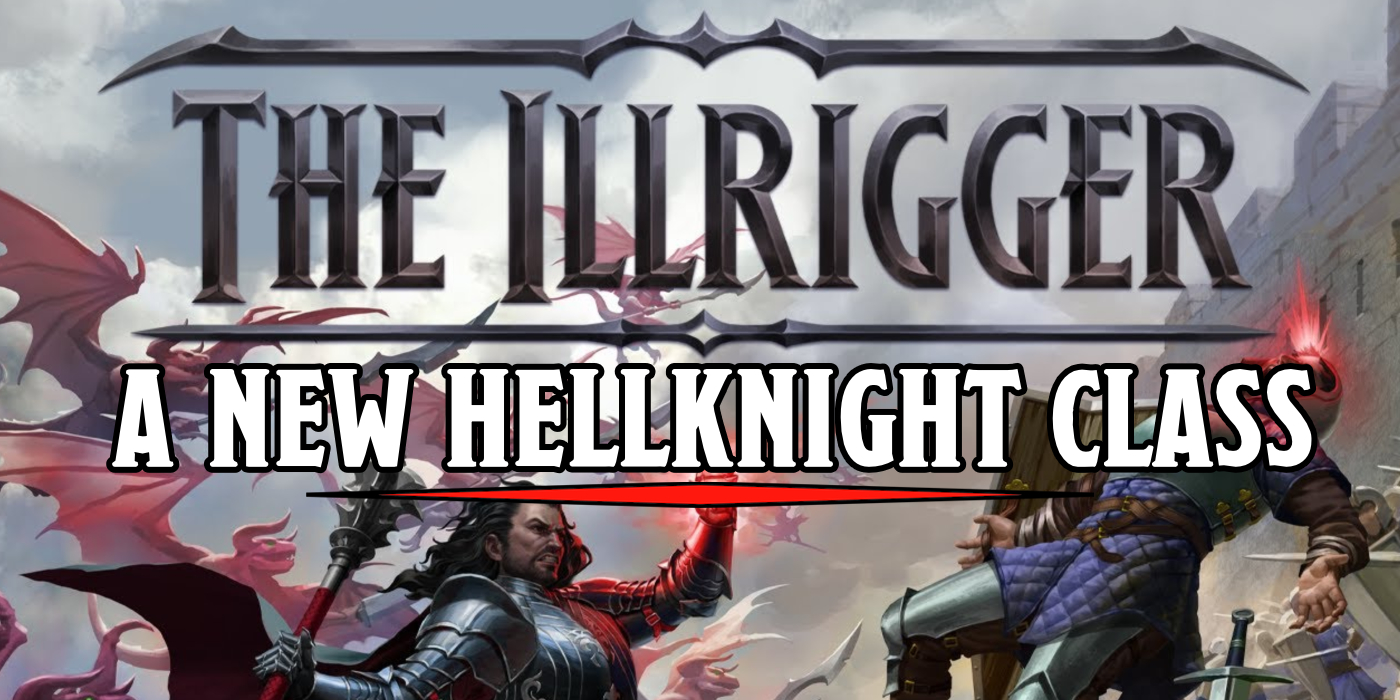 The Illrigger is a brand new full class for 5th Edition from MCDM productions–powered by infernal magic, it’s the Hellknight of your dreams.

Burning with baleful power, a fiendish new class has arrived on the scene, brought to you from Matt Colville and MCDM productions, better known as the folks behind Strongholds & Followers and Kingdoms & Warfare, two of the seven most successful crowdfunded RPGs. That’s quite the pedigree–the two books raised a combined $3.4 million dollars during their campaigns, and are still going strong. Which brings us to the Illrigger, a new full class that fights with all the powers of hell. Check out an overview below.

When I saw the artwork my first thought was “oh hey this is a cool evil paladin archetype” but as many people have said, the Illrigger is less an anti-paladin and more like a sort of dark reflection of them. As an Illrigger you swear a pact with a devilish patron but you serve the Nine Hells. Your pact determines what powers you gain, but your ultimate goal is to advance that infernal cause regardless of your archduke.

And in order to do this, you get an array of powers that seem right at home on the album cover of a great heavy metal album. Reading through the class you can really get a feel for how it’s meant to fit in with the rest of the game. The main bread and butter of the class is its Baleful Interdict, a special magical seal you can put on a creature that you can spend to do an extra 2d6 damage–or you can spend it to do other abilities, determined by what subclass you pick. 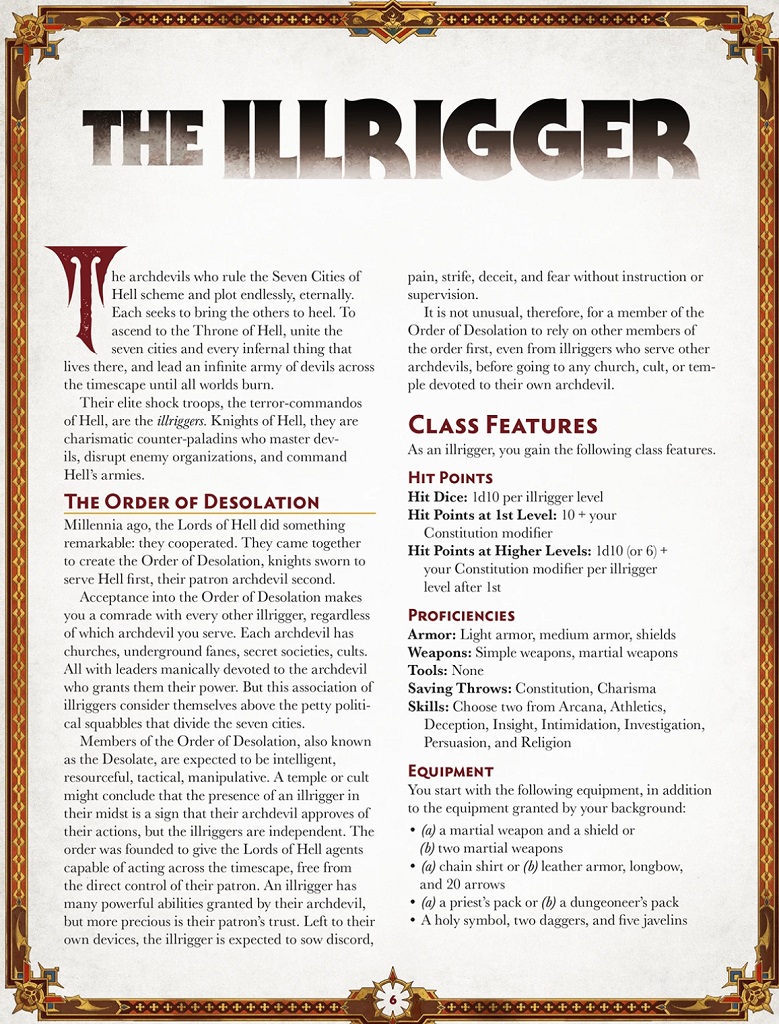 There are some similarities here–but where a Paladin fights with virtues and abilities determined by their oath, but Illriggers get powers of illusion and treachery and fear. You’ll find different archetypes to play with, from a battlefield commander type–for those of you with Darth Vader dreams, a stealthy assassin type, for folks who want to be all about finesse but also tons of two-handed weapon damage, and a dark magic type, for people who want to put the ‘power’ into all the powers of hell. 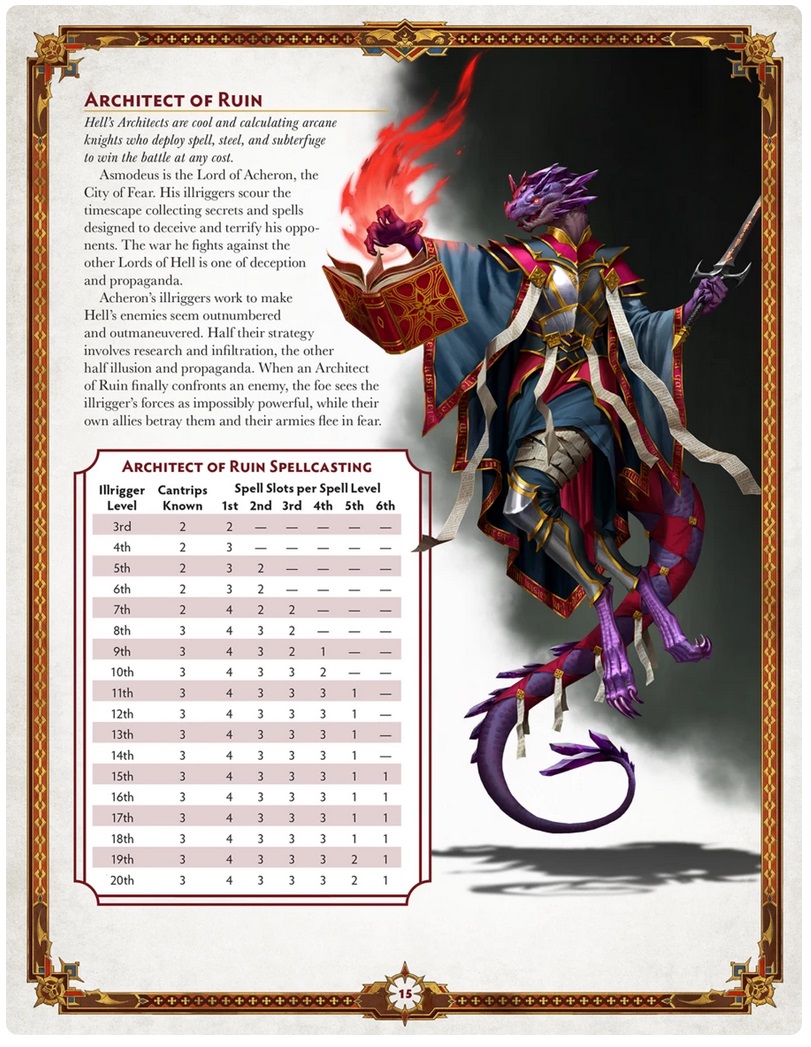 The biggest thing you’ll see if you take a look at the class are powers that inspire the imagination, but also make you think “wait this sounds really good is it too good?” but as Colville says, most of these hold up in play. Because once you get outside of the ideal perfect flat grid laboratory conditions that most forum users theorycraft from, you’ll find that everything here feels like it fits. 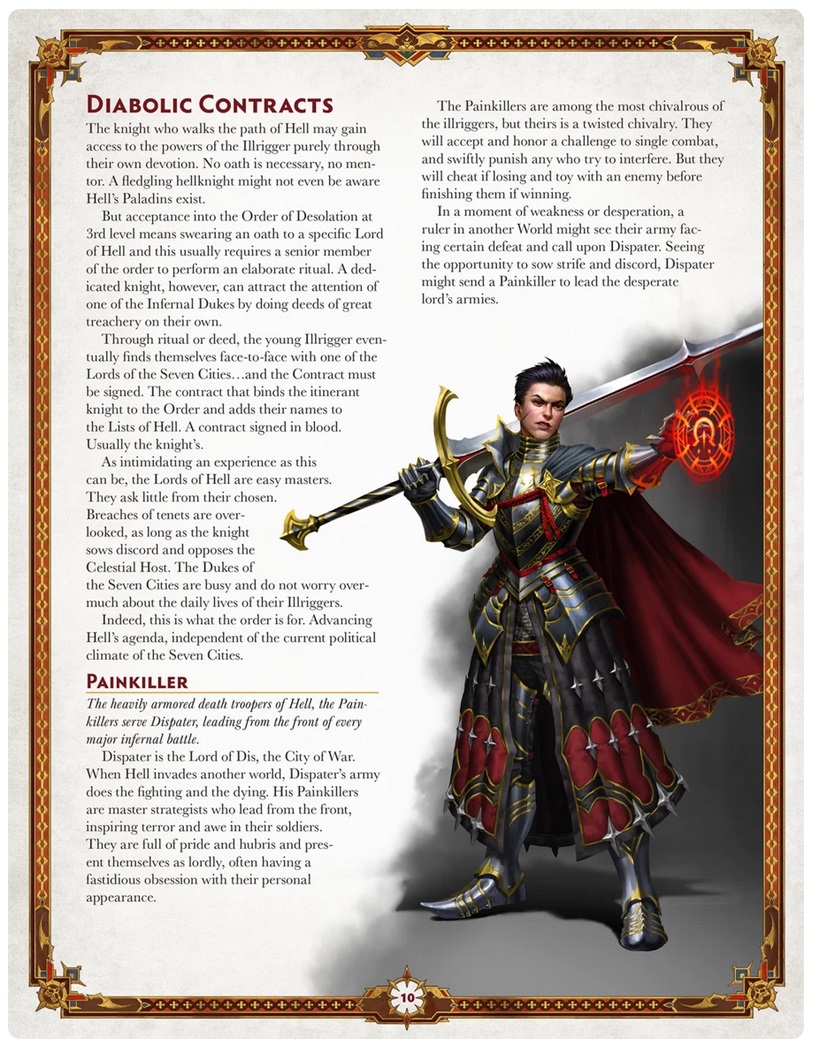 Of course as a digital release, this new class will be upgraded as the work continues. You’ll be able to get a new pdf when the MCDM team updates things, and if you’re looking for a whole new class or want to flirt with darkness? You’ll definitely want to check this out. 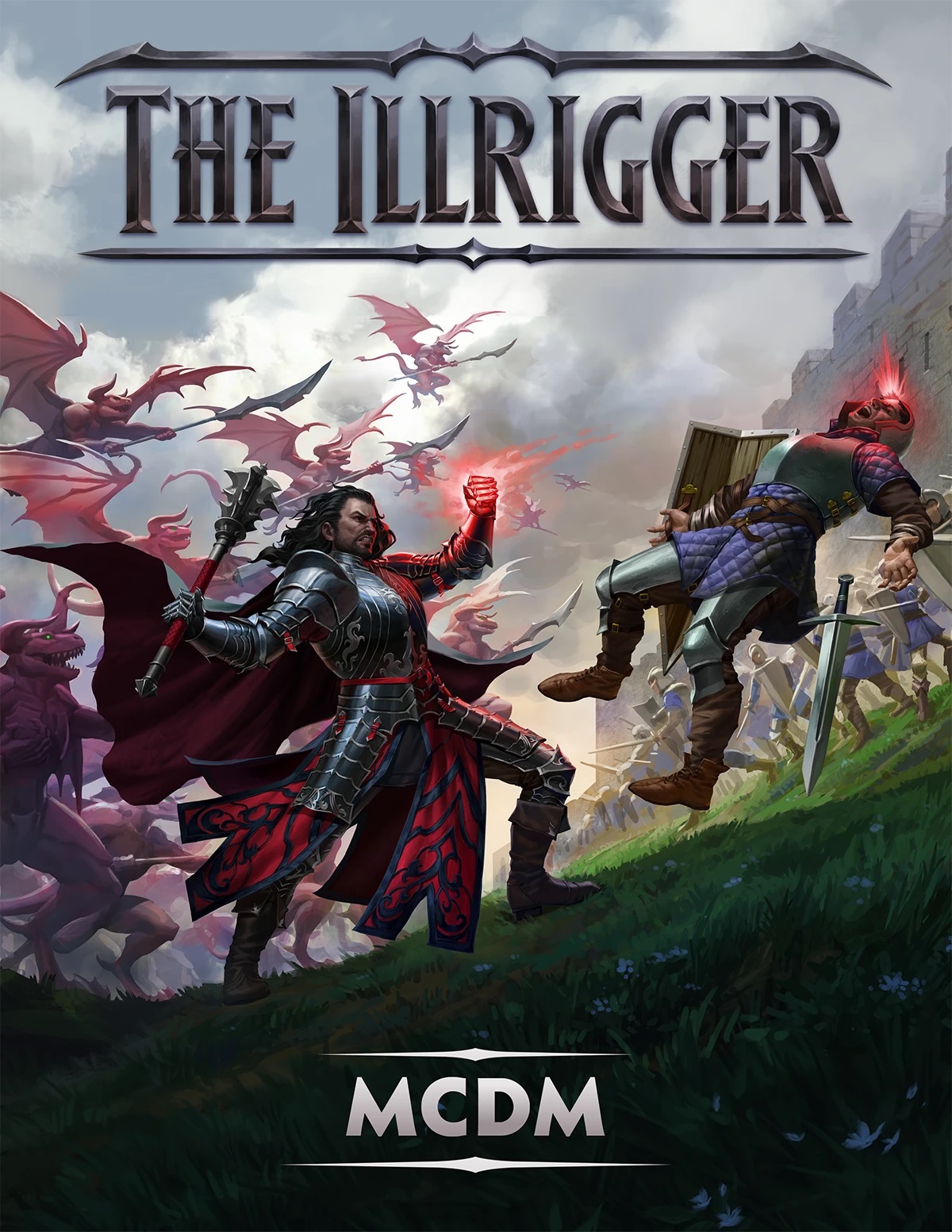 The Illrigger is MCDM’s first custom class for 5th Edition!

Illriggers are versatile armored warriors with a wide array of supernatural abilities that reflect the infernal source of their power. Depending on their contract they can be highly mobile stealthy assassins, heavily armored battlefield commanders, or fighting illusionists.

In addition to the class and three subclass options, The Illrigger PDF contains five new spells, an Illrigger NPC, and three Illrigger retainers compatible with the Followers rules in Strongholds & Followers.

We’ve been working on this class for almost two years. A huge thanks goes out to everyone who playtested the Illrigger. Your feedback made this class flavorful, unique, and balanced.

We hope you think the Illrigger is as cool as we do. Now go forth, and raise hell!