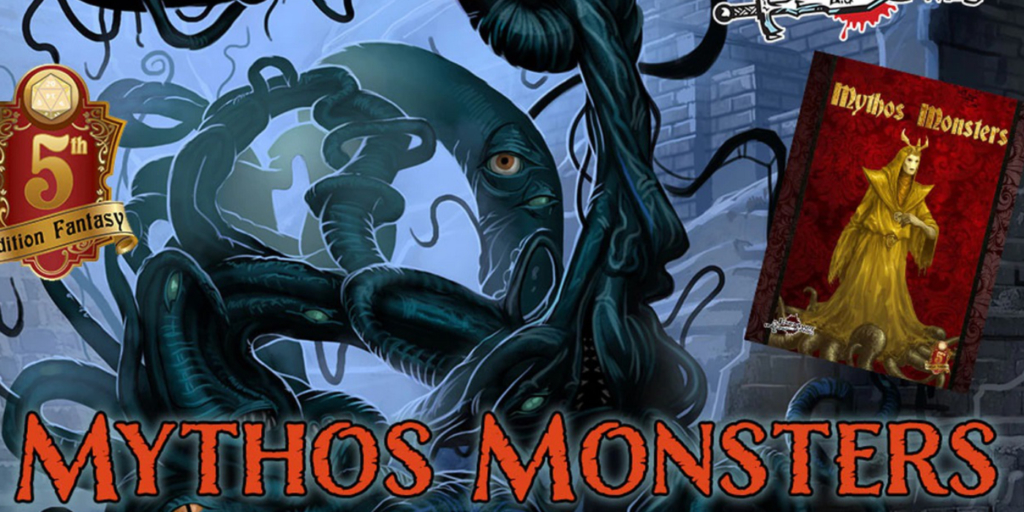 The monsters of the Cthulhu Mythos are crashing headlong into the world of Dungeons & Dragons. Will they survive? Probably not.

Earlier this year, Legendary Games launched a massively successful Kickstarter to produce a tome full of beasts from beyond the stars–that’s right, with more than 40 monsters drawn from the writings of H.P. Lovecraft and August Derleth, Mythos Monsters 5E promised Cosmic Horror in 5th Edition. 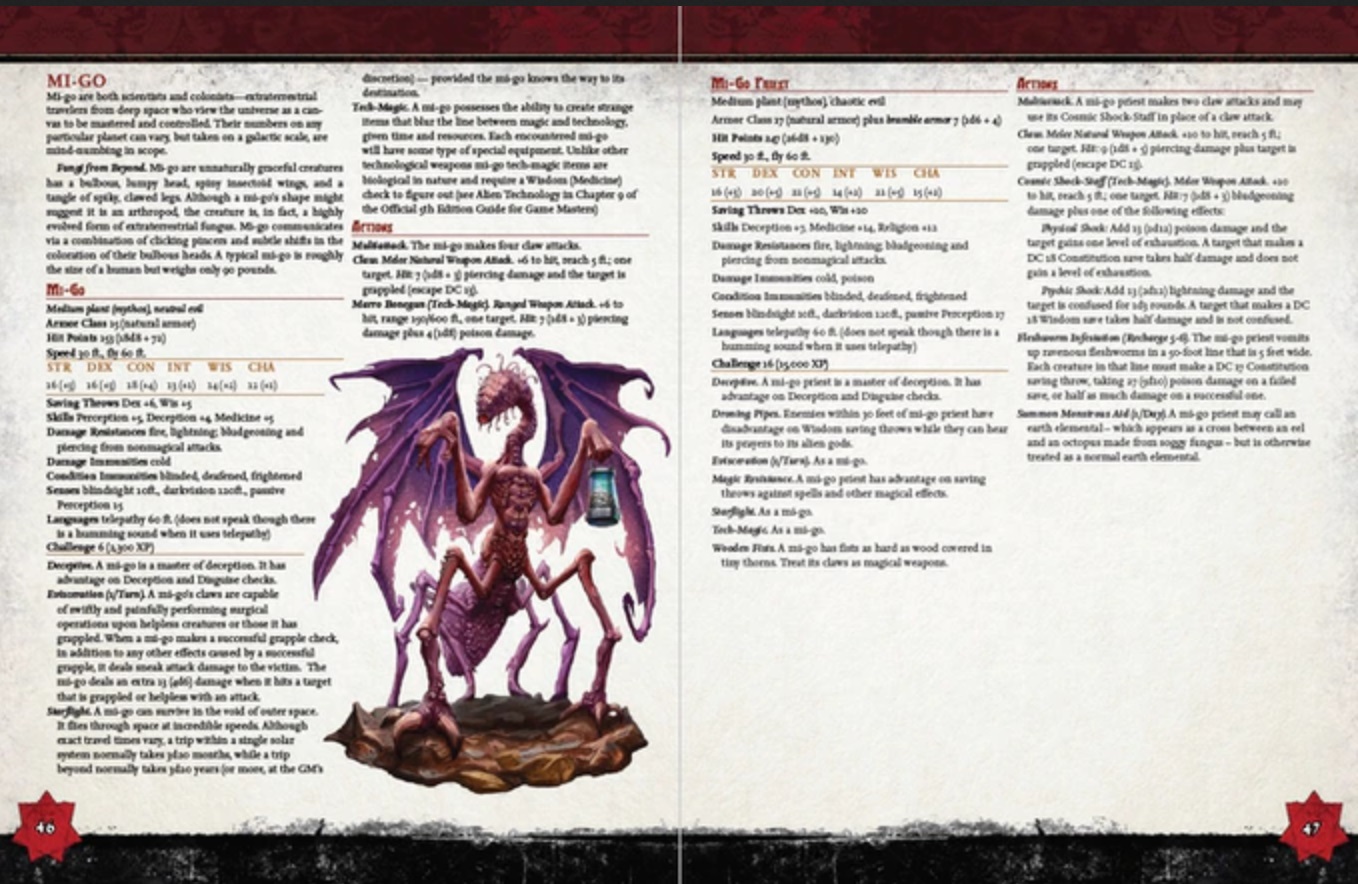 Which is a difficult prospect, because D&D and horror don’t normally mix–but this marriage of cosmic horror and pulp fantasy is one of the backbones of Dungeons & Dragons, who takes much of its inspiration from the stories of Rbert E. Howard’s Conan. And if there’s one thing the Cimmerian who would eventually wear the jeweled crown of Aquilonia loved to do more than celebrate his gigantic mirths and melancholies, it was to kill horrors that crawled out of the mind of Howard’s friend Lovecraft. 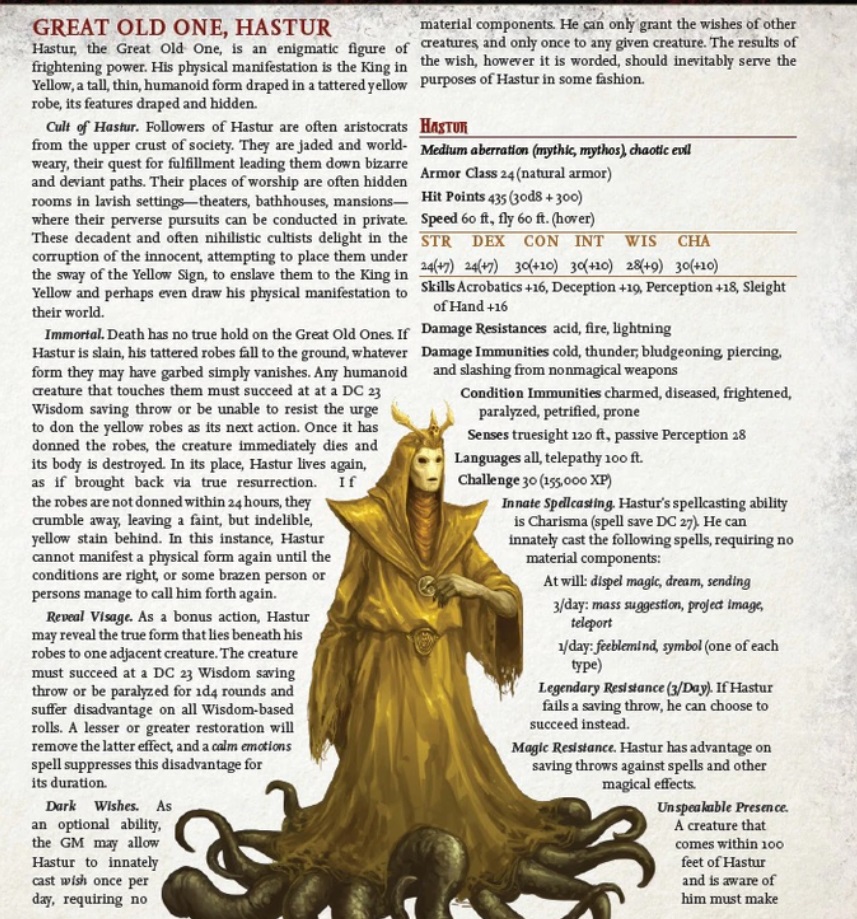 He did it all the time. And now, your own party of adventurers can follow in those leather-sandaled footsteps, taking up arms against mi-go, faceless stalkers, the denizens of Leng, and even (or especially) the Great Old Ones. Why mention this now? Because Legendary Games’ turnaround time was on the ball, and the book became available on DriveThruRPG not long ago. Check it out below! 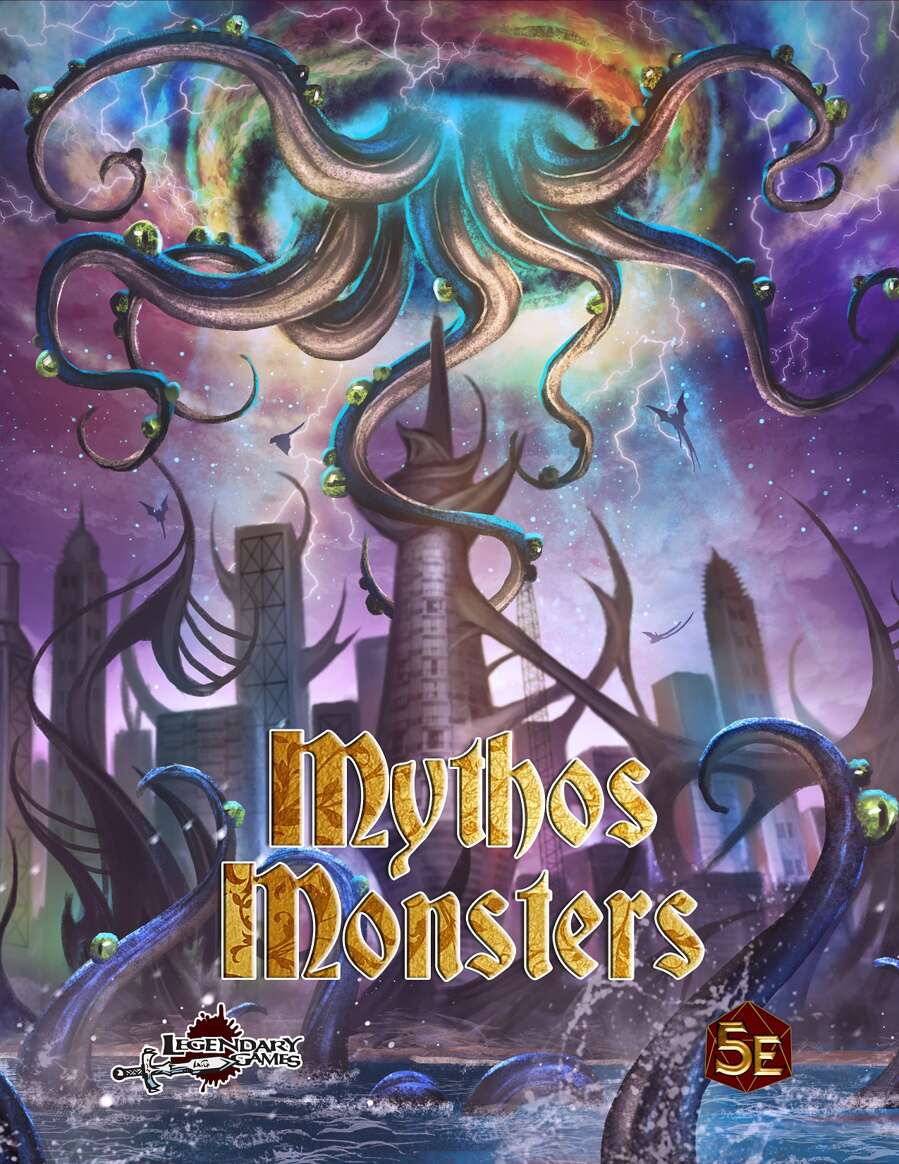 Terror from Beyond the Stars!

Mythos Monstersbrings over 40 eldritch abominations from the dark places beyond the stars to your 5E campaign, with beautiful artwork for every one! Unleash the mind-bending majesty of the Lovecraft mythos on an unsuspecting world, with mythos minions like the deep ones, faceless stalkers, and the hideous hybrid blood of Yog-Sothoth and inhuman horrors like shantaks, gugs, nightgaunts, and the hounds of Tindalos, or terrifying titans like bholes, primal shoggoths, and flying polyps. Their unfathomable plots are guided by monstrous masters like the mi-go, elder things, and denizens of Leng, or even two of the Great Old Ones themselves in dread Cthulhu and Hastur the Unspeakable. Plus, you’ll find tools and templates to turn ordinary monsters into pseudonatural xenoid monstrosities, with options for epic variants! The stars are right to pick up this spectacular 76-page monster supplement for 5th Edition and Make Your Game Legendary!