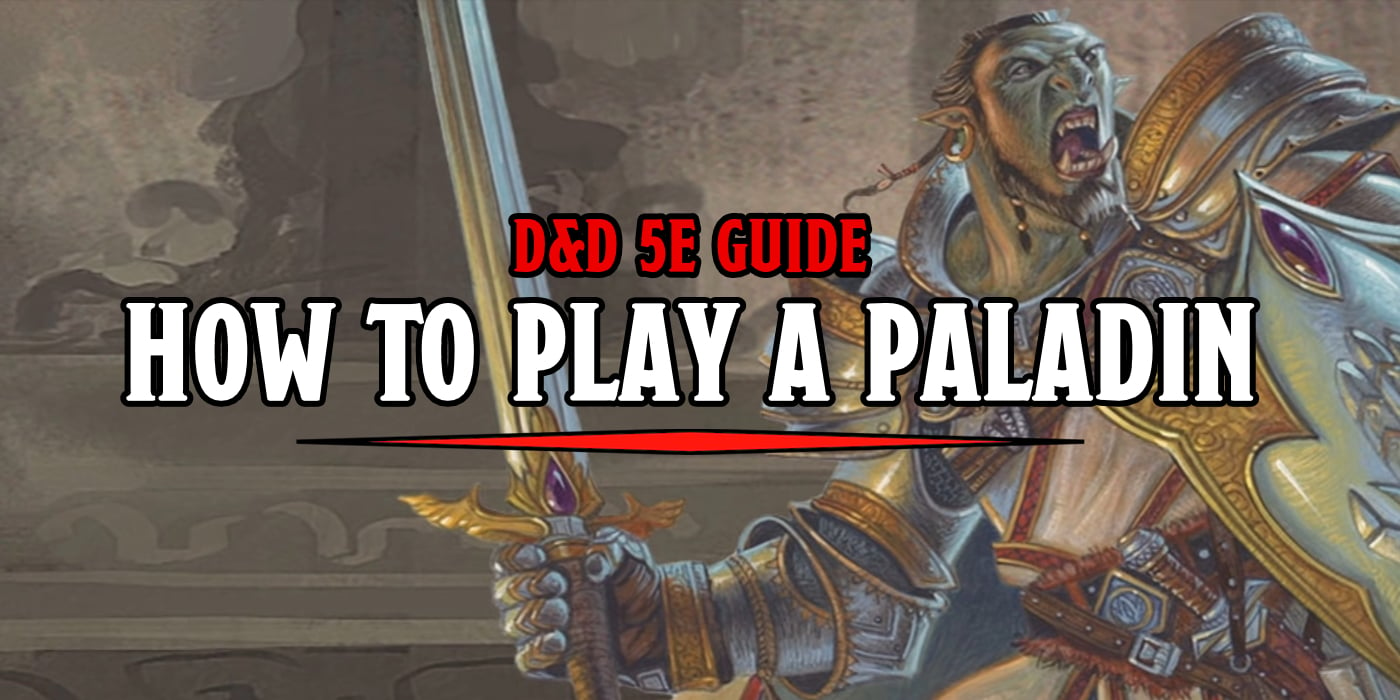 Full of holy power and sworn to an oath, Paladins are a popular class in D&D. Here’s where to get started when playing one.

Paladins are my favorite class in D&D. There’s a lot to love about them–they have a simple concept, a warrior with divine power, but can flavor it a number of different ways. They aren’t necessarily good, but they tend to be heroic types. Their abilities make them natural leaders and healers as well as warriors. You can play them offensively or defensively, and they always come with a built-in story in their mechanics. When playing a Paladin, there’s a lot to keep in mind though–you have great power but limited resources. Today we’re going to look at how to play a paladin.

The first thing you’ll want to do is figure out what you’ll be doing with the rest of your group, because paladins, more than many other classes, can anchor a party. Whether this is by being tough and able to protect the weaker party members, or by keeping everyone safe, or just dealing out more damage than you’d think is necessary. There are three main things to consider when playing a paladin:

Smiting is a paladin’s most visible tool in their toolkit. Starting at level 2 you can trade in a spell to do additional damage when you hit in combat. An early rules oddity that many new players might miss is that smiting happens for free whenever you hit. Meaning you can technically cast one of the bonus action smite spells like searing smite or the like, as well as use the divine smite ability to deal heavy damage.

And you don’t decide to smite with an attack until after you hit, so you’ll know if, say, you’ve got a critical hit, at which point you’ll want to pour on as much extra damage dice as you can.

Paladins have a difficult choice though. Whether to smite or whether to cast a spell can make or break a paladin. They have access to spells that let them accomplish a number of goals from supporting party members (or themselves) to healing to the occasional offensive spell depending on your chosen oath. Knowing what tools you have on hand is key for paladins. And most often outside of combat, you’d be surprised at how helpful those limited spell slots can be.

The other thing that every paladin can do is provide healing and protection to all, without even needing to cast a spell. Abilities like lay on hands and aura of protection mean you’re naturally good at protecting the party, and with your chosen Oath, you’ll gain more abilities. They can determine whether you’re a noble knight fighting for justice or a wrathful avenger striking out against the tyranny of the world.

The Oath of the Ancient is a bit like adding a Wizard or Druid to your Paladin. This is perfect for paladins who want to be a little more nature-y without any kings or gods. They are knights of light and life! And they’re struggling to protect the beautiful and joyous things in the world! Big mood. Acting with mercy and kindness, you’ll kindle the light of hope. Doing that will give you nature powers. Your Channel Divinity lets you ensnare your foes, and your spells let you lock down enemies. Nature can nurture… but it can also smite.

Paladins who follow the Oath of Conquest do not really resemble the traditional paladin. Instead they use fear and conquest to try and douse the flames of hope, ordering the world under their tyrannical rule. Practically speaking, this is all about hampering your enemies at every turn, taking them out of the fight long enough for you to deal with threats one by one. Their spells are very “overlord-y” too. It’s like adding an evil cleric to your paladin–lots of fear based powers that can isolate or lock down enemies.

Oath of Devotion paladins are the most traditional paladins out there. They follow the tenets of honesty, courage, compassion, honor, and duty. Their spells let them protect the weak, plus their other party members. And channel divinity gives them their Charisma bonus to their attack roll as well, so you’ll definitely hit. It’s real straightforward. But it’s great for the beginning paladin who wants to do a little bit of everything and still feel cool.

Swearing an Oath of Glory means that your paladin is all about heroism and personal glory. Do you want to be the biggest and best himbo you can be? Oath of Glory is a great place to start. You believe in challenges and tests that hone the body, which means you’re extra fast and great at moving on the battlefield. Plus, you gain super strength with your channel divinity.

Paladins who swear the Oath of Redemption are given over to another path entirely. These resemble the other paladins least of all. They are all about peace, serenity, and The For–er–Wisdom. This one’s really interesting. Kind of like adding a monk to your paladin, this subclass really changes the class. It grants you more protective and de-escalation spells. Meanwhile, your channel divinity lets you discourage others from attacking by dealing damage back to creatures who damage your friends.

Finally, for paladins who look outward to the stars, the Oath of the Watcher is all about protecting the mortal planes from otherworldly threats. You swear to basically be a cosmic superhero–focused on stopping threats from beyond the stars. With your spells, you can ferret out secrets or deal extra damage to aberrations and other-otherworldly threats. These paladins feel a lot like the type you’d play if you belong to a secret order of supernatural hunters.

And finally the Oath of Vengeance is for paladins who like the idea of all the damage that paladins can do, but want to focus it on dealing with a single, powerful enemy. You can designate a target and take it out of the fight with your magic. Or you can give yourself an advantage against an enemy you vow enmity against. Your spells are dedicated to helping you track down your target and deal damage.

At any rate, that’s the Paladin. A diverse, yet focused class that can hold down a party in their own right. They’re unstoppable when backed by an awesome team.

That Time TSR Sued The Internet Over Dungeons & Dragons - Prime 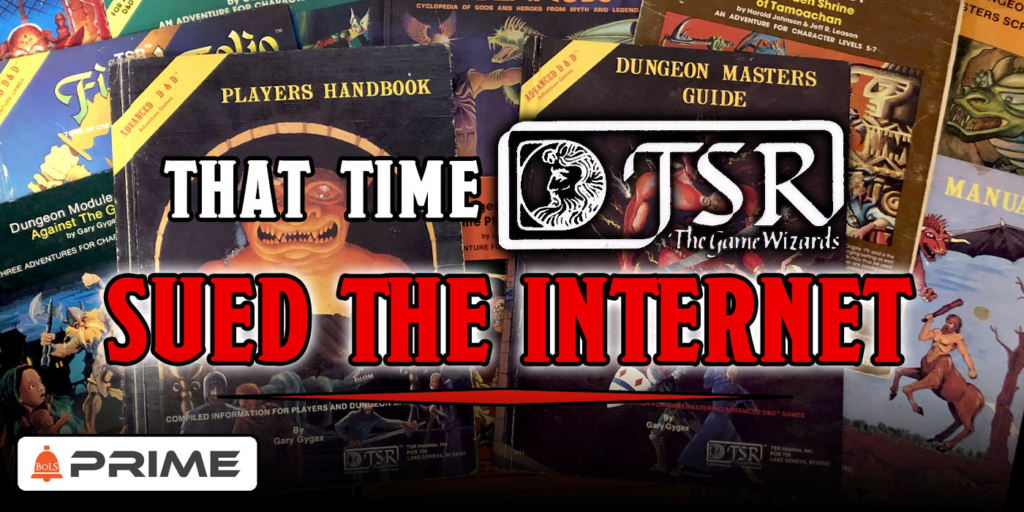