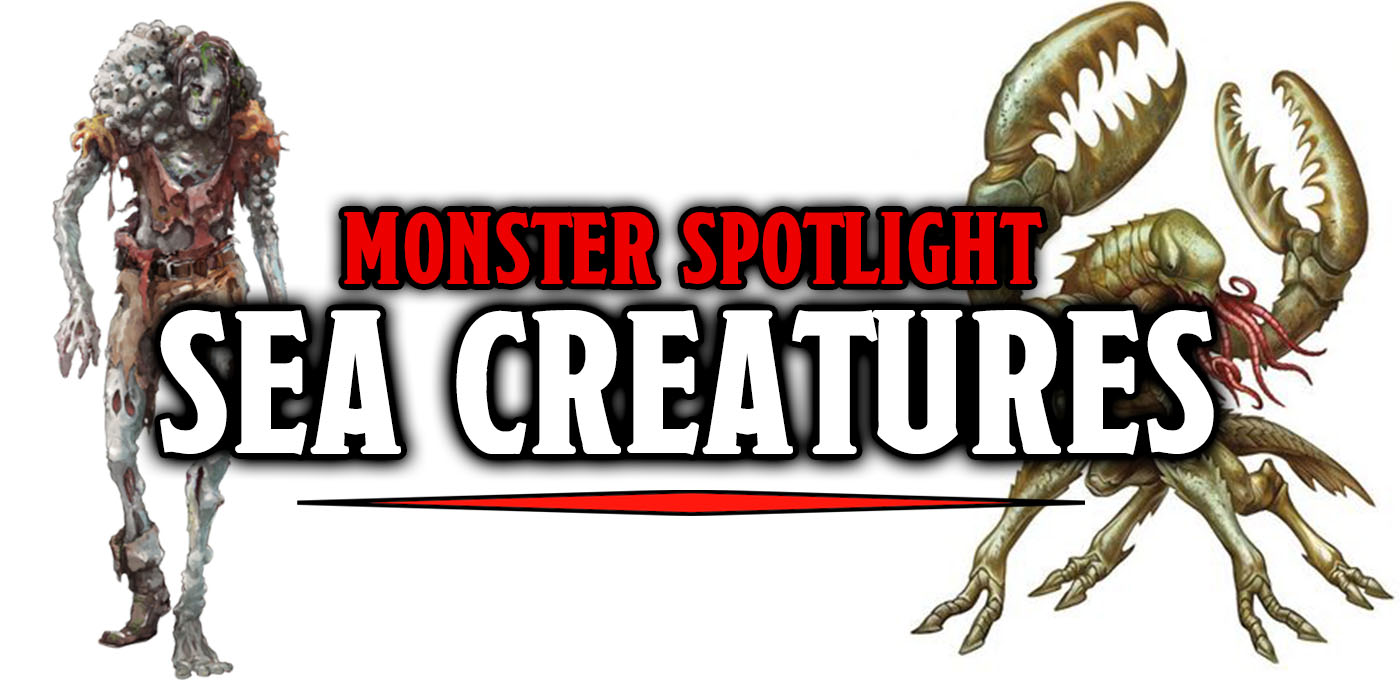 The real-life ocean is scary and full of creatures we haven’t even discovered yet, but the D&D oceans are a thousand times more terrifying. 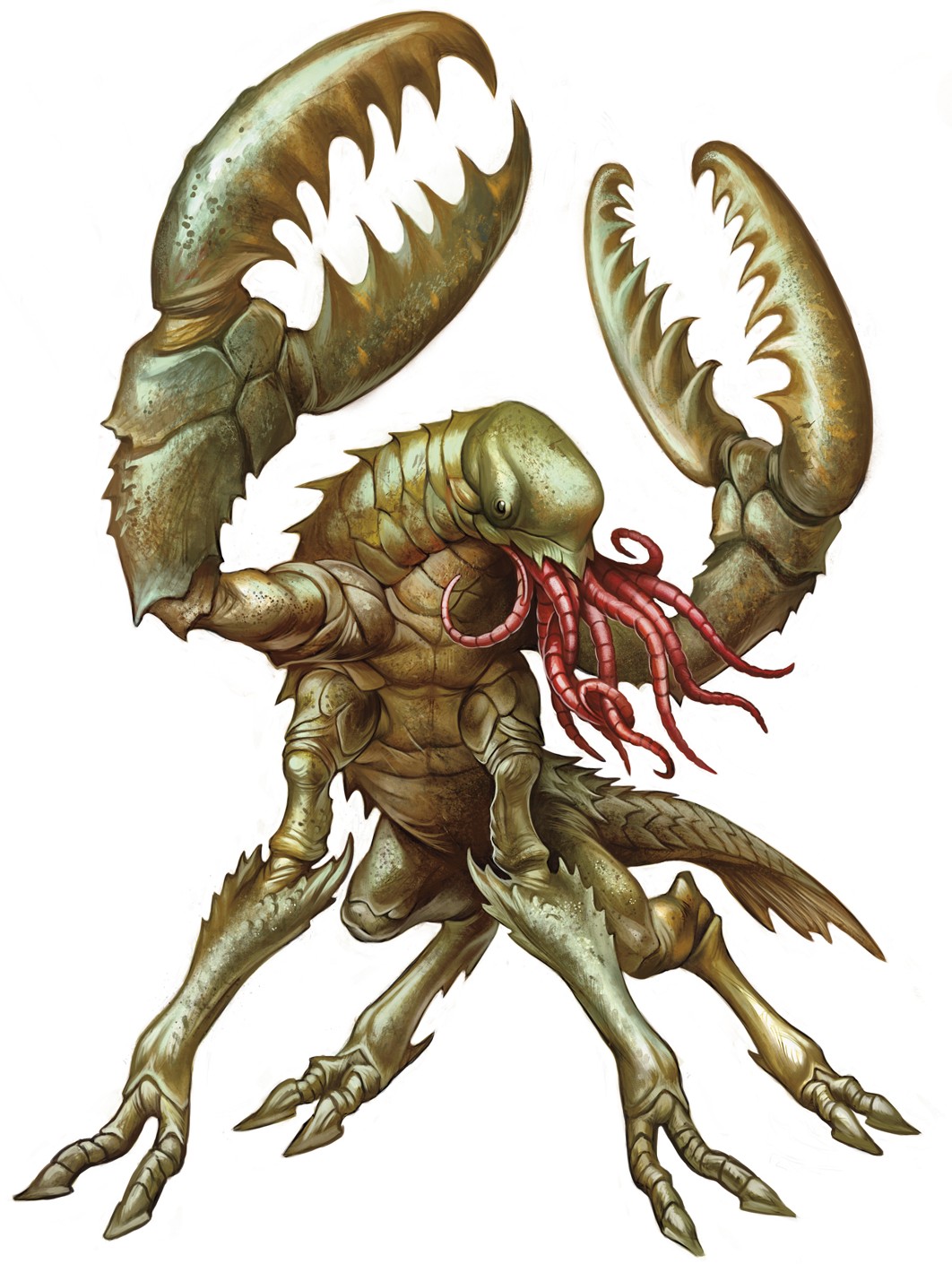 These lobster-like creatures look like the combination of ever quintessential terrifying sea monster feature you could think of. Exoskeleton? Check. Multiple legs? Got it. Face tentacles? You know it. Giant claws? Why wouldn’t it?! And, to make your entire adventuring party think twice before going anywhere near water, Chuul are known for their hatred of surface dwelling humanoids. Usually sticking to shallow water and shorelines, Chuul aren’t the best swimmers and prefer to engage in combat on land or in very shallow water, so while these aren’t creatures you’ll need to worry about if you’re sailing from one place to another, your party may want to think twice about that beach day. 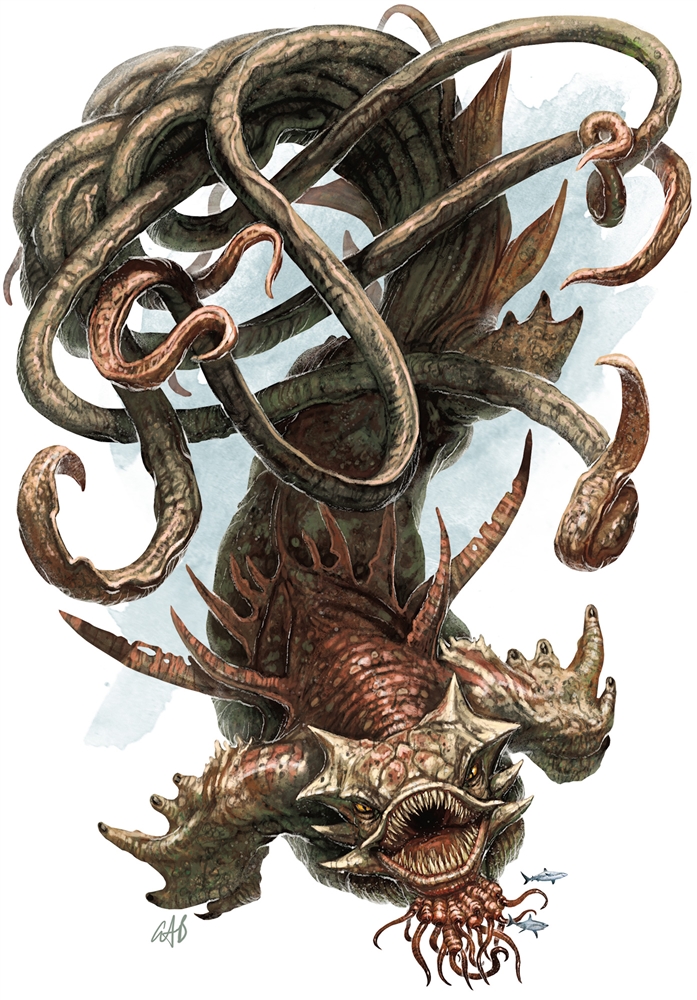 For boat trips, your party will want to worry about a run in with the Kraken, however. Sort of like giant squids but much worse and much more malicious, Krakens are about a hundred feet long and four thousand pounds of boat crushing tentacles and teeth. In tropical and temperate climates they have been known to pull an entire ship beneath the water and wipe small islands of life, but their go-to move is usually hiding below the surface and pulling potential meals underwater to be eaten in one gulp. 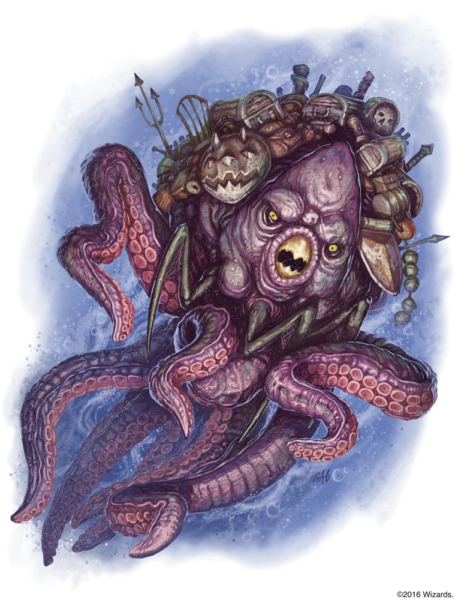 These creatures are a little like the evil manatees of the D&D world; roughly man sized, early descriptions suggested they may be humanoid. That is, until adventurers started noticing all of their tentacles, their sharp teeth, their squid like beaks, and even their hypnotic powers. They have no love for treasure themselves, only caring much for the source of their next meal, but they will bait potential victims with riches and jewels. Morkoths aren’t particularly loyal to anyone, engaging in subterfuge and prone to betraying allies they see as lesser, but never Krakens. A Kraken the Morkoth will grudgingly respect and offer to assist in exchange for food. 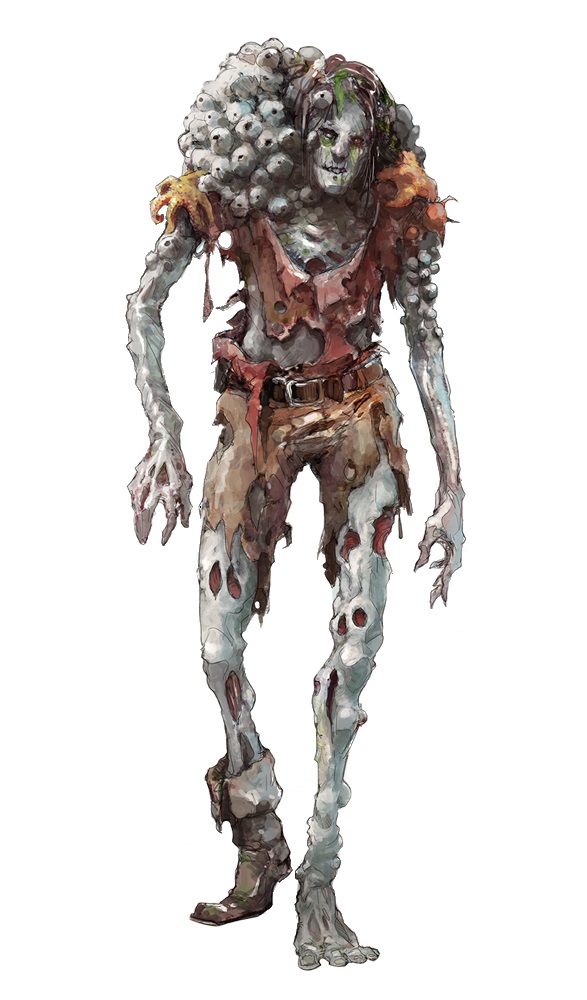 Also known as “drowned ones,” Sea Zombies are the undead corpses of humans who died at sea and arose as zombies. They look exactly as horrifying as you would expect, bloated and water logged and often covered in barnacles or starfish. But unlike your average zombie, Sea Zombies possess free will and cunning. On land they are slow, but in the water these creatures have the upper hand, almost incapable of sinking and able to swim and move incredibly fast. Since they are smarter than your average zombie, drowned ones will often uses the weapons and skills they had in life, whether that be clubs, daggers, hooks, swords, or hand to hand combat. 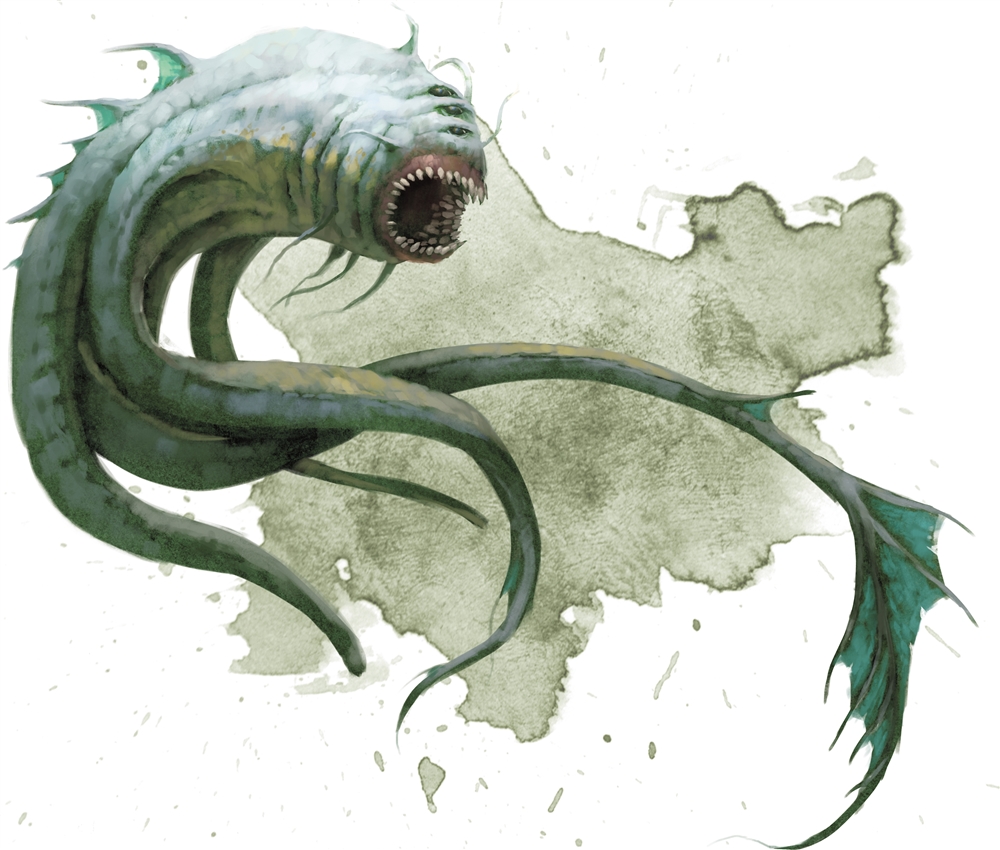 Vaguely Lovecraftian in style and terror, the Aboleths are a race of malicious, eel like monsters with psionic abilities. Going right from teeth to kills to tentacles, they average twenty feet long and more than six thousand pounds, but since Aboleths seem to be one of those animals that grow for their entire lives some ancient ones have reached upwards of forty feet. Though you may think their most terrifying feature is their lamprey like mouth of jawless teeth, what actually sets Aboleths about from other sea creatures are their psionic powers, their ability to create mindless slaves of potential victims, and their racial memory, allowing them to inherit all of the memories of their ancestors. They are a highly intelligent race of monsters and they use that intelligence to make servants and generally spread cruelty throughout the sea.

What’s the scariest sea creature you’ve encountered during your D&D sessions? Does your party enjoy a good ocean based adventure, or do you stick to the dry-land monsters you’re familiar with? Which aquatic monster or mythology is your favorite? Let us know in the comments! 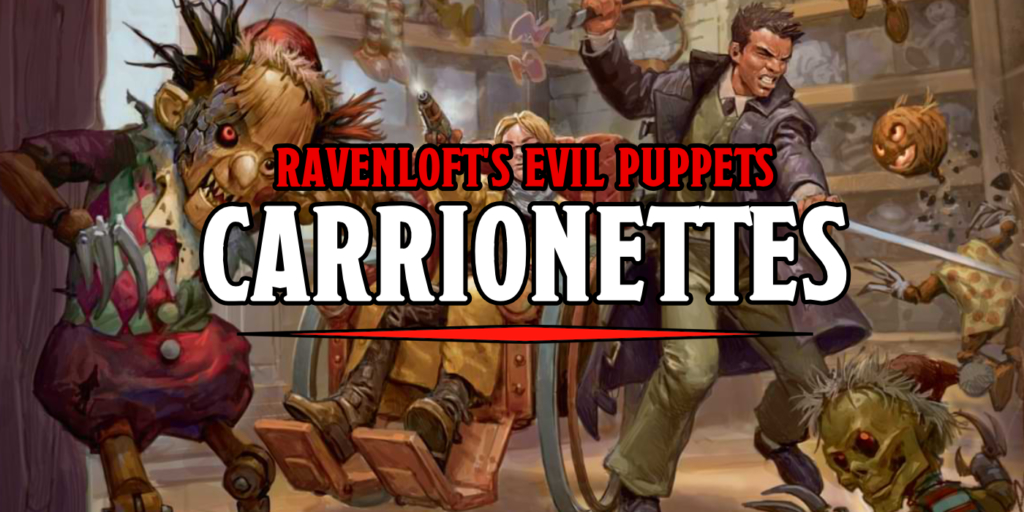