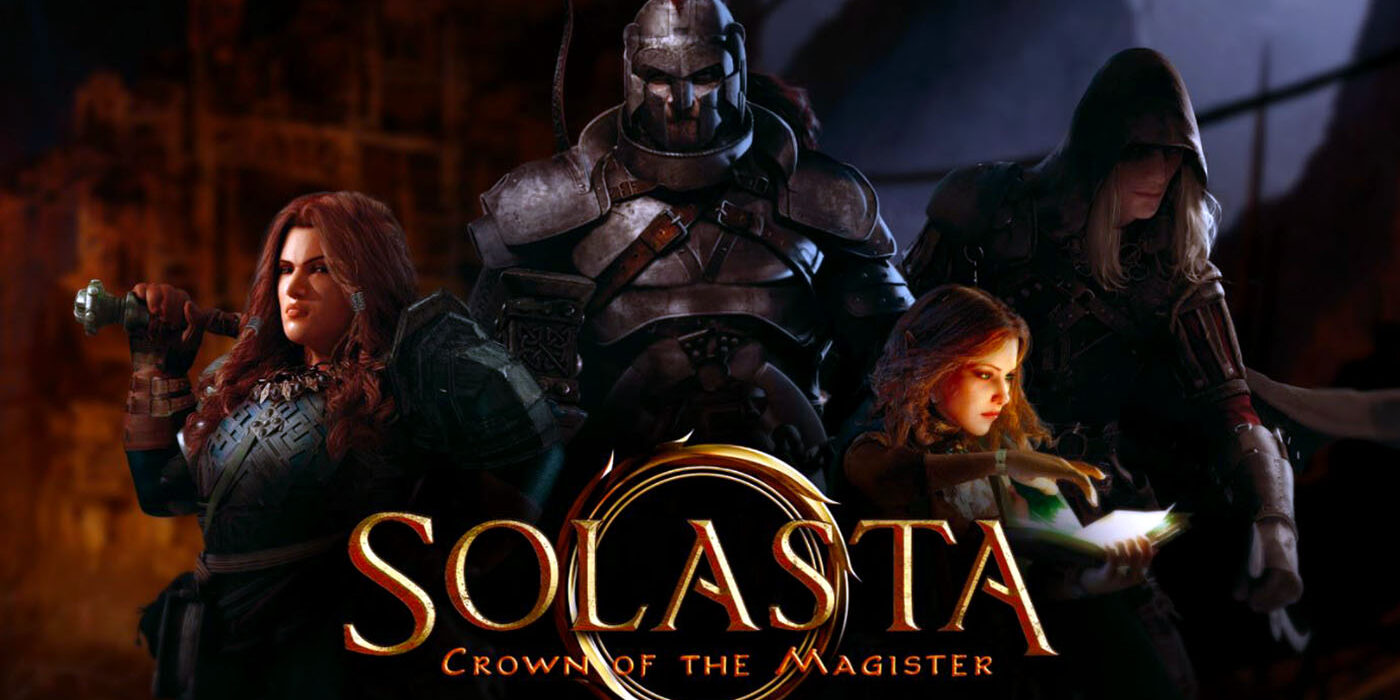 Solasta: Crown of the Magister is the single most faithful adaptation of 5th Edition D&D–and a top-tier dungeon delve–and it’s out today.

When it comes to video games, we all have our “won’t shut up about them games.” These are the games that you love so much, you look for any opportunity to work them into a conversation, and you turn into a sort of cartoonish parody of a human being when you realize you have the opportunity to recommend them to someone who has yet to play them. 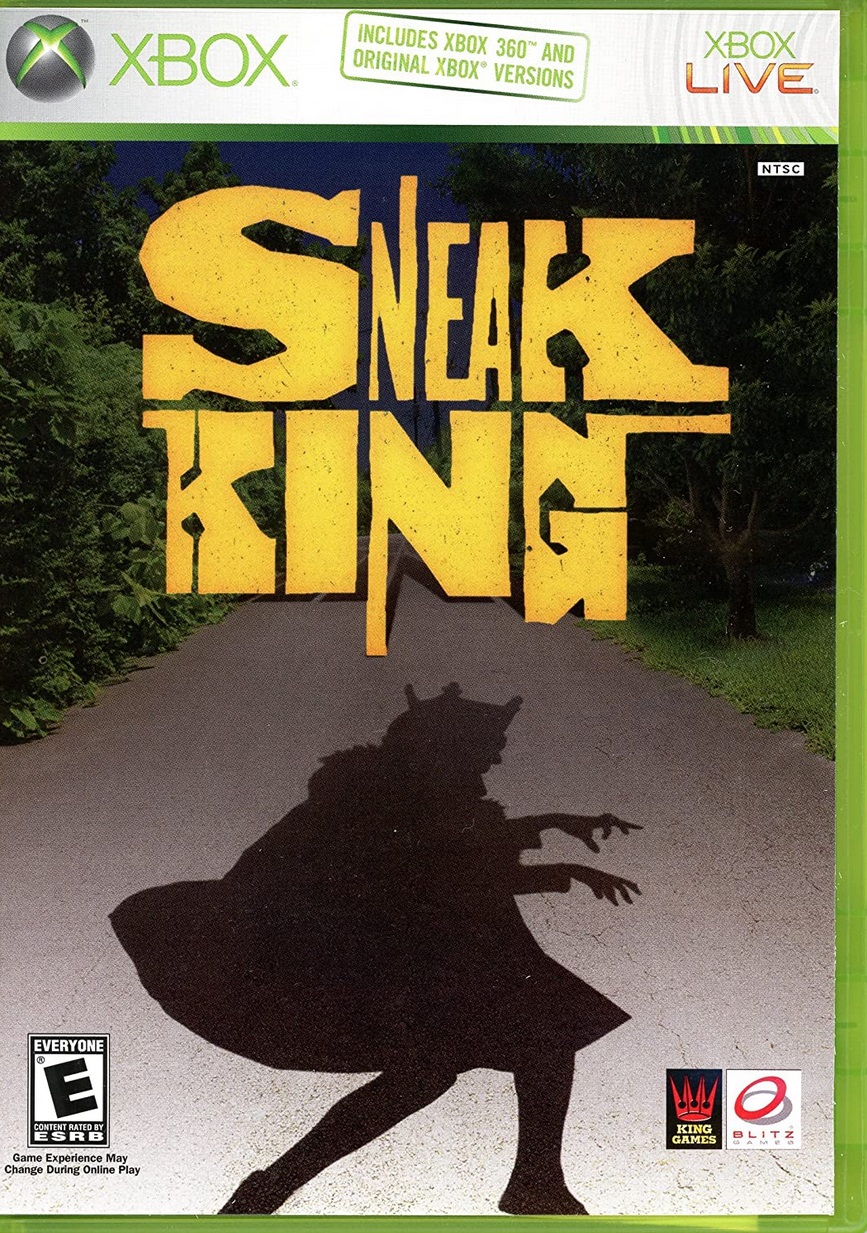 And it’s not even limited to games that are irrefutable masterpieces like Disco Elysium and The Outer Wilds (which is a hard one to have as a “not shut up about game” since it’s the best game you can’t talk about)–and seriously, if you haven’t played either of these, go do it now. Stop cheating yourself out of two of the best experiences you can find in gaming.

We’re talking games like X-COM: Enemy Unknown or that one Assassin’s Creed that you really like that stands out from the other series, which if I had to guess I’d say would be AC: Origins unless you fell in love with Kassandra, the best disaster lesbian in all of ancient Greece. What I’m getting at is the more time I spend with Solasta, Crown of the Magister, the more its tactical combat grows on me. It takes the mechanics of 5th Edition D&D and riffs on them in a way that none of the other D&D games do. 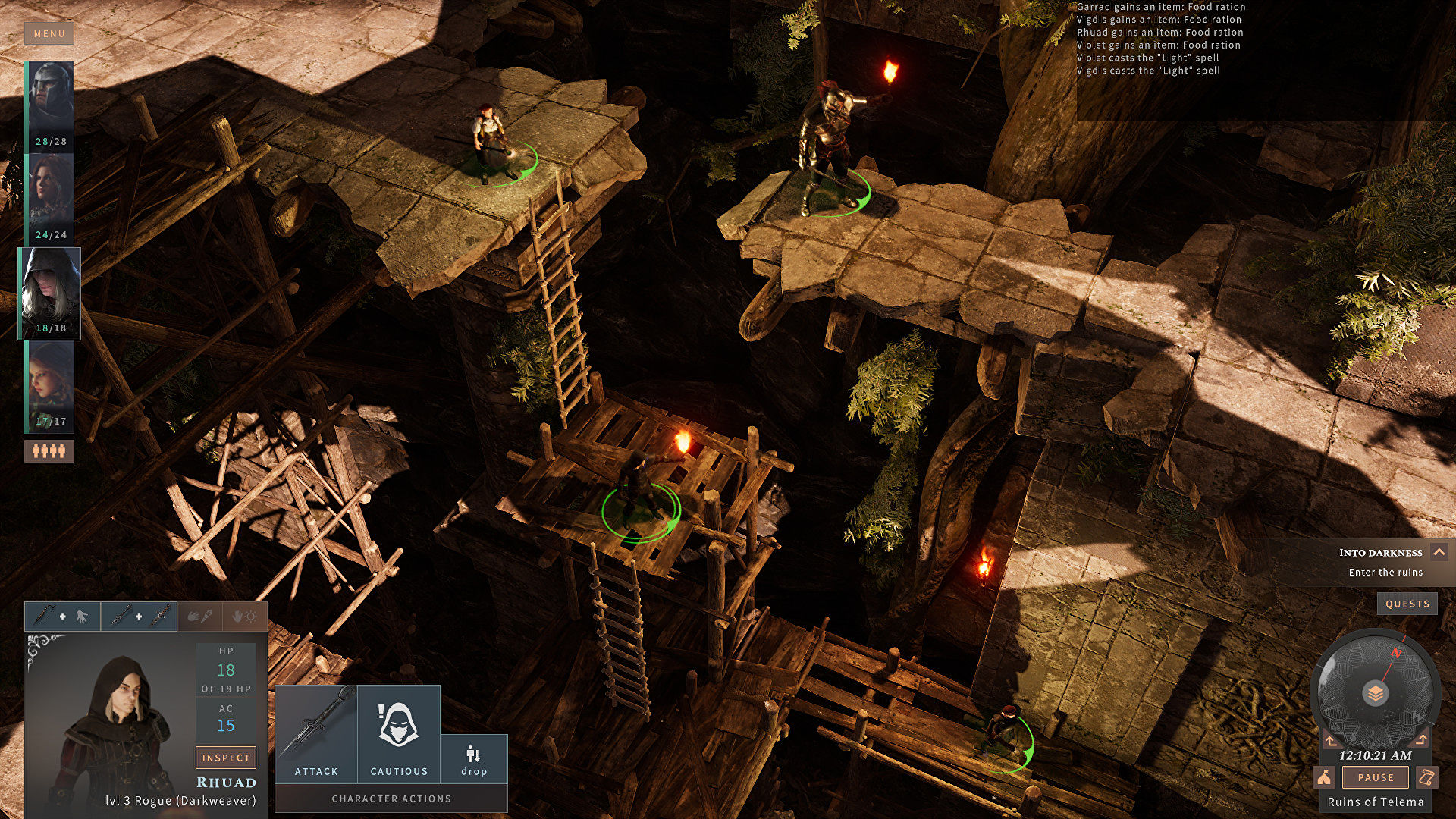 We’ve covered the game before while it was in its Early Access, and already it has a ton to offer. Like Baldur’s Gate 3, a lot of its level design involves verticality–but where it stands out is in the tactical options you get. There’s a moment from the second beta that stands out so strongly to me: my party of adventurers was moving through a tower deep underground and they came across a handful of giant spiders while advancing up a big spiral staircase. 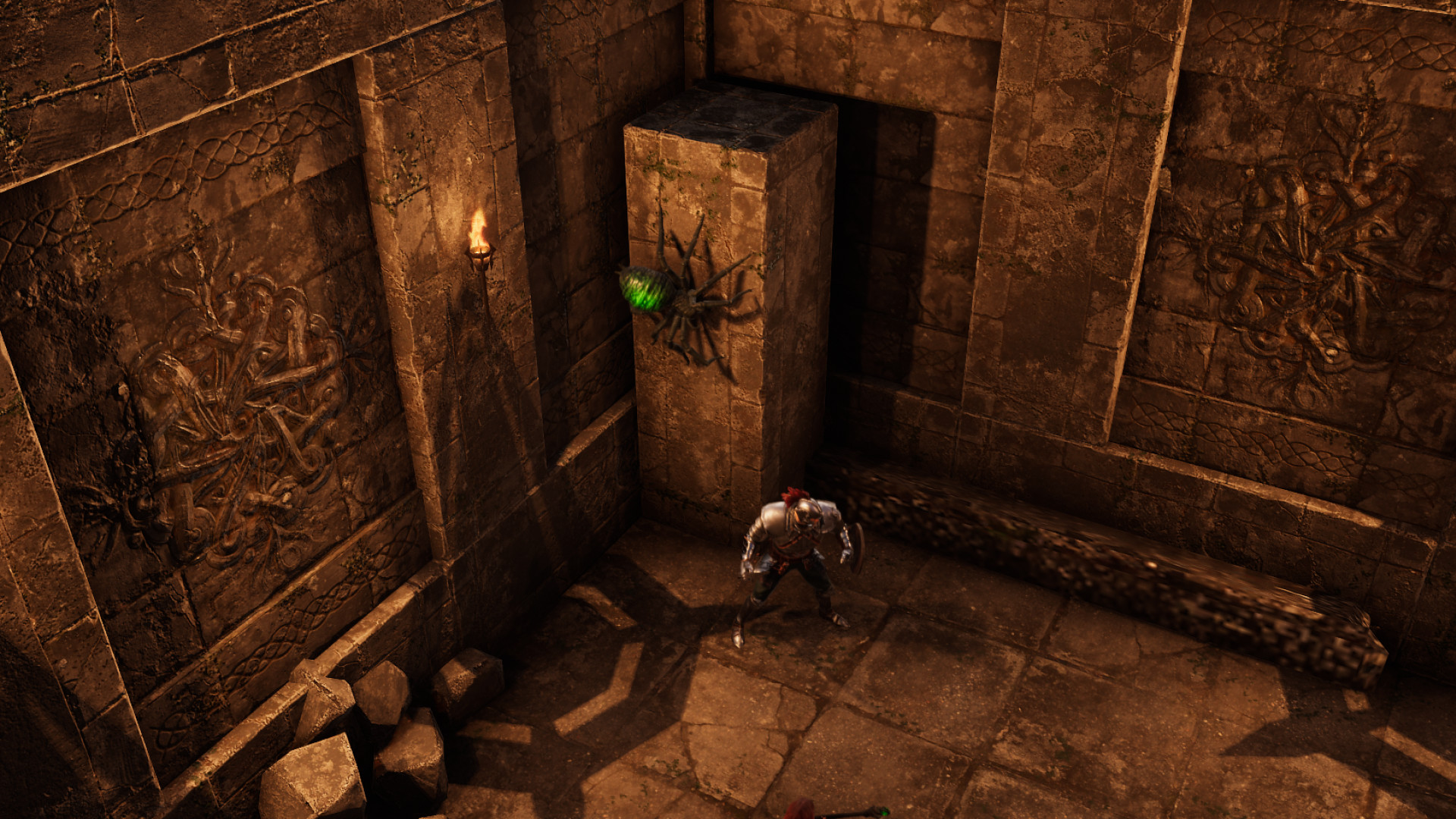 Now giant spiders, as far as monsters go, are fairly mundane. But this fight was one of the most dynamic fights I’ve ever had in a 5th Edition combat. The spiders crawled along the dungeon walls, out of reach, I had to have party members use attacks of opportunity and melee characters used ranged attacks for a little while. I shoved and pushed to get targets in range.

It’s all the grid-based tactical combat that 5th Edition hides carefully in its core. Because 5th Edition is very streamlined, you don’t always know why you’d want to push something around–and since you’re typically playing one character in a game of D&D, you absolutely want to do something cool on your turn and that tends to be hitting the giant spider with your sword. But controlling a party, it absolutely made more sense for the fighter to push the spider to be in range of the rogue who could devastate it with a sneak attack.

And it’s stuff like that that makes 5E shine in a way that I don’t think regular tabletop games of 5E can readily get at. Unless you’re used to playing incredibly tactical encounters, there’s a lot of advanced stuff happening behind-the-scenes that draws you in. I’ve seen other people describe the game as X-COM mixed with D&D and that’s pretty true. You have to get creative and you have to take unusual risks otherwise you get steamrolled.

And that’s just one encounter. Now that the full game is out, you can experience it for yourself and you can go through and create your own dungeons. There’s so much here–Solasta: Crown of the Magister kind of suffers in that it’s not an obvious D&D game. You hear Baldur’s Gate and you know, oh yeah obviously that’s some D&D. Solasta doesn’t have the IP from WotC to rely on, so they have to be creative. 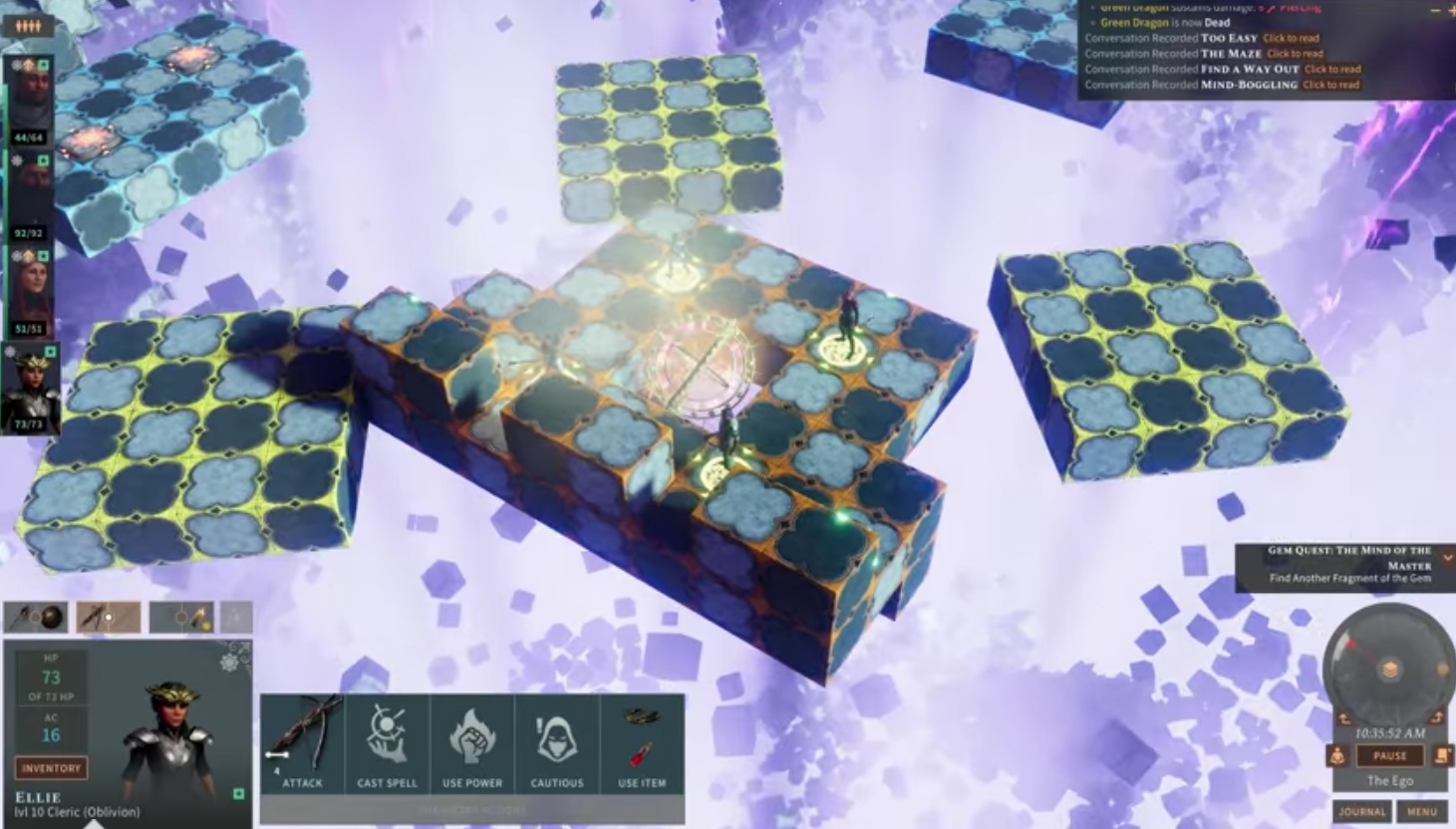 They have to take risks. And the game is better for it. If you want an awesome dungeon crawler, or you want to revisit what combat in 5E is like, or to expand your own encounter design horizons? Don’t sleep on this game. At $31.99 (Solasta is 20% off through its launch weekend) it’s a steal. 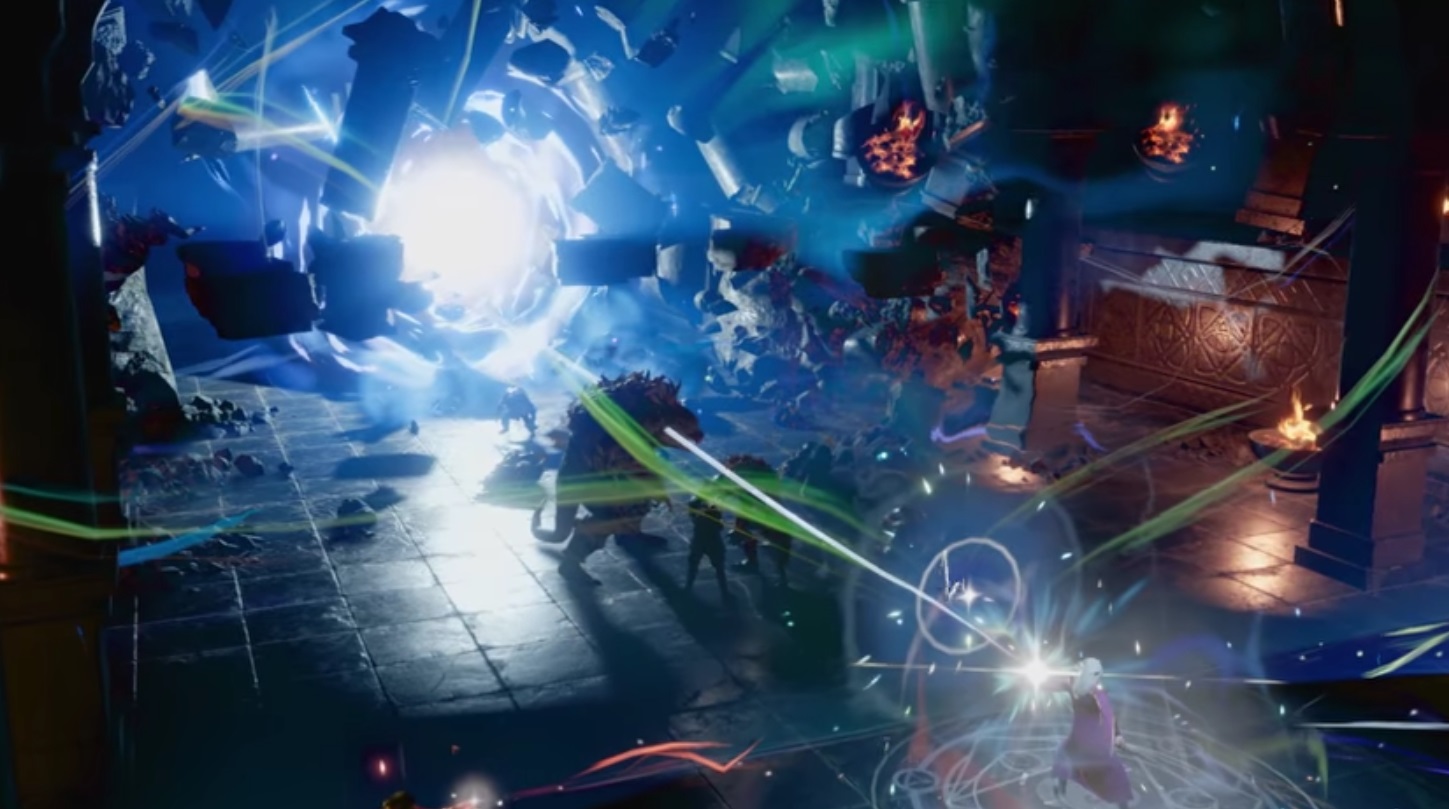 Yeah it doesn’t go up to level 20. Neither do most D&D games. It caps out at level 10 but what a ride it is. And there’s only more coming as the game continues to grow. We heartily recommend it. Find it on Steam, GoG, GamesPlanet, Xbox Live, or Humble Bundle. 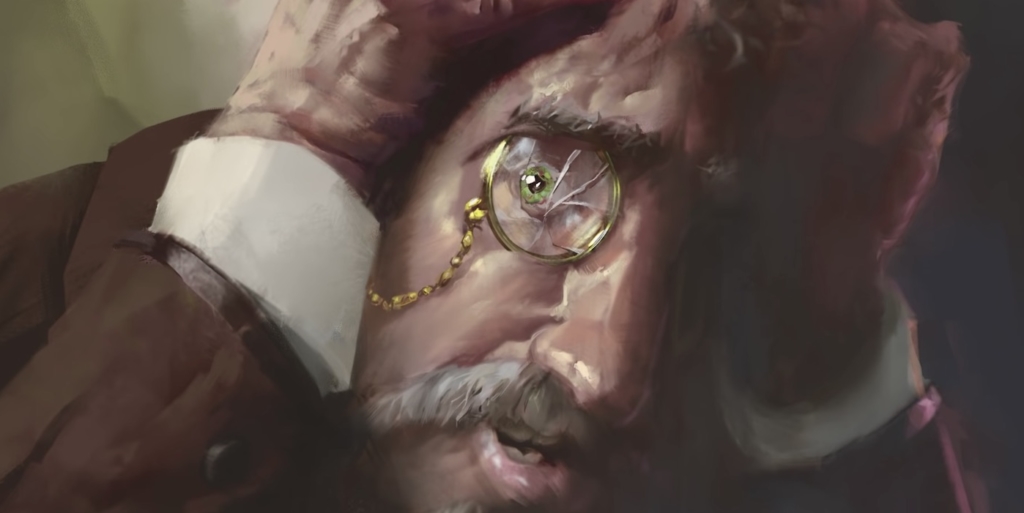