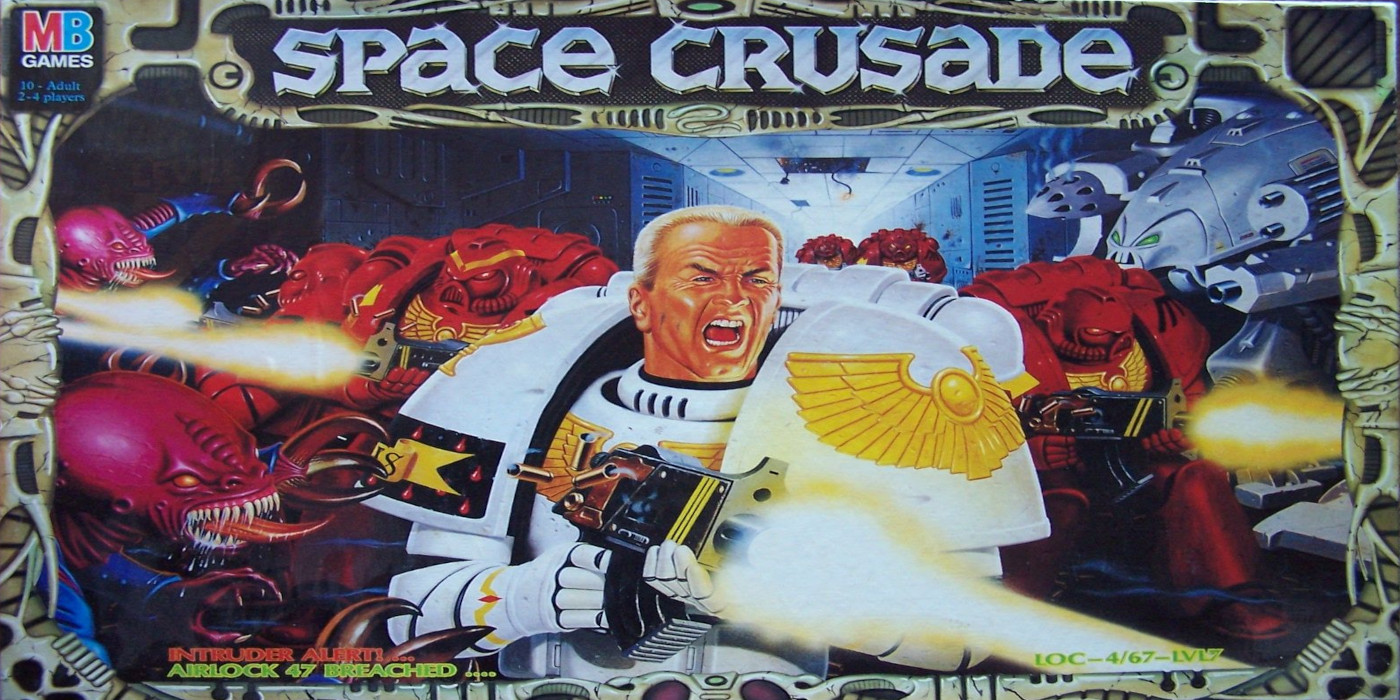 You probably know Space Crusade; It’s the HeroQuest of Warhammer 40k, right? The problem is that it’s a really bad game.

Before you go rushing to the comments and start ranting and raving about how wrong I am, hear me out. I’m not saying it’s not fun, because it can be. It can be great fun. It can be an exciting, fun adventure for players willing to play it that way. But when looking at the rules, game balance, and mechanics, it’s just awful. 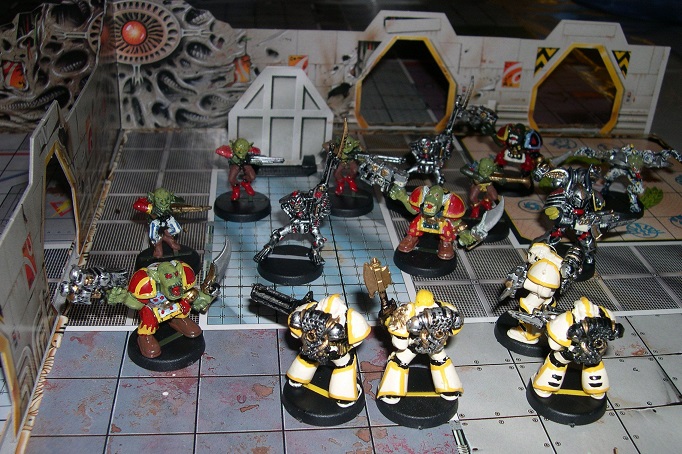 Released in 1990 by Games Workshop, Space Crusade pits one or more Space Marine teams against an “alien player”, who controls a mix of Chaos Space Marines, Orks, Not-Quite-Necrons, and more. Which brings us to the first point in this game’s favor: the miniatures are great. They have great variety, they have modular equipment and weapons and there’s just a decent variety within the game. Plus, you get a Dreadnought! 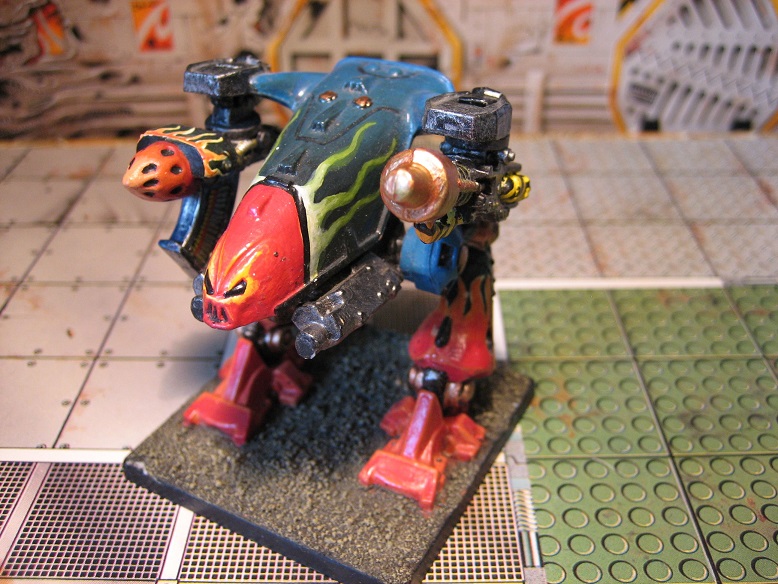 The game uses a Mission Book to determine how the game board will be set up, the Marine players’ objectives, and how many reinforcements the Alien player has. Within each mission there are certain objectives for each of the Marine teams to compete to complete. However, each objective and enemy killed is tallied in victory points, and it’s the player with the most points who is declared the winner of the game. And this is the crux of the issue with Space Crusade.

In HeroQuest and similar games, there’s a Game Master to set up the enemies, traps, and such. However, that’s not really the case here, although it might seem like it. The Alien player isn’t a game master, they are another player. They can win or lose just like the marines. On top of that, in typical dungeon crawlers, the non-GM players are working together. Also not the case in Space Crusade. Each Marine team is working for themselves. 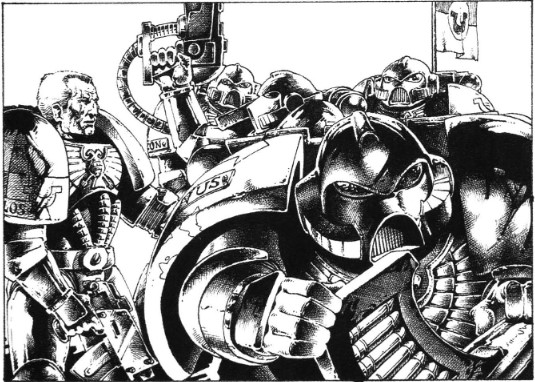 Ever played a typical free-for-all competitive game and everyone else is focusing on you and killing your troops, or stealing your resources, or outbidding you on everything, whatever the case may be? That’s the life of the Alien player in Space Crusade. It’s everyone versus you. “But!”, I hear you say, “the Alien player has way more troops and power than the Marines. That’s the whole balance of the game!” Ahh, true enough. But, it doesn’t quite work out that way.

In Space Crusade, each time a Marine enters a new section, the Alien player can place “some, none or all, of his remaining Blip tokens onto a board being scanned”. There is no mention of limits or balance depending on player count. So, especially in a two-player game, there is nothing stopping the Alien player from unloading literally every unit they have into the first room and swarming over the Marines before they can even make it out of their airlock.

“But!”, I hear you cry out again, “that’s just asking to be mowed down by gunfire and explosive heavy weapons!” …Is it though? The ranged attacks in Space Crusade are not great. Every attack uses either a white or red die. But the dice are mostly blank. Plus, ranged attacks have to deal with armor of the defender. So, there’s no guarantee you’ll be able to take out all the aliens before they have you surrounded, which is where the real problems start.

Unlike ranged attacks, close combat attacks are more of a roll-off, and they ignore armor. It’s simply your roll versus theirs and the loser takes damage equal to the difference. And when a marine is surrounded by gretchin, eventually one of them is going to get lucky and each normal marine only has 1 health. Remember that even with 2 heavy weapon dice, you have a 25% chance of rolling a total of 0 and completely missing. To make matters worse, if a Marine player tries to work around this by bringing a bunch of heavy weapons, each of those marines end up being worth more points for the Alien player who kills them. 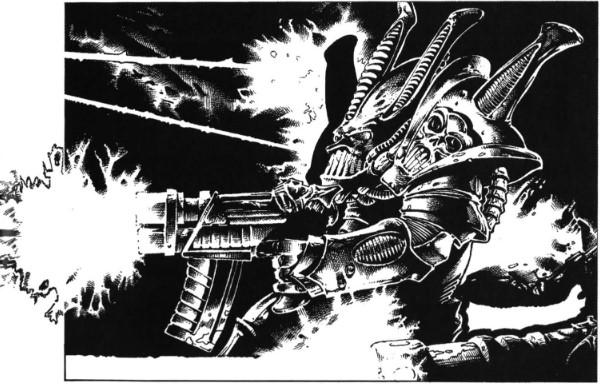 “But!”, a third time, “it’s best played with 3 or 4 players, so there are multiple Marine players, so the Alien player can’t just swarm the one Marine player!” True again, but that’s where things swing in the other direction. The Alien player has limited resources but they are required to place all their Blip tokens by the time the last section is scanned. This means in a 4 player game, they have to decide within the first round how to divide all of their units (minus some added reinforcements). This includes the Dreadnaught, which can be a total game deciding choice. Like in the literal first mission which has destroying the Dreadnaught as the Marines primary mission objective. So, where the Alien player decides to place the Dreadnaught gives a huge 30 point potential advantage to that Marine player. 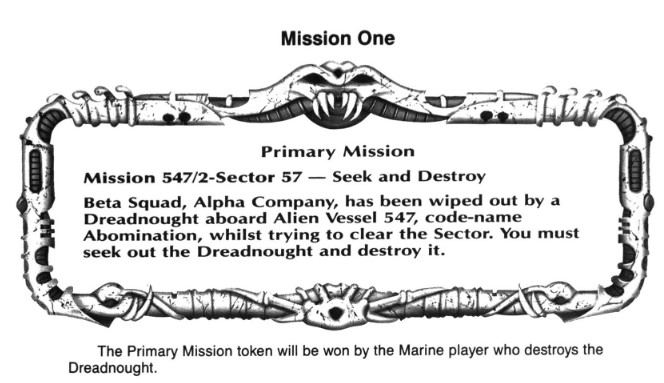 Before we wrap this up and everyone tells me how awful I am, I want to reiterate I don’t think this game isn’t fun. It’s hugely thematic. It has tons of customization options for the Marine players. It’s got tons of great minis. It’s got a really neat legacy level-up campaign mechanic. It has a lot going for it. But the core gameplay is highly flawed and very easily abused by players who would want to abuse the system.

…So don’t play that way. Honestly. I think that’s a great solution. Take the core game and make your own rules, create your own missions, tweak the balance to how you and your friends play. There’s nothing wrong with that. It’s your game, play it how you want to.

Or just play Space Hulk instead.

Do you like Space Crusade? Have you played it recently?
Did you play by the rules or did you make up your own?

Author: Matt Sall
Matt has loved games of all kinds his whole life: board, video, war, roleplaying. He's worked as a writer for BoLS since 2017. He's worked as freelance editor for board game rulebooks and has designed many of his own games as well.
Advertisement
Board Games Editorials Games Workshop Warhammer 40k
Advertisement 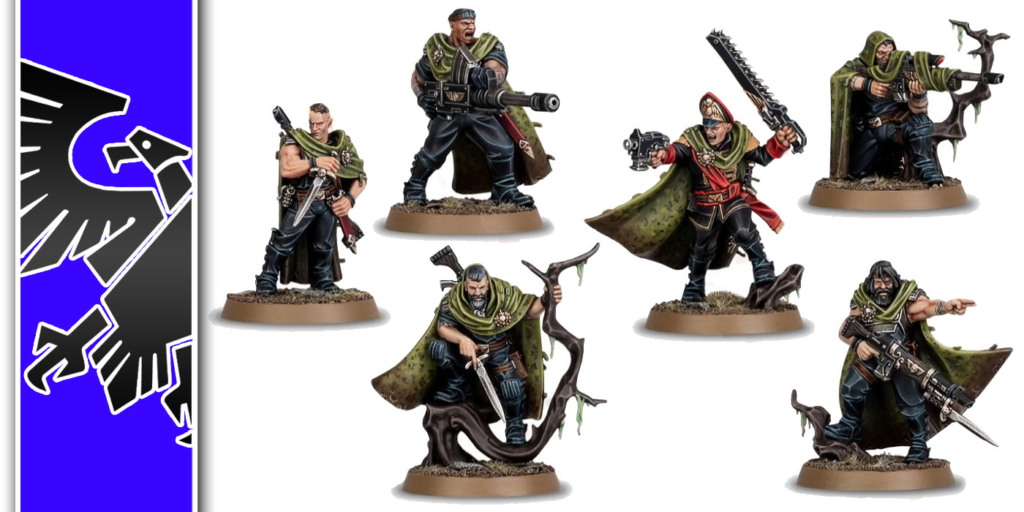