MTG: The Legendary Chef Of Modern Horizons 2 – A Name Too Big For A Mana Cost 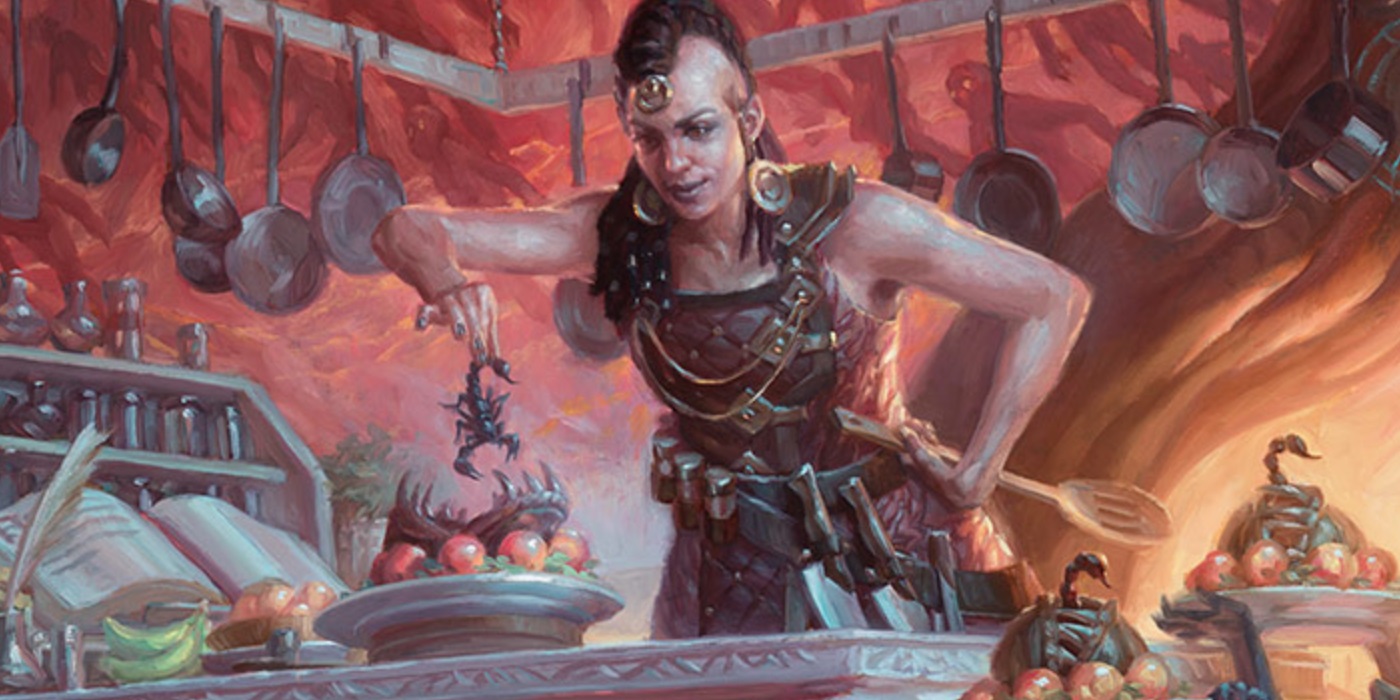 The longest-named card we’ve seen in a while makes a debut among the legendary cards of Modern Horizons 2. Hope you’re hungry.

Quick question? How would you pronounce Asmoranomardicadaistinaculdacar? I personally wouldn’t, but if you play red and black, you’ll absolutely want to because the legendary chef and creator of the most powerful Gastronomicon ever seen in this Plane or the next, The Underworld Cookbook, finally gets her day in the sun with the latest batch of Modern Horizons 2 spoilers. But before we get to those, let’s take a trip back in time, to the very first edition of Magic. 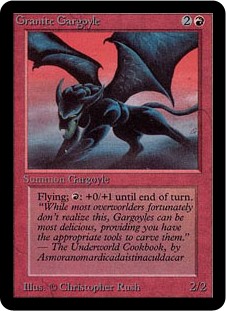 The year is 1993, WotC hasn’t begun to dream of printing enough money to outright buy D&D yet, Richard Garfield is getting told to stop eating Richard Lasagna by Richard Jon Arbuckle, and the Granite Gargoyle, one of the rare red cards out of Alpha, identifies a rather twisty name: Asmoranomardicadaistinaculdacar, creator of The Underworld Cookbook, and presumably an epicure of some infamous renown.

As often happens, this name–which is designed to be the length of a card (note that it takes up the entire width of the flavor text box), became a much-beloved joke and reference throughout the years. Asmoranomardicadaistinaculdacar got to star in a short story, Chef’s Surprise, which detailed a seven-year term of servitude to a Lord of the Pit preparing food. Asmoranomardicadaistinaculdacar became renowned for making a meal out of anything. Now, she’s a card in MH2–but one that came with its own challenge. As the WotC design team revealed:

“No mana cost is literally the only way that this name will fit in the title bar.” 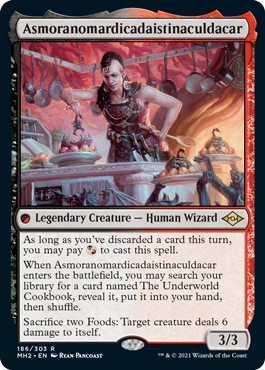 And indeed, Asmoranomardicadaistinaculdacar does not come with a traditional mana cost. The only way she can be cast is to discard a card this turn. But, if you can manage it (and note, Commander players, she can be cast from the Command Zone), you’ll also get the Underworld Cookbook, which is a bonus spoiler here: 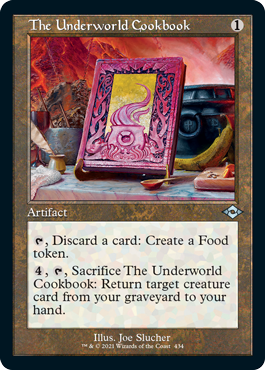 And you’ll be making meals out of your opponents’ creatures. Although rather they’ll be making meals out of themselves for practical reasons: the team couldn’t fit the full name once more in the mechanics text, so the creature deals damage to itself. Just like how you sacrifice two Foods not Food tokens. Which means theoretically there could be more Food out there. Which might not be that unlikely considering that Asmoranomardicadaistinaculdacar plays a big role in MH2. You could say she brings a lot of, ahem, flavor in the set. Especially with cards like Discerning Taste: 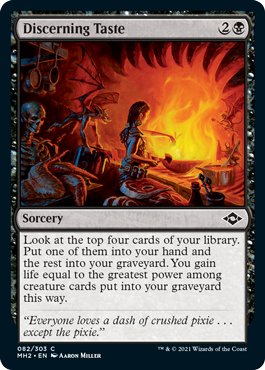 Which will bring your big creatures into the Graveyard faster so you can unearth them with The Underworld Cookbook.

Okay but really though, how would you try and say the name? Is there going to be a judge ruling at some event somewhere down the line along the lines of “taking off your pants is a special action”? Are you going to have to be able to pronounce the card name? Let us know what you think in the comments.