Warhammer: Fimir – The Horror of the Mists 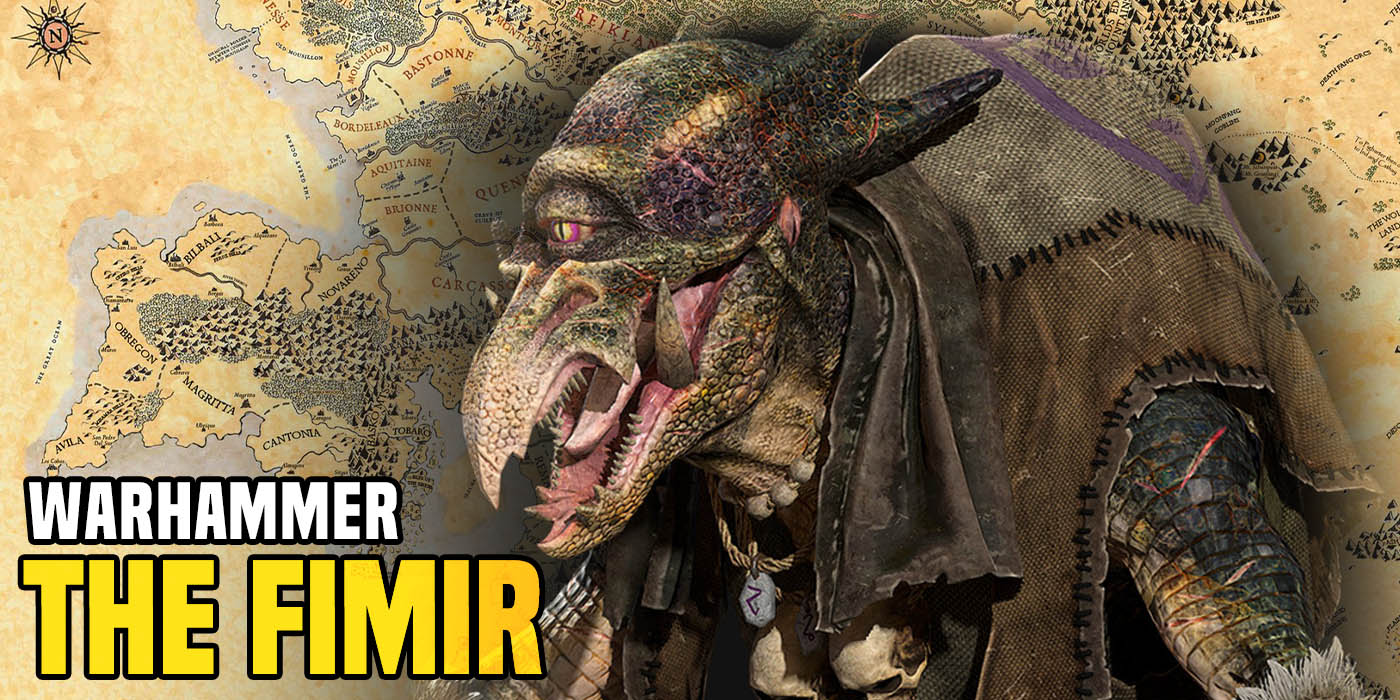 Once long ago, a dread race inhabited the bogs and swampy mists of the Old World – the Fimir. Let us hope they never rise again.

The Fimir are amphibious humanoid monsters that haunt the bogs, fens, and desolate moorlands throughout the northern and western Old World. Nearly immortal, an average Fimir can live for several hundred years, a Dirach for twice that and a Meargh for thousands of years.

The most distinct feature of the Fimir is the single, sinister amber or milk-white eye in the center of their head. The extended mouths of the Fimir are filled with sharp teeth, and their tails are tipped with bony clubs if they are warriors, slashing blades or spikes if nobles and smooth if Dirach. Meargh are unique also in having hair on their heads. 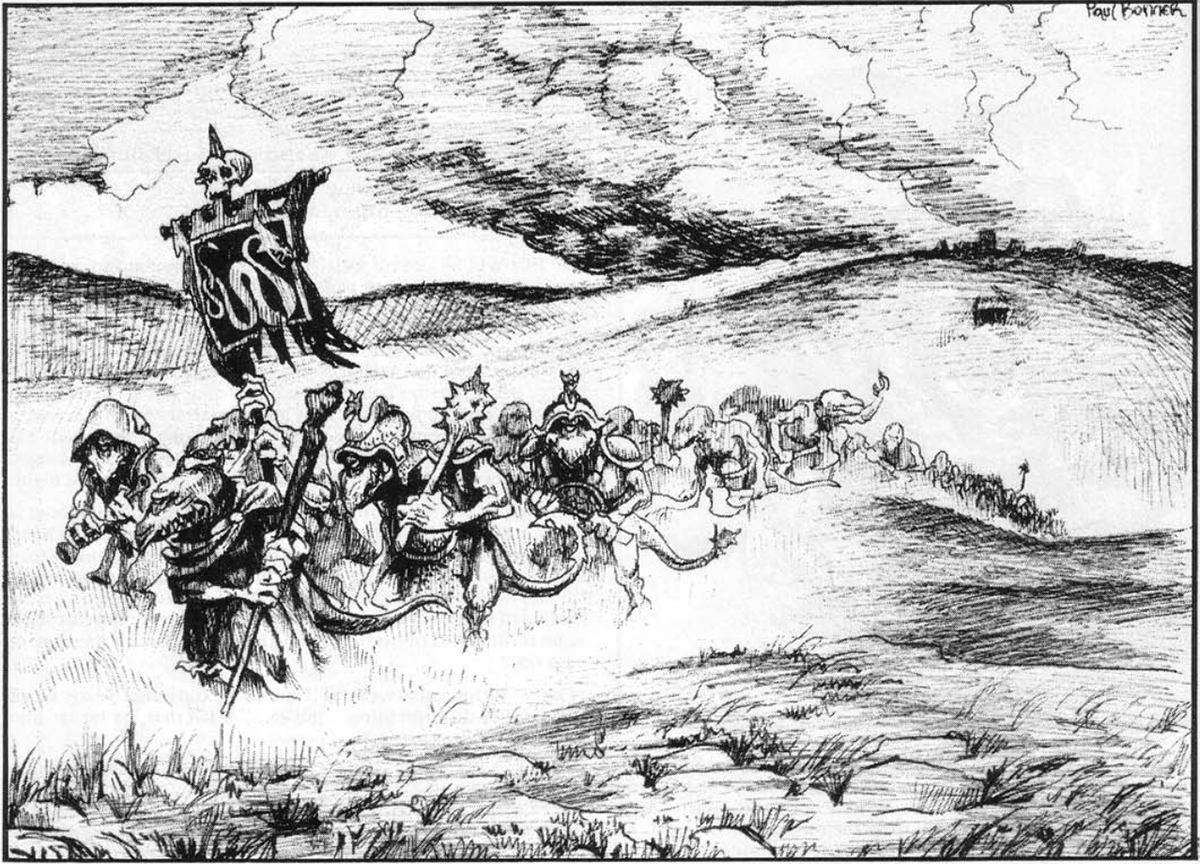 The Fimir are ruled by the Meargh, powerful Wizard-Queens who seldom venture forth from their fortresses. Below them are all the males, the highest of which are the Dirach, sorcerers who often lead raiding parties. The warriors of the race are called Fimm, and their slaves the Shearl.  They dress in a similar manner to humans but always ensure their legs, arms, and tail are kept free, warriors often wear chainmail, and nobles favor garnet gems in the broaches that fasten their cloaks. 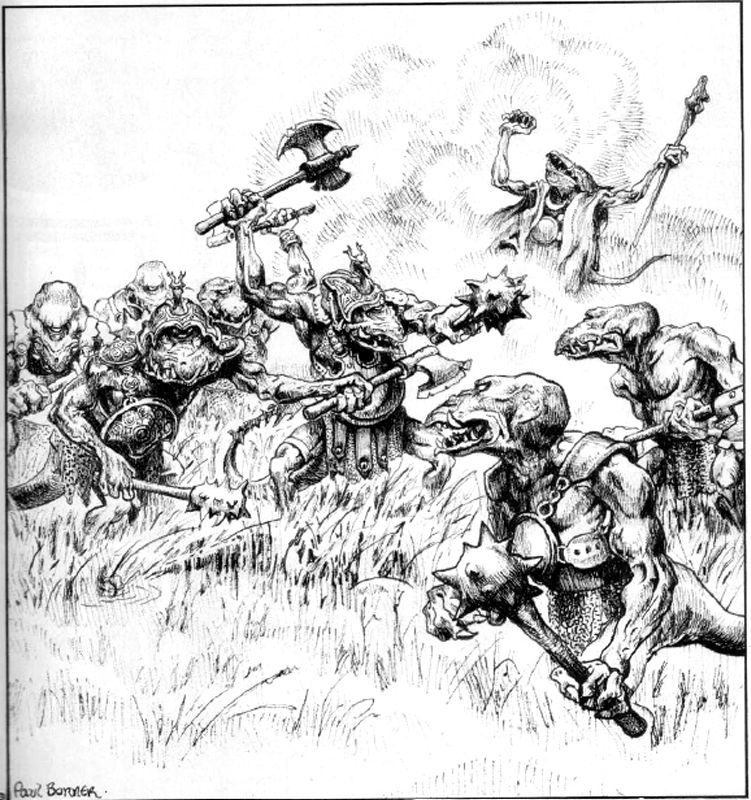 The Meargh or Witch-hags are the only female Fimir and it is they who rule the clans. Each is an extremely powerful spellcaster and only one reigning queen will ever be present in a stronghold. Should another female be born to a captive, the Meargh may decide to bring her up as a daughter but in time the younger female must leave to create her own clan, usually accompanied by a small contingent from her former home If a clan loses its Meargh, her clan will disperse with the warriors going on a death-quest to find a new queen or die. 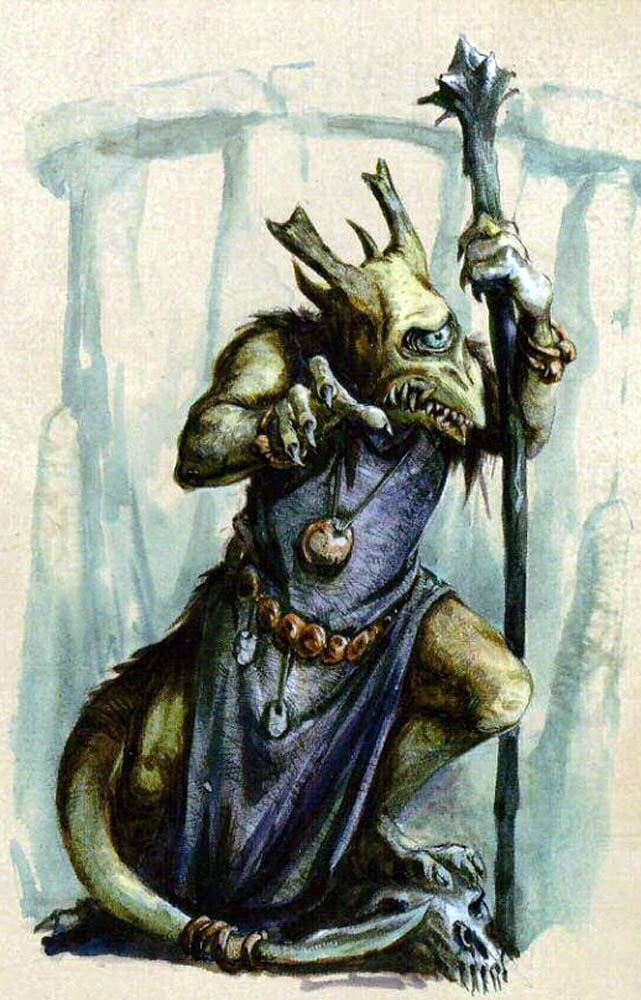 Also known as Fimir Balefiends, the Dirach are male Fimir wizards and Daemon summoners Their name means daemon-friend and they often accompany raiding forces or ally contingents. They spend prolonged periods in the lands beyond the mist hoping to destabilize the barriers between the Realm of Chaos and the world of mortals, hoping to regain the favor they lost long ago. 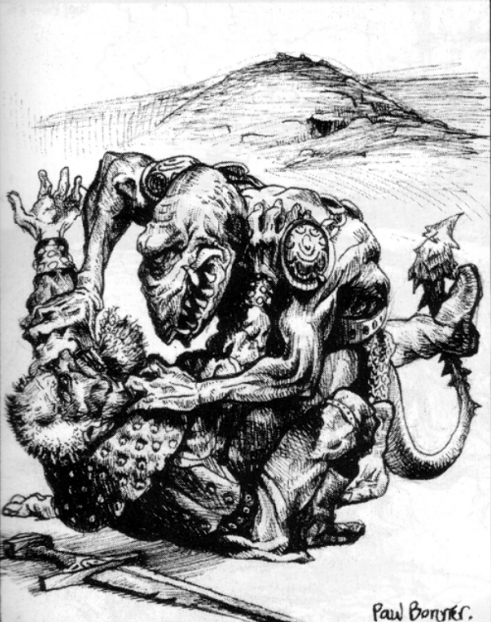 Long before the rise of Humans, the Fimir worshipped the Chaos Gods, and for a time enjoyed their favor. Alas, the Eye of the Gods was swiftly drawn to the more vibrant and amusing race of Man, and the Fimir were abandoned, reduced to seeking boons from bound Daemons where once they had enjoyed the blessings of the dark gods. Nowadays, the Fimir are a dwindling and reclusive race, little given to leaving their swampy fortresses, save for the occasional raid for food, and slaves. 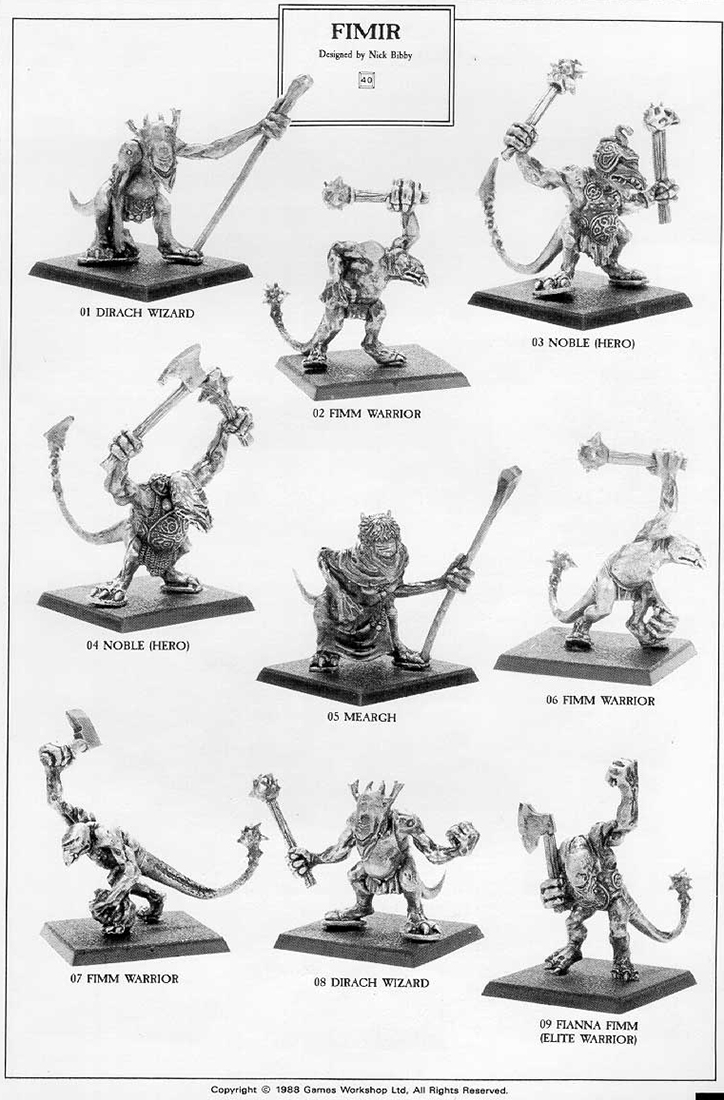 Their strongholds take the form of forbidding, craggy piles of rock, crudely build in the semblance of the castles of more civilized races. Such dwellings are seldom seen by outsiders for they are wreathed in thick mist, a miasma which is magically generated by the Fimir to shield their Fortresses from prying eyes, and themselves from the harsh glare of the sun. Legends claim that the Fimir were once a powerful race, and that they waged war on the High Elves and ancient humans.

There is said to be an island capital of the Fimir, guarded by reefs with a vast obsidian castle and which moves, sinking and rising again in a new location. 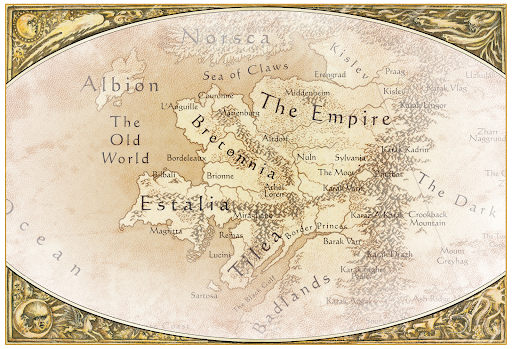 Stay away from the bogs…

Author: Larry Vela
Dad, Gamer, Publisher, Pilot, Texan. All games all the time since junior-high. I started BoLS Interactive in 2006. I’m a lifelong tabletop & RPG gaming enthusiast, and internet publisher working to entertain and inform my readers every day. I've been playing RPGs and Tabletop Games since the 1970s. I'm been playing and covering Warhammer and Warhammer 40K for over 35 years.
Advertisement
Lexicanum Lore Warhammer Fantasy
Advertisement 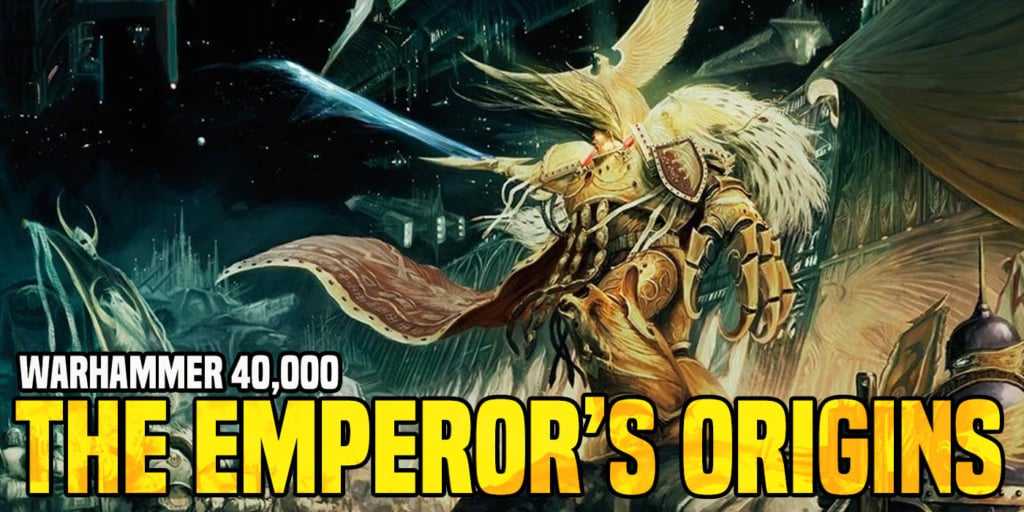