Age of Sigmar: Kruleboyz Rules Teasers – Get Ready For Poison 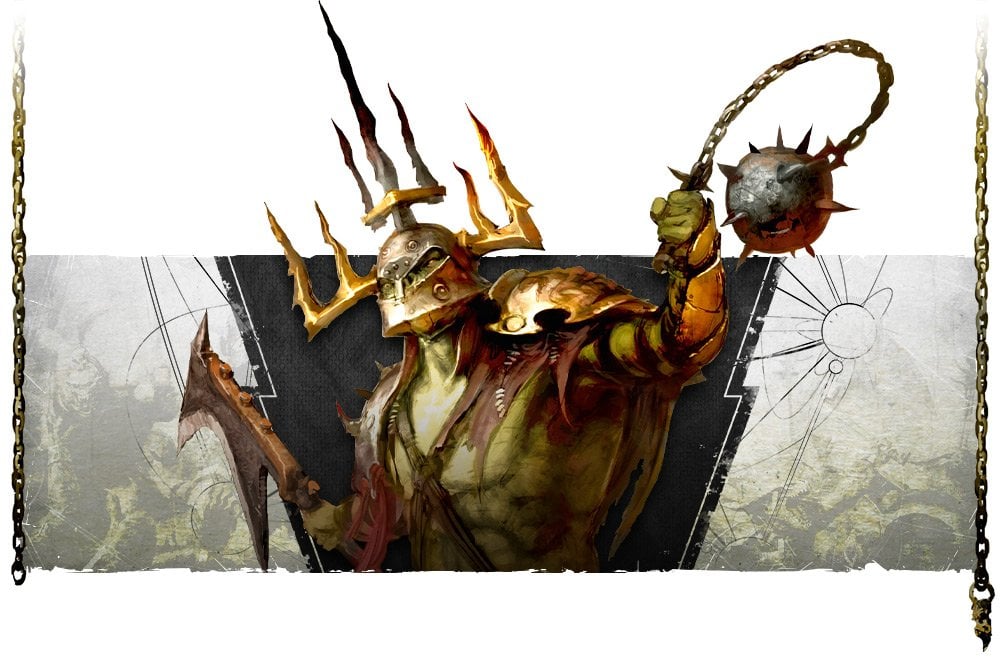 Games Workshop has released some more info on the Kruleboyz. These new Orruks have some nasty tricks up their swamp-filled sleeves. 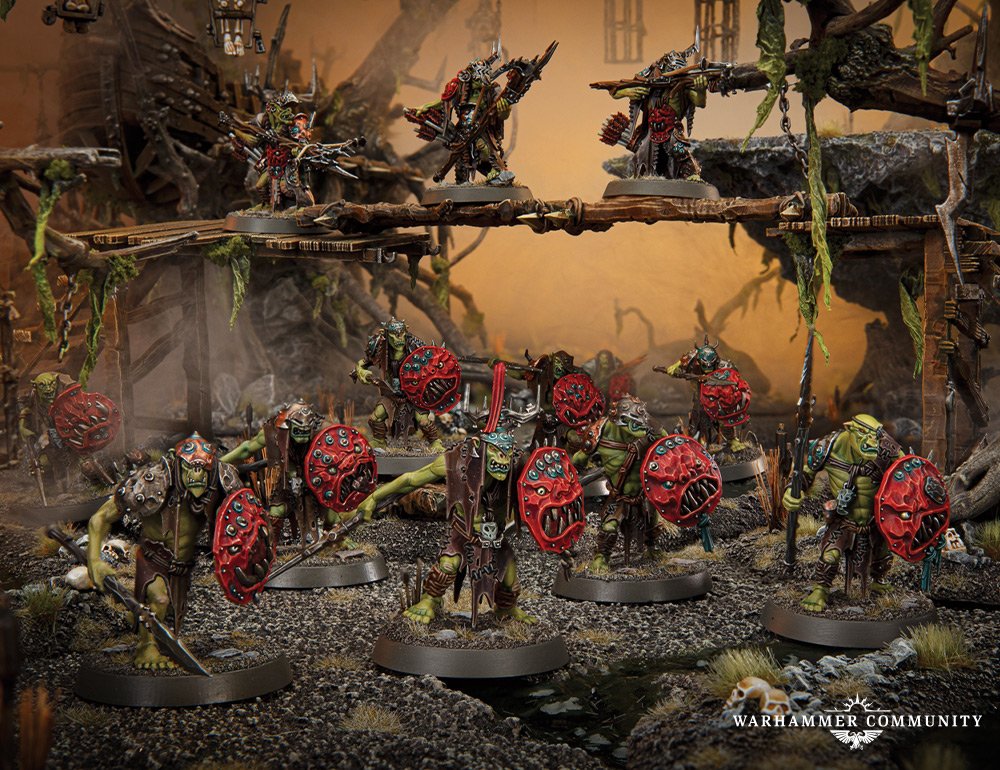 The Kruleboyz are the new kids on the block and they are looking to prove themselves. Luckily they have a tool in their arsenal that will definitely leave a mark. 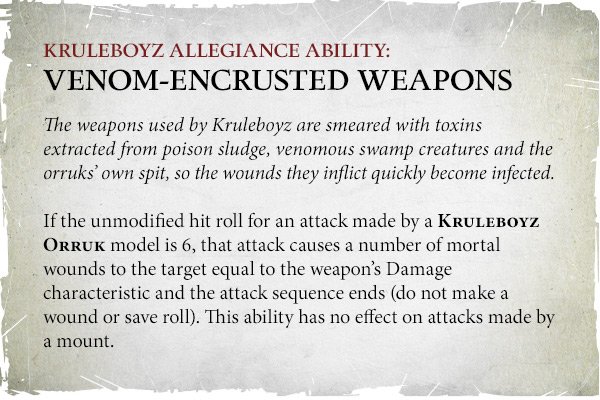 This ability is good. REALLY good. Why? Well, it’s army wide for starters. It triggers on the to HIT roll, not the WOUND roll. And it converts the damage from regular straight to mortal wounds. This makes their units really effective at battling heavy armor foes as the mortal wounds skip right by.

Now, a couple of caveats here:

All that said, if we’re basing predictions on previous experiences, I’m thinking the Kruleboyz and the rest of the Orruks are going to be pretty okay in those departments! A Pack of Kruleboyz with a wall of attacks is going to manage to drag things down so just get ready for that. Oh – and they have some ways to make that even better… 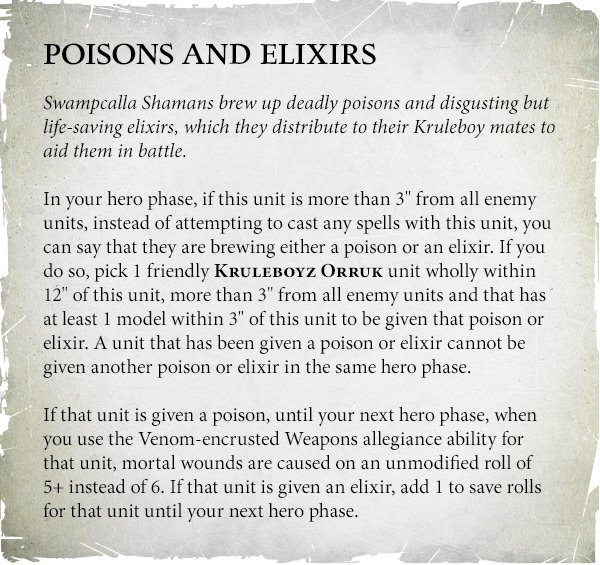 If you go with the Poison route, that’s going to trigger their mortal wounds on an unmodified 5+ now. That is already worth it. Now, you’ll have to take a Swampcalla Shaman to do it – but they are going to be worth taking anyhow. They’ve got a Warscroll Spell that is board wide and pretty dang great: 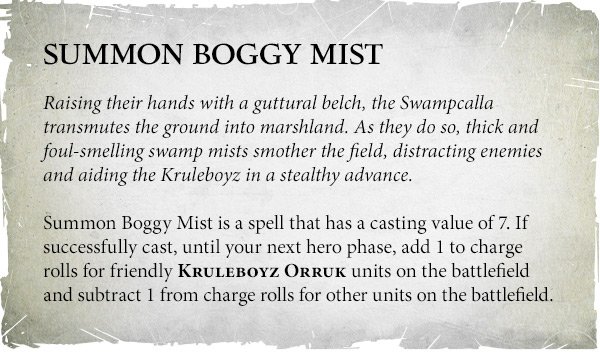 The +1 to charges is, again, battlefield wide. As is the -1 to your enemy (or any OTHER units) on the battlefield. The fact that it’s the entire board is what makes this one strong in the utility department. Plus, you’ll get to bring this little guy along which is totally worth it: 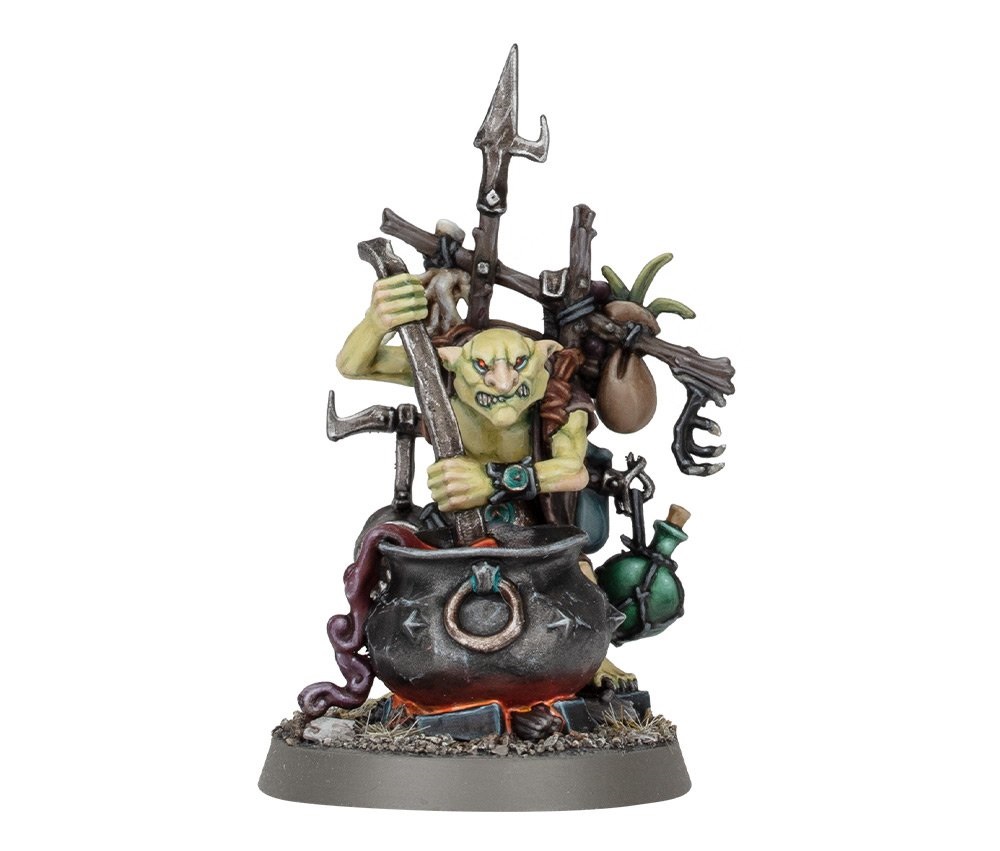 I don’t have a good segway for this one other than it’s a better look at the warscroll for another Hero from the Kruleboyz. So …here ya go! 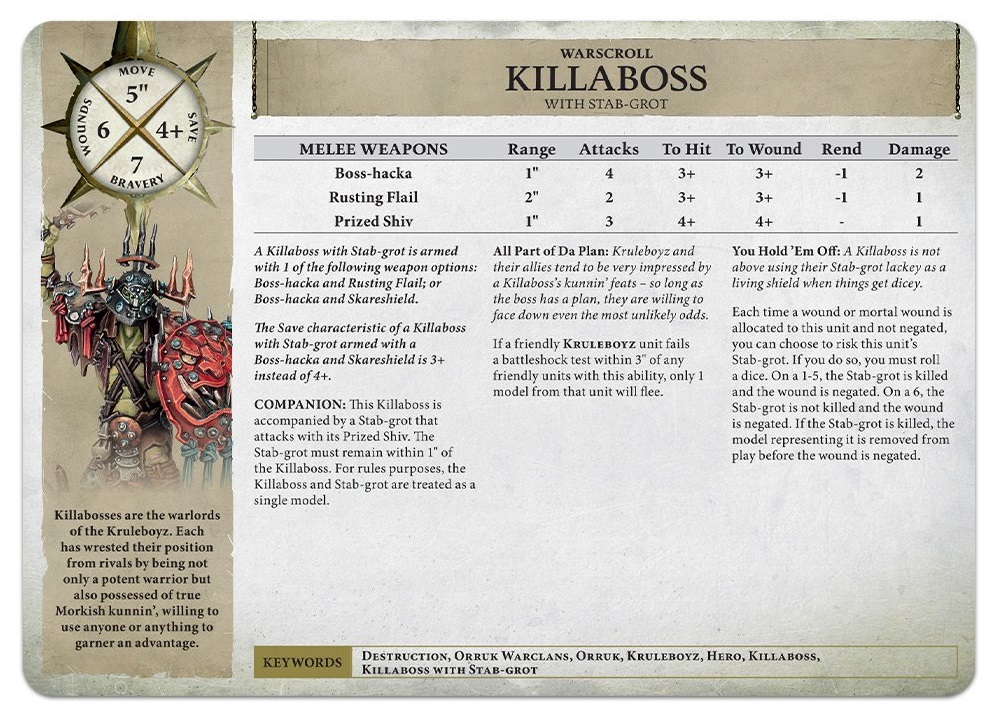 Statwise, not bad but not crazy. The Killaboss isn’t the biggest orruk out there but he can get the job done. He’s also got a fair number of attacks. The Boss-hacka is no joke with 4 attacks at 2 damage each. Plus it’s a 3+/3+ weapon so that’s nice. Don’t forget the poison on top of those swings…

He’s got a Stab-grot with him, too. Which provides him with a wound soak. If you roll 6s, the Stab-grot makes it. Otherwise, it dies. Either way, that’s one wound that gets negated. And his other ability will also help keep your Kruleboyz in line, too. Only having 1 model feel on a failed battleshock check is going to be very handy. 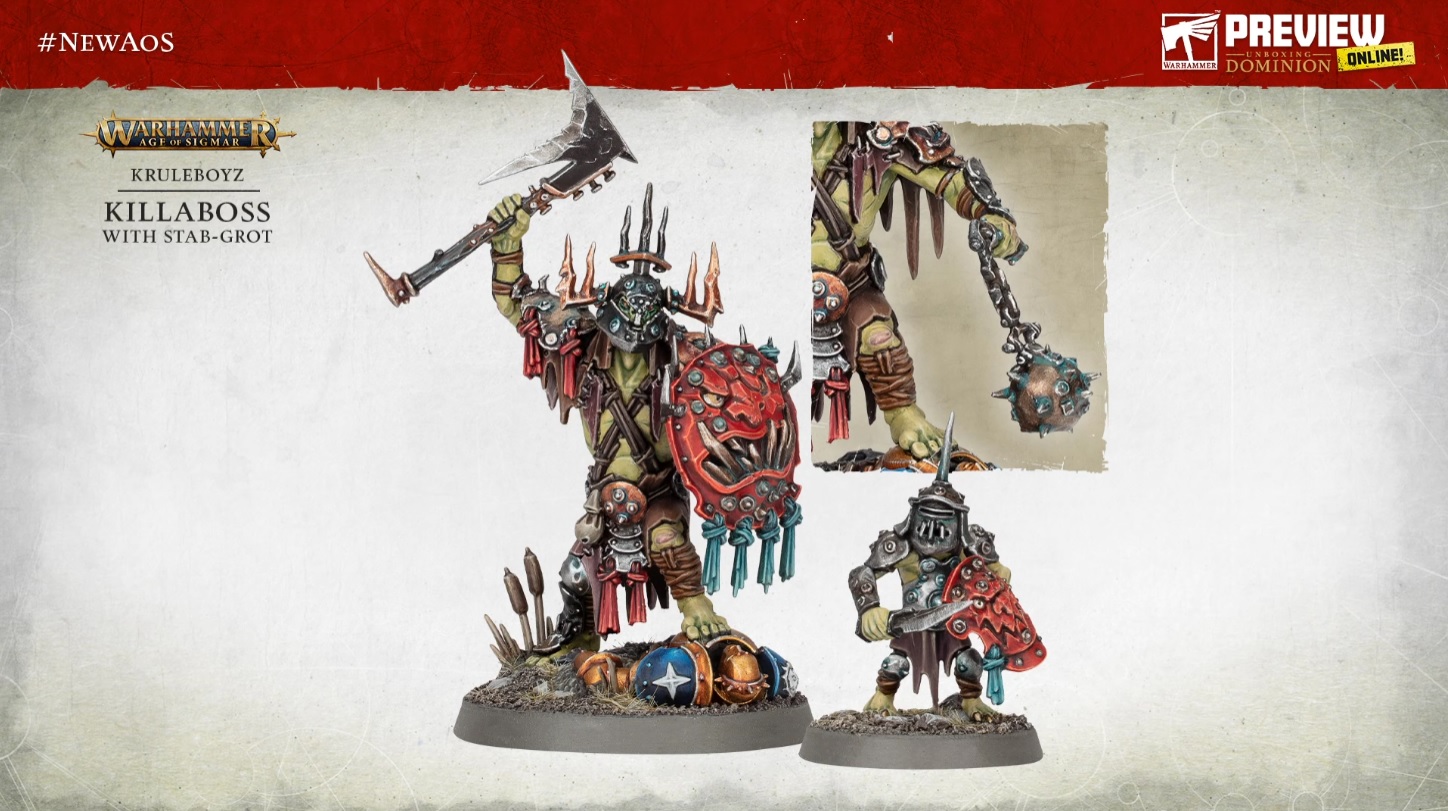 The Kruleboyz and their poison are coming soon. Better work up some anti-toxin or get ready for some mortal wounds…

Four LGBT Friendly Board Games to Play All Year 'Round 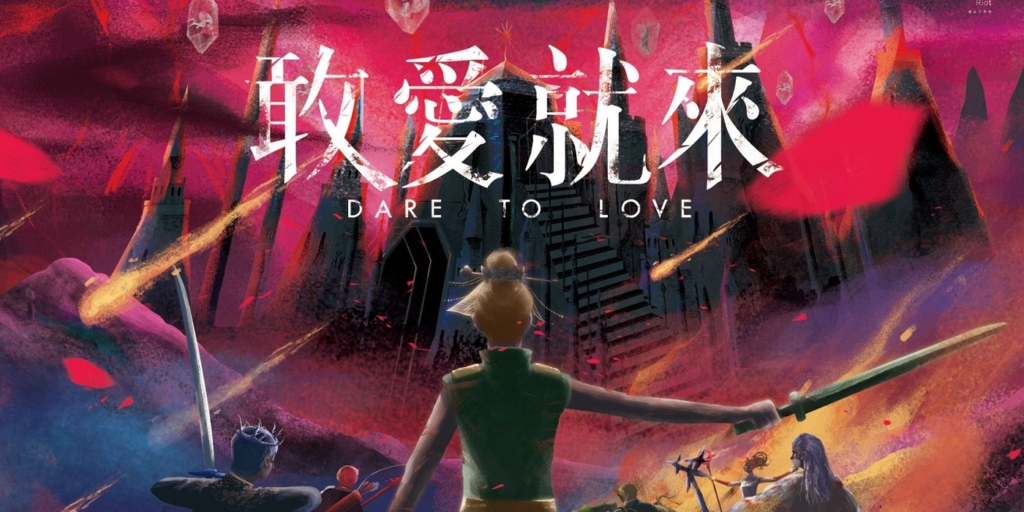