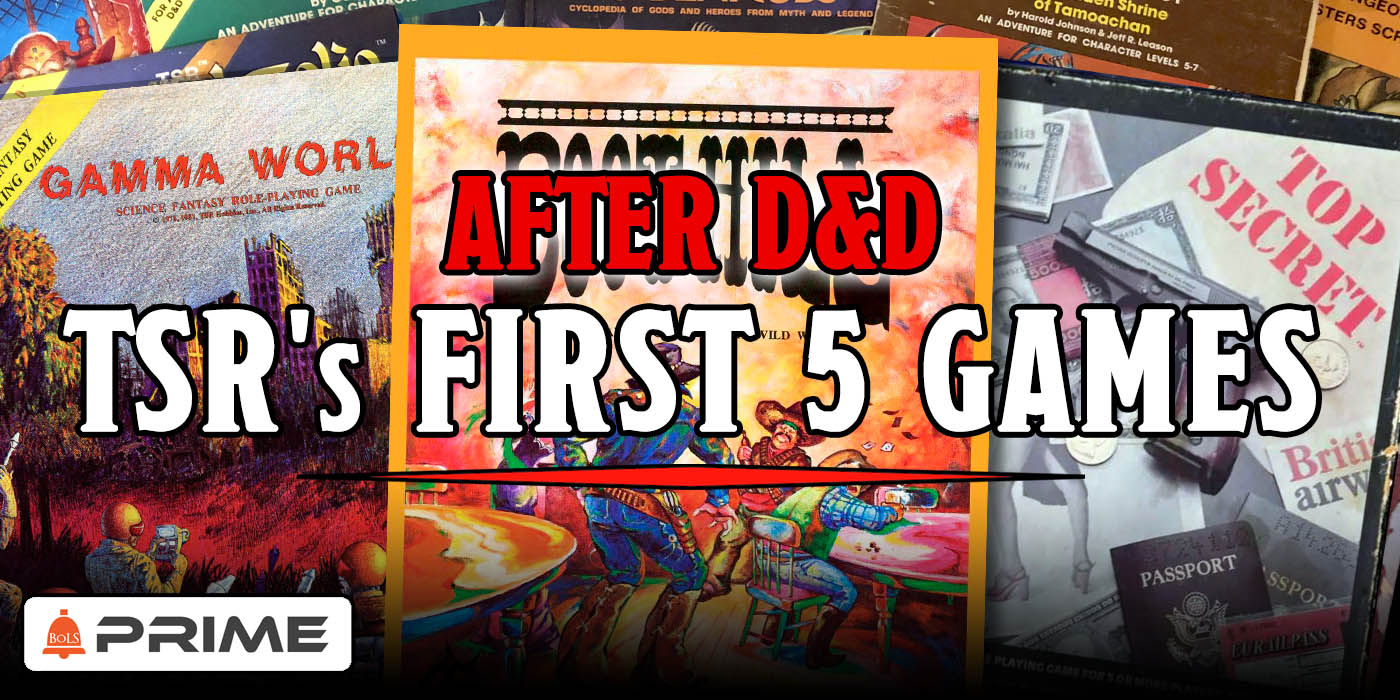 In addition to D&D, TSR is collectively responsible for 20 different Role-Playing Games. Have you played 'em all? Find out here.

The original TSR was founded in 1973 and shuttered in 1975, but a second TSR, TSR Hobbies, Inc. was born out of the remnants of the former company and was active until 1983. Then the company split into four companies, one of which, TSR, Inc. went on to last until Wizards bought them up in 1996. Now we can Ship of Theseus this all we like about which TSR is the real TSR--but through its various incarnations, TSR published many roleplaying games. Perhaps most well known is the legendary Dungeons & Dragons, but many of their other games won critical acclaim and prestigious gaming awards in their day.

Yet another became a prestigious award. The point is, even TSR's also-rans often left a mark on gaming. Let's take a look back through their catalog, starting off with the first five post-D&D games developed. How many of these have you played?
Empire of the Petal Throne (1975)

The 2nd RPG in existence, the Empire of the Petal Throne was also originally created in 1974. However, its creator M.A.R. Barker, a professor of Urdu an...

Author: J.R. Zambrano
Bell of Lost Souls Staff Writer and DM, J.R. covers RPGs of all stripes and on occasion eats sandwiches. You can ask him about either at [email protected]
Advertisement
BoLS Prime RPGs Subscription
Advertisement