Tieflings are one of the most popular choices for player characters in D&D–and that will doubtless be true in “Advanced” 5th Edition as well.

It’s been a while since we’ve heard from Level Up, the “Advanced Rules” for 5th Edition. Not long ago they released the playtest versions of their versions of D&D’s different classes, from Barbarian to Wizard and now they’re back with a look at some of the heritage options you can pick from. Today we’re taking a look at the Planetouched, Level Up’s version of both Aasimar and Tieflings.

This revelation will doubtless be pleasing for the horde of Tiefling players out there–and it seems like you can’t form a party these days without having at least one. The preview also showcases what a heritage looks like in general in “Advanced” 5th Edition, so let’s take a look at what they have in store. 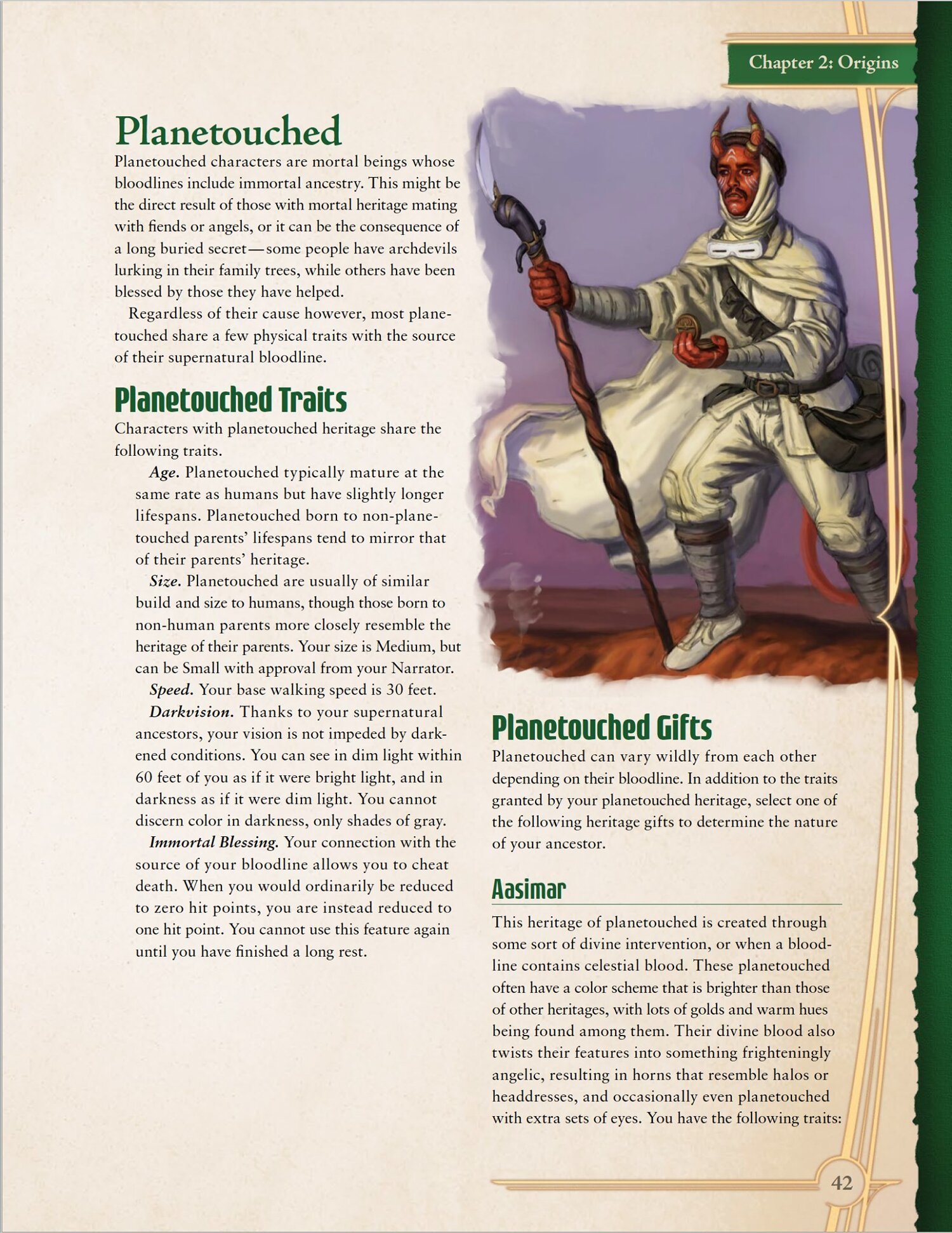 It’s an interesting choice to fold both Infernal and Celestial-touched mortals into a single choice, but it makes sense. Kind of like how you have wood elves and high elves and moon elves, you’ve got infernal and celestial leaning humans. But whether you’re touched by fiendish or angelic powers there’s a lot to love about being one of the Planetouched.

Like most heritages, you get 30 feet movement speed and darkvision, but whether you’re powered by fiendish or celestial blood you’ll get Immortal Blessing which keeps you in the fight a little longer, keeping you at 1 hit point much like a Half-Orc’s resilience. Also, it looks like you can be of any other heritage, so you might be an Aasimar of elven or dwarven heritage, or a Tiefling gnome. Which will be sure to delight fan artists. But that’s just what you get for being Planetouched. Whether you choose Aasimar or Tiefling gets you different traits: 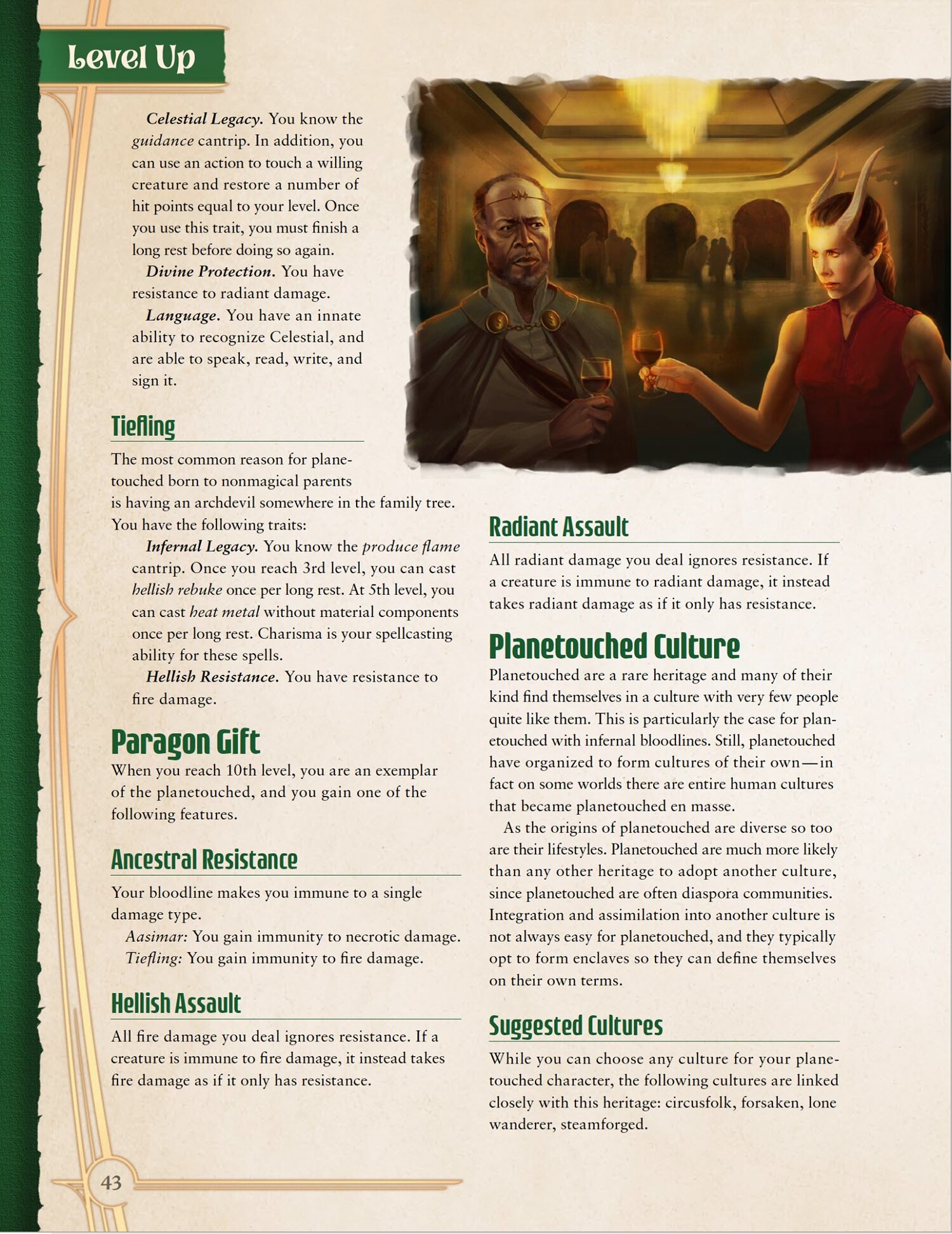 Aasimar get Celestial Legacy and Divine Protection which grants you guidance, resistance to radiance damage, and a paladin’s lay on hands ability, making you a beacon of light and support for your party.

Tieflings get Infernal Legacy and Hellish Resistance which gets you three different spells: produce flame, hellish rebuke, and heat metal, all of which are great additions at any level, especially since you can cast them once per rest for free. And you gain resistance to fire damage.

And at 10th level we get to my favorite part about heritages in Level Up: the Paragon Gift. This is a features you pick at 10th level, which identifies you as an exemplar of your heritage. You become so powerful that you gain access to even more abilities, and in the case of the Planetouched it’s tied to the cosmic energies that resonate within their bloodline. You can either gain immunity to a certain kind of energy damage or you can have energy damage you deal, so long as its fire or radiant, bypass resistance or deal half as much to creatures who would otherwise be immune, which is handy if you’re a tiefling wizard with access to fireball.

At any rate, this is just a taste of heritage in Level Up. Let us know what you think in the comments.

D&D: With Menzoberranzan Getting An Update Here's Where It Once Stood - An Adventurer's Guide 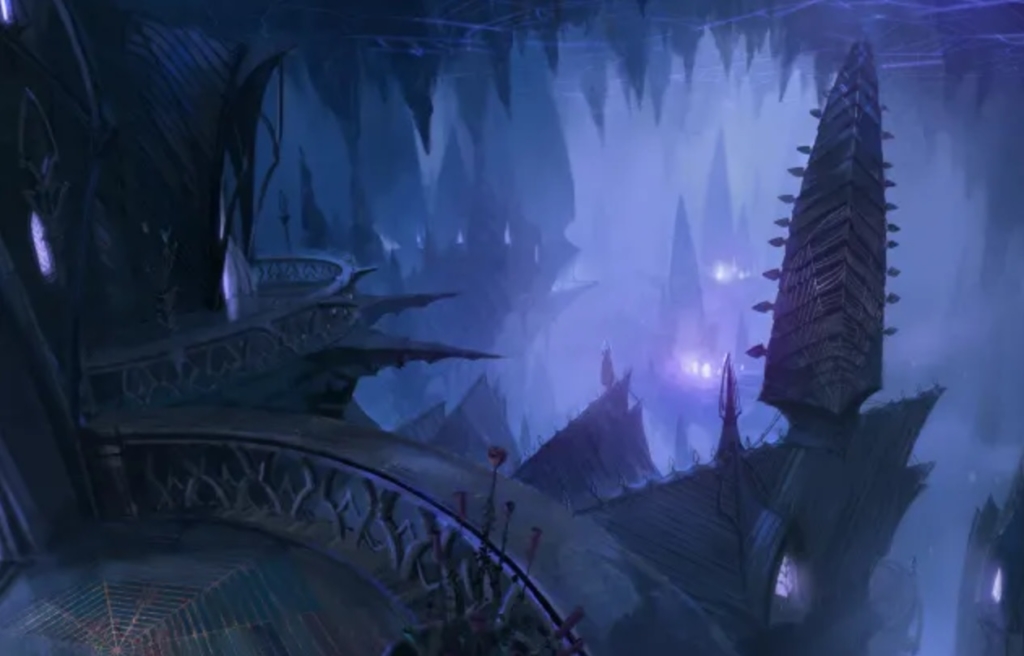