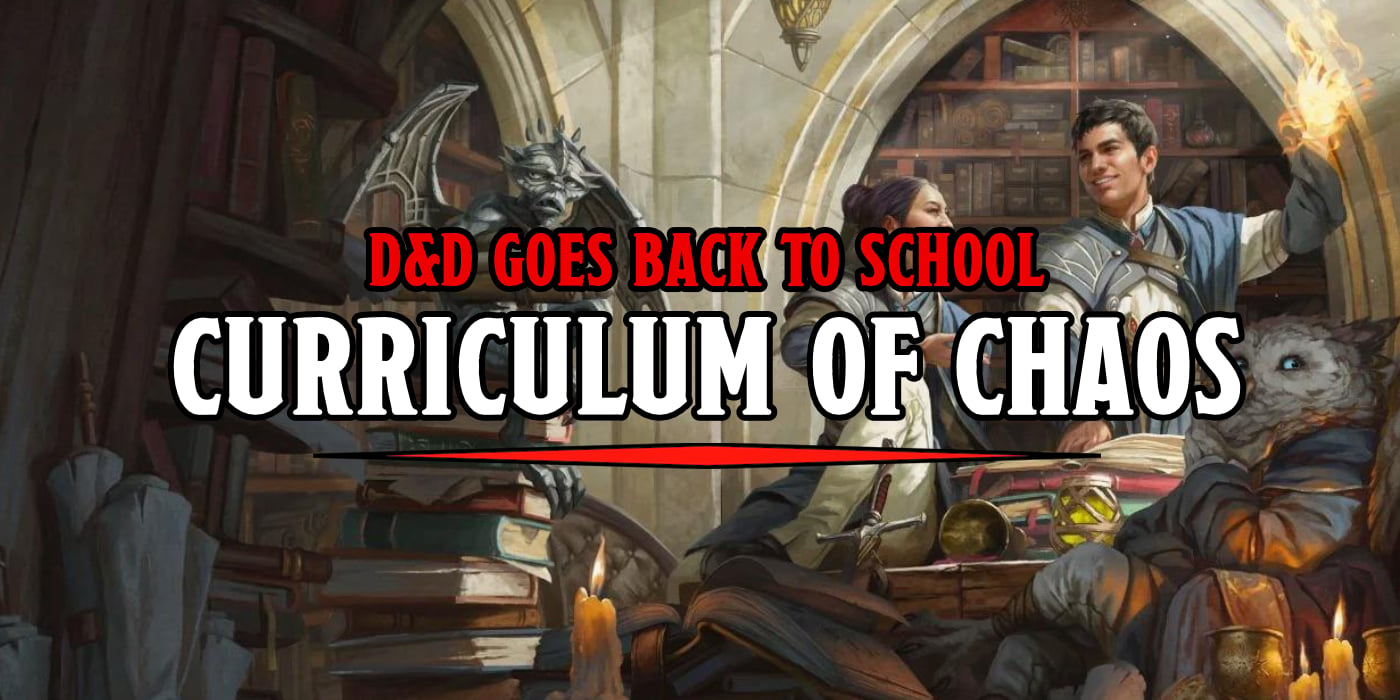 The Week of Legend Lore continues, this time opening the doors to the magical college of Strixhaven with Curriculum of Chaos, a new setting book.

The second of the two leaked D&D books, Curriculum of Chaos gets its day in the sun, as we enter day two of WotC’s Week of Legend Lore. 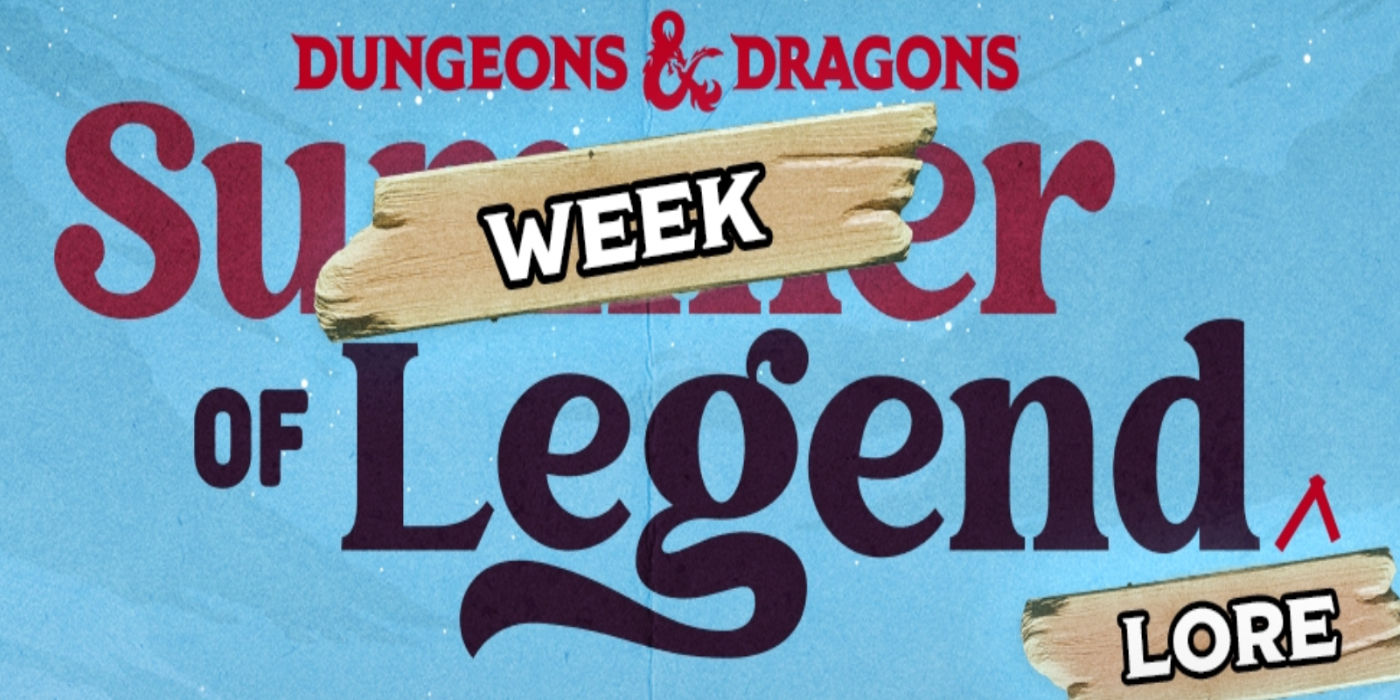 The Week of Legend Lore–referencing the 5th level divination that reveals hidden knowledge and stories–is a series of announcements and reveals, one per day for the entire week starting with the two books that were uncovered on Amazon over the weekend:

All this week, join Ellywick Tumblestrum, bard of the multiverse, guest of the Summer Queen, and bearer of Morningmist, as she investigates several stories from Earth artifacts and spells such as the Tube of Yous and the Box of Xes. Played by Erika Fermina from Girls, Guts, Glory, Ellywick is a fascinating character fans will learn more about in upcoming stories from Dungeons & Dragons, Magic: The Gathering’s Adventures in the Forgotten Realms, and more!

Today we get the official announcement for Curriculum of Chaos, the D&D adaptation of Magic: the Gathering’s Strixhaven setting.

If you’re unfamiliar, Strixhaven is a magical college where five different ‘schools’ of magic compete with each other for the glory of their colleges while curious events unfold beyond its walls and intrigue blossoms within its halls. If you’ve ever wanted a guide for playing D&D in an academy type setting, this is exactly what you’re looking for. Let’s take a closer look at the official cover: 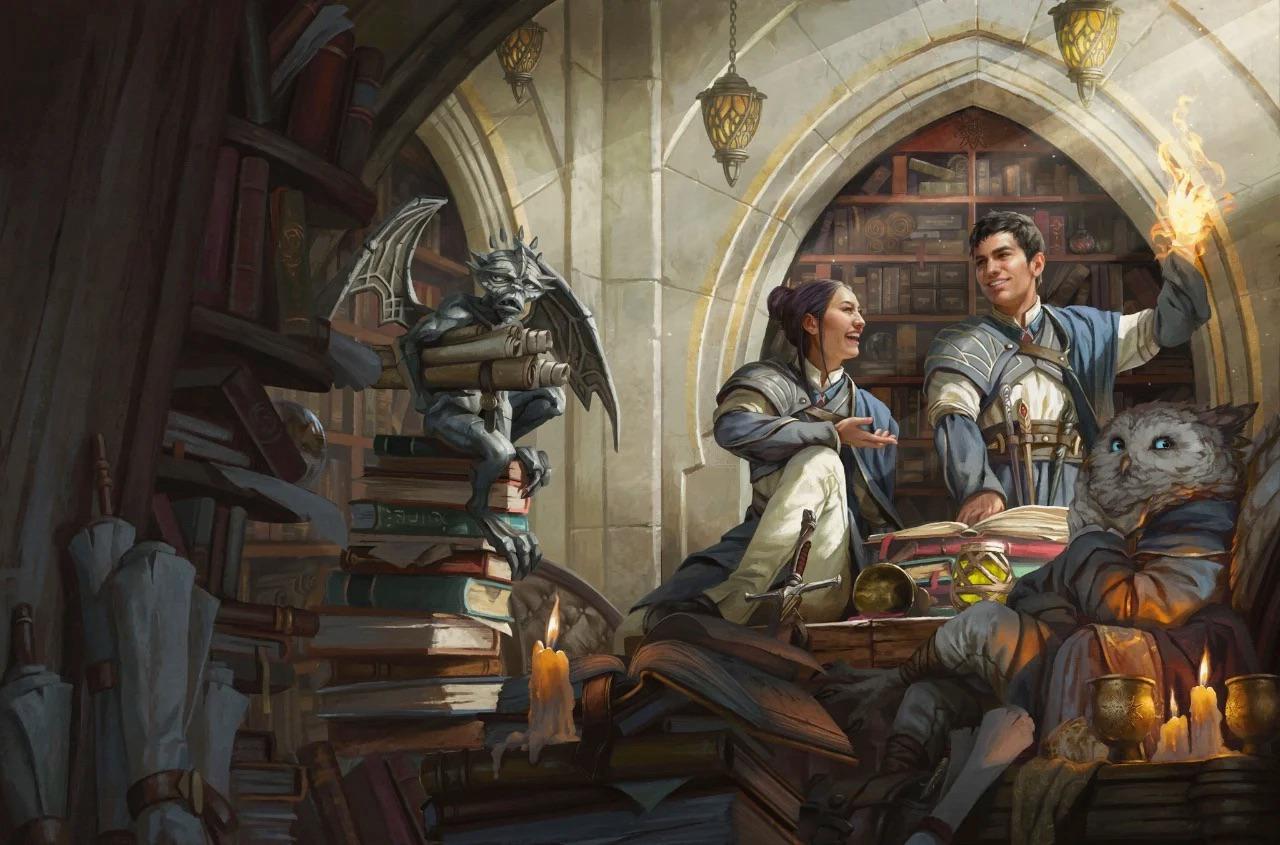 The official release date has been revealed as well, November 16th, which feels . More details will be forthcoming at D&D live, but for now here’s what WotC says:

The Wild Beyond the Witchlight is D&D’s next big adventure storyline that brings the wicked whimsy of the Feywild to fifth edition for the first time. Tune into D&D Live 2021 presented by G4 on July 16 and 17 for details including new characters, monsters, mechanics, and story hooks suitable for players of all ages and experience levels. 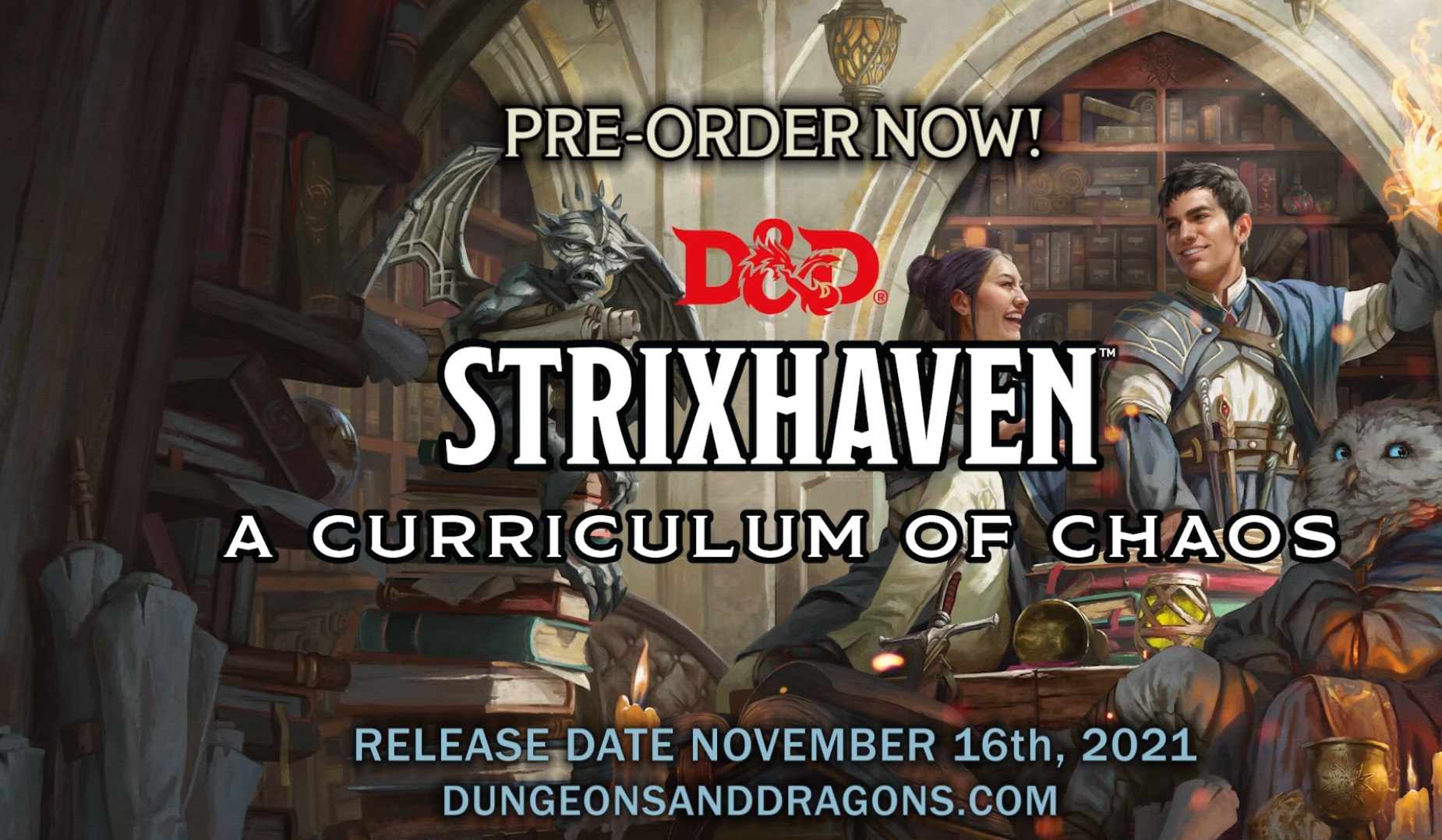 We have a taste of how they plan to do this, with subclasses available to a variety of spellcasters, so the college of Lorehold, for instance, opens its doors to Bards, Warlocks, and Wizards. Which presents an interesting dilemma for a subclass that needs to be flexible enough to work with three different classes. Here’s a look at how that scaffolding might work: 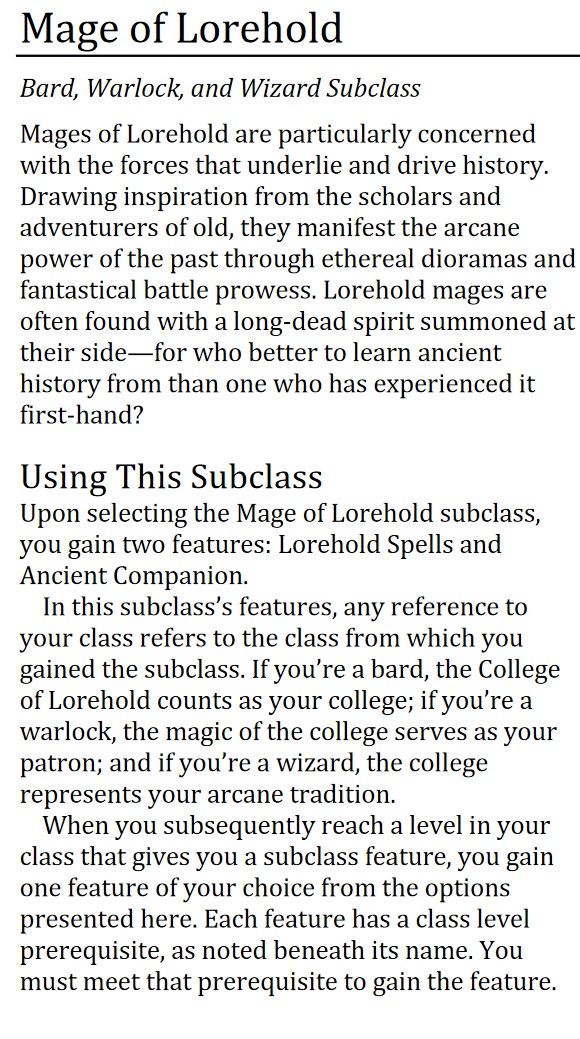 On paper this feels like it’s clear enough–but actual play will tell. And doubtless these will be revised before we see their final form; even so, things are looking up for Strixhaven. 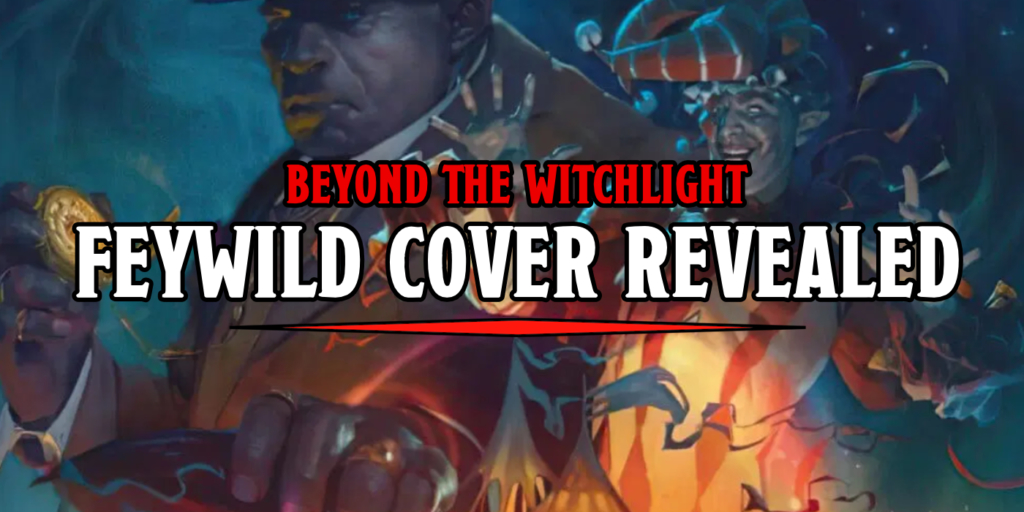