Fantasy Flight Games has a new batch of goodies this weekend for Marvel Champions, Legend of the Five Rings, and KeyForge. 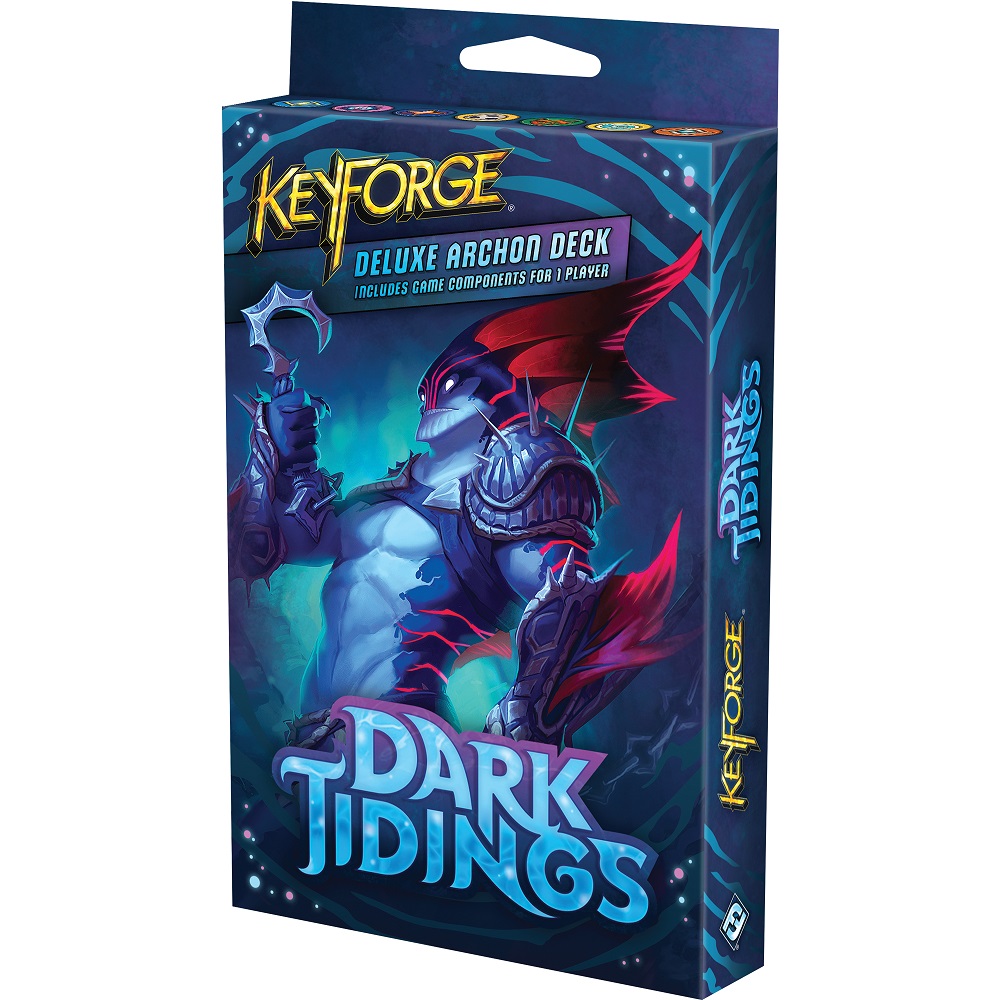 Dive beneath the waves of the Crucible’s oceans with Dark Tidings, the fifth set of Archon Decks for KeyForge, the world’s only Unique Deck Game! Dark Tidings introduces a brand-new House to the game: the Unfathomable. Replacing Dis in the current cardpool, the Unfathomable specialize in controlling their opponents by exhausting enemy creatures. What’s more, every House gains the power to call upon the tides of the Crucible, gaining advantages from high tide and avoiding the punishments of low tide. Finally, Dark Tidings also brings the possibility of evil twin decks into the game! Any evil twin deck is an exact copy of another deck in existence, except with many of its cards exchanged for their “evil twin” versions, featuring alternate abilities, graphic design, and art.

Each Dark Tidings Deluxe Deck contains a single, ready-to-play 36-card deck, bringing together three of the diverse Houses of the Crucible into a single deck—featuring its own mix of cards and unique from every other Archon Deck in existence. You’ll also find all of the tokens that you need for a single player to start playing the game of KeyForge! 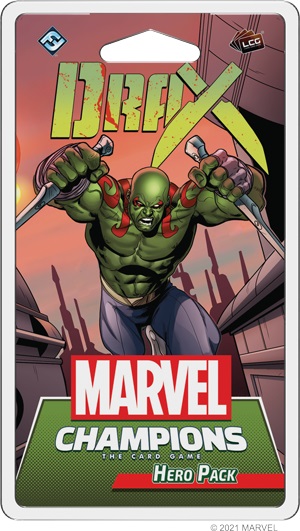 Killed by Thanos in a wicked act of cruelty, Arthur Douglas was reincarnated as Drax, a knife-wielding warrior with a thirst for vengeance. Now a member of the Guardians of the Galaxy, Drax travels far and wide, driven and determined to put an end to the mad titan once and for all.

As a member of the Guardians of the Galaxy, Drax charges into the scene with unrelenting fury in this expansion pack, which introduces Drax as a brand-new playable hero, along with his fifteen signature cards. With a pre-built Protection deck ready to go, you’ll be able to try out Drax’s unique vengeance-fueled gameplay from the moment you open the box. Punish the villains who wrong you and show them why Drax is a force to be reckoned with! 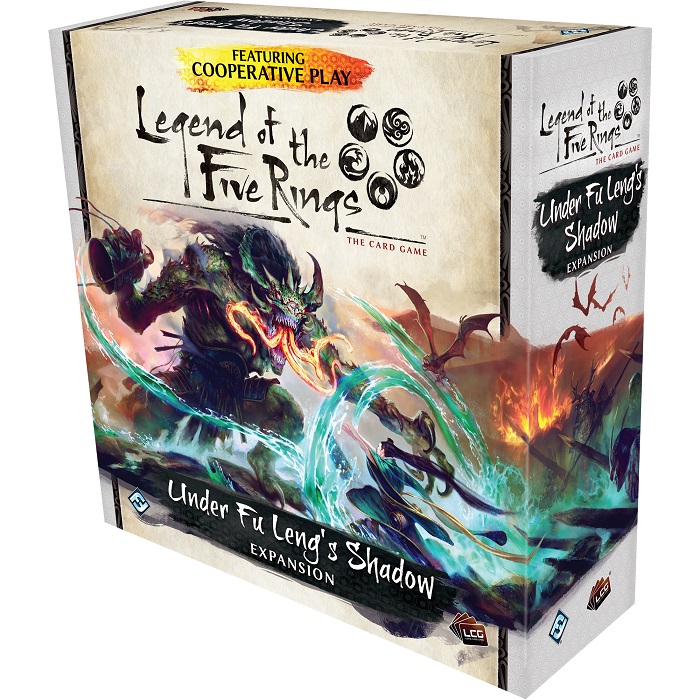 The Shadowlands have always threatened the southern border of Rokugan—but now, the aimless and disorganized hordes of foul goblins, shambling undead, lost samurai, and hideous monsters have been united under a single vicious ruler. A monstrous oni stomps toward the Emerald Empire, leading waves upon waves of deadly foes to breach the Great Carpenter Wall. It is the greatest threat that Rokugan has faced in centuries—and even if the clans can unite, there is no guarantee that they will survive.

The Under Fu Leng’s Shadow Premium Expansion is stuffed with 271 new cards for Legend of the Five Rings: The Card Game, and at the same time, it introduces two brand-new ways to play the game! Almost half of the new cards contained in this expansion are fully dedicated to the brand-new Shadowlands faction, and you can battle against the awe-inspiring might of the Shadowlands using two new game variants. You might choose to play the cooperative variant, either playing solo or teaming up with your friends to take on a mighty Shadowlands warlord. Or, you could embrace the darkness in a challenge variant, allowing one player to lead the forces of the Shadowlands into battle against two to four other players.

Whether you battle the rising darkness together with your friends, challenge them to fight the Shadowlands hordes under your command, or use this expansion’s clan cards in your stronghold or skirmish games, Under Fu Leng’s Shadow is packed to bursting with exciting new content for every Legend of the Five Rings: The Card Game player.