Time Twisting Movies to Watch While We Wait for ‘Loki’ 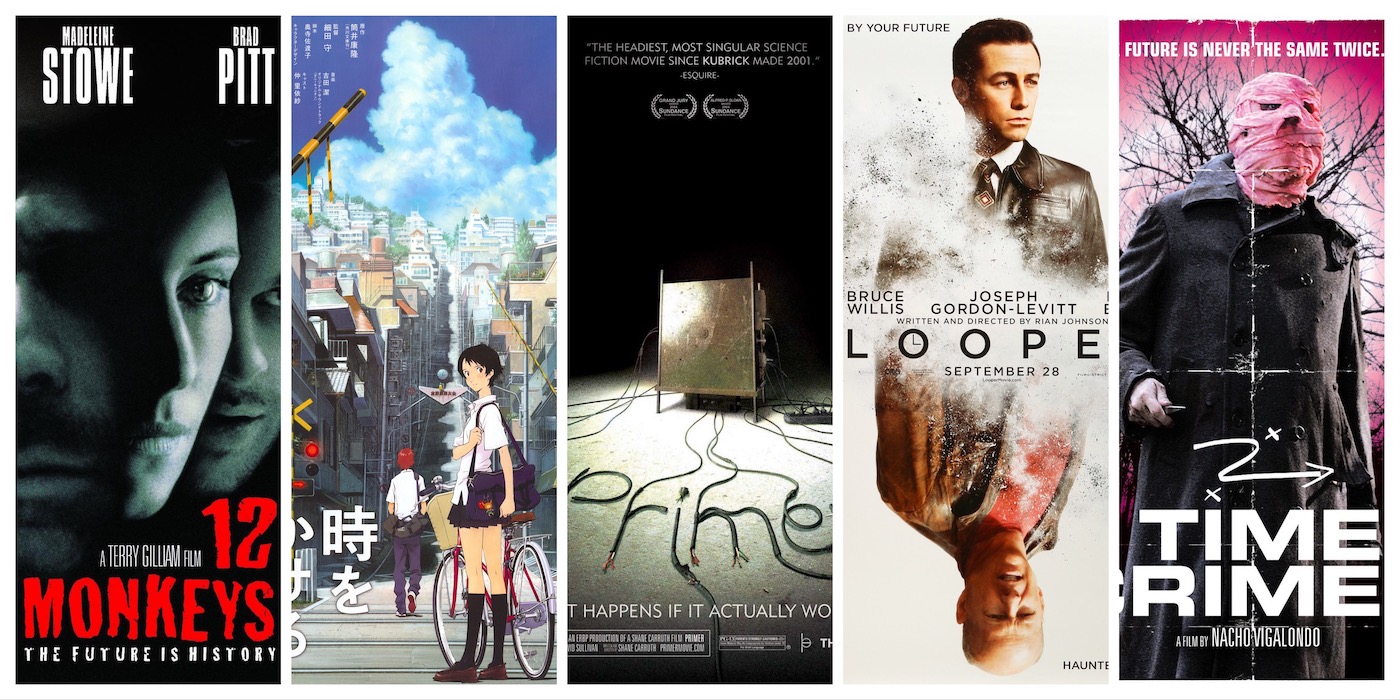 Loki and his TVA adventures premieres next Wednesday. Here are some great time travel/loop movies to keep you entertained.

Primer
If you like your sci-fi to be science soaked and a bit obtuse, this is your movie. Two engineers that build error-checking tech accidentally discover an A to B time loop effect. They create a time machine that capitalizes the effect, one that can transport humans. They become obsessed with it and things get dark fast. Primer does a hell of a lot with its $7k budget and is rightly considered to be one of the best (possibly THE best) time travel movies ever made. You can find it on several on-demand services.

12 Monkeys
Terry Gilliam’s tale of time travel in order to save humanity has some excellent performances. James Cole (Bruce Willis) is a prisoner in 2030 that is selected to go back in time to figure out where a plague that wiped out a chunk of humanity started. His mission is waylaid when he’s committed to a psych ward after ranting about time travel and the plague on the streets of Philidelphia – and there the story begins.

It’s a great ride that has Gilliam’s signature world-building and contains one of Brad Pitt’s best performances. 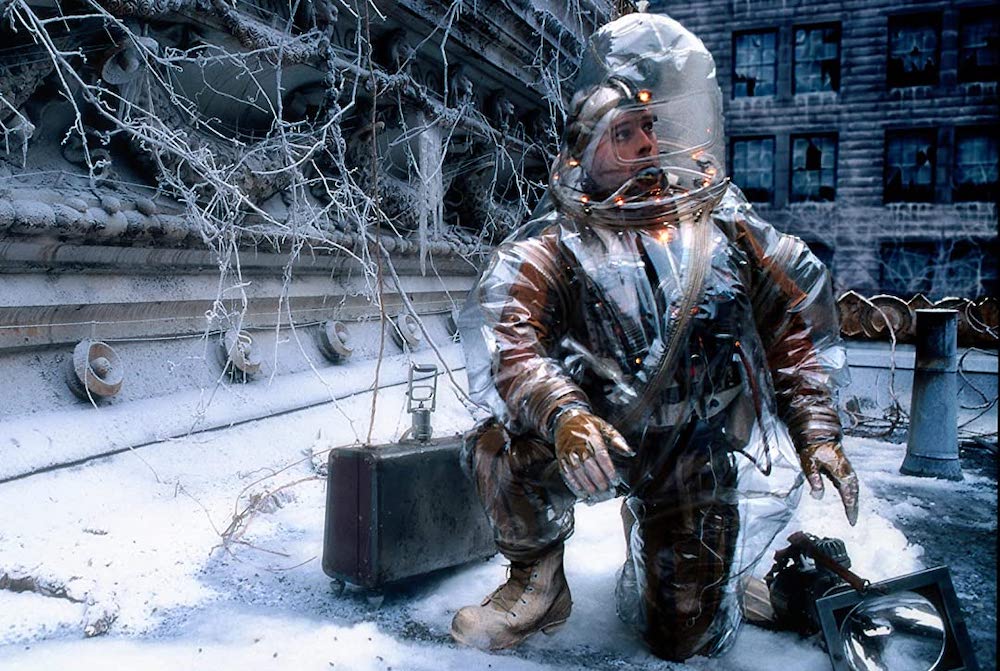 La Jetée
Gilliam was inspired by this French film when he created 12 Monkeys. A prisoner in the aftermath of WWIII is used in time-traveling experiments that aim “to call past and future to the rescue of the present.” The story is told almost entirely in stills with narration and examines our need to fall back into the here and now.

Edge of Tomorrow aka Live Die Repeat
Major William Cage (Tom Cruise) who has never seen combat is dropped into a suicide mission. He’s killed within minutes and then he wakes up into a time loop that has him fighting and dying in the same battle over and over and over again. He eventually figures out how to use that time to increase his skills and with the help of Special Forces warrior Rita Vrataski (Emily Blunt) tries to save the day.

If you enjoy watching Tom Cruise get his ass kicked a bunch, watch this one. It’s fun, it’s well written, and it has awesome visuals.

Arrival
Based on Story of Your Life by Ted Chiang, this almost dreamy sci-fi movie drifts through two timelines. Linguist Louise Banks is brought on by the military after alien ships arrive on earth – she’s tasked with learning the aliens’ language. I don’t really want to say much beyond the fact that it’s brilliant. Amy Adams does some amazing work and it’s a Denis Villeneuve film. It’s gorgeous and immersive.


Timecrimes
Another movie made on a shoestring budget that packs a wallop. Protagonist Héctor becomes part of a causal loop thanks to a neighbor with a time machine, and he’s forced to deal with multiple versions of himself. Its disorienting and creative storytelling more than makes up for a lack of showy social effects. 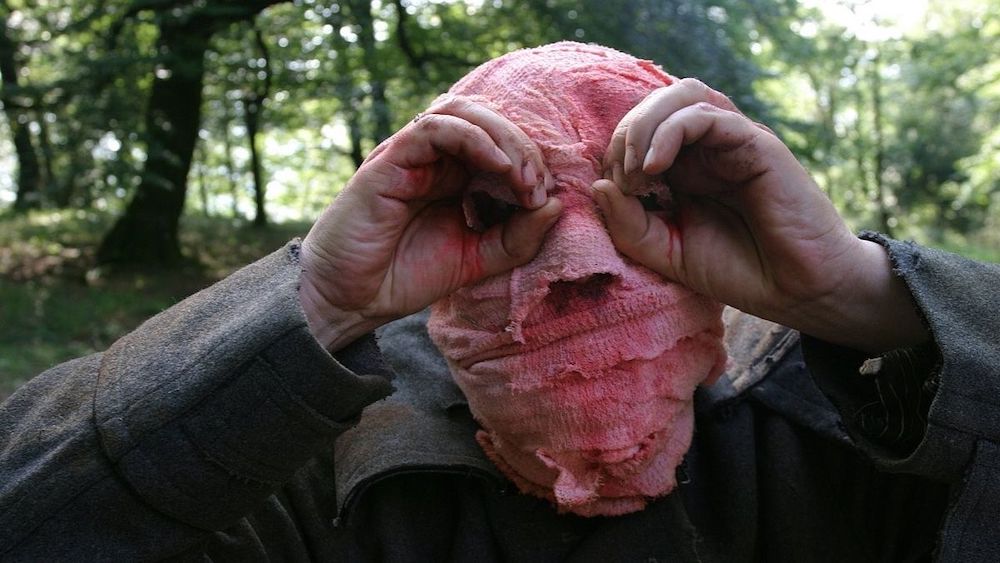 Toki o kakeru shôjo
This is the most light-hearted entry on this list. Teenager Makoto Konno gains the ability to go back in time after an accident. She ends up in a time loop and spends her time getting perfect grades, avoiding being tardy, and spending a good amount of time singing karaoke. She chooses to improve herself but soon discovers that her actions have consequences for those around her.

It won the Japan Academy Prize for Animation of the Year, among other awards. It’s a real gem.

Groundhog Day
Harold Ramis’s dark, existential comedy starring Bill Murray and Andie MacDowell. Weatherman Phil Connors is forced into reliving the same 24 hours in Punxsutawney until he figures out how to make it stop. What he does in those loops is hilarious, sad, and touching. It’s a classic for good reason. 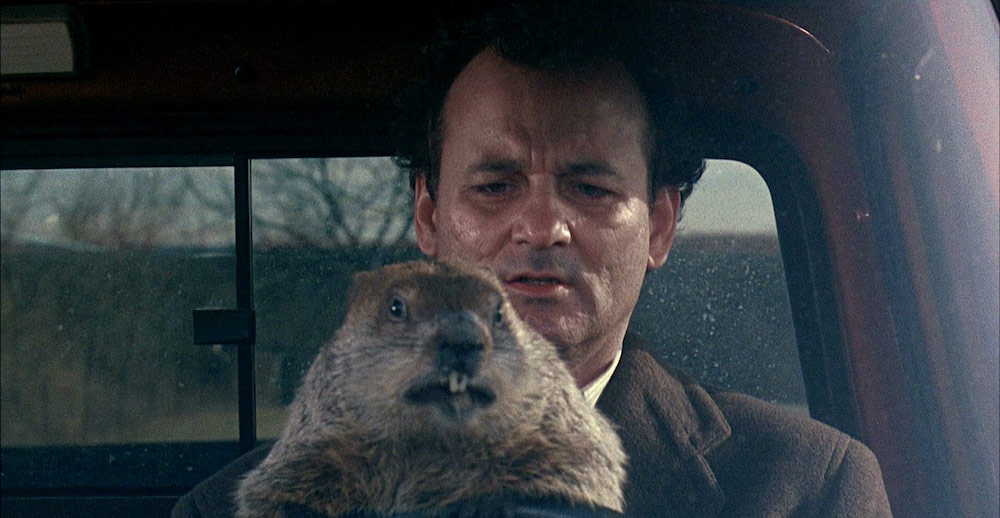 Looper
Bruce Willis goes back in time again in Rian Johnson’s action thriller. Time travel has been discovered but outlawed – so only outlaws use time travel. The mob sends their garbage 20 years into the past to be taken care of by assassins called Loopers. All is well in one Looper’s life until the mob sends his future self back to him to be killed.

Get past Joseph Gordon-Levitt’s makeup, this movie has some worthwhile twists and turns.

Yes, and all of the Back to the Future and Bill and Ted and Terminator movies as well. If you dig horrible movies I also suggest Future Zone, Time Cop 2, and Time Under Fire. They’re all pretty spectacular.

Author: Mars Garrett
Pop culture editor and writer that has been on the BoLS team since 2010. Contributor on the One of Us podcast. Marvel, Vertigo, and dystopian sci-fi fan. Enjoys bad movies, amazing stunt performances, and the internet. Hates rom-coms. (she/they)
Advertisement
Loki Movies and TV Pop Culture
Advertisement 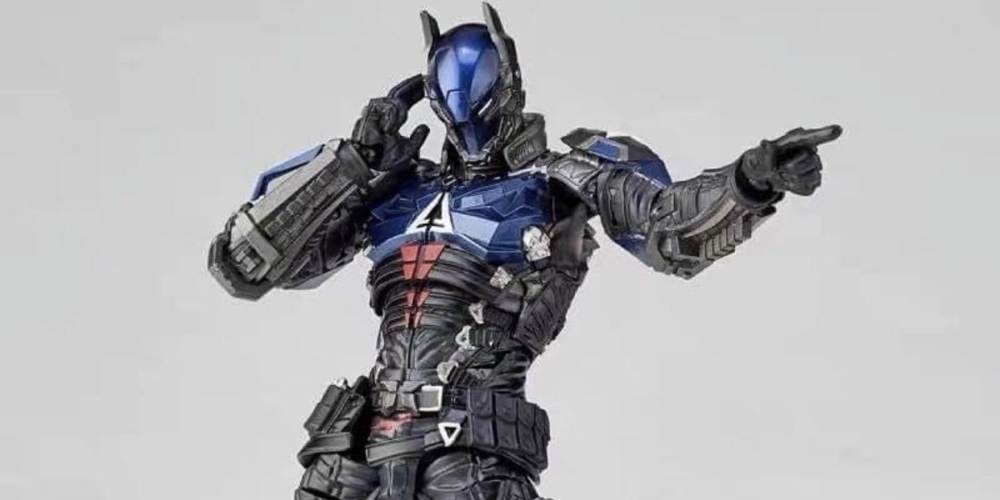