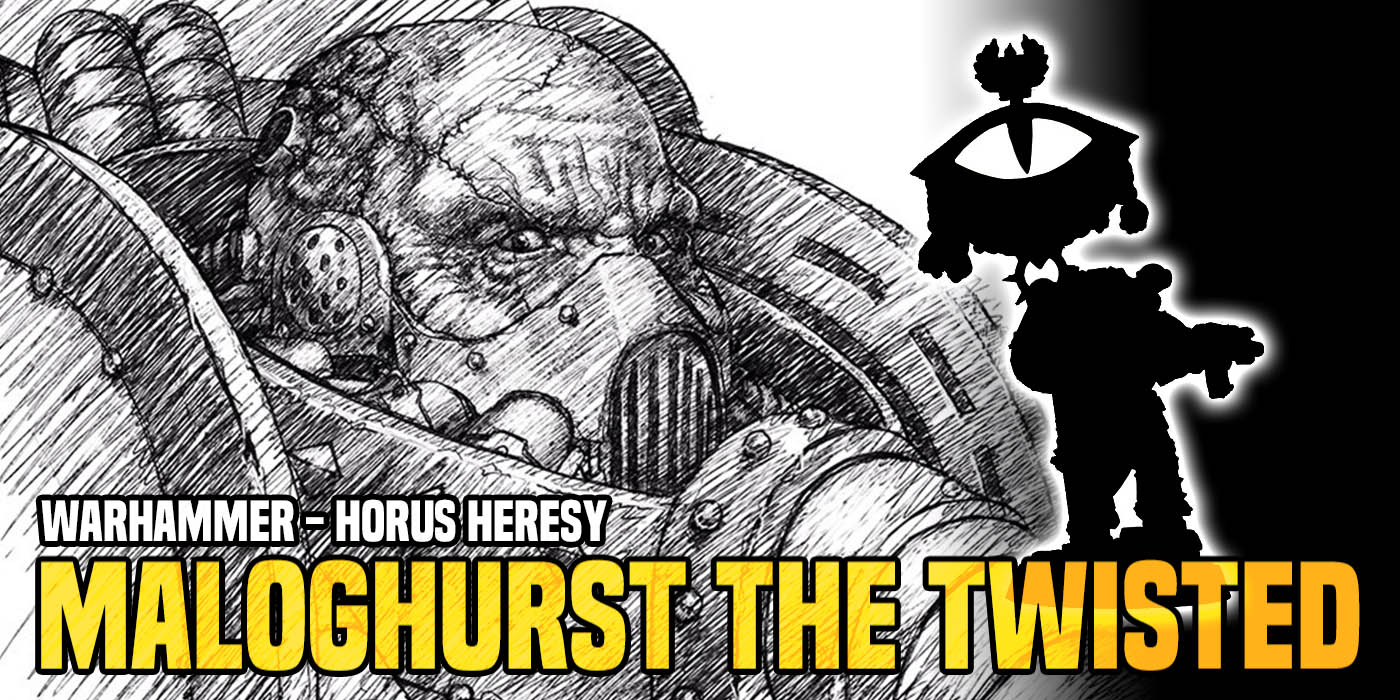 Coming to you next week: a Horus Heresy stalwart bears the Warmaster’s personal icon into battle, and Ogres get a Blood Bowl Update.

Alright friends, it’s Sunday and the time has come once again to cast our gaze to the future–to next weekend specifically, because the end of the weekend is not for pondering the slow, soul-crushing grind that we endure week in and week out, wondering if Blarnissa will bring donuts on Monday or if Chremt is going to talk about all the fishing he did on that one vacation he took three years ago again. No the end of the weekend is for dreaming of the freedom that the next one will bring. 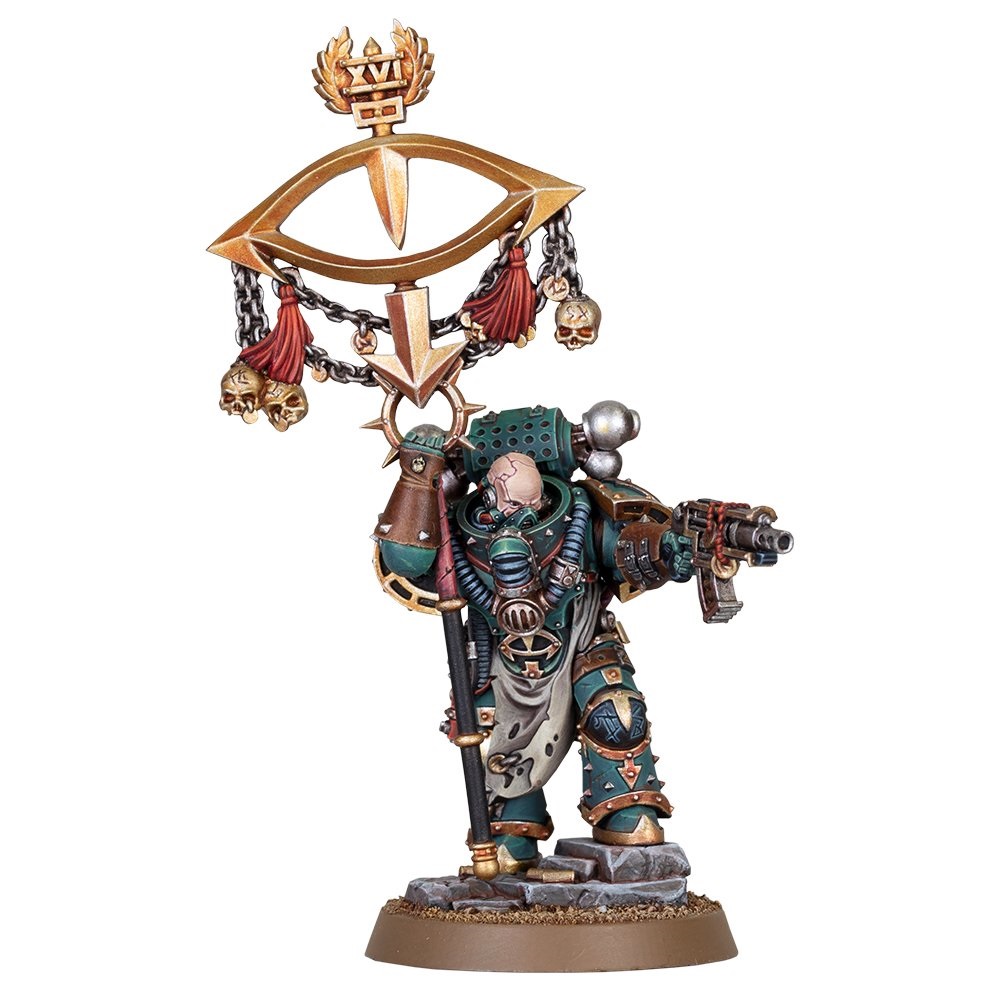 And speaking of dreams, nobody dreams bigger than the Warmaster himself, Horus, who dreamed a dream so big that the galaxy cracked in two and the Imperium nearly shattered as a result. Among his many followers is Maloghurst the Twisted.

Maloghurst was a veteran legionary that served the Luna Wolves and Sons of Horus throughout numerous campaigns during the Great Crusade, earning the nickname ‘Twisted’ due to his formidable mind. The title took on a cruel double meaning when enemy forces shot down his transport during the pacification of planet 63-19, and he was left badly injured. Afterwards, Horus sent a communique to the entire Legion banning the usage of unkind nicknames.

When the heresy kicked off, Maloghurst proved himself to be one of the Warmaster’s closest confidants. While his injuries meant that he could no longer fulfil the role of frontline warrior, he was awarded the honour of carrying Horus’ personal icon.

And carry it indeed he does. He opens up new options for building a Sons of Horus army, and plays particularly well with Reavers, so get ready to field him in your games of Horus Heresy. 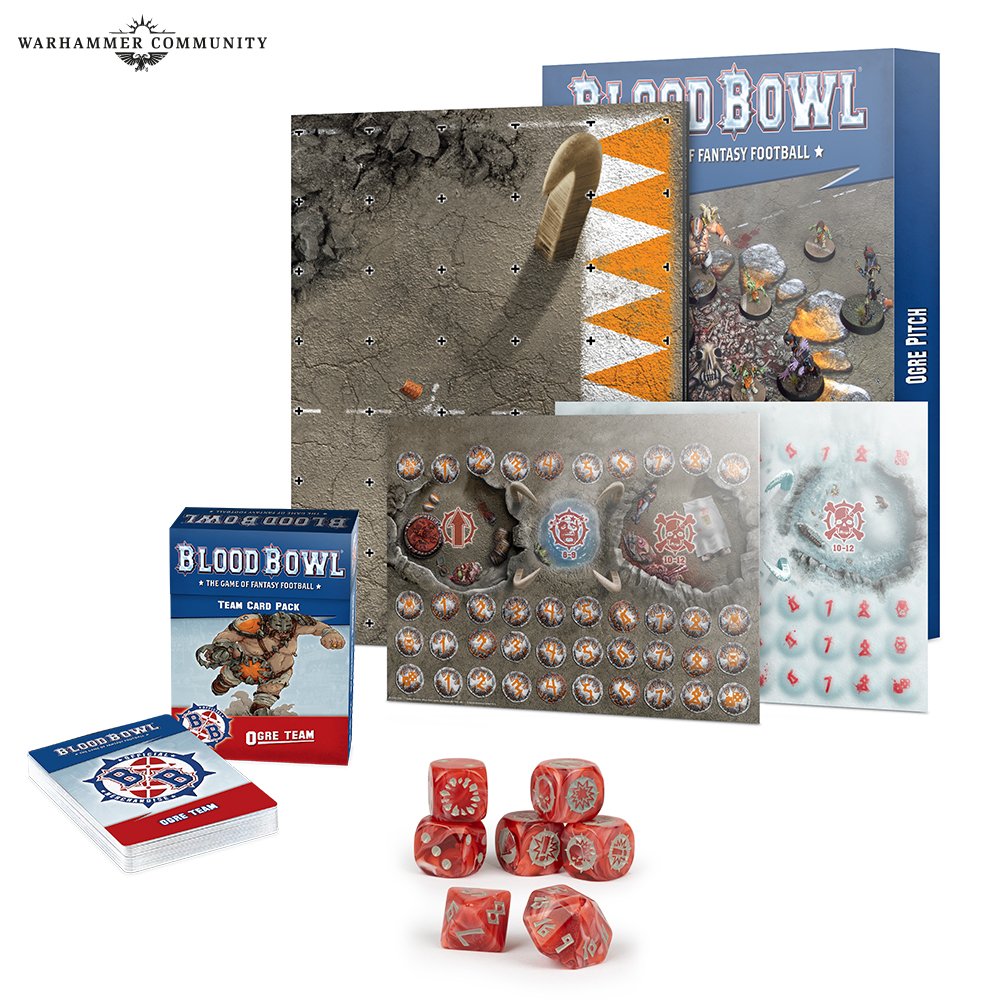 But other big dreamers, literally, are the Ogres of Blood Bowl, who dream big because they’re big themselves. It’s hard not to have big dreams when you’re the size of a house. And the Ogre teams in Blood Bowl are going to get a fancy new upgrade this next week, with a doubl-sided Blood Bowl pitch (and matching dugouts) as well as an updated Ogre Team Card pack which includes 44 handy reference and Special Play cards, as well as a set of custom dice.

So if you’re seeking gridiron glory, get out there and win it.

Author: J.R. Zambrano
Bell of Lost Souls Staff Writer and DM, J.R. covers RPGs of all stripes and on occasion eats sandwiches. You can ask him about either at [email protected]
Advertisement
BloodBowl Tabletop News Warhammer 40k
Advertisement

Goatboy's Warhammer 40K: - So You Have Too Many Drop Pods! 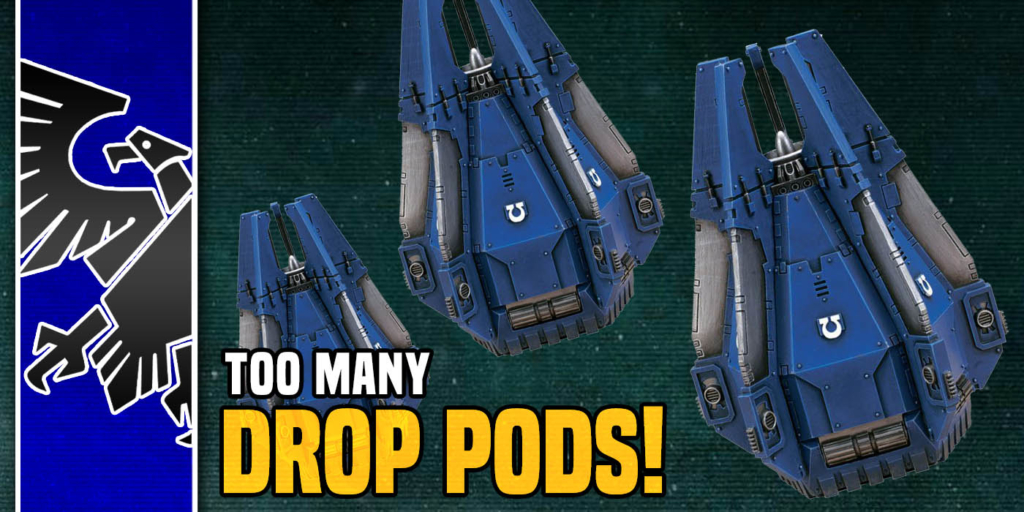