Age of Sigmar: How to Play Soulblight Gravelords – Vyrkos 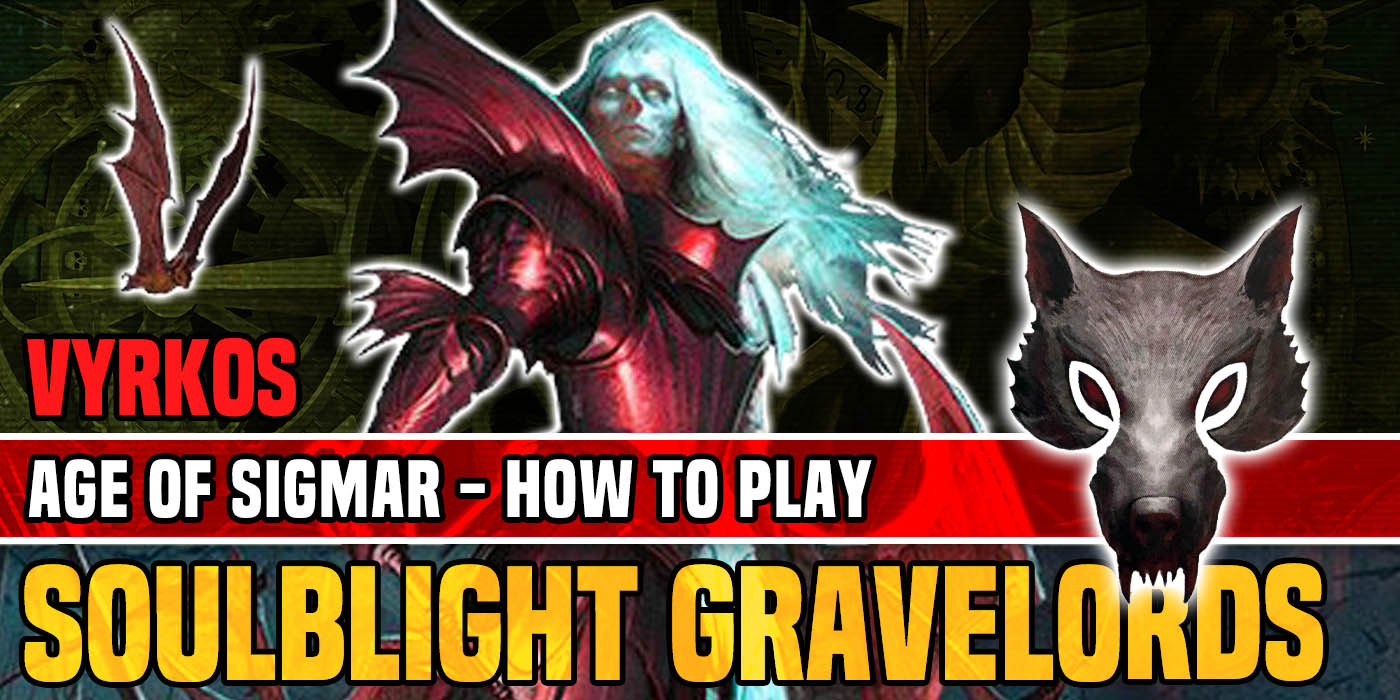 Today we look at how to play Soulblight Gravelords Vyrkos in Age of Sigmar. There’s a new wolfpack in town, and their bite is JUST as bad as their bark.

Continuing our series on the 5 vampiric bloodlines in the new Soulblight Gravelords battletome, we have the newest addition to Nagash’s army, the Vyrkos Dynasty. Making their first appearance in Cursed City, the Vyrkos vampires are a more bestial and animalistic bloodline, with ranks of lesser undead surrounding a cadre of Vampiric alphas. That said, let’s take a look at these guys and how they function on the battlefield.

Unlike the other Soulblight, the Vyrkos gain their powers from a series of totem spirits, primarily wolves though they also revere rats, bats, and other creatures of the night. These totem spirits give the Vyrkos power over their animal totems and alter their bodies to resemble their guides, manifesting claws, canine fangs, and paws, or even enabling them to disintegrate into a horde of rats. One of their primary leaders, Radukar, was able to keep a stranglehold on a large city in Shyish and likely would have succeeded in turning all the populace into undead monsters had it not been for the invasion of a powerful group of heroes. Still, Radukar had enough success to make the Vyrkos a powerful force in the Realms, and Nagash was all too happy to add them to his entourage. 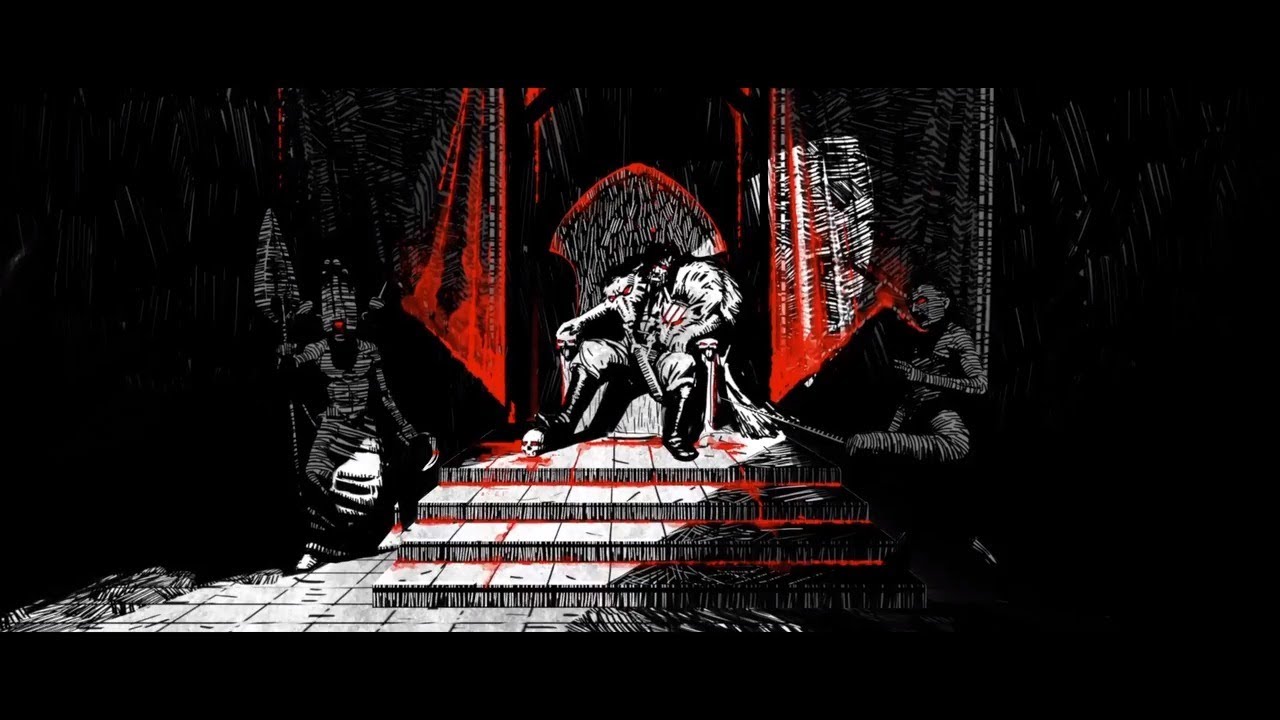 The Vyrkos dynasty can boast one of the most aggressive playstyles in the battletome and can turn even their mediocre battleline into powerful fighters. They also have some of the most effective spellcasting, and their heroes can pull off some awesome tricks.

Signature Rules
How you play and what rules you worry about depends on your bloodline, but these are the basic rules you need to know for this army.

In addition, Vyrkos armies have the following army rules:

In a Vyrkos army, these are five units you’ll always want to consider. 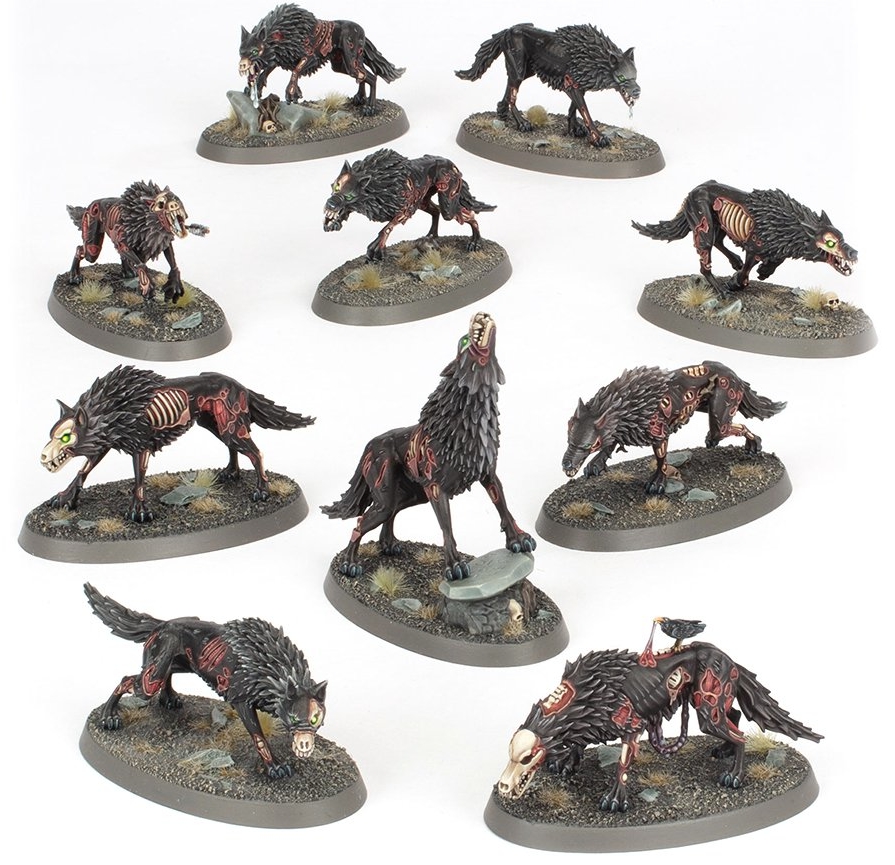 Dire Wolves – These guys will probably be your primary battleline, both thematically and stat-wise. They’re a fast, strong, summonable battleline with an extra wound to keep them in the fight longer. A full stack of these can prove to be a nightmare to lightly armored infantry or warmachines. 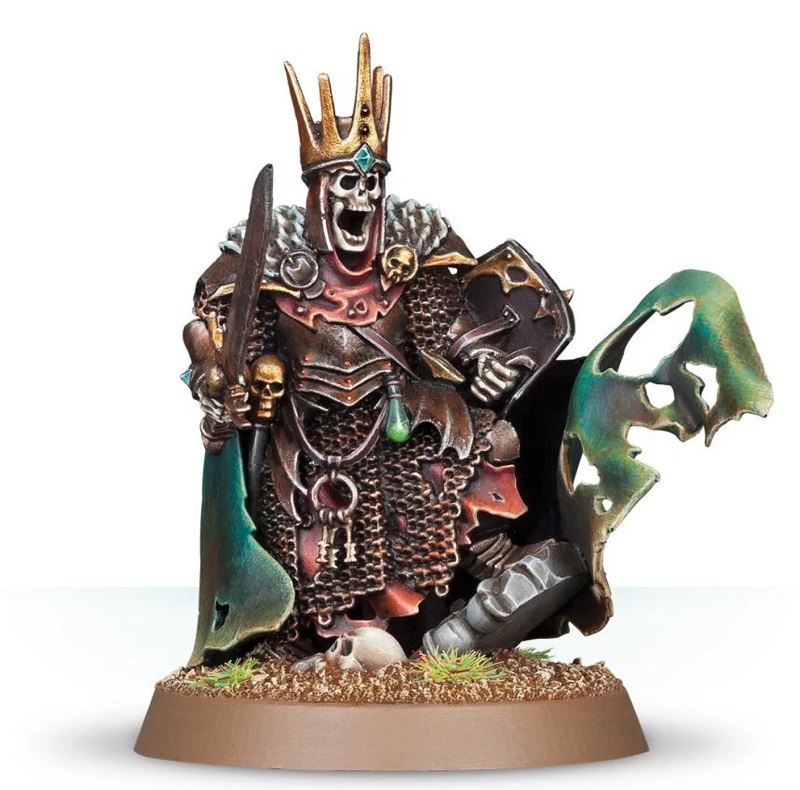 Wight King – Probably not what many people would default to since it isn’t a vampire, but it actually makes a pretty phenomenal general alongside your special generals. He makes Grave Guard battleline, and since he has the Deathrattle keyword, your Vampires will buff him to a 2+ to wound. Go with the on-foot version in this case since you’ll want him near your Grave Guard and because the infantry version has better mortal wound production, in my opinion. 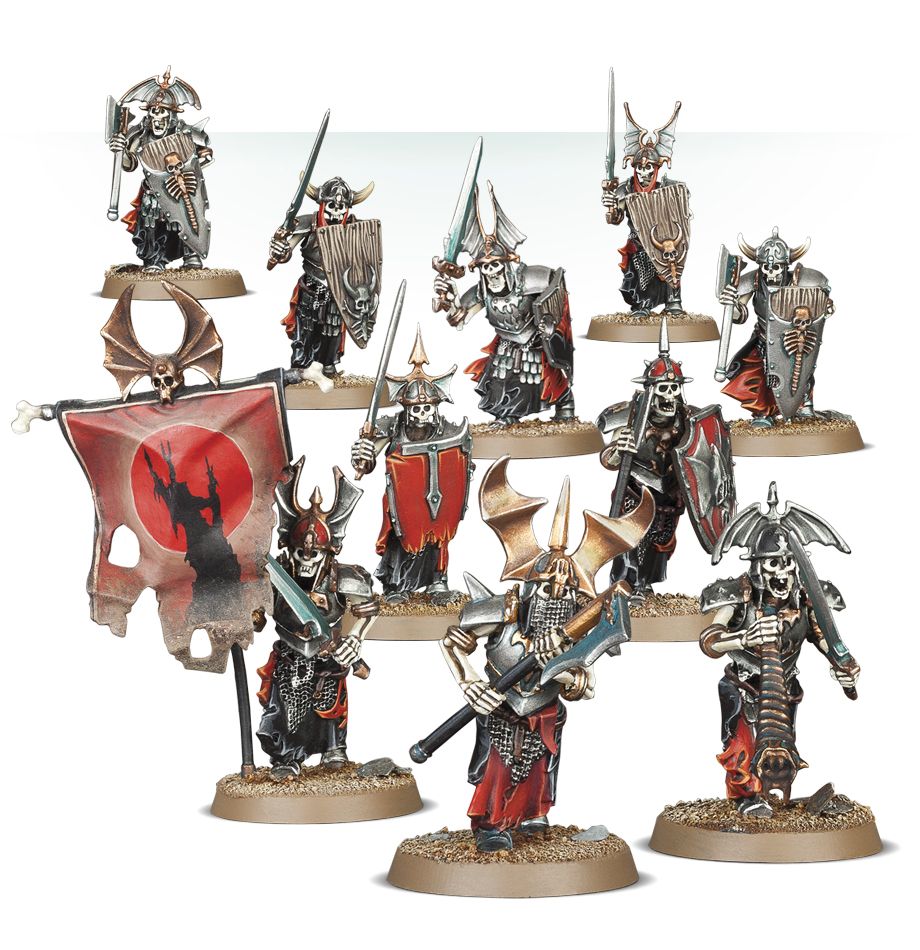 Grave Guard – Another good battleline unit so long as you pick the Wight King, and powerful if they’re close to one of your heroes. The Great Weapon option is 100% the way to go, as you want these guys doing damage, not holding lines. 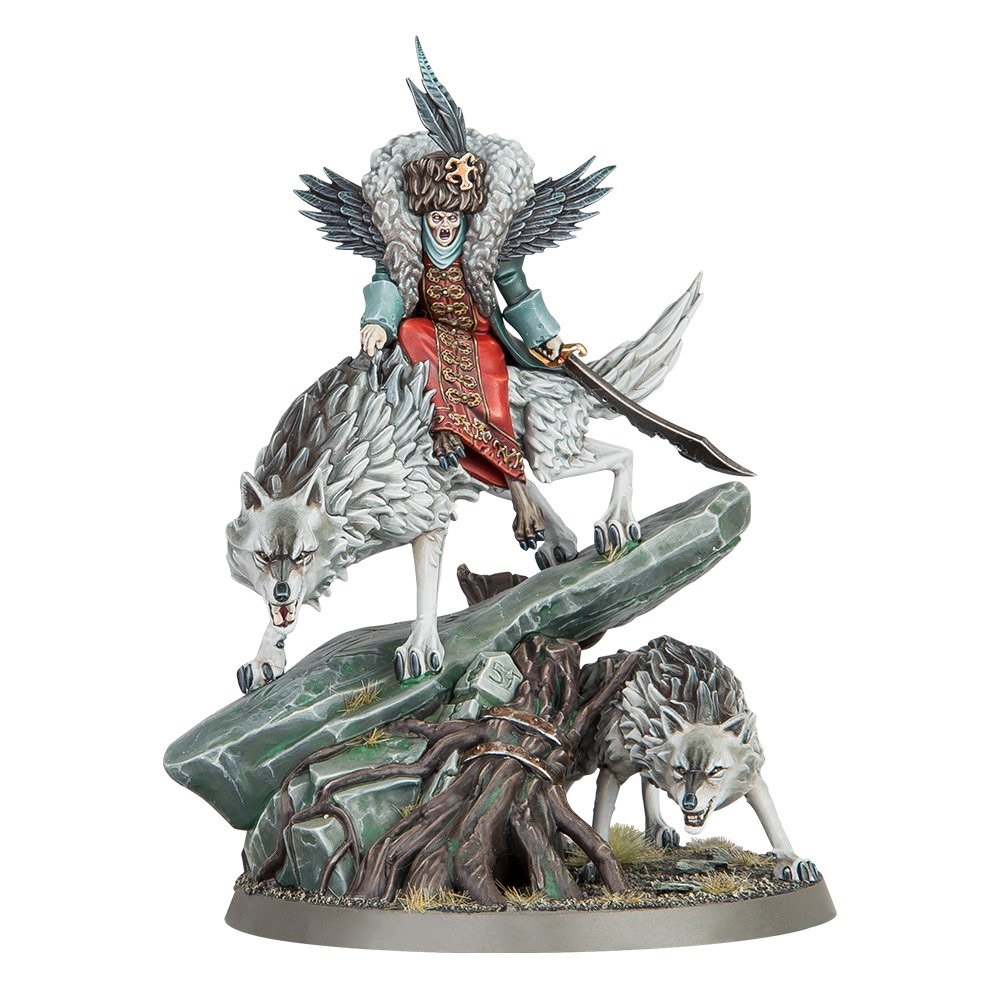 The Wolf Queen herself and a powerful hybrid caster in her own right. Counts as an additional general, can cast two spells a turn to either turn your enemies into wolves or give everyone wholly within 12″ exploding 6s, and can dish out plenty of damage in her own right. Plus, she’s fast enough to keep up with your Dire Wolves and keep them buffed. Definitely include this amazing lady. 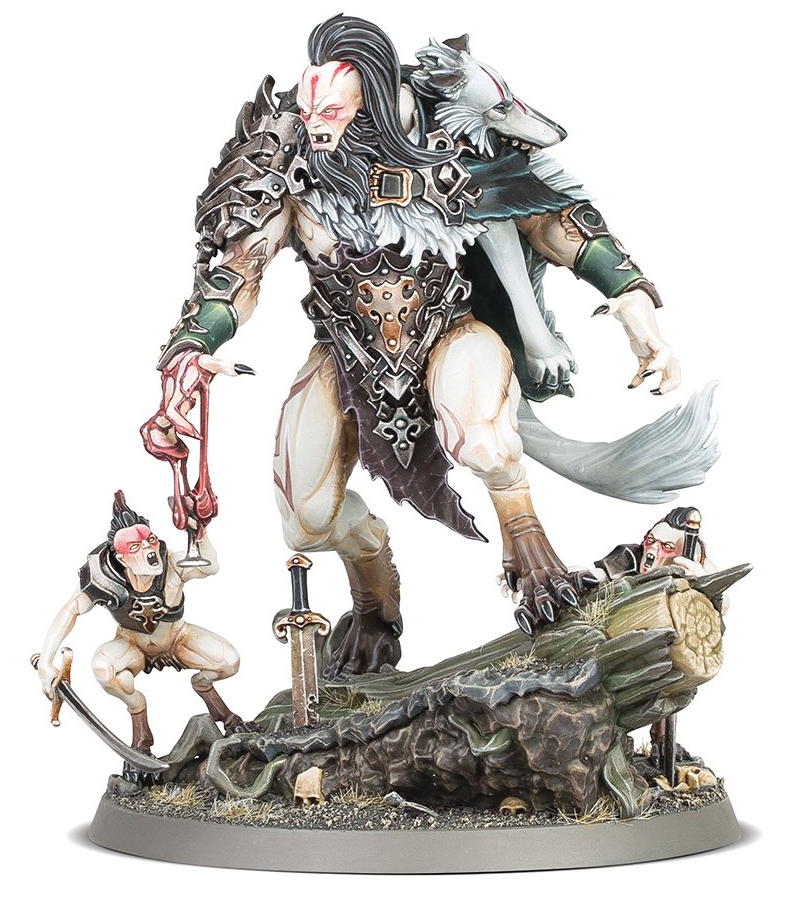 The result of getting your well-laid plans for domination ripped away when you’re already a bit unstable, Radukar has turned into a truly terrifying monster, lore and gamewise. While he’s a bit expensive, he makes up his points pound for pound with a devastating array of attacks and abilities. Also counts as an additional general, so you’ll have command bubbles all over the table. 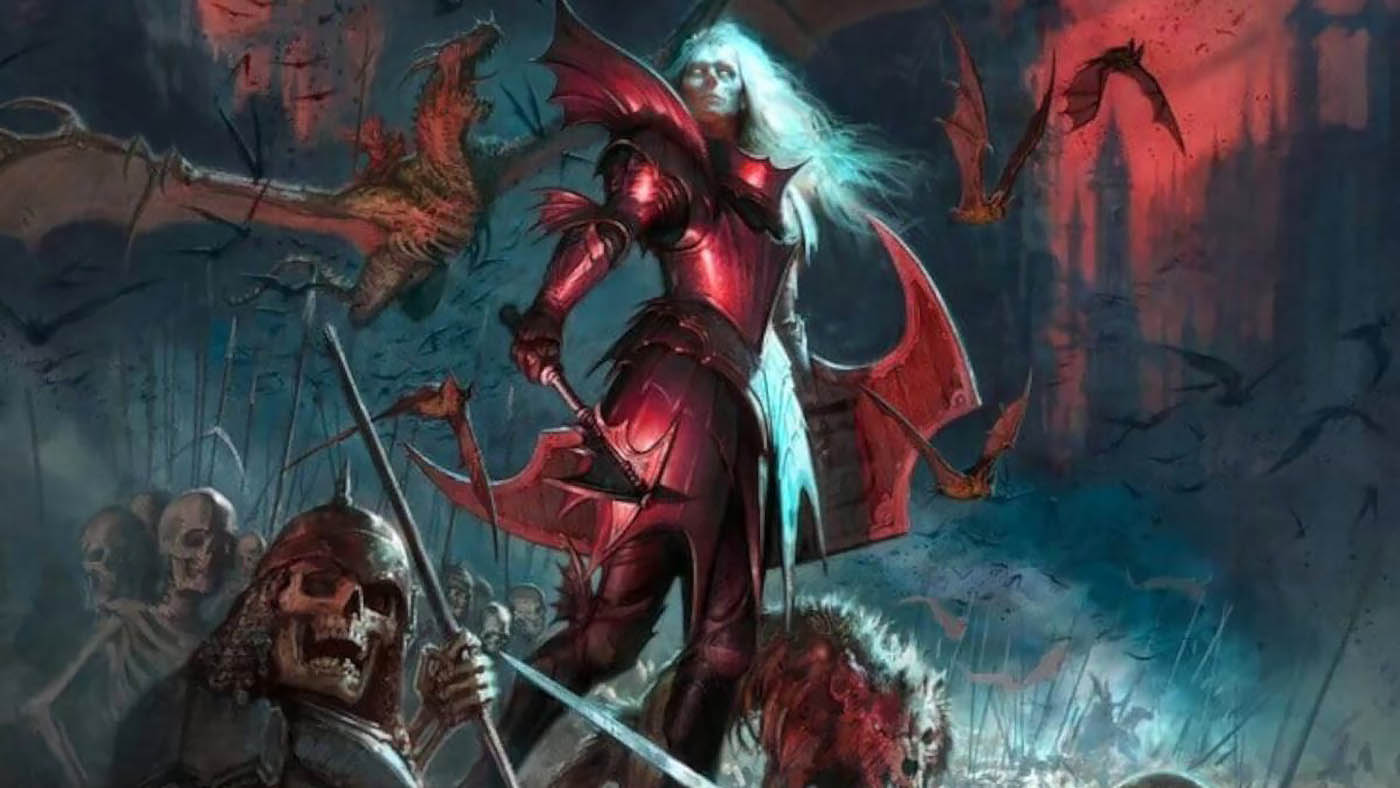 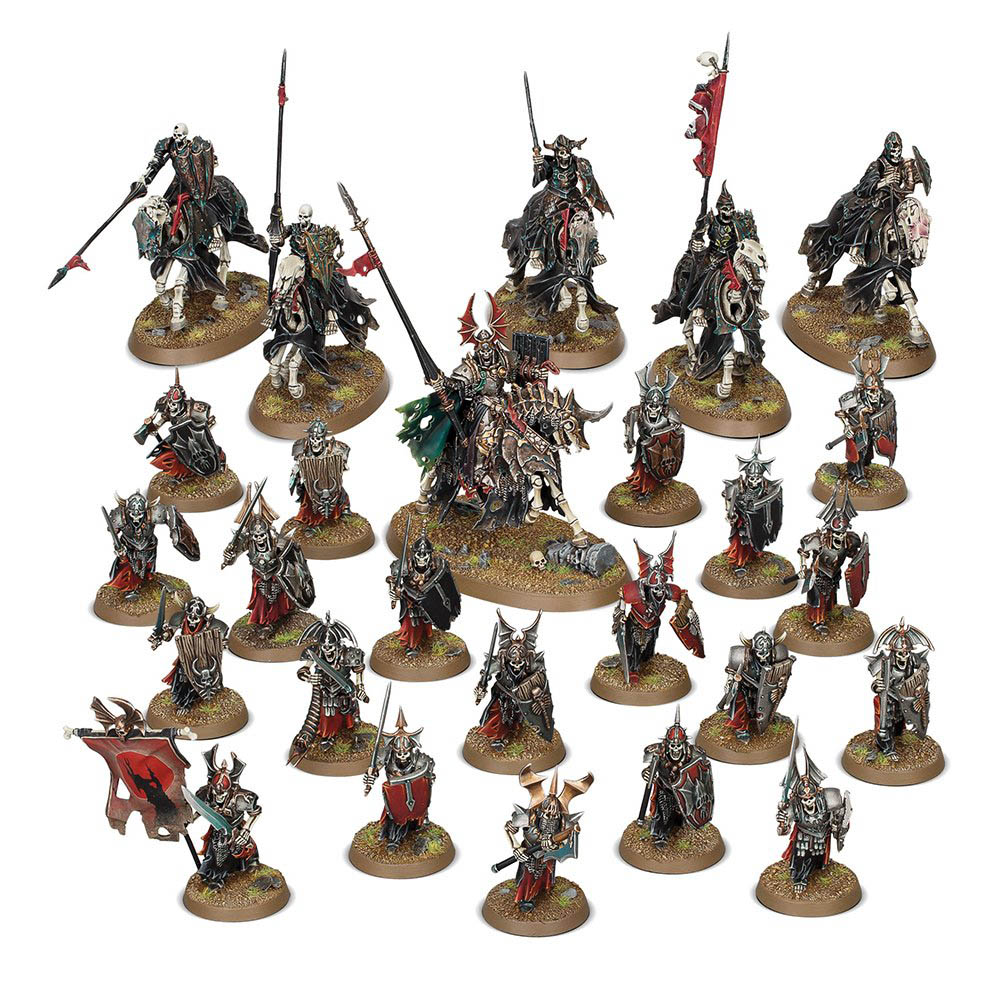 Overwhelm your enemies with your pack of Vampiric generals and your empowered undead. Try to prioritize spellcasting to buff your battleline and keep the pressure on your enemy with your fast-moving units. Know when to hit the flank and when to let the enemy bleed a little.

~Howl at the Moon!

Author: Clint Lienau
Originally from North Carolina, Clint comes to Austin as the latest in a long list of haunts of a wandering actor. An avid gamer, writer, actor, pyrotechnician, and general nerd, he writes two Age of Sigmar weekly articles for Bell of Lost Souls from a slightly less than meta angle, plus a weekly tournament roundup. When not busy being a clueless cowboy, Winterfell Bannermen, or whatever else acting life throws at him, he enjoys reading folklore from around the world, writing narratives for his Wargaming armies, or watching all the movies he can. Look for his storytelling podcast, By the Dancing Fire, or find him on Twitch at RedWendigo13.
Advertisement
Age of Sigmar AoS Death How to Play
Advertisement 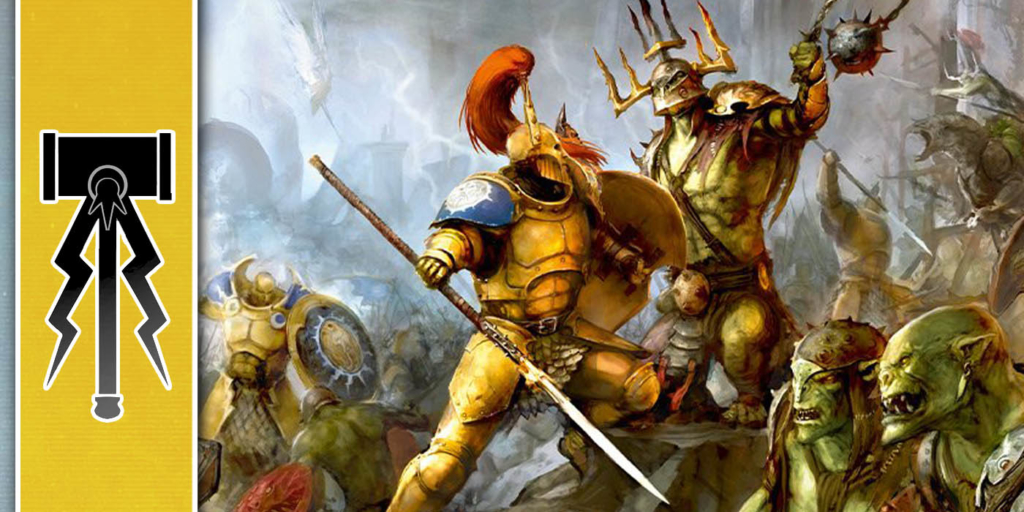