Games Workshop Rumor Engine: This One’s For The Birds

Or maybe an Eagle which is a bird. It’s a new Rumor Engine – what could this one be?

It’s Tuesday which means it’s time for a new Rumor Engine and this one took a trip to Portland. In any case take a look and see for yourself what you can make of this one.

“We’ve tried everything that we can think of to get the Rumour Engine to send us pictures from the future that show a full model – honestly we have! Threats, treats, prayers to all of the gods from the 41st Millennium AND the Mortal Realms, and we still get sent this.” 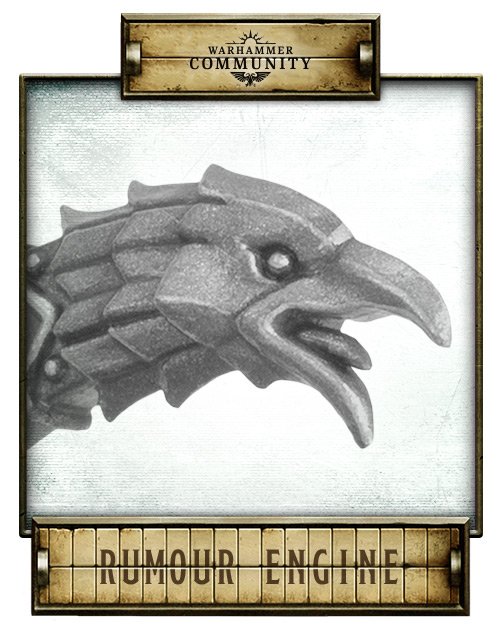 Rock, Flag, and Eagle. It’s only a few days late for the Four of July. So what could this be? Well the Eagle is a well known symbol for the Imperium. And who else wears it more proudly than the Emperor’s (literally) Golden Boys of the Adeptus Custodes?

They are called Dawn EAGLE Jetbikes…

But wait, speaking Eagles and the Emperor, you know who else rocks the Eagle? 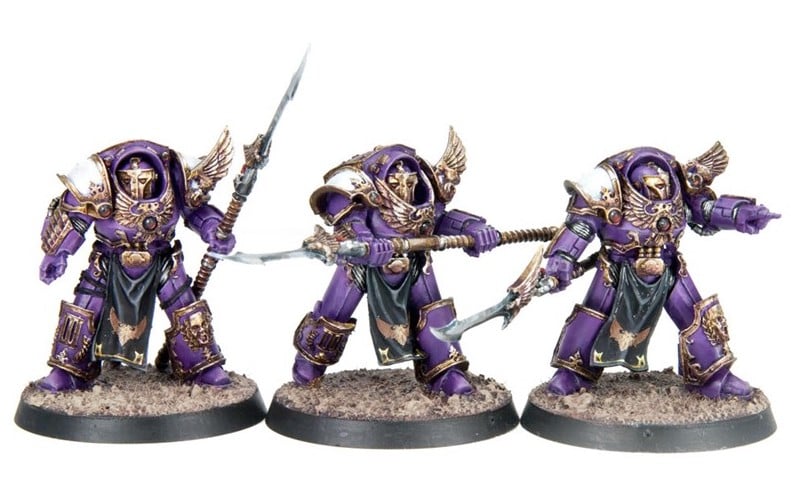 It’s the Emperor’s OTHER Children…

There’s also the random other bird motif that is the Lord of Change…although that’s a lot more organic vs metallic. 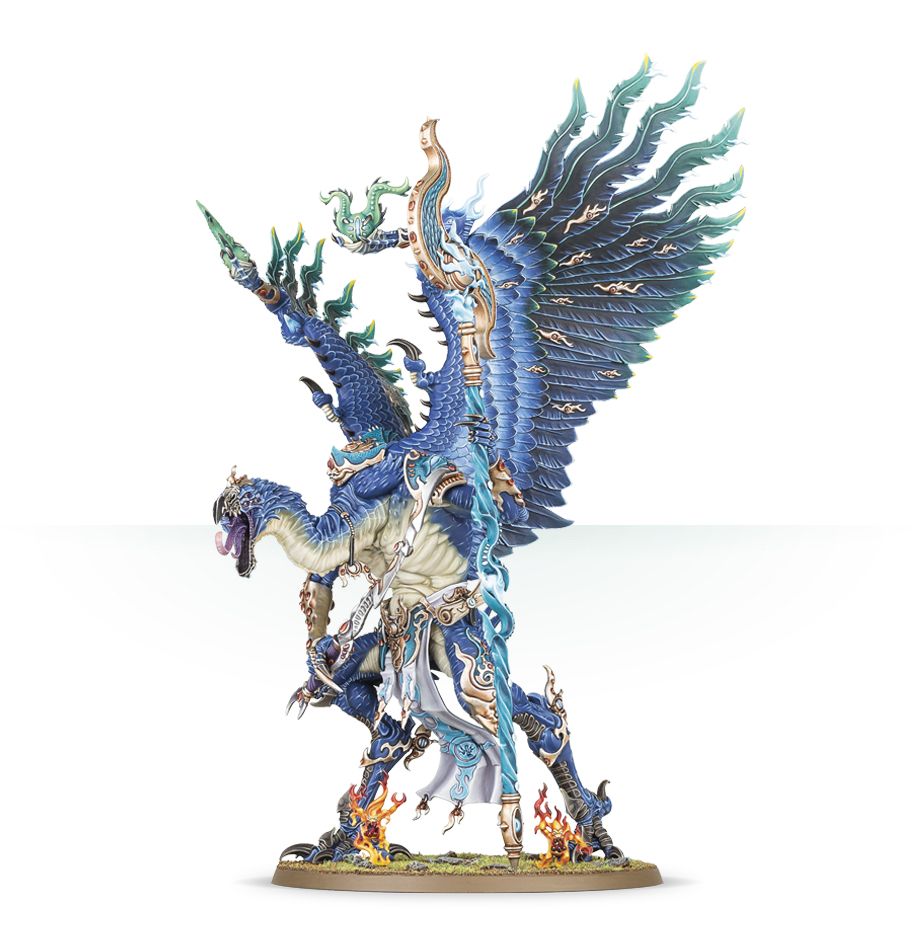 This could also be something from the Mortal Realms as well. Sigmar’s warriors have some bird-like option (although they are more into Lightning). But the Cities of Sigmar also have Eagle-wearing folks as well. 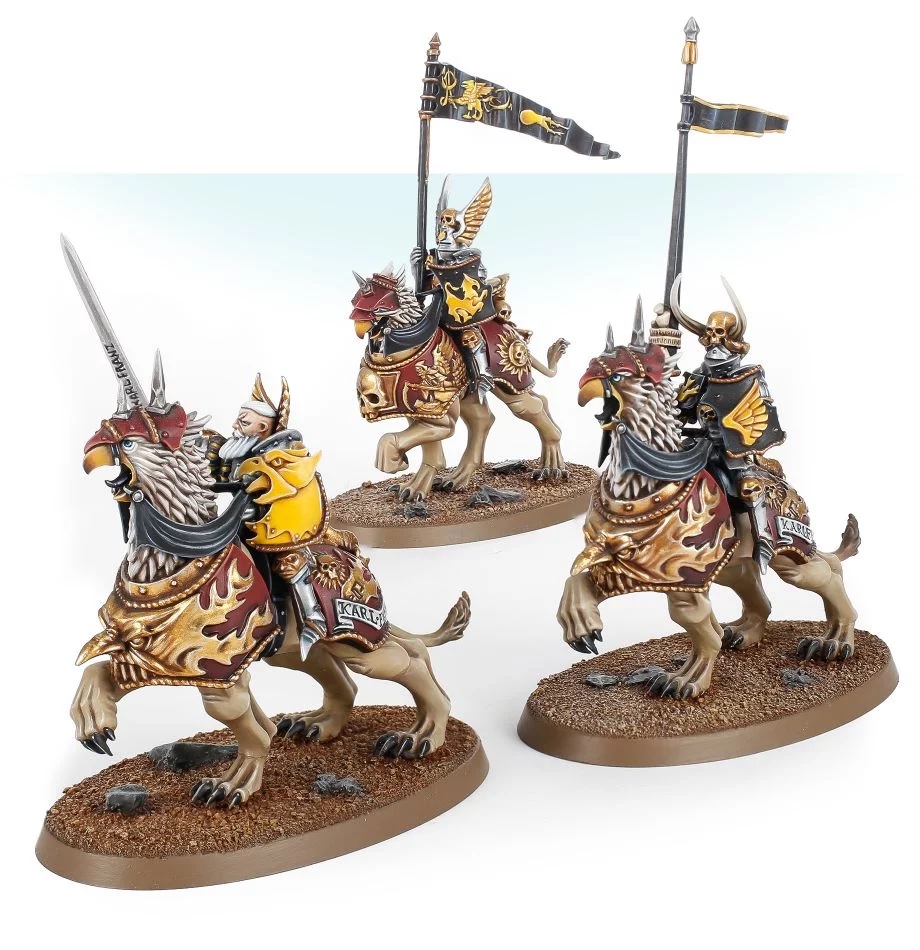 Eagles? More like Gryphons. Or Demigryphs in this case.

The point is that there could be lots of different things running around with Eagles around. So here is where we kick it over to you, Internet Detectives! If you’ve got an idea of what this Rumor Engine could be we want to read it in the comments. So drop us a line and play along with the Rumor Engine.

I think they put a bird on it.

Author: Adam Harrison
Writer, Editor, Texas Native, and Austinite for 15+ years, Adam covers all things Tabletop Gaming. Which includes Warhammer 40,000, Age of Sigmar, D&D, Board Games and everything else that involves dice, boards, cards and a table. A hobbyist, player, and collector of miniatures and games, Adam's current obsession are his Death Armies for Age of Sigmar, his Blood Angels and Tyranids for 40k, and his ever growing Arkham Horror: The Card Game Collection.
Advertisement
Adeptus Custodes Games Workshop Miniatures Rumor Engine Warhammer 40k Warhammer 40K 9th Edition
Advertisement 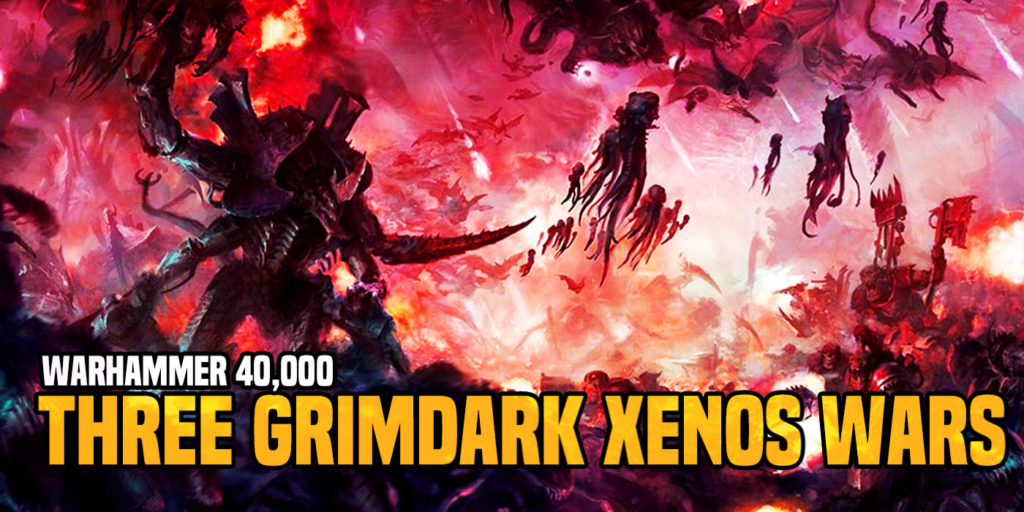