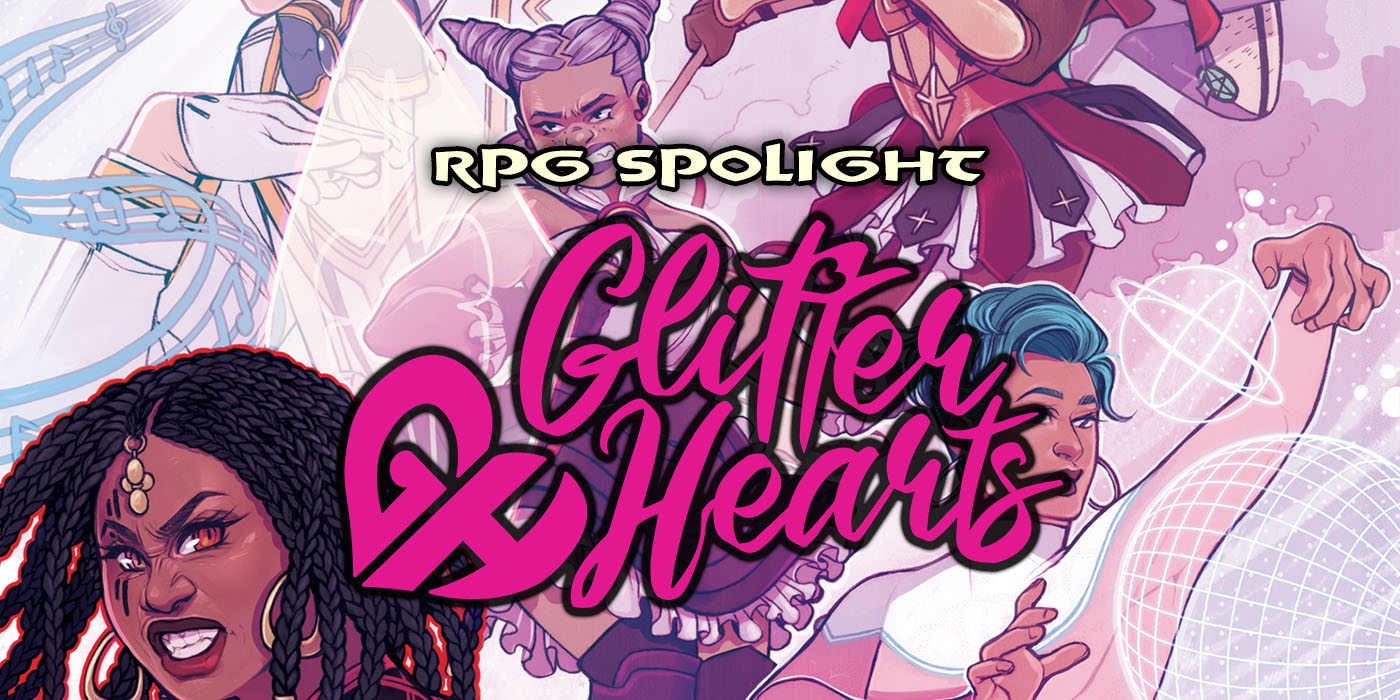 We’re using the powers of love and friendship to take on the forces of evil this week with magical team genre and anime inspired Glitter Hearts.

Built around the concept of the magical hero team genre, Glitter Hearts is an RPG that draws its inspiration from Sailor Moon and Power Rangers. Friendship and teamwork are key focuses of this system, and for my exact age and interest demographic that grew up enamored with Power Rangers, Sailor Moon, and the concept of having a close knit group of core friends like all of those cool evil fighting teens on TV, it’s the perfect hit of nostalgia. Game creator Greg Leatherman took to Kickstarter in September of 2019, funding the entire game and three levels of stretch goals for a mid 2020 release. 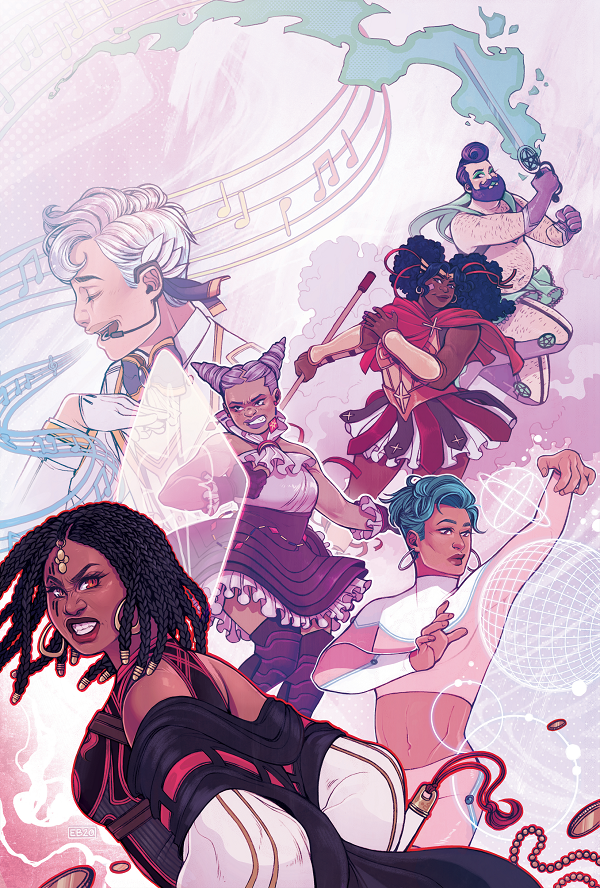 Aiming to feel a little a shoujo anime at your game table, Glitter Hearts is a tabletop roleplaying game that brings part of the anime genre to our group without all of the crunchiness of a BESM style system. In fact, Glitter Hearts makes it just about as quick and easy as possible to go from saying “Hey, do you want to play a magical girl game?” to rolling dice by utilizing a version of the hyper simple and narratively focused Powered By The Apocalypse system.

The stats for Glitter Hearts are Physical, Emotional, Mental, Mystical, and Persona with a list of moves to chose from both in your character’s normal person and magical girl forms. And if you’re used to the regular PbtA characters and wish you had a little more freedom than the usual checklist style approach to character creation, Glitter Hearts may be the perfect middle ground for you. Character sheets are by and large blank with a master list of basic moves to chose from. What kind of magical girl you’ll be and what their skills are really is up to you. Gameplay and combat stays about as easy as your average PbtA game though, with a 2d6 system of successes, mixed successes, and failures falling somewhere on the zero to twelve scale. 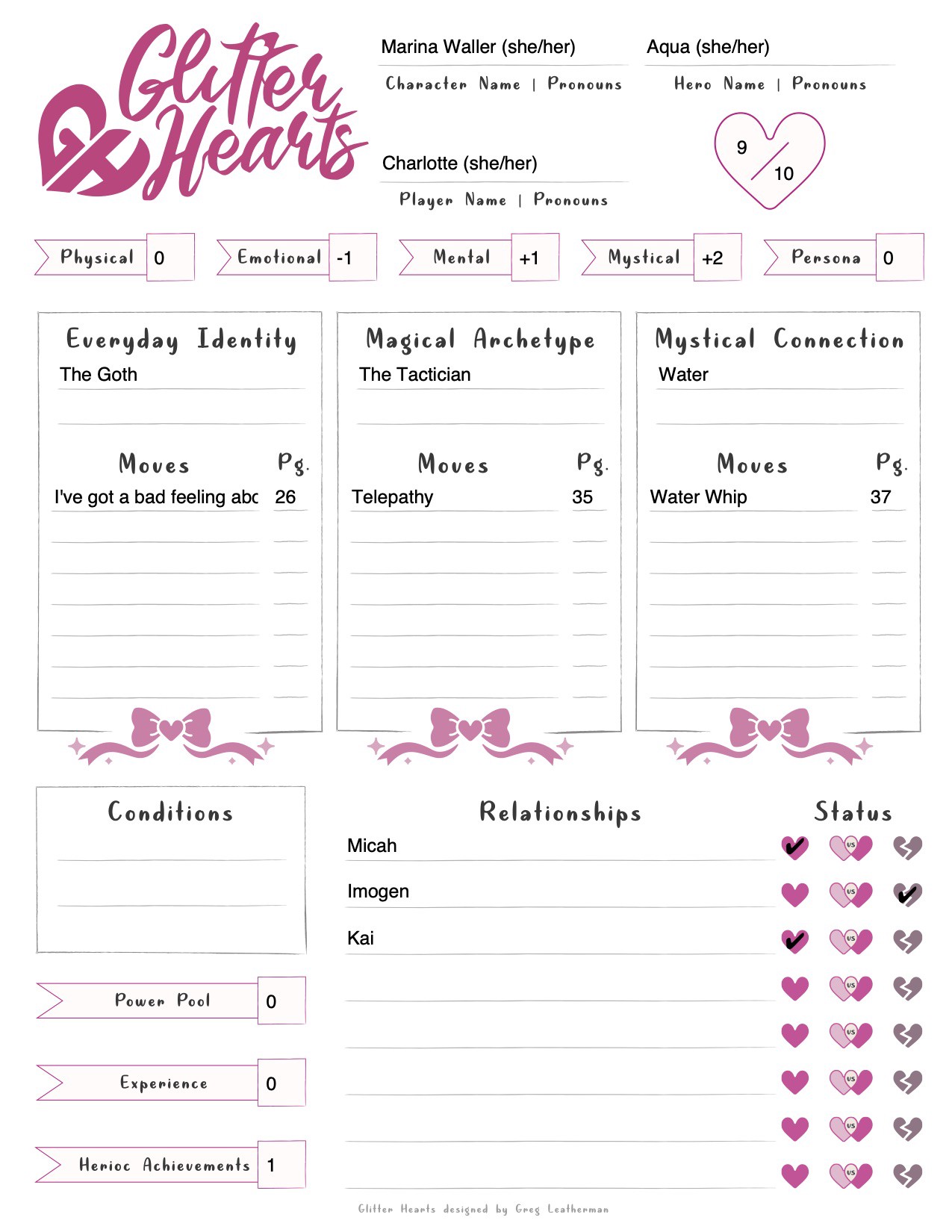 Of course, this is a PbtA game and there are character archetypes to use as a guide. Magical Archetypes in Glitter Hearts are warrior, witch, idol, defender, and tactician, and their site includes optional rules for “Precious Stone Heroes.” Or, you know, Steven Universe, complete with fusions, and advantage for breaking into song.

The simple and light nature of Glitter Hearts and the Powered By The Apocalypse system makes this an ideal system for low key games with newer players and quick one-shots, but equally suited for longer narrative stories with character arcs and emotional growth. And Glitter Hearts wants your characters to have emotional character arcs and growth. Relationships with other characters at the table are a key part of your character sheet and some of the moves focus on using the powers of friendship and love for good. 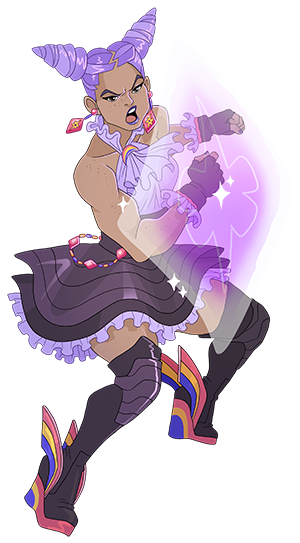 This is a game that’s light and cute with just enough nostalgia mixed in. It can be kid friendly, a way to introduce somebody to the wide world of tabletop RPGs, a game that you pick up to run a quick one-off anime session, or even a way to finally get that over the top shoujo anime themed game you’ve had in mind for five years at this point off of the ground. But most importantly, Glitter Hearts is fun.

If you’d like to check out Glitter Hearts for yourself, you can find more information on the Leatherman Games official website. 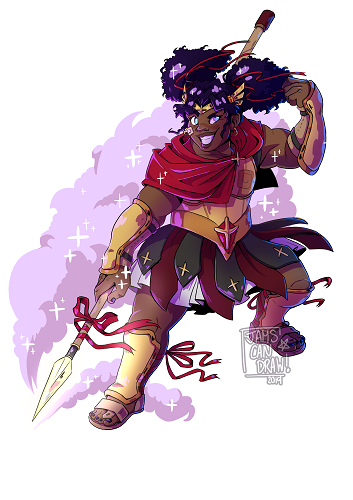 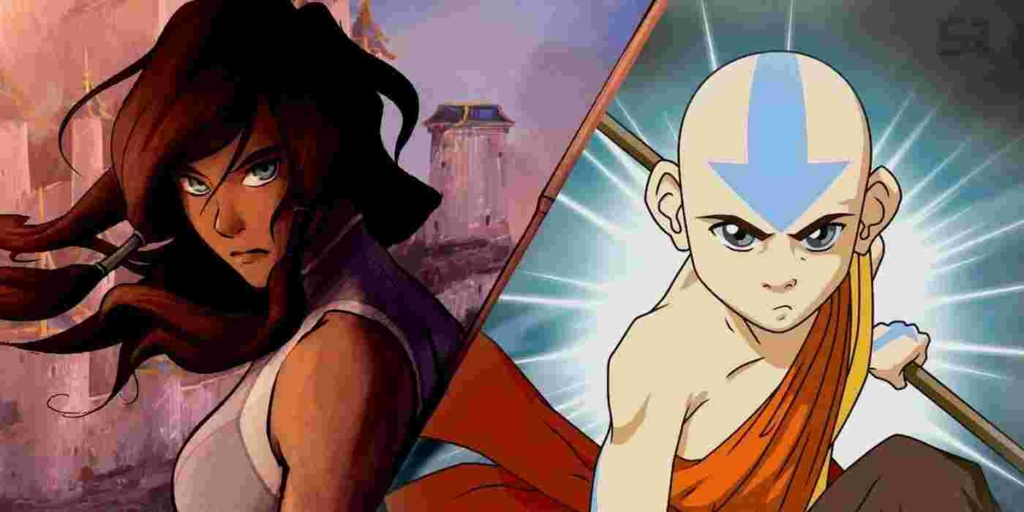