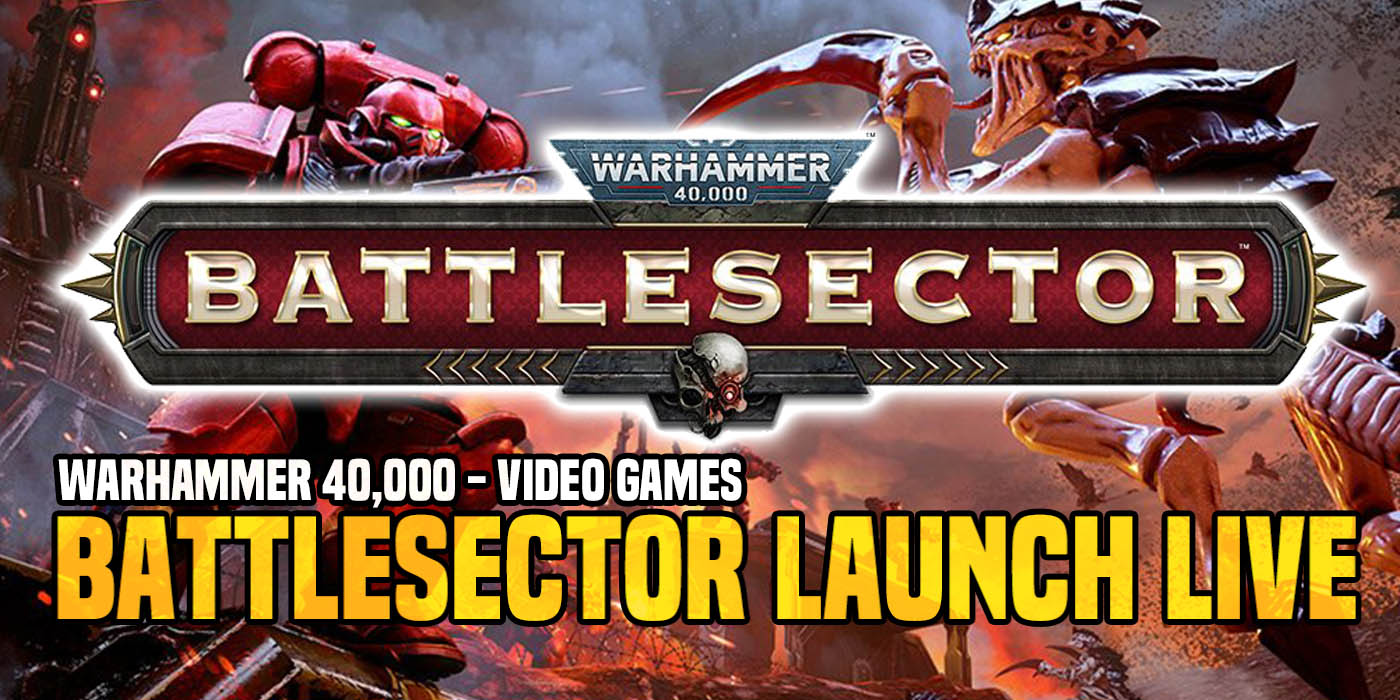 The folks that brought us Warhammer 40,000: Gladius are back with another video game. Battlesector is now live!

Slitherine Games is back with a brand new Warhammer 40,000 video game offering with Battlesector and it pits the Tyranid Hive against the Blood Angels in a bloody conflict that you get to help determine. If this is your first time hearing about the game (or if you just want a good cinematic intro) then check out the official video trailer:

That’s a pretty epic intro to the game and setting. But I know what you’re thinking “oh that’s just a cinematic trailer – that’s not how the game is.” And yes, you’re right…which is why there’s a better look at the actual gameplayer:

As the gameplay trailer shows, this game is a “battle-scale game of turn-based strategy set in the grim darkness of the 41st Millenium.” Players can take the reins as the Blood Angels in a single-player campaign that features a TON of Space Marine units from some iconic classics to the newer Primaris Marines. This game actually marks the Primaris Marines first time in a video game.

There are more than 20 single player missions to tackle and you’ll be able to unlock and develop your army lists for each one. And if those missions aren’t enough, there’s also a skirmish mode where you can various missions/maps with a LOT of tweaks that make the experience more customizable. 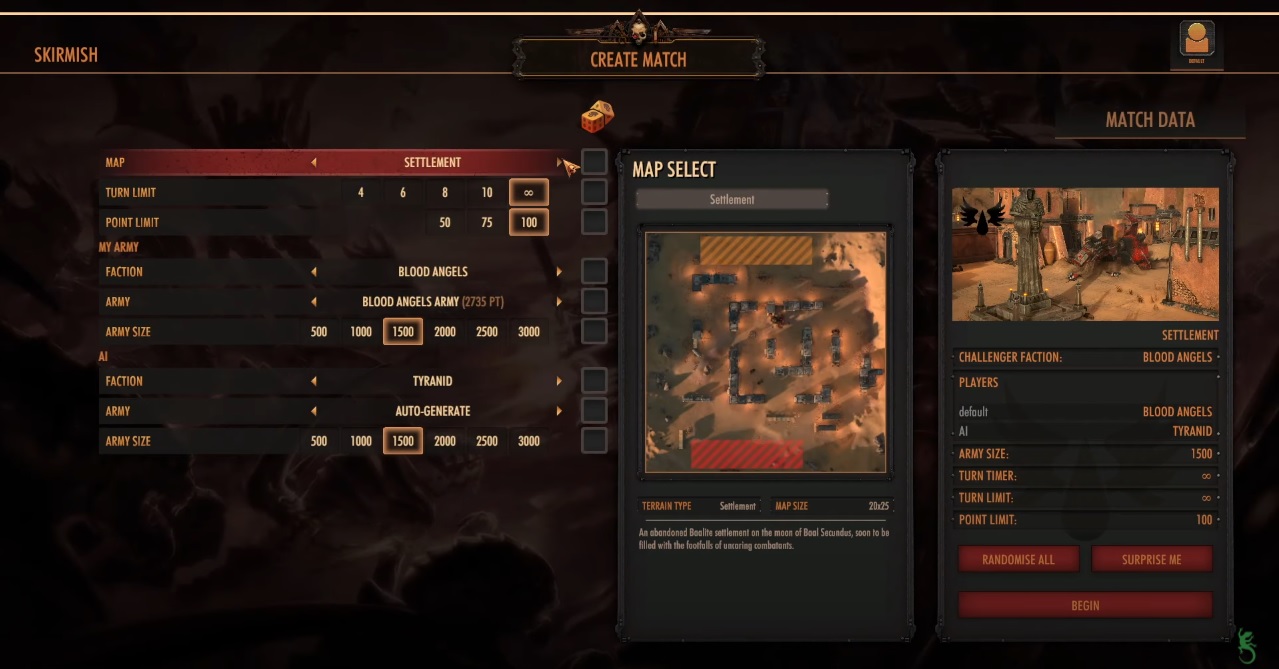 On top of that, there is also a few Multiplayer modes including a live mode to play friends or strangers as well as a Hot Seat mode as well. These should provide you with endless ways to play Battlesector. There’s also a photomode if you just want to capture and customize those epic battle shots.

Battlesector is available on Steam, Epic, GOG, and the Humble Bundle stores. It’s currently priced at $39.99.

About the game
Warhammer 40,000: Battlesector is a fast-paced turn-based strategy game set in the grimdark universe of the 41st Millenium. Pick your force, develop your army, field mighty heroes and fight for victory using superior strategy, awesome abilities, and devastating weaponry.

Age of Crimson Dawn
Experience an epic twenty mission single-player campaign that explores the aftermath of the Devastation of Baal. Help Sergeant Carleon and his allies purge the Tyranid infestation on Baal Secundus, and preserve the honour of the noble Blood Angels.

Skirmish Mode
Fight across the surface of Baal on maps of your choosing and select either the Blood Angels or the Tyranids in the Skirmish mode. Completely customize your army list by picking your units, heroes and their loadouts.

Forge Your Armies
Command iconic units like the Sanguinary Priest, the Librarian Dreadnought, and the Hive Tyrant to annihilate your foes. Use over 60 abilities and 50 weapons to orchestrate your opponent’s bloody demise.

Build Momentum
Each faction has a unique Momentum system that can result in a Surged unit. Units that Surge are able to string together superhuman chains of actions, or use the opportunity to further upgrade their abilities.

Call In Air Support
Use Command Points to call in faction-specific air support abilities. The Blood Angels Stormraven can obliterate xenos with a missile barrage, or deep strike a unit of veteran Assault Marines behind enemy lines. Meanwhile, the Tyranid Harpy can devastate the enemy defenses with its Sonic Screech, or scatter the battlefield with its deadly Spore Mines.

Face Your Friends On The Battlefield
With live and asynchronous multiplayer, and hotseat modes available, there’s no excuse not to take your friends to war.

…And Yes, you do get the option to play as Tyranids in the Multiplayer.

Defend or Devour? Which side will you choose?

Author: Adam Harrison
Writer, Editor, Texas Native, and Austinite for 15+ years, Adam covers all things Tabletop Gaming. Which includes Warhammer 40,000, Age of Sigmar, D&D, Board Games and everything else that involves dice, boards, cards and a table. A hobbyist, player, and collector of miniatures and games, Adam's current obsession are his Death Armies for Age of Sigmar, his Blood Angels and Tyranids for 40k, and his ever growing Arkham Horror: The Card Game Collection.
Advertisement
Blood Angels Games Workshop Tyranids Video Games Warhammer 40k Warhammer 40K 9th Edition
Advertisement 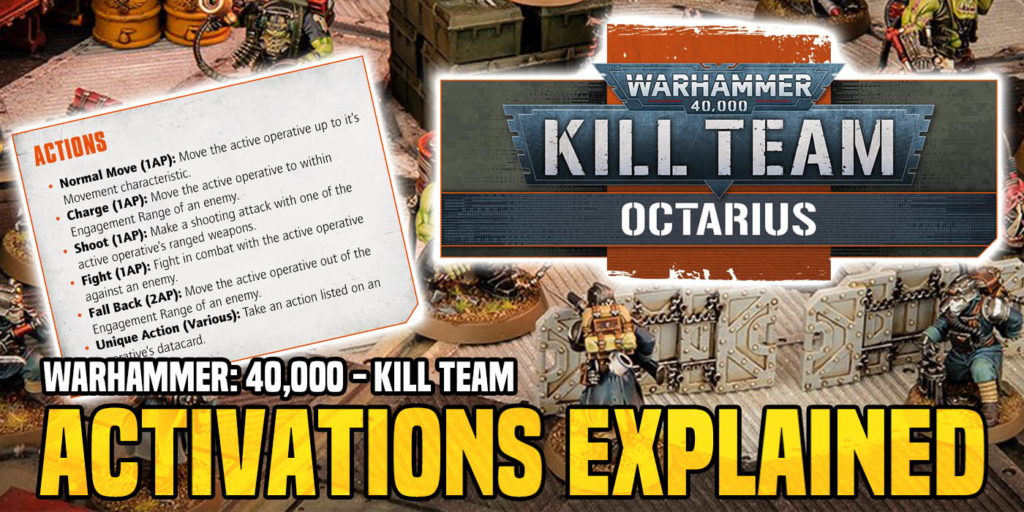