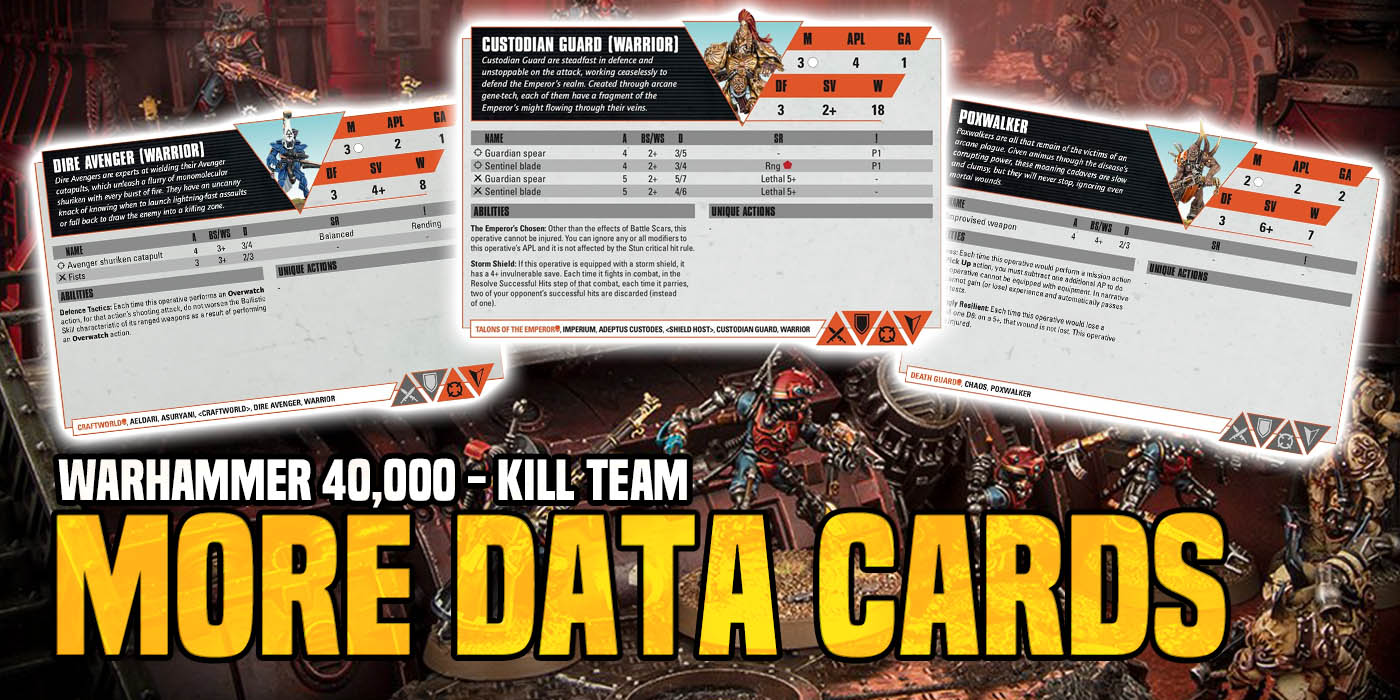 Games Workshop is teasing out some more Data Cards for the warriors you’ll be able to run in your warbands – and where you can find them!

If you’ve been wondering about how your existing Kill Teams would work in the new edition we’ve got some good news from Games Workshop. The new Compendium will have rules for “nearly every faction” except for Knights for obvious reasons. 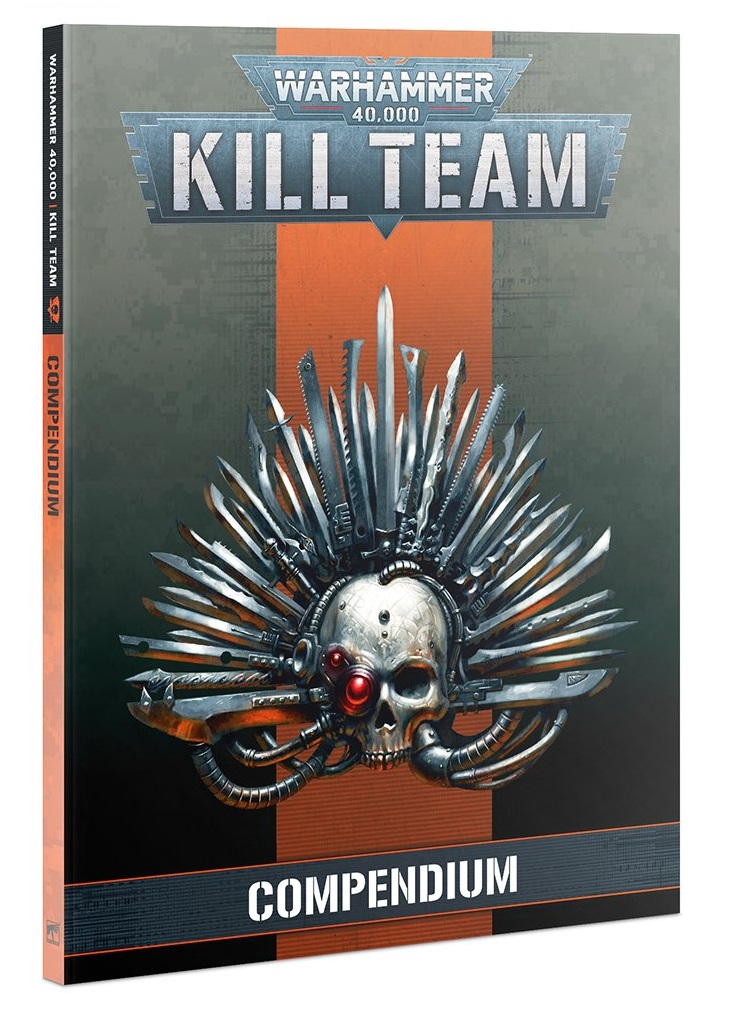 “We’re sure you’re keen to find out what you can bring to the battle, but you’ll have to wait a little longer for the full list. In the meantime, here are a few examples to tide you over until the Compendium comes out. “

Examples you say? Well let’s check them out then! 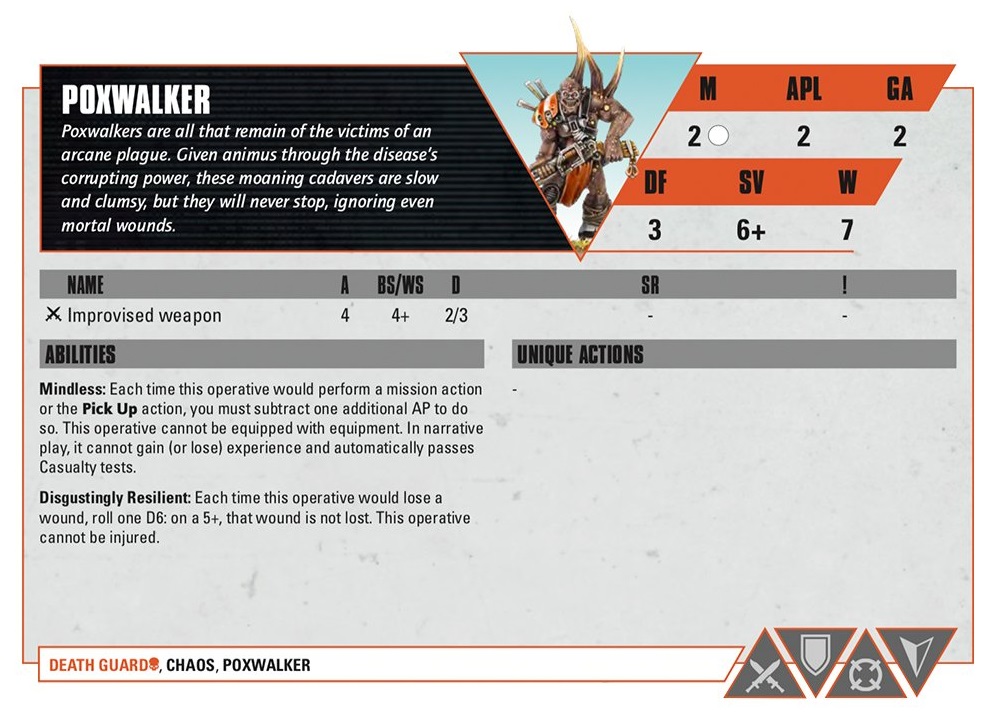 First up we have the Poxwalker. Honestly, it’s pretty close to the guardsmen we saw earlier. They aren’t too impressive and have the Mindless ability that makes it more difficult to secure objectives. However, we do know you can take 8 of them in a Kill Team for the Death Guard. And they have Disgustingly Resilient which means they can ignore some wounds taken making them even tougher. They might not be great but they are useful. 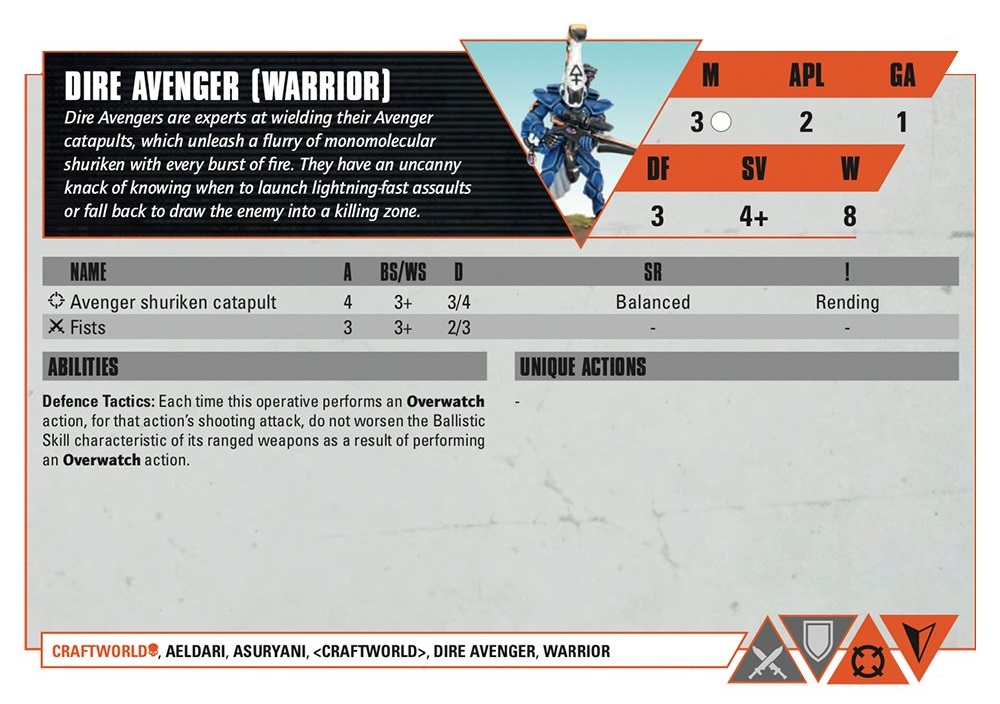 Next up we have a Dire Avenger. These warriors are going to be a good option for folks who are looking to shoot-and-scoot. They have some above average stats (compared to what we’ve seen so far), have a good shooting attack, and don’t take a penalty for shooting Overwatch. You’ll only be able to take 4 in a list, but the 4 take are going to get some work done! 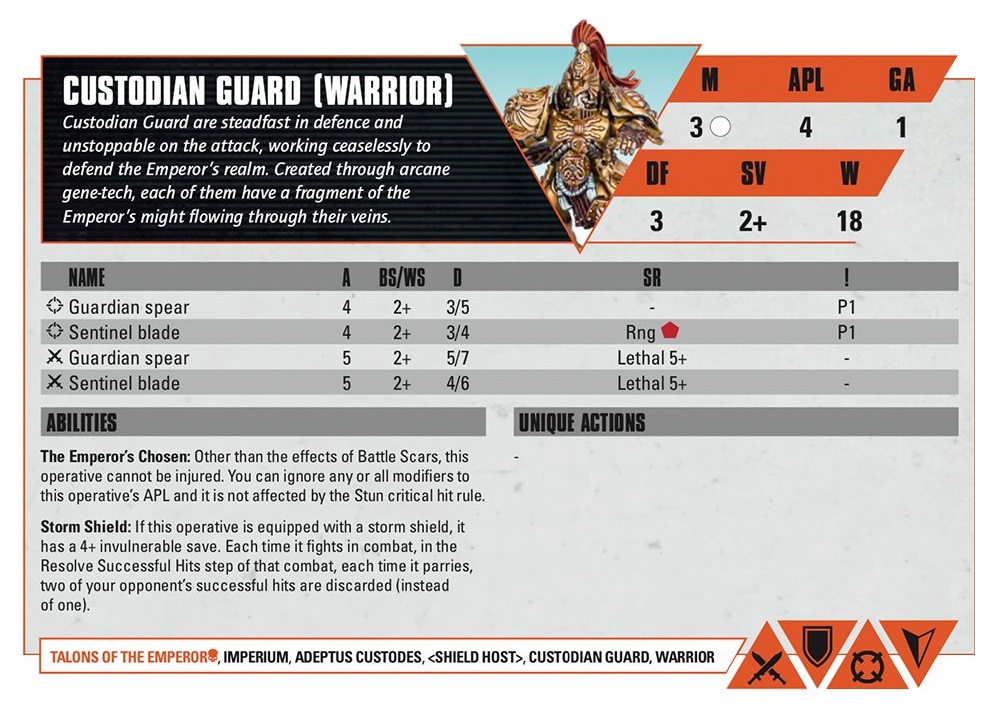 And finally we have a look at the Custodian Guard – this is on the EXTREME other end of the spectrum. And elite unit with the stats to match the Custodian Guard does NOT mess around. Note the APL of 4! We knew that was coming but still – that’s 4 action points to spend per activation. And the rest of his stats are just as bonkers. A DF of 3, a save of 2+ and 18 wounds! It’s going to take a whole Kill Team to drag one of these warriors down. And we haven’t even taken a look at the weapons…but I think those speak for themselves.

Kill Team Octarius is coming soon and so is the new Kill Team: Compendium! Get your forces ready for a new way to war on the skirmish scale.

So tempting to start a small Custodian Guard Kill Team. That’s going to be like, what, 4-5 models TOPS…right? 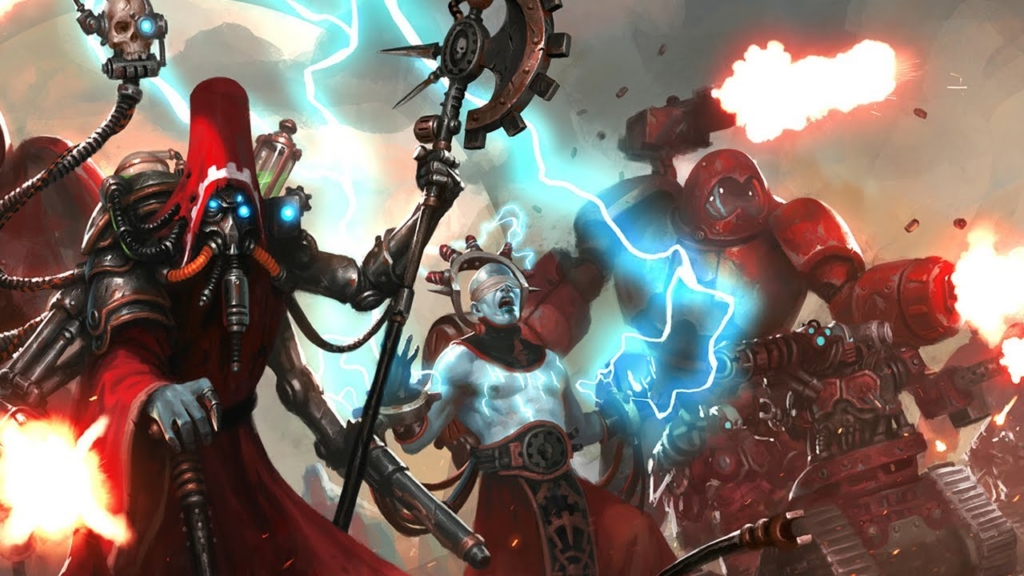