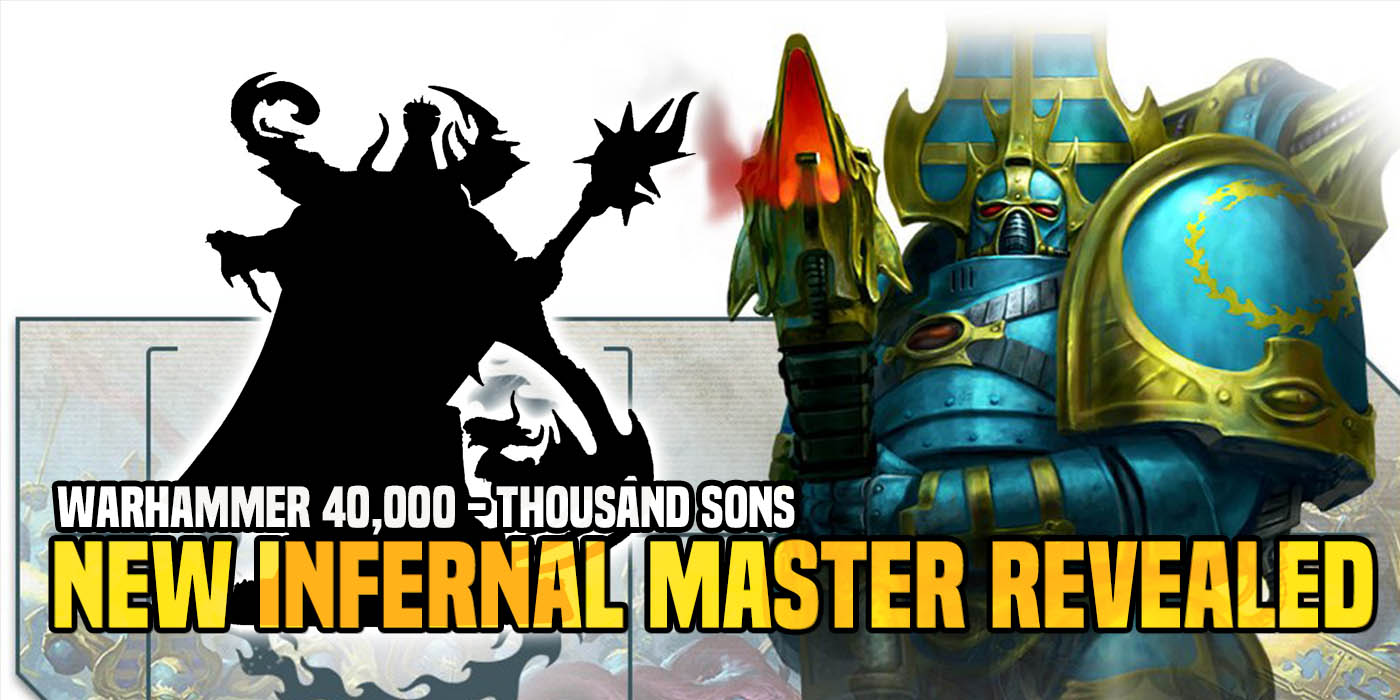 Games Workshop has revealed the new model for the Infernal Master – the new character for the Thousand Sons!

We knew that the Thousand Sons were due for a codex update along side the Grey Knights after GW announced them in the preview for the Chapter Approved 2021. One thing that was confirmed was that a new character was on the way as well – The Infernal Master. Today, we’re getting a look at this new model as well as some of his rules, too.

“Infernal Masters are sorcerers of the Thousand Sons who specialise in daemonology, enabling them to strike bargains with the powers of the warp to secure otherworldly aid. “ 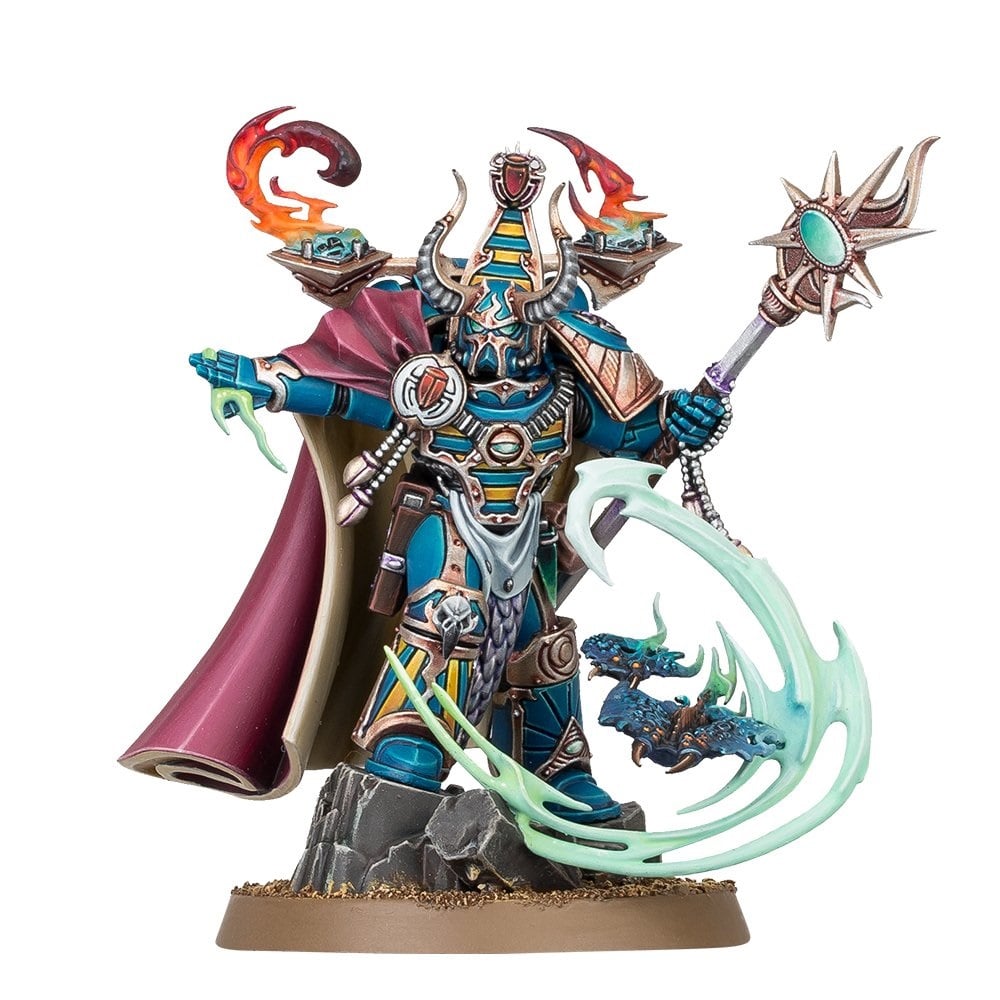 And yes, that is a pair of tiny Screamers of Tzeentch! 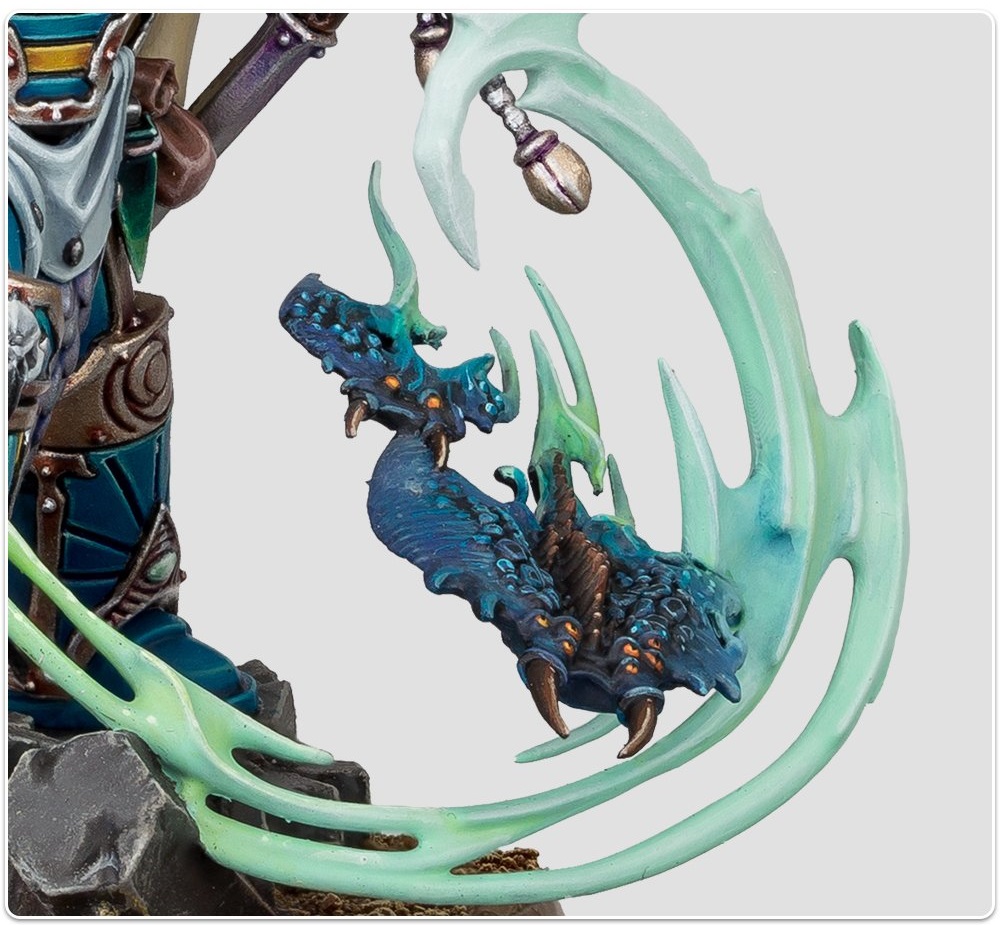 These little screamers are familiars for the Infernal Master and are known as tutelaries. We’re just going to call them “cute” and “cuddly” …okay maybe not so cuddly as they do have massive fangs still.

In any case, the Infernal Master also has some new rules to match.

“Every Infernal Master knows two of the six Infernal Pacts that feature in the new codex, each of which summons tutelaries from the warp to intervene on the battlefield.”

And because it’s a teaser GW has provided two of the six Infernal Pacts…probably to tempt us with forbidden knowledge. 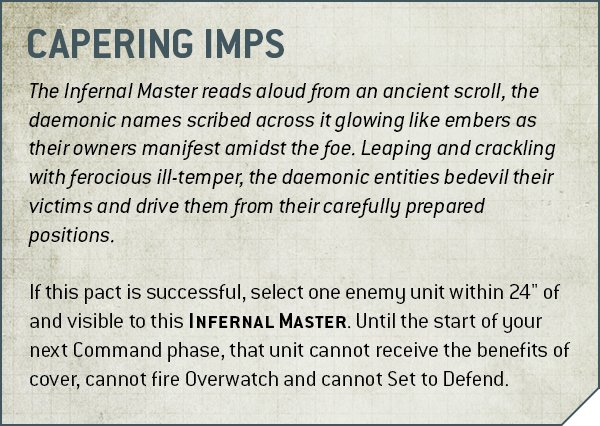 This one is pretty mean! Deny the target the benefits of cover, Overwatch, and the ability to “set to Defend” – all for the low, low price of an Infernal Pact…moving on to the next one. 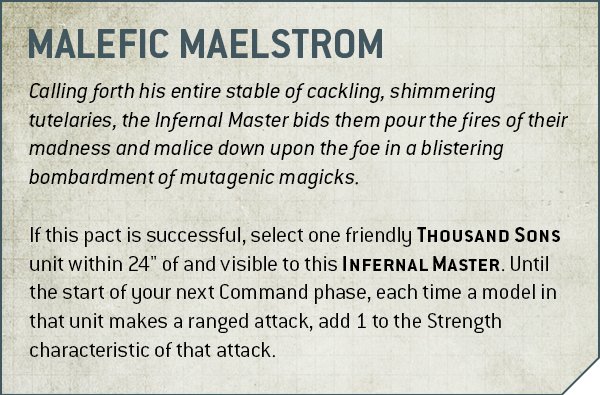 When you combine the +1 strength to whatever weapons you want in the Thousand Sons arsenal, there are LOTs of fun options that come to mind. Couple that with the enhanced AP and, well, you’re going to turn-up the pain from your Rubric Marines for sure. Or beefier units… 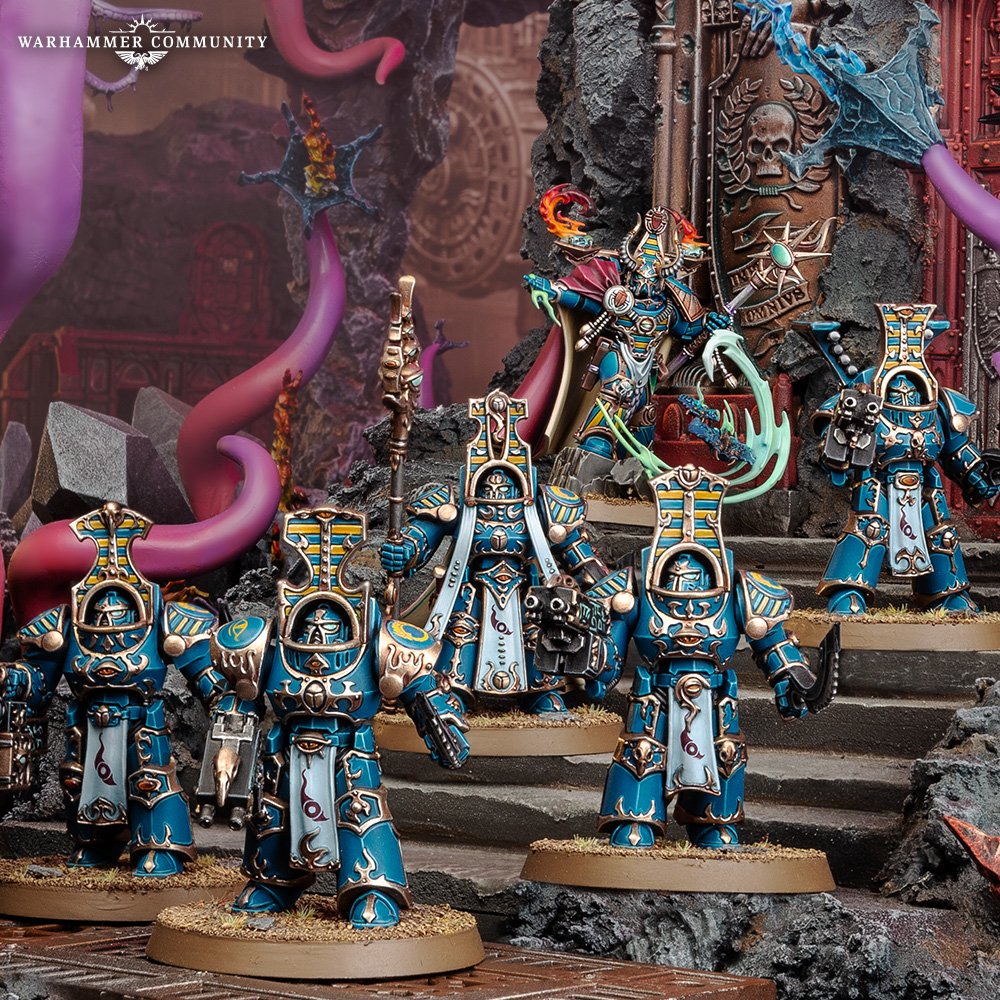 The Thousand Sons are coming soon and the new Infernal Master wants to play! 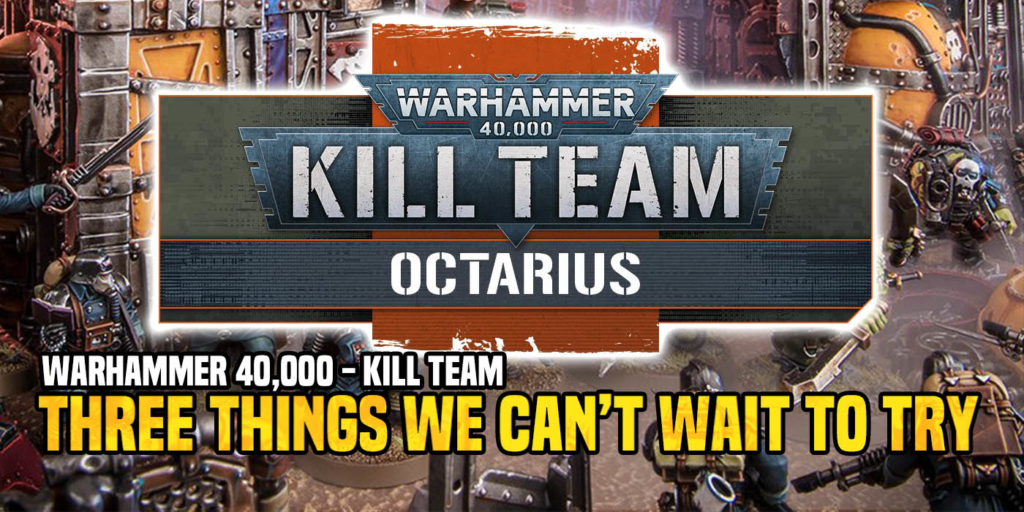