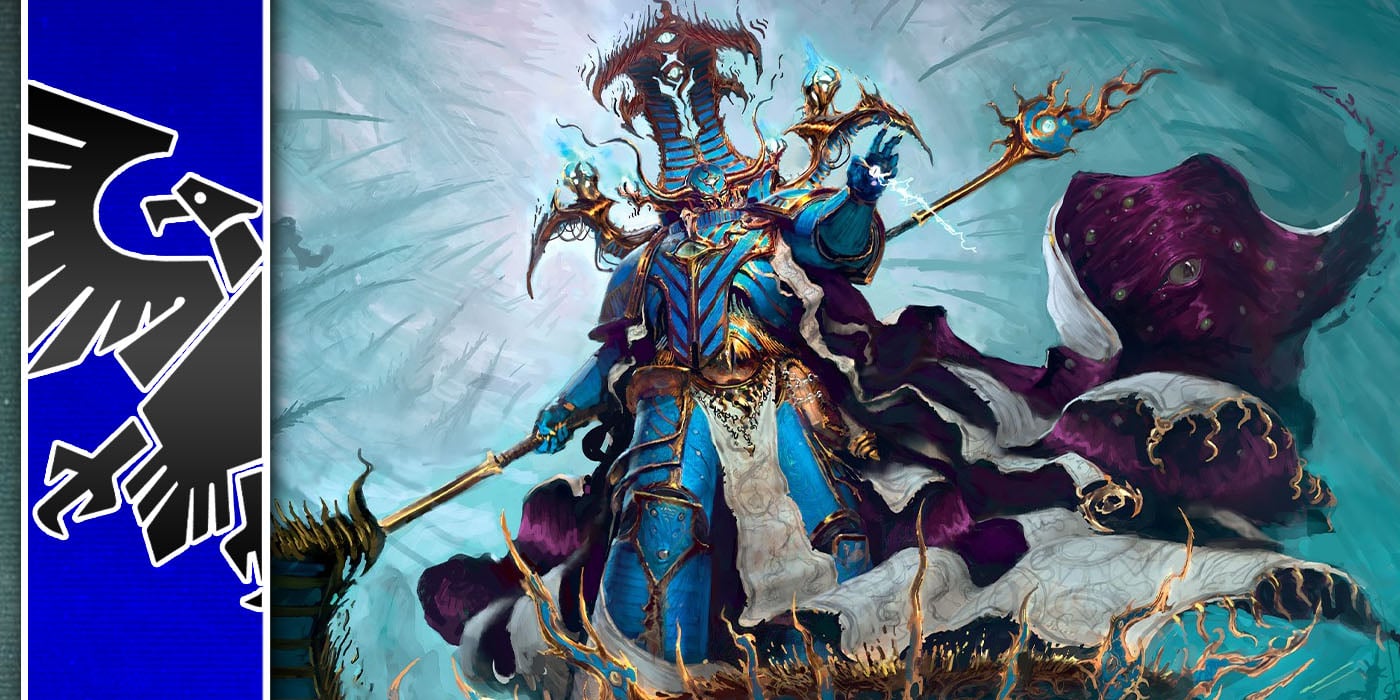 Goatboy here to talk about the top 5 things I really like about the new Thousand Sons book.

They range from powerful interactions to just how the army seems to be built – with limitations and bonuses to help create a truly themed Thousand Sons force.  Overall I think the book looks pretty interesting.  They seem to have gotten the better end of the the Hexfire battle with what I feel are better powers and interactions when compared to Grey Knights.  This isn’t saying the Grey Knight book is bad – it is just the codex update feels like they did more with Thousand Sons due to the overall nature of how 9th is working out.

With that in mind – let’s break down the top 5 in no particular order. 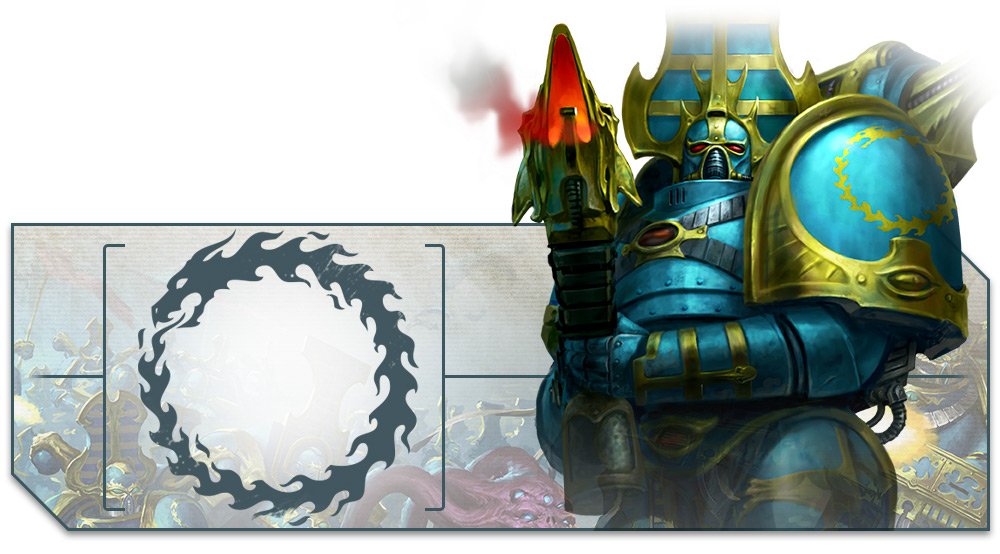 They made the Warpcraft/Warp stuff secondary actually worthwhile.  This is a huge thing as I always felt that Secondary was tacked on to try and give a weird option for armies.  Most of the time it felt like it would never do enough to make the choice worth it.  Plus – it was one of the few actions your opponent can stop beyond just playing the game.  This meant the actions should have been worth a ton more points to invest losing a “turn” to do it.  Thankfully the Thousand Sons Psychic Secondaries are useful and there are ways to do it and still be able to do something.  Plus – the entire army casts spells so losing one guy to fiddle around with an action isn’t the end of the world.

Mutate Landscape is what it is called and it is a Psychic action that lets you mutate an objective and gain 3 VP at the end of the Battle for each objective.  The WC goes up by one after each successful cast (Starts at 4) which with the movement abilities and other options in the book gives you a good shot at getting 9 to 12 VP – solid enough to fall in line with some of the other objectives to try and do both things during a game (Engage etc).  This is the way to get a thematic objective to work in a different Secondary Bucket.

They made Magnus pretty special.  Just like Mortarion – Magnus gets a ton of Warlord traits and has to be the Warlord.  He does gain some useful things and he continues to be the “centerpiece” model for an army.  Between generating 4 Cabalistic Ritual points (talk about that in a sec) as well as knowing all the spells he has access to, ignoring perils, reroll deny tests, and take 1 less damage he can be pretty mean.  He has more attacks as well plus he is also cheaper.  All of these things make him an interesting option in the book and while he doesn’t match Morty in terms of his damage output/board presence – he can do a lot more as a buff machine for your army.

Oh hey – all the Daemon engines got updated with hitting on 3’s now.  We can see where CSM are going with this army and thankfully most of the Daemon engines seem interesting.  We will see if they will show up or not but it is pretty interesting.  I think the big winner out of here is the Heldrake as he appears to be a very mean monster.  His flamer went to assault, he can do a Vector Strike, and is a murder machine for flyers.  Just in time to deal with the Admech flyers and the Ork stuff coming out.  Oh – and mess up some Dark Eldar Bombers that could ruin your day if they are hot with their 4+ to deal boatloads of mortal wounds.

Yup lots of things got more wounds but we did see the Rubric Marines going to a 10 man squad.  It appears they really want to leave the things sitting at most around 30 wounds for a blob (Orks are the only real ones left) while most other armies sit at 20 wounds per squad.  I am sure I will talk about the writing on the wall for CSM in the future but for now beyond just things getting more wounds the other big buff unit is the lowly Rhino.

The Rhino gets some keywords that help it out – Arcana Astartes – which grants it a 5+ invulnerable save as well as Inferno Bolter attached to its hull.  You can drop another Combi-Bolter on there and you start to have a rough little bolter machine that can throw out some extra AP -2 wounds as needed.  I bet will see a lot of things on the tabletop as you shuffle around your army of death machines to throw out evil sorcerer firepower.

Cabalistic ritual is a new rule that has you generate “points” per turn you can use to do extra things.  A lot of these are pretty interesting and after you use the Ritual you burn the points and have to wait till the next turn to generate more.  Depending on the casters on the tabletop will grant you points.  They range from helping you cast spells, do other damage, and just be a better army.  This is probably the jelly that holds this PBJ sandwich together and something will have to dig into later on as we build out some  TSons lists.  It is a neat thing as it gives the player options to control how their army works turn by turn instead of forcing you to swap options or figure out another method of gameplay control. 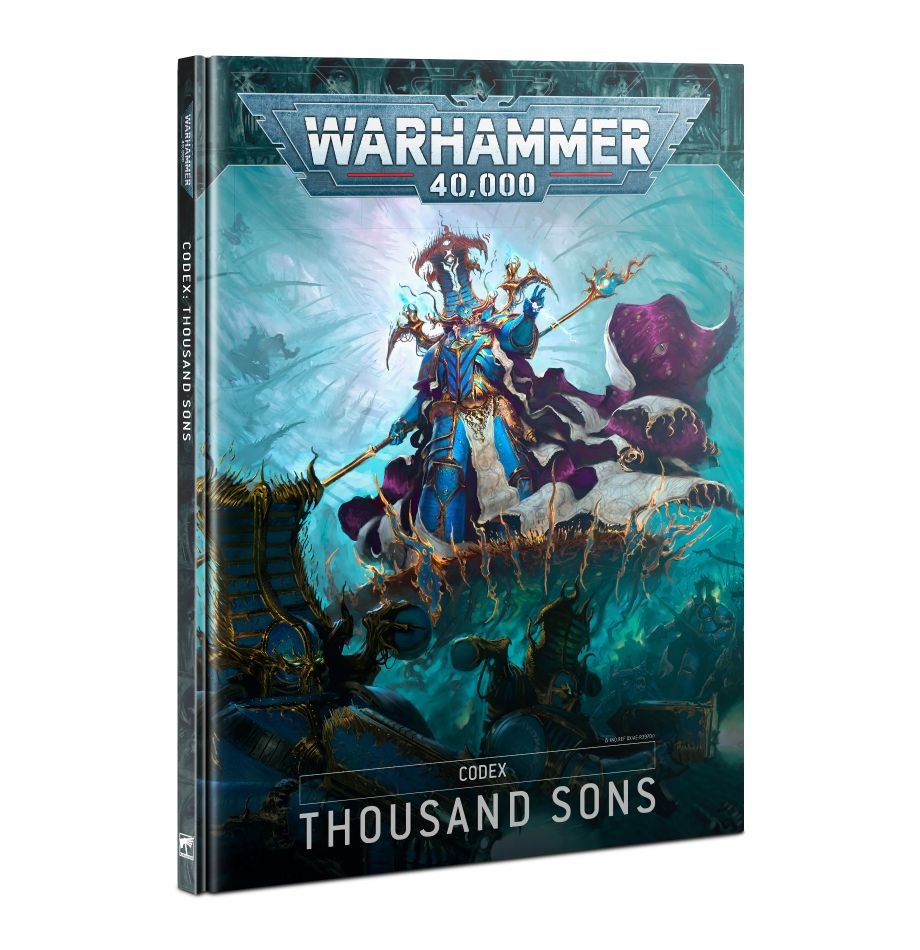 Overall I think this book sits well in the middle of the pack.  I don’t think this is another Ad Mech monster or DE bad touch book.  It should be a pain for a lot of other armies to deal with and can do a lot of damage as needed.  Thankfully they were smart in creating a unique set of Secondaries to help let you play the army in a true Thousand Sons way.  I know I didn’t go over a lot of things but really wanted to touch on the biggest things that might have me excited to pick up some Rubric marines.  Expect to see most armies full of them, a few Tzaangors to do some mission stuff, and a big block of 10 Terminators to help the center out.  They will be lead by some crazy Hero Hammer options as you will have a ton of casters throwing spells onto that middle block unit and try to withstand the damage onslaught brought on by your enemies.

Author: Thomas / Goatboy
Thomas Reidy, aka Goatboy, the ever-evil member of BoLS. I do arts, play 40k, and even paint a lot of stuff. I have been playing Warhammer 40K since the 1990s, and have won multiple national events including Adepticon and GW GTs. I've been writing for BoLS for 15 years. Look at my Instagram to see what I am working on - or working on for someone. I am always doing something hobby related.
Advertisement
Chaos Marines Rules Warhammer 40k Warhammer 40K 9th Edition
Advertisement