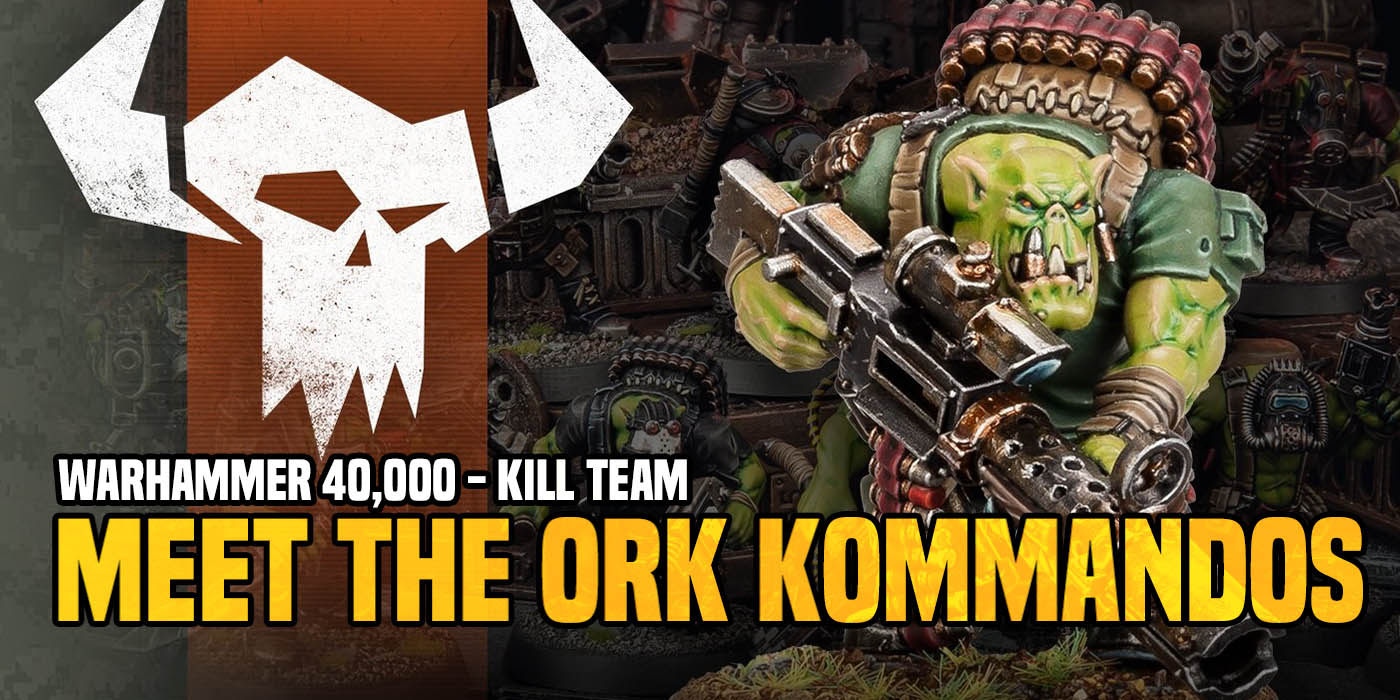 The new Ork Kommandos in the Kill Team Box are quite impressive models. But how do they perform on the tabletop? We’re getting a closer look to find out.

Kill Team is packed full of new models and kits and one batch that we’re very interested in are the new Ork Kommandos. We’ve seen the models in previews and they look awesome. Today, we’re getting a closer look at their rules to see how they might handle themselves on the battlefields of Kill Team.

“They may differ from regular Orks by sticking to the shadows and only bellowing “Waaagh!” once their cover is blown, but Kommandos are still every bit as lethal as their less subtle chums. “ 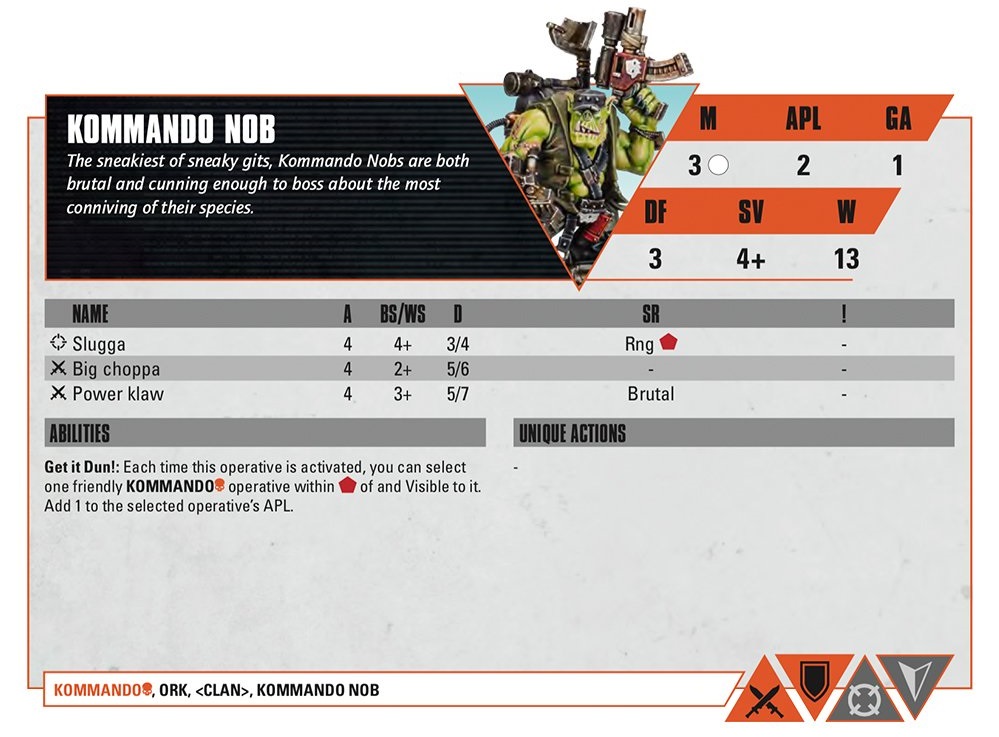 The Kommando Nob leads his boyz into battle and he’s got some pretty mean stats to walk the walk. Note his 13 wounds! That’s a Nob alright. And don’t discount his weapons either – he’s going to be able to get the job done when the time comes.

One of the really interesting new options in the Kommandos is the new Breacher Boy. Well, that big breaching tool isn’t just for show: 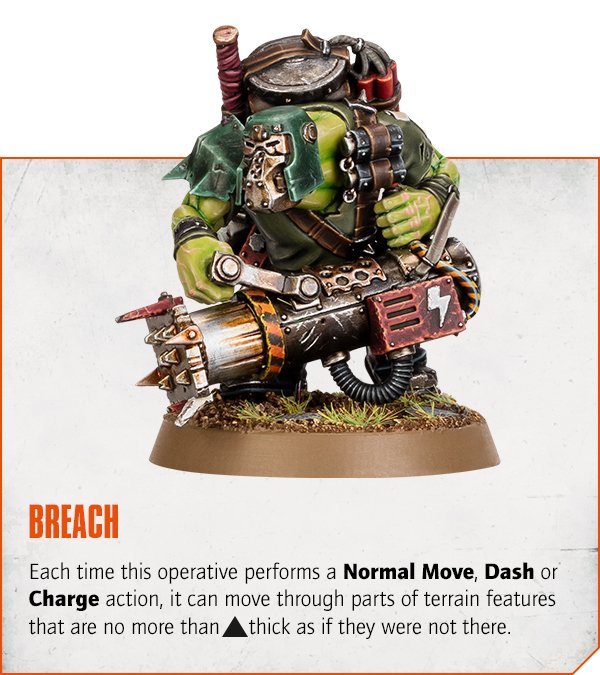 Yep! He’s basically going to get to “Kool-aid Man” his way through walls. OH YEAH!

The Slasha Boy on the other hand has too many weapons to hold in his two hands – but that’s okay, he’ll find a way. His knives are no joke but he’s also got some tricks in melee than your opponent’s might not expect: 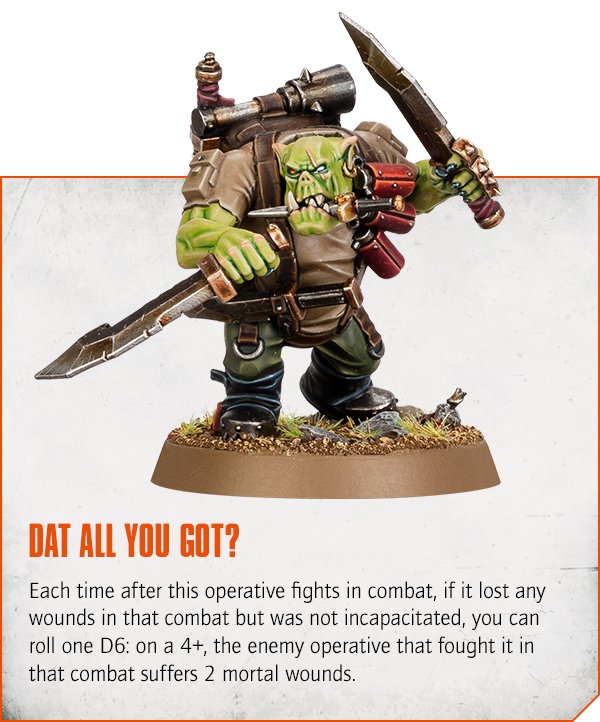 Ork Kommandos do things differently than other Orks. For example, they might actually bother to TRAIN their shooting abilities. Shocking, I know. One such Kommando is the Dakka Boy: 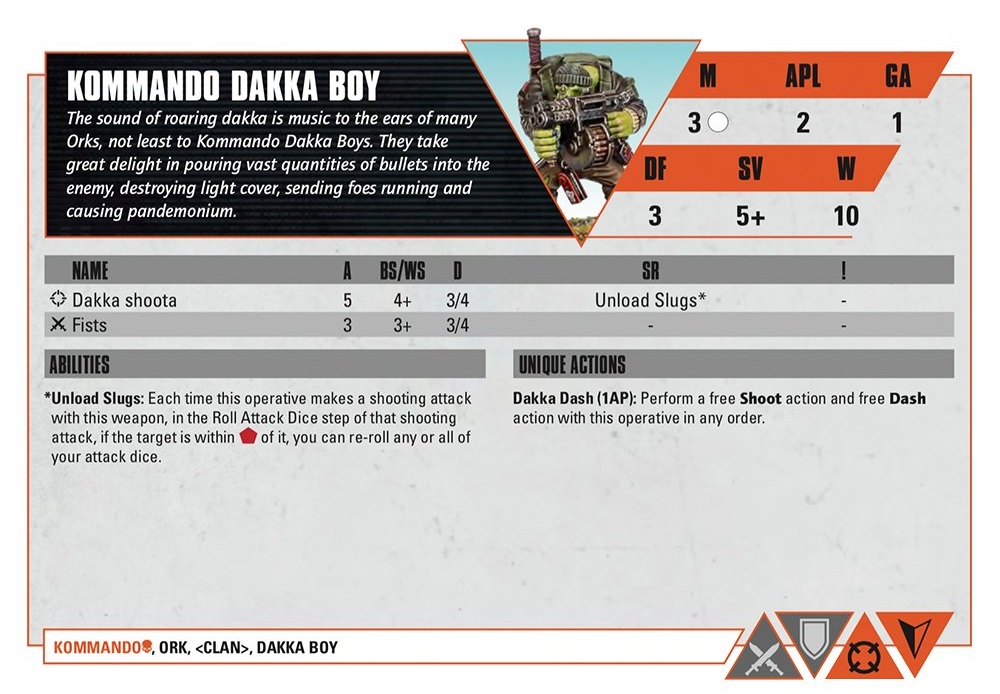 He hits on a 4+ (which is basically an aimbot for an Ork). Couple that with his Dakka Dash ability and he’s going to be able to really get that action economy going. Move him into position, then Dakka Dash to fire and fade. Or Dash, shoot, then move again – you’ve got 2 Action points, use them!

Speaking of Orks who can actually shoot – there is even an Ork Kommando Snipa Boy! What a world we live in now! 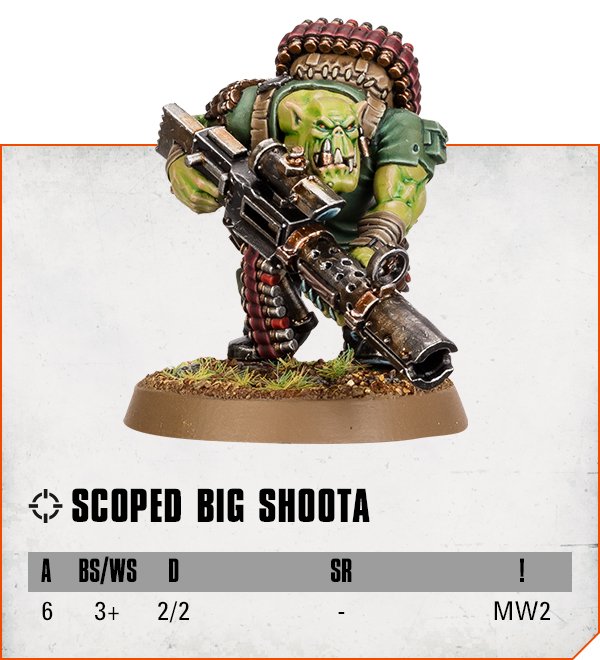 An Ork that hits in shooting with a 3+? If a 4+ is an aimbot, this must be the upgraded package with wall hacks then. Oh and he still gets 6 shots – because even an Ork Sniper loves the Dakka! 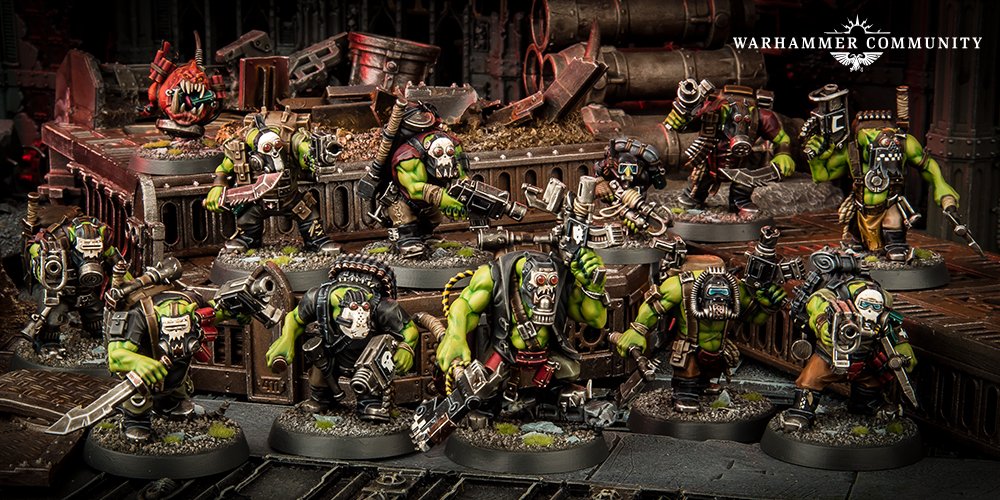 There are lots more Ork Kommandos in the Kill Team box you’ll be able to build and use in your games. They are going to make a great addition to the Ork line-up for sure.

What do you think of the Ork Kommandos and their rules? Do you think they are going to get the same treatment in 40k?