Age of Sigmar: A Hero By Any Other Name – PRIME 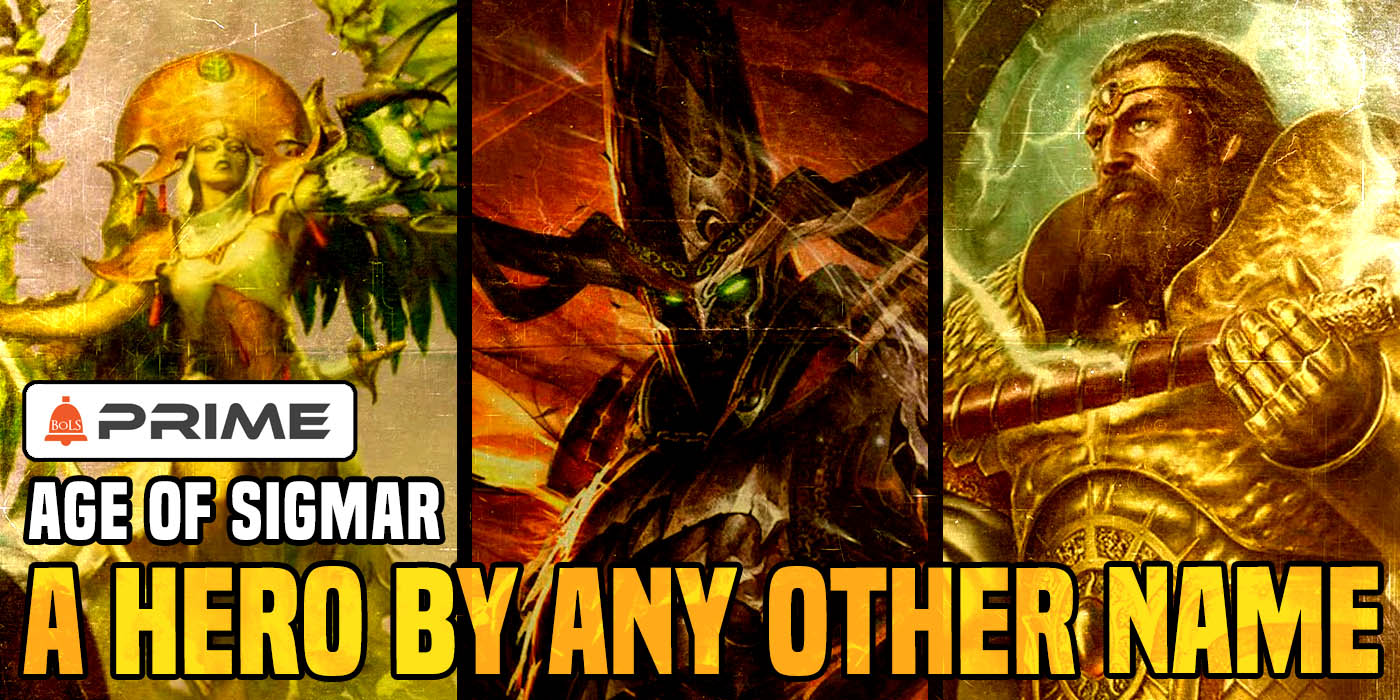 For every shadow, a light must exist. Let's explore the counterparts of Age of Sigmar's mightiest heroes.

Last week, we explored the inspirations and parallels of the big bads of AoS, and to give equal airtime to both sides, today we'll be looking into the noble heroes of the realms. Age of Sigmar has some of the coolest heroes ever, and though their morals and motivations are questionable at times (looking at you, aelves), at the end of the day, they are fighting against the destruction of the Realms or their descent into Chaos. Just like their villainous counterparts, all the heroes have some common themes with heroes in tropes in other media, and we'll be exploring a few of them. Of course, as with the baddies, there are far too many AoS heroes to cover them all, but here are a few of the primary contenders keeping the forces of evil in check.
Sigmar

The God-King of Azyr, Lord of the Stormcast Eternals, and the primary human god, Sigmar had to deal with apotheosis twice; first, when he died as a mortal man in the early history of the World that Was, and then again with the draconic spirit Dracothian snatched his essence out of the ether and helped him regain corporeal form. He is the face of the Order faction and one of the only truly good entities in the Mortal Realms. Though he takes a more active approach in the events of the Realms, we still don't ...